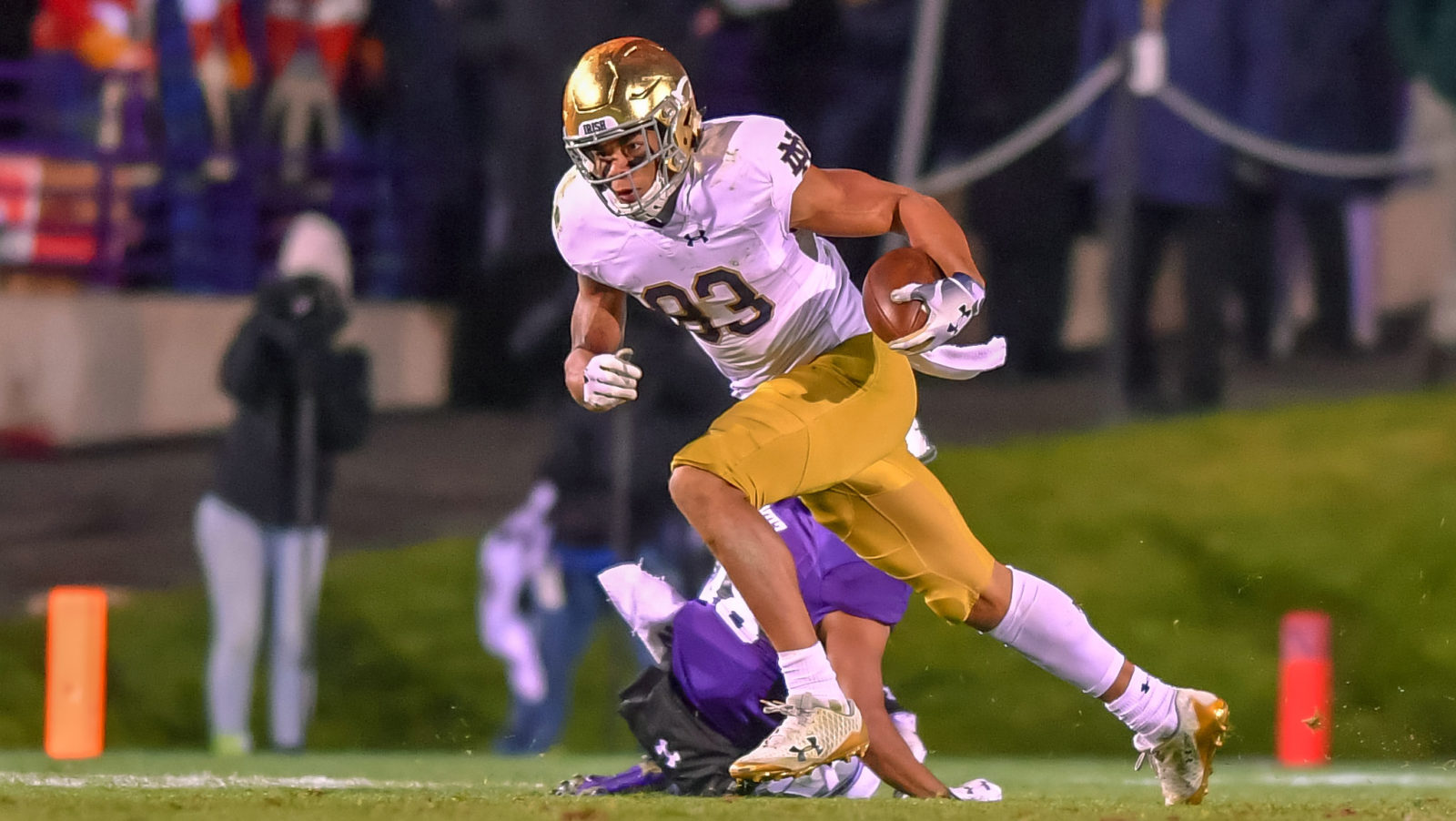 The NFL draft has come and gone, meaning it is officially time for our most speculative and rumour-filled four days of the year.

As happens each year, there are talented national players flirting with the chance to make an NFL roster by starting from the bottom as an undrafted free agent or rookie mini-camp signing.

CFL teams will have to evaluate how serious the interest is from both the players chosen and the teams that have given them their NFL opportunities.

Depending on the level of interest and perceived ability of a national player to challenge for an NFL roster or practice squad position, they can be deemed a larger risk to being drafted as the drafting team might never get a chance to work with the player.

With that in mind, let’s take a look at the names that have drawn NFL interest in the last couple of days and how it might impact their drafting North of the border this Thursday. 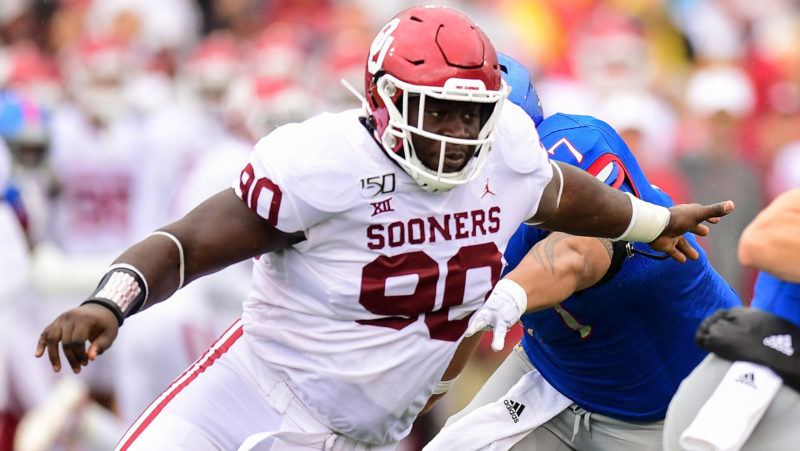 Gallimore was selected by the Dallas Cowboys with the 82nd pick in the 2020 NFL Draft after being rumoured to possibly dip into the first round. He is the top-ranked prospect in the final edition of the CFL Scouting Bureau rankings.

In 14 games — including playoffs — this past season, the Ottawa native posted 30 tackles, 7.5 tackles for loss, four sacks and two forced fumbles for the Sooners. He follows in the footsteps of Brent Urban, Christian Covington, David Onyemata and Nathan Shepherd as talented Canadian defensive lineman recently drafted to the NFL.

For perspective, those players were drafted in the CFL 43rd (Covington), 35th (Onyemata) and 15th (Urban). The unique situation for Gallimore is his hometown CFL team happens to have a territorial selection at the end of the second round in a year with minimal talent coming from Ottawa natives.

I believe due to this Gallimore will go 20th overall with the line of reasoning being that it’s an extra pick anyways and if Gallimore ever comes to the CFL, Ottawa HAS to have his rights. The alternatives are to defer the pick into later rounds or draft a player who doesn’t deserve a second-round grade, neither of which are enticing.

The Pittsburgh Steelers took Claypool with the 49th overall pick in the 2020 NFL Draft. In his final season with the Fighting Irish, Claypool was the go-to target in the passing game, hauling in 66 passes for 1,037 yards and 13 touchdowns in 13 games — including the team’s bowl appearance.

His combination of size and speed combined with major NCAA production in a big time setting should result in Claypool sliding down the CFL Draft significantly Thursday, but once into the 3rd or fourth round the option to take a flyer on Claypool should be deemed too enticing to pass up for some teams.

O’Donnell is the best offensive line product to come from U SPORTS since Super Bowl champion Laurent Duvernay-Tardif was taken by the Kansas City Chiefs before being drafted 19th overall by the Calgary Stampeders.

O’Donnell signed with the Colts and received a $25,000 signing bonus, which should give an indication about the bidding war that likely played out for his services.

O’Donnell will slide down the draft order but I believe he’s still worth the risk as a late first round or early second round pick. Considering the Colts already have a few established lineman including standout Quenton Nelson and Anthony Castanzo and O’Donnell’s CFL upside is too strong to ignore. 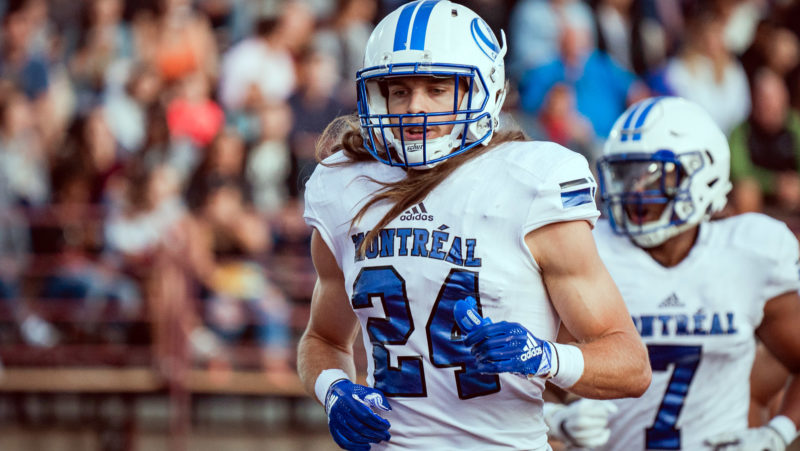 Now THIS is a tough one to project.

Dequoy could go one of two ways, following in the footsteps of former RSEQ standouts to sign with NFL teams.

He could be former Laval DE Mathieu Betts, who went to Chicago and was still taken fourth overall last year by the Edmonton Eskimos, whom he eventually signed with later in the season. Or he could follow former Laval TE Antony Auclair, who signed with the Tampa Bay Buccaneers and remains on the roster to this day.

Rourke — at the moment this was written — has NOT been signed by an NFL club. That isn’t to say he won’t be or doesn’t deserve to be, but if he doesn’t sign anywhere this week it could dramatically alter the landscape of the CFL Draft. One of the most accomplished and talented Canadian quarterbacks ever, Rourke could be destined to play his professional football in Canada.

Hoecht was honestly a mystery to me until a couple months ago, but after watching a couple of his games and a virtual pro day posted online, it’s not hard to see why the defensive lineman out of Brown is highly respected in the CFL Draft and now an NFL employee.

Hoecht is all of six-foot-four and 295 pounds but he runs well (he posted a 4.65-second 40-yard dash), has game strength that resonated in his athletic testing (23 reps of 225 pounds on the bench press) and has a thoughtfulness in his approach to the game. Everything he does from snap to whistle has a purpose and there is little wasted energy on irrelevant movement. Expect Hoecht to land somewhere in the teens  in the CFL Draft, unless a club finds out he has little or no chance to stick with the Rams.

At six-foot-seven and 237 pounds, Rysen John reminds me of a slightly lankier Brayden Lenius, who was drafted in the second round by the Riders last year. His ball skills and frame alone were worth an NFL look, but will he stick? I don’t think CFL teams will be as dissuaded on John’s NFL opportunities as they would be with an O’Donnell or Dequoy.