TORONTO — Throughout the year, programs from across North America are going up against one another to decide who reigns supreme.

But what schools have also been able to churn out top professional football players?

Ahead of the Calgary Stampeders ringing in the 2020 CFL Draft on Thursday, we take a look back at which U SPORTS and NCAA programs have produced the most CFL talent through the draft over the last 15 years.

RELATED
» Steinberg’s MMQB: 3 players to watch in the first round of the CFL Draft
» Ferguson: How NFL opportunites affect the CFL draft
» O’Leary: Ticats reaping rewards from Manziel trade

In the case of U SPORTS programs, the powerhouses in the nation have been able to pump out the most prospects to the next level.

The University of Calgary tops the list, as they’ve had a record 57 players taken in the CFL Draft.

In 2017, they had nine players selected. A year later, eight more members of the program were drafted.

Following their first Vanier Cup since the ’90s, the Dinos are set to send another crop of up and comers to the CFL, including former Hec Crighton winner Adam Sinagra and defensive back Treshaun Abrams-Webster, who both have the chance to go in the first half of the draft.

As teams that regularly make it to the Vanier Cup, Laval and Western aren’t surprising, but for a team that hasn’t been to a Vanier since 2007, Manitoba consistently turns out top talents.

Out of any school, Manitoba saw the most individuals have their names called in the 2019 Draft. Zack Williams, Shai Ross, Tariq Lachance, Chris Larsen, Derek Dufault, Samson Abbott and Jamel Lyles were all taken.

Unsurprisingly, the NCAA program that produces the most CFL players is Simon Fraser. The school in Burnaby, BC transitioned from a U SPORTS program to NCAA Division II back in 2010.

26 Clan alumni have been taken in the history of the draft and there’s been at least one player from the school taken in each of the past six drafts.

Brad Lyons was the latest Simon Fraser alumni to be taken. The BC Lions selected the defensive lineman with the 60th overall pick in last year’s draft.

Today, there are eight active players in the league that spent their time with SFU. Lions receiver Lemar Durant was originally taken by Calgary in the second round back in 2015. After moving over to BC, he’s become one of the Lions’ top pass-catching options.

Joining him in the league is offensive linemen Michael Couture and Brad Erdos, defensive back Derek Jones, defensive lineman Andrew Marshall, running back Ante Milanovic-Litre and both Jordan and Justin Herdman-Reed.

But what about schools in the United States that have shown a knack for producing top Canadian talents?

There are two programs south of the border that have tied for the most Canadians drafted: Connecticut and Eastern Michigan.

A former Husky has been selected in each of the last two drafts and three have gone in the past five years.

The last draftee that hailed from UConn was receiver Hergy Mayala, who was one of the top prospects available in the 2019 class before slipping to eighth overall, where the Calgary Stampeders scooped him up. 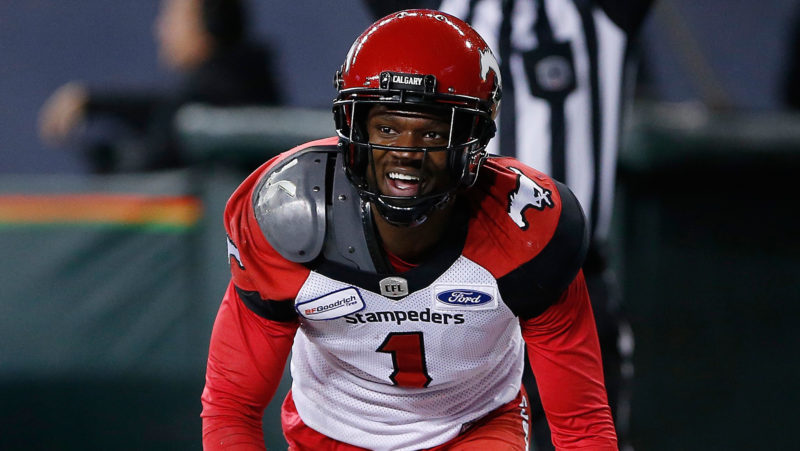 North Dakota has started to emerge as a school that can produce Nationals, including those hailing from Manitoba.

Former Fighting Hawks running Brady Oliveira — who hails from Winnipeg — was taken by the Bombers with the 14th overall pick in the draft.

His teammate, Mason Bennett is now one of the top prospects available this year. The all-time leader in sacks in Division I program history has the chance to go in the top 10 and be a difference-maker this season.

There’s a chance that some new schools could have alumni added to this list in just a few days. Among the players that are available, Yale, Stanford, Towson, Western Oregon, Brown, Hobart, UCLA, Nevada and Ohio will all be represented alongside the top talents from across U SPORTS.

Will one of these school join the list of programs to have players drafted into the CFL? We’ll have to wait until draft day to find out.