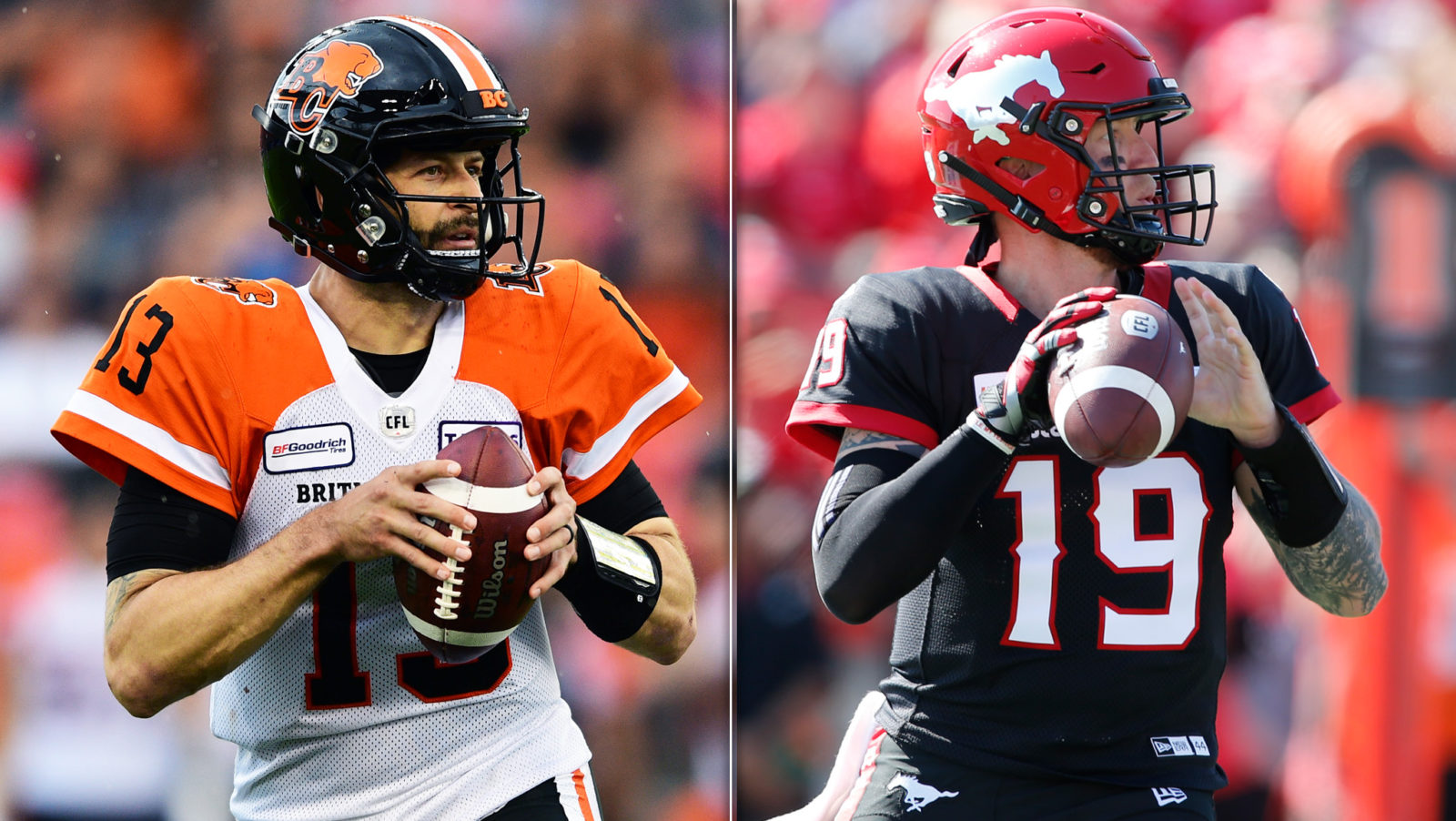 TORONTO — The debate of the best player in any sport is always controversial.

Do you base your answer purely on statistics? Wins and losses? Ability to perform in clutch situations? Championship victories?

In the CFL there are two quarterbacks who could, based on all of those questions, make a compelling case to be named the best of the best. Those two pivots are Mike Reilly and Bo Levi Mitchell.

These two heavyweights have been the tops in five of the last six years for passing titles, Most Outstanding Player accolades (three between the pair) and Grey Cup appearances (five between them). Reilly has been voted the toughest player in the league multiple times, while Mitchell has been commended for leading a dynasty in Calgary.

We would have been treated to another edition of the Bo vs. Mike saga last week, as the BC Lions were set to head to Calgary to take on the Stampeders. It makes you wonder what we could have seen from the two pivots, as both are coming off injuries in 2019 and have each said that they would have been ready to go if the season had started on time.

As we await for the go-ahead for the next time these two meet in 2020, let’s take a look at how they compare to each other statistically.

Mitchell leads the way in the win/loss column, taking eight of the 12 contests. However, Reilly has the edge in the completion percentage (68.8%) and has thrown more passes and completions in the contests they’ve faced each other. The Lions’ pivot also has throw more yards, 3,739, compared to Mitchell’s 3,345.

Reilly has thrown one more touchdown and four less interceptions than Mitchell (19 TDs and 14 INTs). In QB efficiency, Reilly comes out on top with a 98.6 percent compared to Mitchell’s 89.6.

As mentioned, Mitchell has come away with more victories when these two have met, including the first time they faced each other. Reilly and Mitchell first met on September 6 in 2013. Mitchell and his Stampeders took the victory as the Calgary pivot went 19-26 for 175 yards, one touchdown and one interception. Reilly went 16-26 for 194 yards, and didn’t throw a single touchdown or interception.

Another notable meeting was the Labour Day rematch in 2018. The pair combined for 888 passing yards, 90 passing attempts, seven touchdowns and four interceptions. Reilly and his Eskimos came away with the 48-42 win. In total, the teams combined for 1,052 yards, close to the record of 1,248 set on Octover 12, 1991 by BC and Edmonton.

All of that is to say, no matter what you base your decision on, it’s undeniable that Mitchell and Reilly are two of the best in the business.