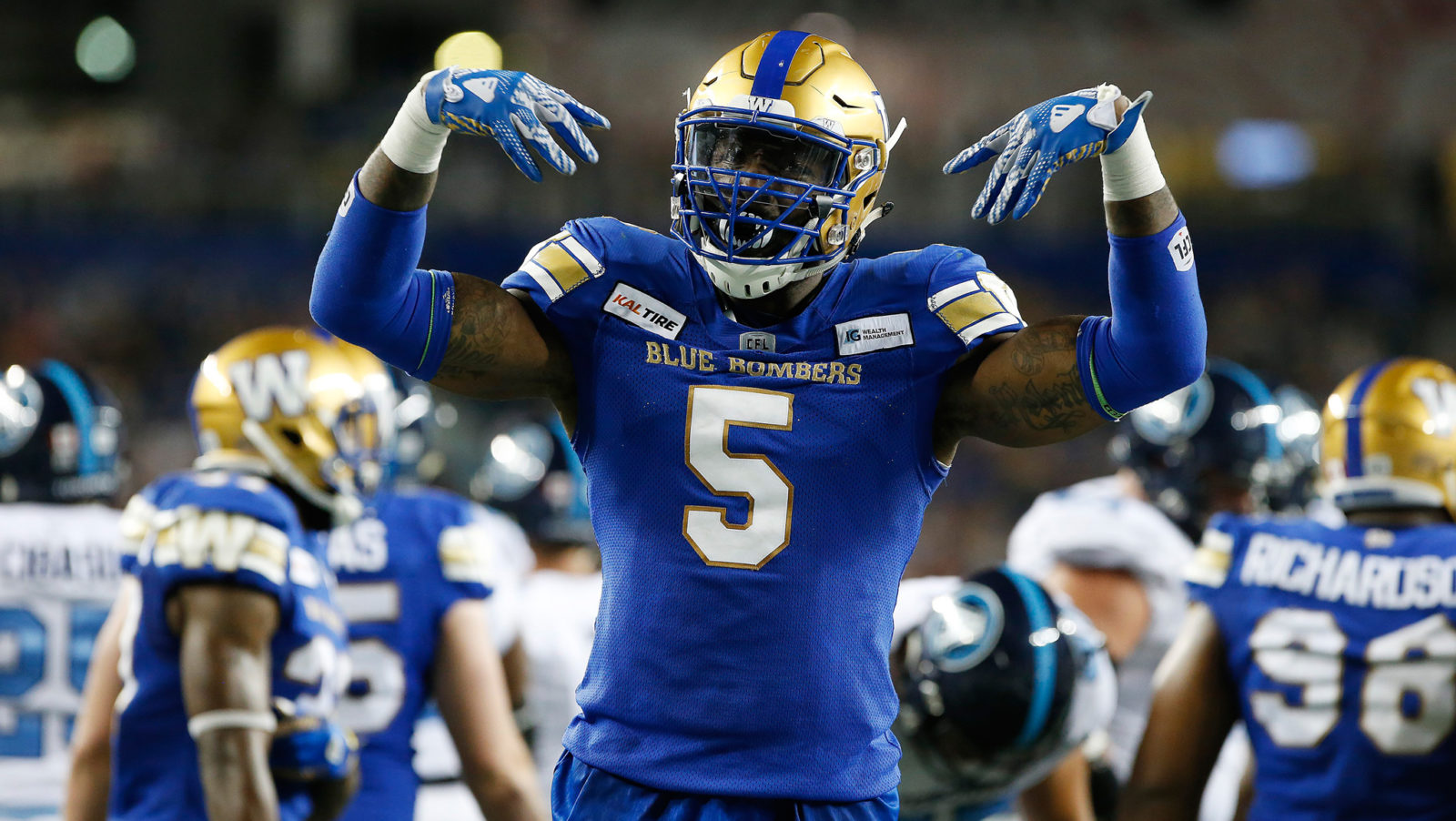 Imagine being a fly on the wall in an anonymous-looking visitor’s dressing room at a CFL stadium.

Ricky Ray has Jon Cornish to his left and maybe Rene Paredes to his right. The receivers — Greg Ellingson, Brandon Banks, Fred Stamps, Derel Walker and Bryan Burnham — are bunched together with Chad Owens, who is also your returner.

On the other side of the room are their defensive counterparts: Ed Gainey, Keon Raymond, Jamar Wall, Pat Watkins and Tyron Brackenridge. You scan the room and it’s all clustered by position. You see some of the biggest names the league has showcased over the last 10 years. There’s Odell Willis, Willie Jefferson, Micah Johnson and Eddie Steele. There’s Alex Singleton, Henoc Muamba and Simoni Lawrence. The other side of the trenches features Chris Van Zeyl, Derek Dennis, Scott Flory and Matt O’Donnell. With Paredes, you have kicker Richie Leone and Jason Arakgi guaranteeing to make plays as a cover man on special teams.

Then coach Dave Dickenson walks in to give his pre-game speech.

» Votes Are In: CFL unveils All-Decade Team
» Fans vote decade’s first game as its best
» Landry: A number of CFL greats will be left off ADT list
» Steinberg: Unraveling the story of an All-Decade QB

It’s here that you should realize that the second-team selections of the All-Decade Team presented by LeoVegas are really nothing to sneeze at (this seems like an important time to remind you that public health and safety experts would advise against sneezing at anything right now).

Debate and buzz around sports might be what fuel fandom and the games themselves. We just spent months debating who should comprise these teams and where they should fall and no one will be 100 per cent happy with the results (democracy, am I right?). With names in place and sides drawn, we could also imagine what it would be like to have each of these players at their best, in the same venue, going toe-to-toe.

This second-team might be underdogs by default, but it’s hard to bet against them. Ricky Ray led the 2017 Argos to a stunner of a Grey Cup win against a heavily favoured Stamps team. Greg Ellingson was a part of the 2016 Ottawa REDBLACKS team that did the same. Have you ever told Speedy Banks that he can’t do something? Go look at his timeline during a CFL season to see how he deals with naysayers.

Of course, Banks would be doing double duty in this scenario. He was named a first-team returner and a second-team receiver.

The CFL has always seemed to be a place where game day serves as the great equalizer. Aside from the odd five-in-a-row Edmonton team, very little is historically guaranteed when the players get on the field and the lights come on. It’s about who’s more prepared, who executes better, how costly your mistakes might be and if rain, snow or a windchill decide to play Lucy to someone’s unsuspecting Charlie Brown.

At the end of months of calls to vote, of stat analysis, of struggling with our own biases, we have our All-Decade Teams. When it comes down to it, knowing the players that are on these lists and seeing this collection of All-Stars, MOPs, champions and present-day and soon-to-be hall of famers, there may be favourites, but it’s hard to pick against any of them.