Two reactions came from this perch when the Canadian Football League dropped its free agent list just over a week ago.

The first: certainly there are a zillion things to do before a ball gets put on the tee in 2021, but the list is at least a positive indicator the league’s football departments are back in business.

And the second reaction? Holy spit, that’s a helluva list.

The list of Winnipeg Blue Bombers names totals 33 – 32 if you scratch Jovon Johnson, who signed a one-day contract in the spring to retire as a member of the club.

Of course 32 is a daunting number for GM Kyle Walters and the Bombers’ football brain trust to attack before the free agent market officially opens on February 9. But given the cancellation of the 2020 season back in August and the ability to re-sign players halted at the time, it’s not altogether surprising, either.

Consider at this time heading into the 2019 season, the list of prospective Bombers free agents was 31. And in the two years before that the totals were 18 and 21, respectively.

Critical in all this is the amount of money teams will have to spend on rebuilding their roster and that is especially true with the Bombers, who were primed to take a shot at becoming the first CFL outfit to go back to back since the Montreal Alouettes of 2009-10.

We’ve heard more talk of teams spending to the salary cap floor than ceiling and with budgets already being ‘adjusted’ in the football operations departments and the league’s revenue streams having been reduced to a trickle over the last few months, that seems a given.

We offered up a quick take on the Bombers’ list when it was first unveiled last week and it’s a crew that includes nine players who started games on offence, seven more on defence. One more on each side of the ball if you include receiver Kenny Lawler and defensive back Mercy Maston, both of whom had been released in September after the cancellation of the season in order to pursue other opportunities.

All of this has left us with a ton of questions about how Walters & Co. attack this. To that end, we’re adjusting our First & 10 column this week to dive into some of that, dropping the usual notes, quotes and links format to instead look at 10 questions/topics of discussion that have popped up while studying this group of names.

1. THE NAME THAT POPS OUT THE MOST… is Andrew Harris, the reigning three-time CFL rushing champion and the MVP and Most Valuable Canadian in the ’19 Grey Cup win.

Harris turns 34 in April but is coming off the two best rushing seasons in his career – galloping for 1,390 in 2018 and 1,380 a year later. Running backs don’t often age well in the game, and a player like Harris gets more touches – and takes more hits – than any other skilled position player in the CFL.

That said, a year ‘off’ to recharge might do wonders, too. 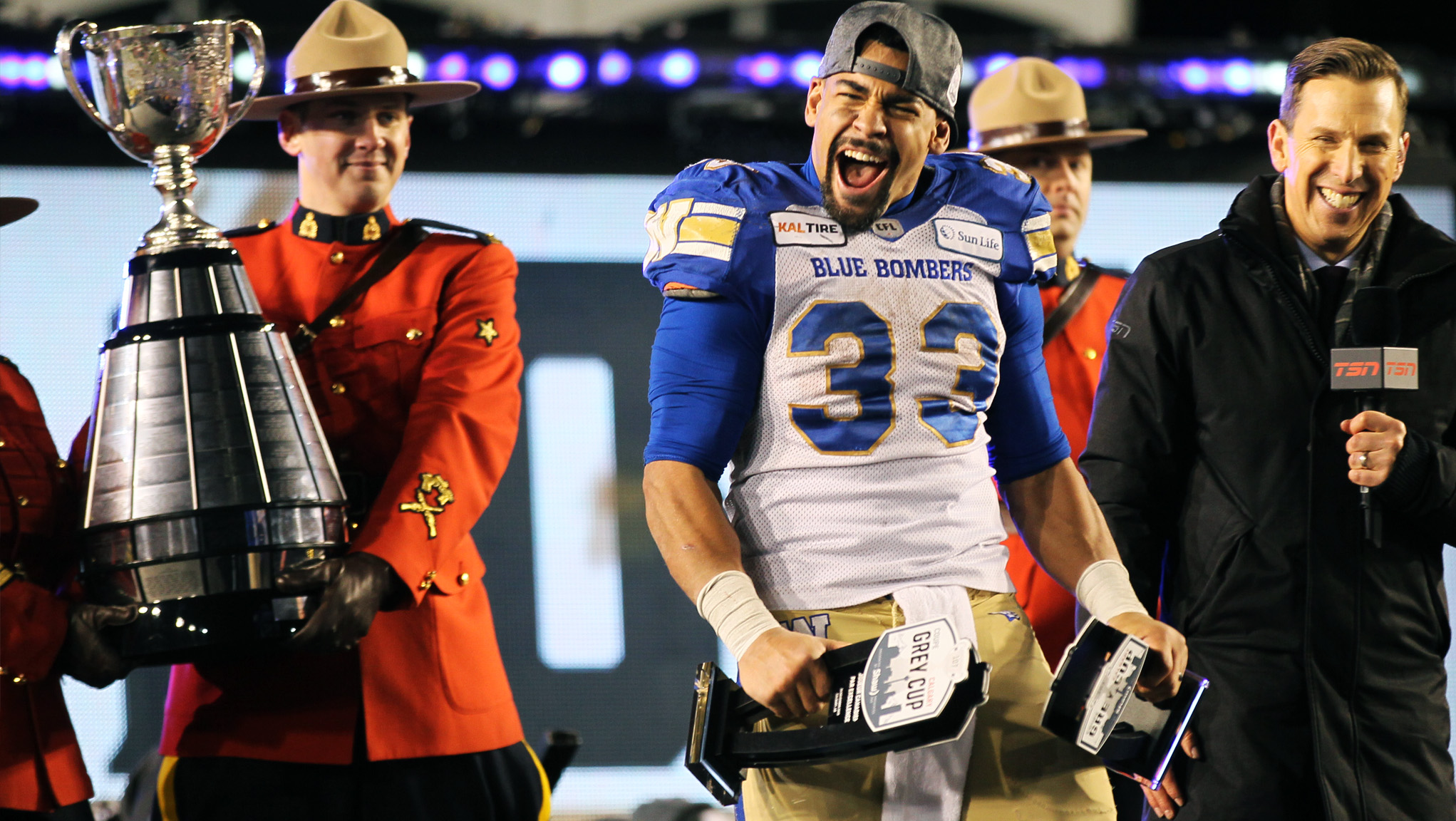 I spoke to Harris earlier this week about some of his community work and, naturally, asked him about what’s ahead in his immediate future.

“I know my agent has spoken to Kyle and they’re just trying to figure out how everything is going to look for next year,” said Harris. “It’s just a bit of a waiting game right now, but I’m looking forward to hopefully signing back. If not… then we’ll see how it plays out for me. I would love to still play another year and I’m looking forward to getting back on the field.”

Harris is also rocketing up a few of the CFL’s all-time list in terms of rushing and yards from scrimmage, statistics he is now acknowledging as important to him.

“The numbers, that part… it’s sunk in a little more,” he said. “I got someone to do a 10-year highlight tape for me that we’ll be releasing soon. It’s pretty cool. It’s 35 minutes of play after play from when I started in B.C. It starts with my first punt return to my first big play… it’s cool to see all these big plays, these touchdowns and runs back-to-back-to-back. It goes in chronological order and you can see the differences in my style of play to when I started playing here.

“It would be nice to keep it going a bit longer and move up those ranks and potentially do this again for Winnipeg.”

2. THE TWO BOOKENDS… that do so much to open holes for Harris and protect the quarterback – Stanley Bryant and Jermarcus Hardrick – are on this list. Both men have been critical in how the Bombers dominate the line of scrimmage – Bryant is a future hall of famer and one of the greatest tackles to ever pull on blue and gold; Hardrick is consistent, too, and one of the team’s emotional leaders.

Right now it’s virtually impossible to imagine the pair in another uniform, but…

3. THE CANADIAN HOG DEPTH… is also at risk in looking at the prospective free agent list. Included here are veteran Patrick Neufeld as well as Cody Speller and Geoff Gray – all three of whom started games last year.

The club does have Drew Desjarlais, Michael Couture and Tui Eli under contract and while it is one of the CFL’s commandments that you can never have too many quality Canadian offensive linemen, is there a way for the Bombers to have all six return?

4. JUSTIN ‘MONEY’ MEDLOCK… has really transformed the expectations for kicking, particularly placekicking, in these parts. He missed only six field-goal attempts all season and had a streak of hitting 21 straight into the playoffs, including going six for seven in the Grey Cup.

The reality here: he’s also 37 and not only on the back nine of his career, but might be considering putting out after losing a season to the pandemic.

Medlock is a future hall of famer and a massive question mark right now for the club. The Bombers have planned for this possibility, having selected Western’s Marc Liegghio in the 2020 CFL Draft. He’s an outstanding prospect, as Walters called him one of the ‘best kickers we’ve seen the draft in a while.’

5. THE BOMBERS’ SECONDARY… in the Grey Cup featured Winston Rose and Mike Jones at the corners, Marcus Sayles and Nick Taylor at halfback, Brandon Alexander at safety and Mercy Maston at the ‘dime’ or outside linebacker spot.

Rose is on the practice roster of the Cincinnati Bengals, Sayles has had two looks from the Minnesota Vikings this year and is a free agent, as are Alexander, Taylor and Maston.

No position group regularly undergoes more turnover with the Bombers than the defensive backs, but, wow, that’s a whole pile of question marks on the depth chart right now. 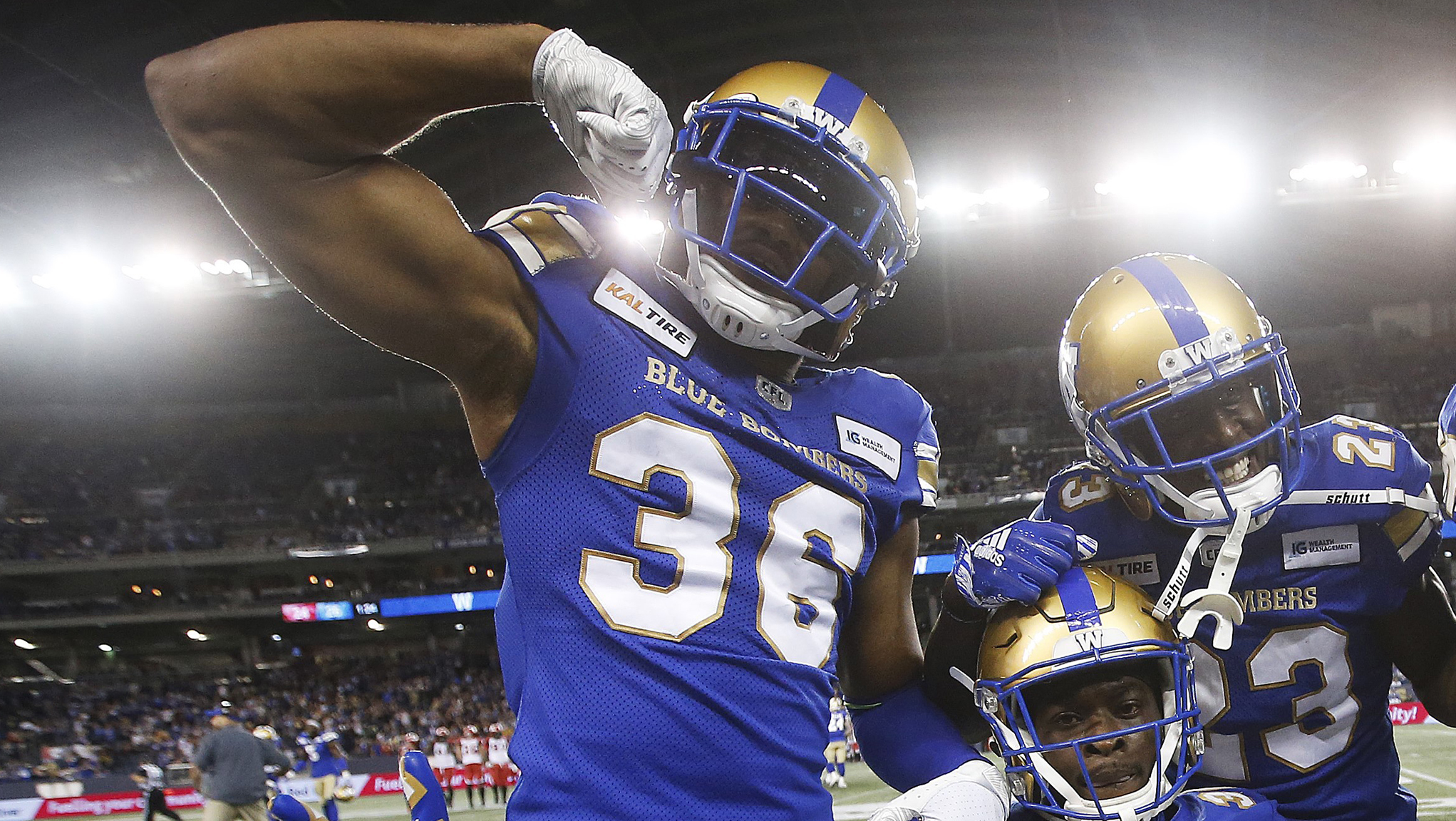 6. A STAT LINE FROM THE GREY CUP… Bombers nation will remember for years to come: the club’s defensive line combined for six sacks, three forced fumbles, a tackle for a loss, one pass knockdown and 10 tackles – all part of one of the most dominating performances in the trenches in championship history.

7. AND THE NO. 2 QB IS?… A lot can change in a year – man, do we ever understand that now – but the Bombers’ depth chart at the quarterback position now includes Zach Collaros and…

Sean McGuire, whom the club was prepared to roll with in ’20 as the No. 2 man to Collaros after Matt Nichols signed with Toronto and Chris Streveler with the Arizona Cardinals, is on the prospective free agent list.

Given Collaros made just two regular season starts in ’19 – one for Saskatchewan, the other for the Bombers before leading the club on its epic championship run – that’s a huge question mark heading into January and the start of a new calendar.

8. THE BOMBERS HAVE DRAFTED PARTICULARLY WELL… over the past few years and also stockpiled their roster with veteran Canadians who helped provide the club with exceptional special teams work.

With two CFL Draft classes likely coming to camp in ’21, that’s a number of homegrown products fighting for a limited number of foot soldier roles. It also comes at a time when a cash crunch appears looming. 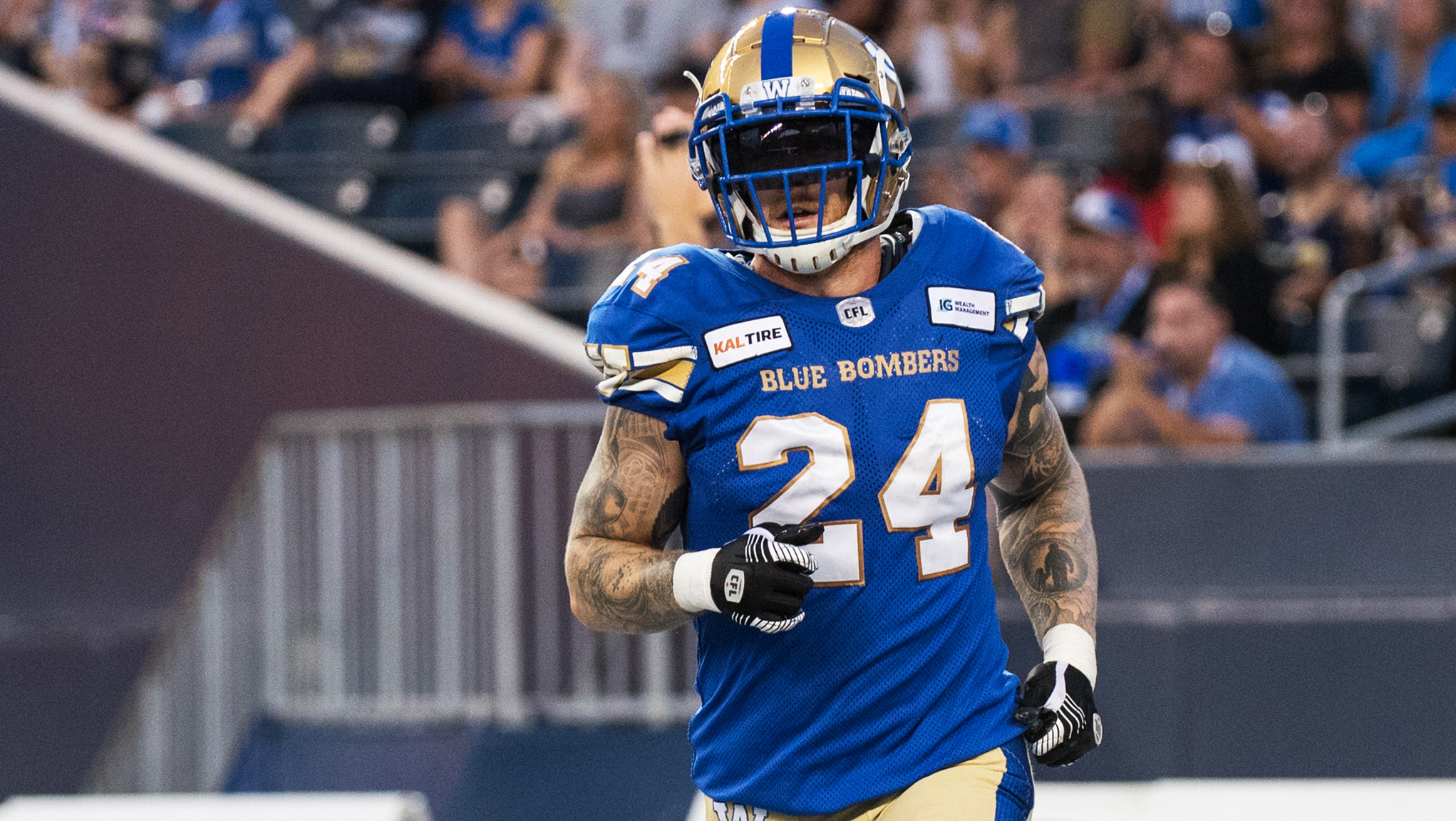 9. CALL IT GOOD FORTUNE, IF YOU WILL… but it’s simply good scouting that the Bombers had three kick returners in their employ last season in Janarion Grant, Lucky Whitehead and Charles Nelson.

Grant asked for his release to pursue opportunities when the CFL season was cancelled and Whitehead is a pending free agent, leaving just Nelson. All three are dynamic and potential game-breakers. And the likelihood that all three are back in ’21? There are only so many roster spots and kick-return gigs available on a squad.

10. AND, FINALLY… a little plug for the long-snappers here – without solid work from these unheralded specialist there are whole pile of missed field goals and blocked punts.

Chad Rempel, at 39, was already the CFL’s oldest player before the pandemic and missed a couple of games last year due to injury. Maxime Latour filled in capably when Rempel was down, but he’s a pending free agent, too.