The CFL’s next great receiving duo? Look no further than Edmonton 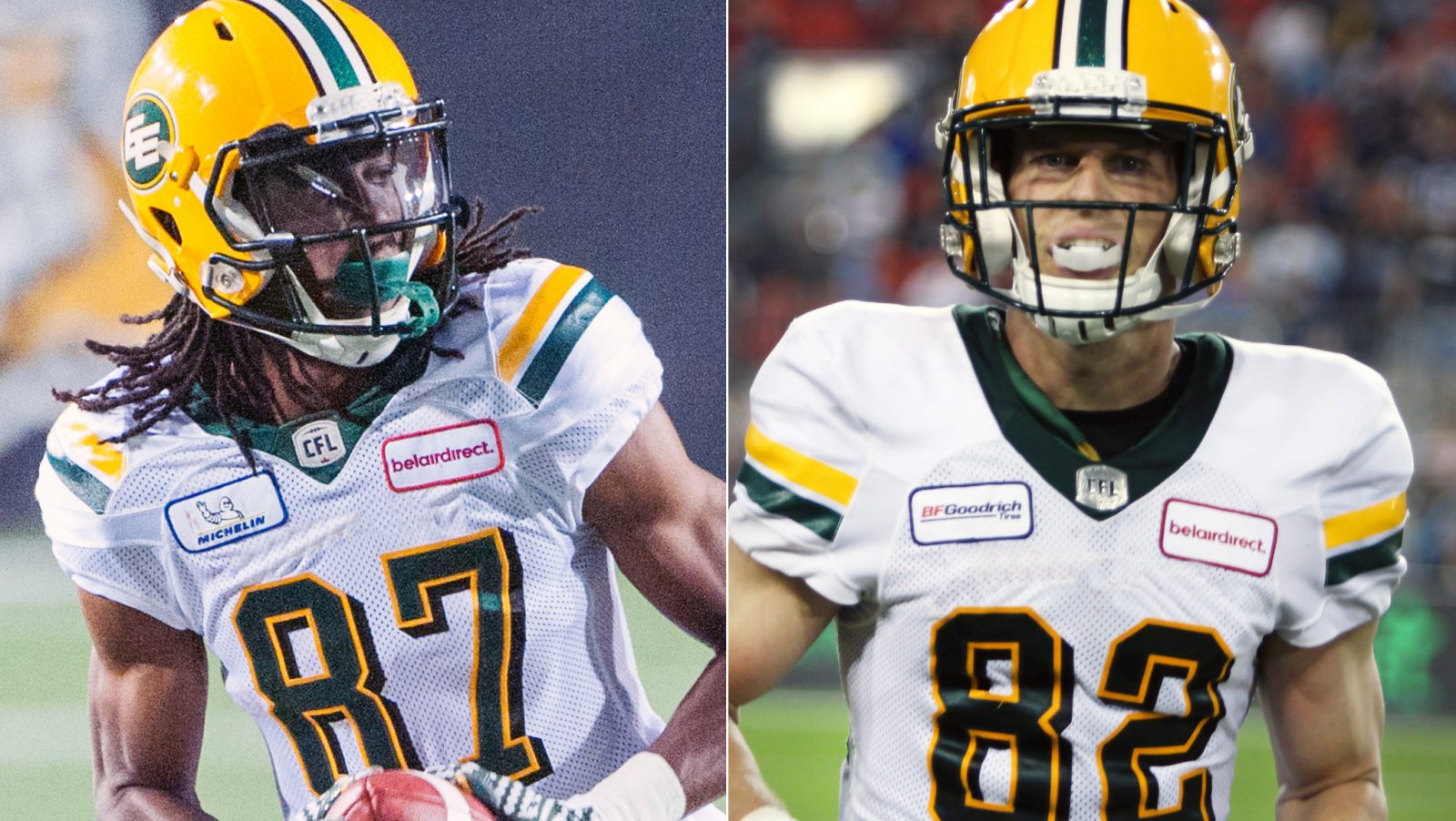 The CFL’s next great receiving duo? Look no further than Edmonton

Edmonton fans are no stranger to high-scoring offence, but one newly formed duo could soon raise the bar.

This off-season, the hiring of first-year head coach Jaime Elizondo reunited a familiar cast that also includes Trevor Harris and Greg Ellingson. In the end, though, it’s the club’s highly-touted pass-catching combo that could make the difference.

Ellingson has recorded five consecutive 1,000-yard seasons and is the CFL’s active leader with 7,265 career yards (S.J. Green and Emmanuel Arceneaux rank higher but have yet to sign with a team for 2021). Walker, meanwhile, ranks among the league’s most productive ever in catches (5.7) and yards (82.0) on a career per-game basis.

Add in a passing guru in Elizondo along with the ultra-efficient Harris and it’s easy to get excited about the potential.

The chemistry between Ellingson and Harris is no secret, dating back to their Ottawa days. Both played key roles in the REDBLACKS’ expansion success, appearing in three Grey Cups between 2015 and 2018 and winning it all in 2016.

When the familiar band disbanded in 2019, Harris signed a deal with Edmonton and was quickly joined by Ellingson, where the two led the CFL’s second-ranked offence.

Harris set a playoff record 92.3 per cent completion rate in the Eastern Semi-Final (one of three playoff records he currently owns), but Edmonton’s season ended the following week with a loss in the Eastern Final. Jason Maas was dismissed and replaced by Scott Milanovich, who left the team for the NFL during the pandemic.

Enter Elizondo, who coached one of the CFL’s most dangerous offences from 2016 to 2018. Elizondo’s offence is perfectly tailored to Harris, Ellingson, and Walker and their respective skill-sets.

The best word to describe an Elizondo-led offence? Volume.

In the nation’s capital, Ottawa ranked in the top three in total plays, net yards, and passing attempts all three seasons under Elizondo. That bodes well for any receiver.

In 2016 Harris watched from the sideline as starting quarterback Henry Burris shared the wealth evenly among four pass-catchers, leading the team to a Grey Cup.

A year later and fully immersed as the starter, Harris set a playoff record with 60 passing attempts in a loss to Saskatchewan in the 2017 Eastern Semi. Slowly, the offensive dynamic changed, as Ellingson and Brad Sinopoli began forming the CFL’s most productive receiving duo.

In 2018 the REDBLACKS turned up the volume even more, leading the CFL in total plays, pass attempts and pass completions. Harris became just the seventh quarterback in CFL history to complete a minimum of 430 passes in a season, joining Burris, Ricky Ray, Anthony Calvillo, Doug Flutie, Mike Reilly and Kent Austin, while requiring only 17 starts to do so.

That year Harris ranked first in the CFL in completions (431) and second in attempts (615), leaning heavily on his top receivers. Sinopoli and Ellingson combined for 45 per cent of the team’s target share and 45 per cent of completions, leading the CFL by a considerable margin.

Sinopoli ranked second in the league in targets (154) while Ellingson ranked fourth (146), the two combining for 300 in total.

Could Edmonton’s offence see similar results? In Elizondo’s offence, there are plenty of footballs to go around.

Armanti Edwards and Tevaun Smith headline the other options in Edmonton’s offence entering the new year, but if Ottawa’s 2018 season is any indication, Ellingson and Walker will be busy in 2021.

Even under a first-time head coach, there’s no reason the offence can’t take off quickly. Under Elizondo, Harris made 42 starts in Ottawa, averaging 304.9 yards per game, completing 70.4 per cent of his passes, and compiling a quarterback rating of 103.6. He threw 65 touchdowns and just 26 interceptions, averaging 8.6 yards per attempt.

While Harris and Ellingson are already an iconic pair, Walker is no third wheel. The 29-year-old pass-catcher — just like his new quarterback — is in rarefied air for his position statistically.

For receivers in CFL history with a minimum of 18 games, Walker ranks sixth all-time with 82.0 yards per game. Of those with five or more seasons, Walker ranks fourth all-time behind only Terry Greer (83.1), Allen Pitts (84.6), and Joey Walters (88.8).

Walker is a volume receiver, averaging 5.7 catches per game, behind only former Edmonton receiver Brandon Zylstra, who only played 22 games in the league. For reference, the CFL’s all-time receptions leader Nik Lewis averaged 4.6 catches per game throughout his illustrious career. Walker has sustained his current level of production over five seasons and 64 games.

On a team that allowed a league low 25 sacks last year, with most of its O-line intact, Edmonton’s offence is among the most exciting in the CFL on paper.

If healthy, Walker could easily return to his 2016 level of production or better, when he recorded 1,589 receiving yards and 10 touchdowns on 109 catches and 154 targets.

Derrell Mitchell’s single season catches record may or may not be within reach, but Ellingson and Walker are both threats to lead the CFL in receiving in 2021, and Edmonton fans have a lot to look forward to when football finally returns.

RELATED
» Steinberg: Who are the East’s most valuable?
» Do the Bombers deserve more respect in the way too early power rankings?
» Riders’ new OC could further elevate Cody Fajardo’s game