Landry’s 5 takeaways from the CFL Draft 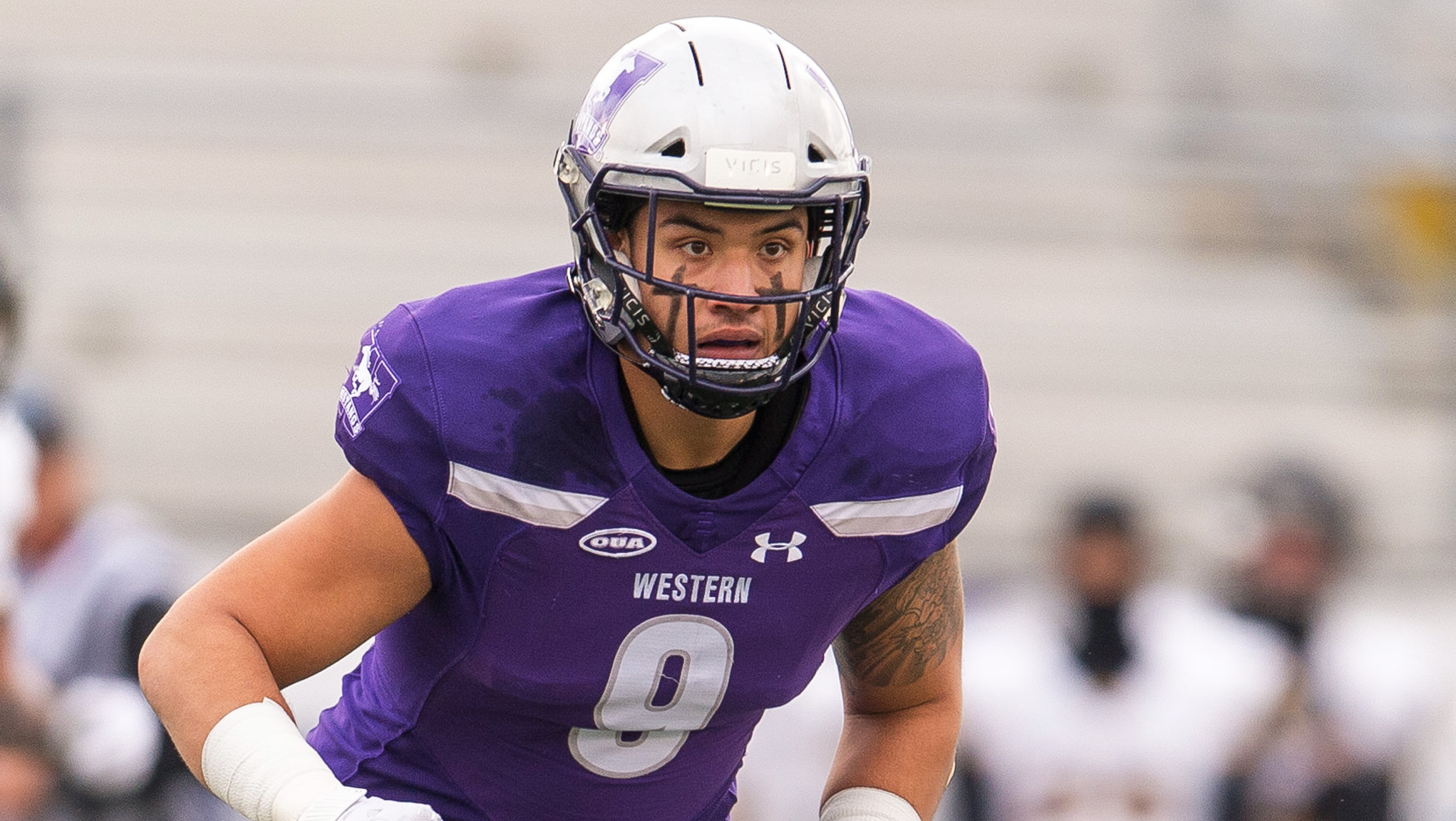 Landry’s 5 takeaways from the CFL Draft

Hello, Amen Ogbongbemiga. Welcome to the Calgary Stampeders and to the CFL. And to the exalted list of memorable handles that have graced the great northern league over the years. Your brother, Alex, made us familiar with your surname.

Your first name, though takes it into the company of Wonderful Monds, Prince McJunkins, Junior Ah You. Not saying your name is at the top of the list, as the competition is legendary. But, on the list you are, in any case. Say your prayers, running backs. Here comes Amen to seal the hole.

Here are the 2021 CFL Draft takeaways.

LOKOMBO HAS THE BEST HOPS

This year’s socially-distanced, video-your-results combine had one category missing and that was the vertical leap. It takes a specific piece of equipment to measure that accurately and unless you were gonna courier that thing to everybody who wanted a crack at it, it wasn’t feasible to get those measurements.

Nelson Lokombo might well have been the top athlete in that category, had we seen a usual combine. Hard to know. What we do know is that the young man has serious draft positioning hops, being taken second overall by the Saskatchewan Roughriders after the final Central Scouting Rankings had him at number fifteen.

We didn’t get an actual vertical competition, but might as well put Lokombo’s name in there as the winner. Asterisk it if you like.

BETTER LATE THAN… YOU KNOW

So, we can all be surprised by the start of a draft, after all.

Lots of mock drafts out there had Jake Burt going to Hamilton at number one, right? Riiiiight?

Burt, the tight end out of Boston College – born in Regina – was the last player to be added to the draft eligibility list, last month, and whatever the Ticats had planned as their opening gambit prior to that occurrence, well, that was changed big time. Much to the surprise of, really, everyone but them.

Our own prospects guru, Marshall Ferguson, didn’t have Burt going anywhere in the four rounds of his mock draft, and that’s not a knock on Marshall. He’s got a big football brain and is plugged in, so if he was surprised, then pretty well everybody reacted with a “wait, what?” (By the way, Marshall almost perfectly pegged the rise of Lokombo, predicting he’d go third overall, instead of second, so there’s solace in that)

Seems that a number of player personnel people with, like seven other CFL teams, may have changed their draft boards, too. The Ticats also had the ninth pick, overall, so they must have known the buzz was out there for Burt and did not feel compelled to gamble with him still being available at the end of the first round.

THE ARGOS GAMBLED BIG, THOUGH

I’m not even talking about their player picks. I’m talking about their post on Twitter, of General Manager Michael Clemons sitting at the ready in front of a computer, phone nearby. (By the way, somebody mocked Pinball for having what appears to be an iPhone 8 in his possession. To which I respond: Hey, buddy. I have a SIX and it is working just fine, my friend. Please don’t come at me about that last line, karma)

The risk the Argos took? Pinball is sitting in front of a clean whiteboard, with lots of room to insert your own words on that whiteboard. It is completely ‘memeable,’ leaving the team – and Mr. Clemons – open to all kinds of shenanigans..

Now, THAT is taking a risk on draft night. Some Ticats fans pounced, surprisingly.

Bonus Takeaway: This is my favourite one, although I do not know who did it.

Bonus Bonus Takeaway: This column was not written under oath.

Greetings to Myles Manalo, the linebacker out of Western who had his name called 54th, overall, to end the evening.

He will be happy to have been chosen by the Ticats, considering he recently said in an interview that his favourite restaurant in the world is a place in his hometown of Burlington, and that his favourite NFL team was the Pittsburgh Steelers. So, the threads will be perfect.

Counting him out? Don’t. Linebacker Justin Herdman-Reed was selected 54th, overall, in the 2018 draft. His brother, Jordan, went 60th. Both signed free agent contracts with Saskatchewan during this off-season. The last pick in the 2019 CFL Draft was receiver Colton Hunchak, who went 73rd, overall. His Calgary Stampeder teammate, receiver Richie Sindani, was the second-last pick in 2017, 70th overall. Both have impressed and are looking forward to expanded roles with the Stamps in 2021.

“I’ll take one of each, please,” could’ve been the lead quote in Edmonton GM Brock Sunderland’s post-draft media release. Or: “Read ‘em and weep, everybody, I’ve got a straight.”

A little depth-building at every possible position. In another year, with a full eight rounds, they could’ve nabbed a quarterback and a kicker in the late stages for a full-on draft night Yahtzee!

AND FINALLY… No, I don’t know who won the draft. Ask me again in two to three years.