Which team has the best group of linebackers? 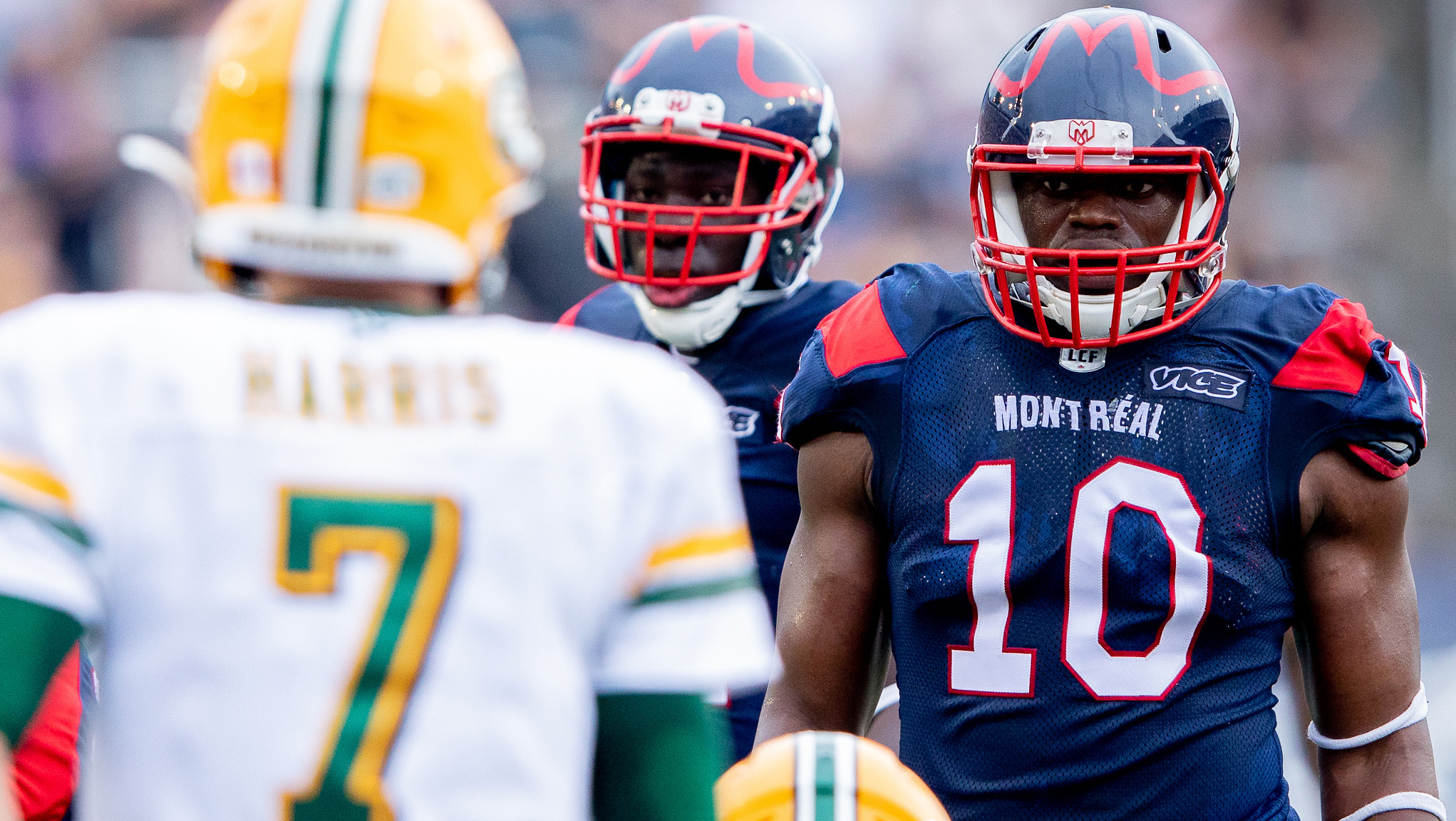 Which team has the best group of linebackers?

Want to know how many of the top 10 linebackers based on tackles from 2019 will be returning to their same team in 2021? Four.

The list is Patrick Levels, Cory Greenwood, Vontae Diggs and Simoni Lawrence. The rest are either going to be seen in different CFL jerseys, they’re getting a shot in the NFL or, in the case of Solomon Elimimian, they’ve called it a career.

RELATED
» Morris: Mayala hungry for more in sophomore season
» Is anything possible with Zach Collaros under center?
» Can the BC Lions get back on track? It starts with the O-line

The turnover will lead to some interesting questions for some teams, while others look extremely comfortable going into the 2021 season.

I’ll use the method of good, better, best when breaking down the three tiers of linebacking groups. And if you recognize that saying from listening to handyman legend Shell Busey, you win some major bonus points.

It’s a full on rebuild of a once great linebacking corps in Vancouver. It didn’t seem too long ago they had Solomon Elimimian and Adam Bighill dominating opposing offences but now they’re in need of some linebackers to grab hold of starting jobs like those two did a decade ago. 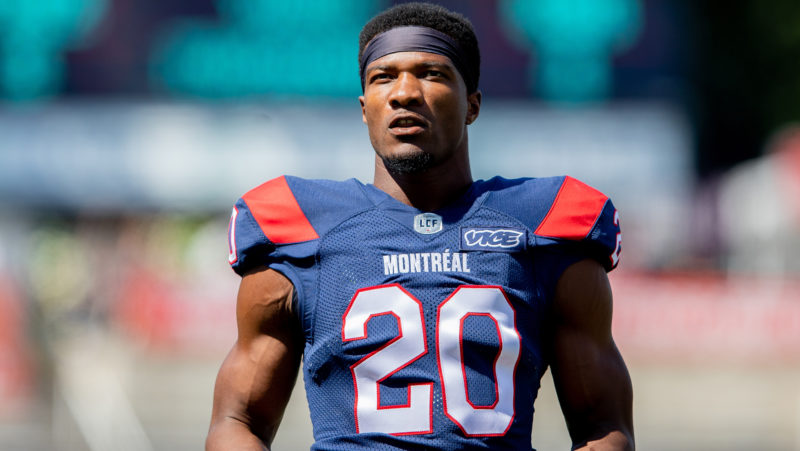 The team appears to hope to find some Canadian starters with Jordan Williams awaiting to make his debut after being picked first in the 2020 draft. With fellow Canadians Adam Konar, Bo Lokombo and Isaiah Guzylak-Messam, they have some players ready to give Williams time to develop.

The big signing for the Lions comes with Kenny Ladler, who can move into the SAM linebacker spot after being an All-Star with Edmonton before giving the NFL a shot the last few years.

They’ve lost Larry Dean (Saskatchewan) and Don Unamba (Ottawa) and have one starter in Vontae Diggs who is returning from 2021. Kevin Brown makes his way over from Ottawa to try to solidify a depleted group but he moves over from one of the worst defences in the CFL last season.

When you take run down of the Edmonton roster today, you’ll notice a lot of new faces coming in to try to earn some spots and general manager Brock Sunderland needs to find a new All-Star calibre linebacker out of this group. I’ll be excited to watch who comes out of camp and who starts making a name for themselves.

The league’s worst defence in 2019 is hoping to find some new blood to add a spark. Leading tackler Avery Williams returns and the team went out a signed a standout SAM linebacker in Don Unamba, but that doesn’t mean much for new head coach Paul LaPolice or GM Marcel Desjardins. 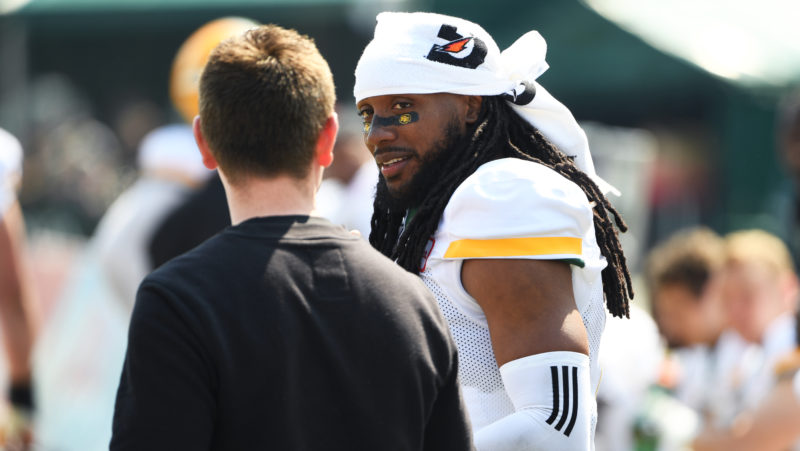 To make the REDBLACKS a contender again, they’ll be open to seeing some new players take on expanded roles and despite this being a shortened season already, I’d expect to see some linebackers looked at early until they decide on which players are keepers.

OUCH! The Roughriders lose Cameron Judge to the Argonauts in free agency, Solomon Elimimian to retirement and Derrick Moncrief to the NFL. I repeat. OUCH!

Now, the good news. They’re not lacking experience. Two time CFL divisional All-Star Larry Dean‘s arrival softens the blow. To replace Derrick Moncrief, we could see them move a veteran defensive back like Loucheiz Purifoy into the SAM linebacker roll and go all American across the linebacking corps.

The player I’ll be keeping my eye on to see if they can take on full time role is Oluwaseun Idowu, who showed some promise in 2019 in a limited role. But if he doesn’t step forward, the veteran Herdman-Reed brothers, Micah Teitz or a rookie American will have some big shoes to fill at WILL with the departure of Most Outstanding Canadian nominee Cameron Judge.

Chris Ackie and Patrick Levels aren’t a bad place to start out if you’re the Montreal Alouettes. But when you lose the reigning top Canadian and back-to-back East Division All-Star Henoc Muamba in the middle. It’s a major blow to an Alouettes defence that was hoping to take a step forward going into 2021.

And it’ll be a tryout for a major spot in that defence. General Manager Danny Maciocia’s attention at camp should be watching as much of that battle as possible so he and Khari Jones pick the right guy. However, opportunity knocks for someone to seize a starting spot in their first year in the CFL.

The Hamilton Tiger-Cats will be a new look linebacking group but they won’t be short on talent. It starts with Simoni Lawrence, who is a perennial All-Star, if not defensive player of the year candidate, and he will be the leader of the group with some turnover. Justin Tuggle and Rico Murray don’t return but they do have options.

Jovan Santos-Knox arrives and while the injury bug has hit him recently, let’s not forget he had a sensational season in Winnipeg in 2018 and Edmonton was hoping for big things in 2019, but only got him for three games. Hamilton has also brought in a lot of rookie linebackers to push for that spot as well.

As for replacing the retired Rico Murray, I think they have in house options. I’d love to see if Cariel Brooks or a younger player like Tyrice Beverette makes an impression in camp.

The defending Grey Cup champions enter the season with their starting three from the Grey Cup game with Kyrie Wilson, Adam Bighill and Mercy Maston all returning. The Bombers are the ONLY team in the CFL who can say that they’re starting the 2021 season where they left off in 2019 at linebacker. 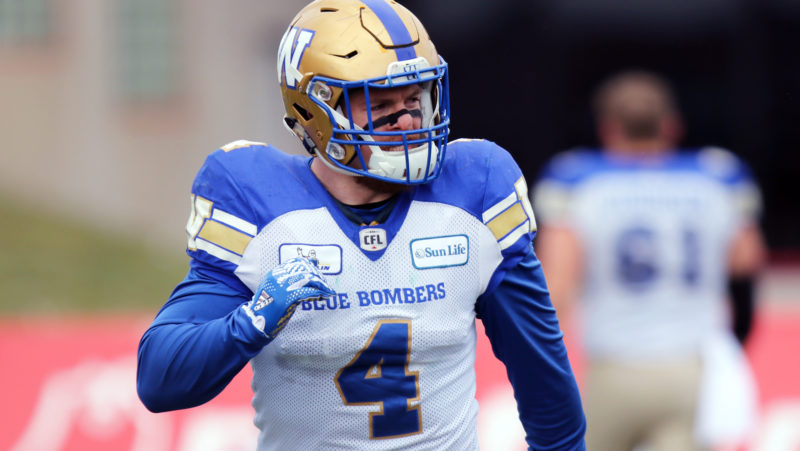 Adam Bighill was a major part of the Winnipeg Blue Bombers victory in the 107th Grey Cup (David Chidley/CFL.ca)

I’ll acknowledge Maston stepped in later in the year after the team and Anthony Gaitor parted ways, but 11 tackles in the two playoff games at SAM linebacker proves he can play there for a full season.

The big question for Winnipeg will be the depth behind these starters, as they could be relying on rookies to step into some big shoes if the injury bug hits.

Are you surprised they land here? They only bring in the two reigning Most Outstanding Canadian nominees in Cameron Judge and Henoc Muamba. That duo together on paper is going to be remarkable to watch as it’s been awhile a defence has showcased TWO outstanding Canadian interior linebackers. Nick Shortill and Nelkas Kwemo add some depth just in case one of those two national starters go down.

Outside of those two, you’ll see an open competition for the SAM linebacker spot but Pinball Clemons and John Murphy have done enough to bring in a combination of veteran CFL defenders and rookies to give new head coach Ryan Dinwiddie a lot of options. Oh, and Bear Woods is still under contract to add to the depth going into this summer.

Wynton McManis and Nate Holley are gone to NFL opportunities and Cory Greenwood is the returning starter for the two interior positions. There was some questions here a year ago with Greenwood’s contract status up in the air until January of this year but it almost came out of necessity to bring back the veteran Canadian middle linebacker.

The big boost this off-season came with Jameer Thurman returning to the Stampeders. He was a major part of the defence on their way to the 2018 Grey Cup Championship, only to get an NFL shot in 2019.

With Jamar Wall also returning where he’s started at SAM linebacker the past few seasons, the Stampeders enter with a solid starting three. However, there depth could be questioned, if you dare question that John Hufnagel hasn’t found a new diamond we’ve yet to hear about.