New Kids On The Block: Lions confident in special teamers

New Kids On The Block: Lions confident in special teamers 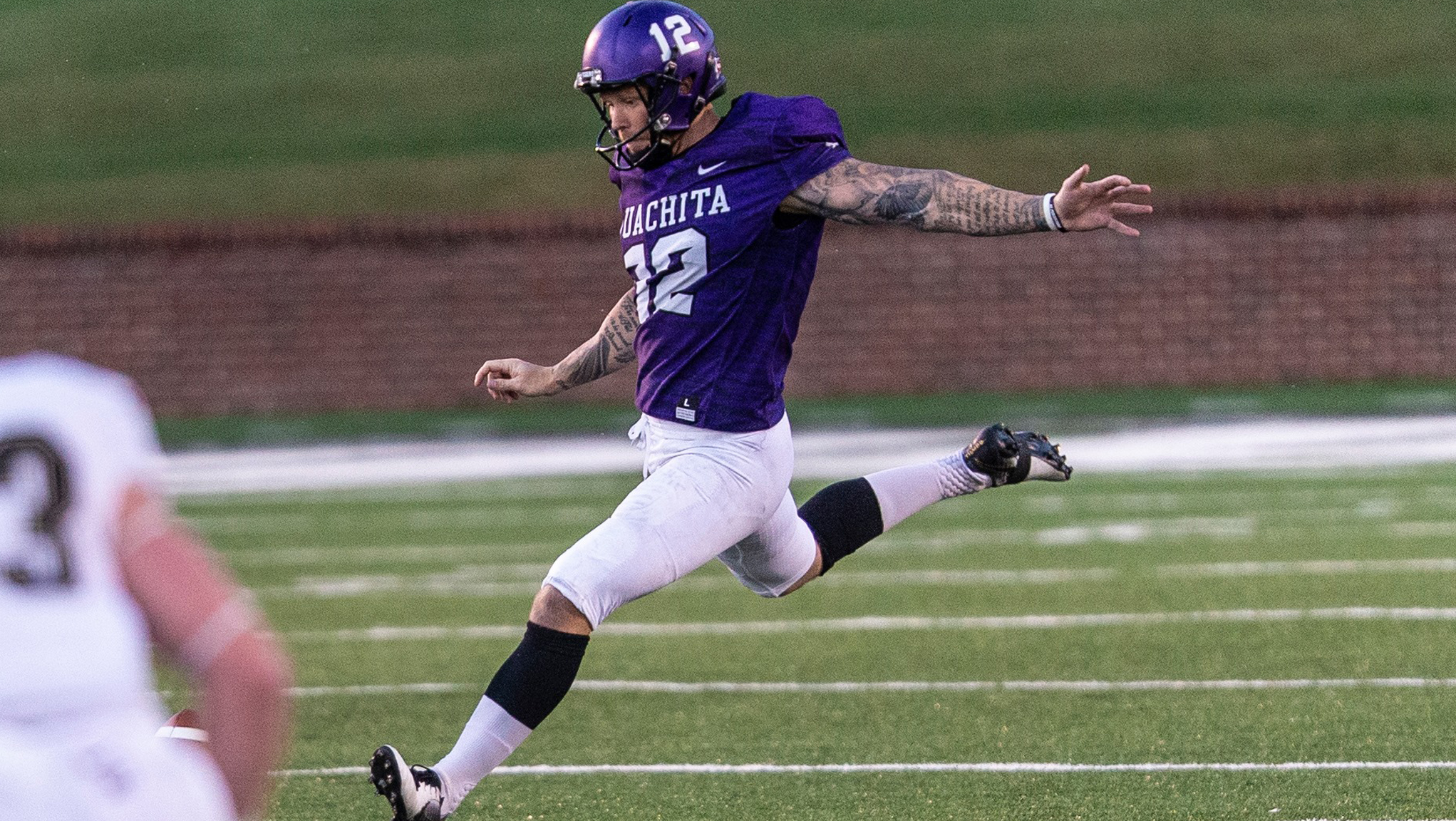 So, three guys walk into a craft beer brewery in Vancouver. There’s an Australian, an American and one is Japanese.

The bartender asks what they are doing in town.

“We’re kickers with the BC Lions,” they reply.

Ok, probably not a real knee-slapper but it explains the strange situation the Lions find themselves. With the league looking to begin a 14-game schedule in August, BC has signed three kickers from different countries, none with CFL experience.

The Lions selected Jake Ford, a punter from Australia, with the first pick in this year’s Global Draft. They added Takeru Yamasaki, a kicker and punter for the Obic Seagulls of Japan’s X-League with the 19th pick and also have signed free-agent punter Stefan Flintoft, who attended UCLA.

On paper this may sound like the plot to a situation comedy, but it won’t be a laughing matter for special teams coordinator Don Yanowsky if the Lions struggle early and the kicking game is to blame.

“I think people are more patient with players and less patient with coaches,” chuckled Yanowsky, who has 40 years coaching experience and joined the Lions’ staff after spending three seasons in a similar role at Texas-El Paso.

In a normal year Yanowsky would have had an opportunity to watch the three players work out in person. Of course, with COVID-19 nothing has been normal for the last 15 months.

Yanowsky has seen film of the three, but like attending a birthday party on Zoom, it just isn’t the same.

“I’ve never worked with these guys,” he said. “I’ve never seen them kicking in competition. You don’t know about people until you’ve been to war with them, been in competition, see them perform under fire.

“But the physical skill sets they process, they’re very talented people. Now we’ve just got to be able to do it in a CFL game.”

While Ford is a native of Shepparton, Australia, and grew up playing rugby and Aussie Rules football, he has played US college football since 2015. The 28-year-old started with the University of Oregon before transferring to Saint Augustine University in North Carolina. He then transferred to Ouachita Baptist University in Arkansas where the Tigers went undefeated in back-to-back regular seasons and won the 2019 Great American Conference championship.

As a punter, Ford has both distance and accuracy. In 2018 he led the U.S. in net punting average and also had 28 of his 52 punts land inside the opposition’s 20-yard line.

Flintoft, 25, had an outstanding career at UCLA. His career average of 43.6 yards a punt is the third highest in school history. The six-foot-two, 191-pound native of Santa Monica, Calif., attended a mini-camp with the Denver Broncs in 2019 before signing with the Lions in January.

Yanowsky said playing college football will help both players make the transition to the professional level.

“I think that both of them, their experiences have made it such that the stage isn’t going to be too big for them,” he said. “I don’t think they’re going to go out and get big eyes.

“Based on the level of competition they’ve experienced, I would not see that being an issue.”

Yamasaki, 27, may be the most intriguing of the three. The X-league is the top-level of the American professional football in Japan and has been around since 1971.

There is a video of the six-foot-two, 191-pound Yamasaki hitting a 73-yard field goal during practice.  In 2019 he played in The Spring league where he made seven out of eight field goals, including a 58-yard kick in practice and a 57-yard kick during a game.

Yanowsky has never watched the X-League in person but has contacts who have. As far as he’s concerned, results are more important that where you are from. 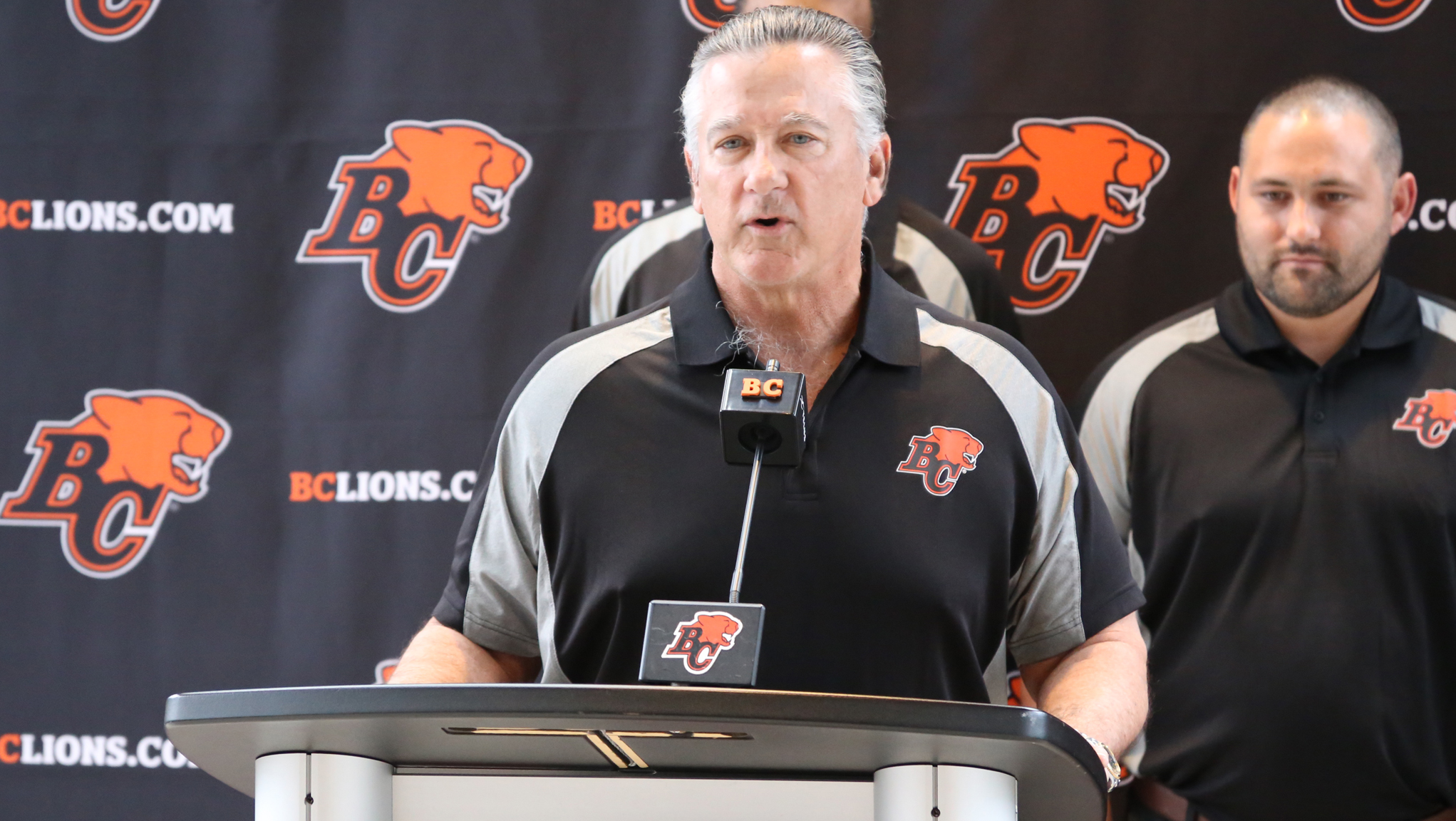 Don Yanowsky is pictured here at his introductory press conference in 2020 (BCLions.com)

The departure of punter Josh Bartel and placekicker Sergio Castillo left a hole in the Lions roster. Despite BC finishing out of the playoffs with a 5-13 record in 2019, Castillo made 41 of 45 field goals to lead the league with a 91.1 per cent average and was good on five from 50 yards or more.

Yanowsky doubts one player will be able to handle punting, placekicking and kickoffs for the Lions.

“It’s very difficult to do all three,” he said. “It’s a skill set that has a hard time matching together.

“I don’t know how it’s going to sort out for us, but just the dynamics of the different skill sets required are a little different.”

From what Yanowsky has seen on film, Ford is more of a pure punter while Yamasaki has the potential to kick field goals.

“It depends on what the guys have been putting the work in,” he said. “For sure, Jake Ford has not been a field-goal kicker. He has kicked field goals, but it’s never been something he emphasized.”

As for Yamasaki “I’m not sure he isn’t more of a field-goal kicker or a kickoff guy. The kid from UCLA, I think is big-legged kid and a blend, but I don’t know to what extent.”

While there are plenty of questions to be answered Yanowsky is confident the answer can be found during training camp.

“These guys are good at what they do, or they would not have got to this point,” he said.