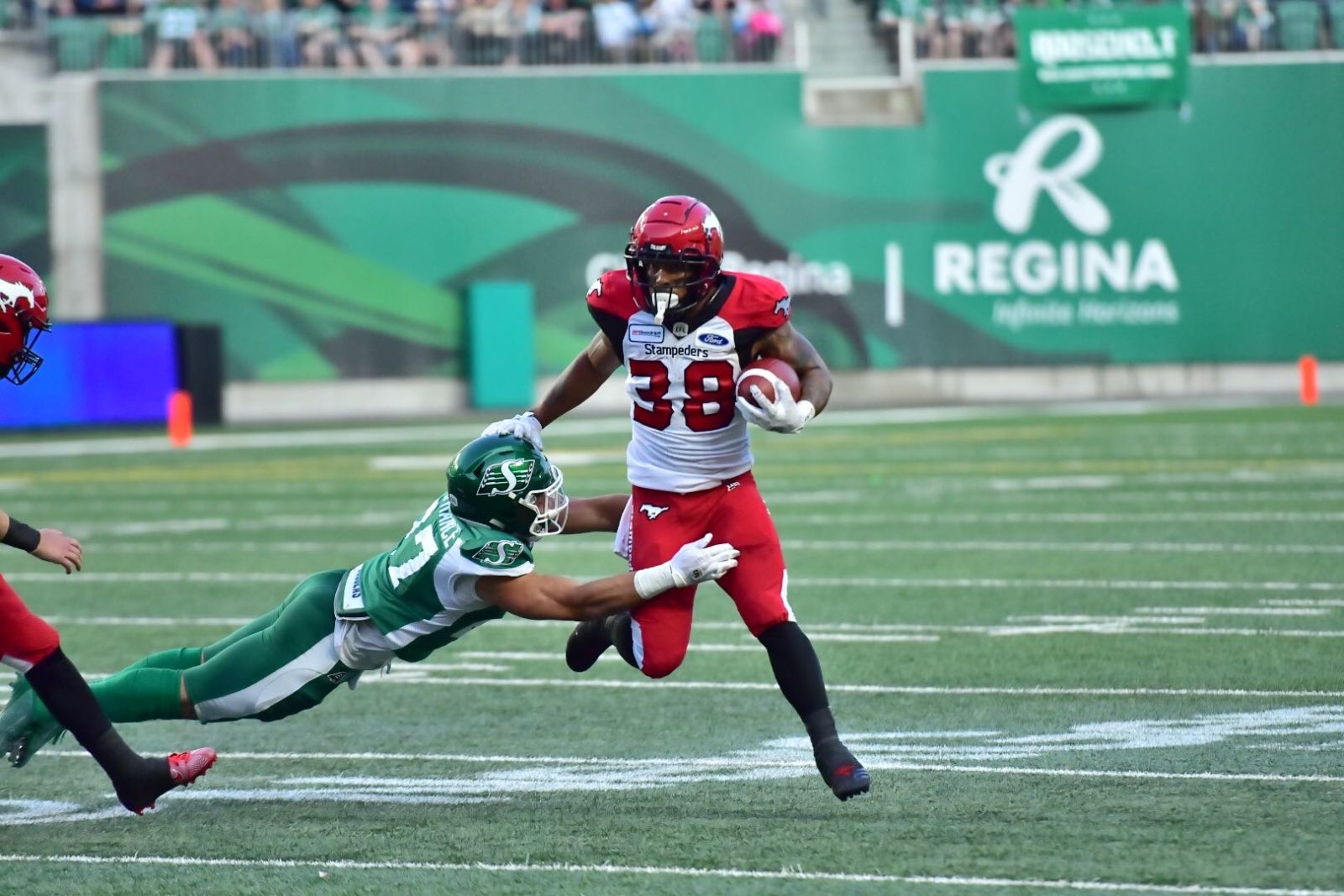 Whenever you talk about special teams with the Edmonton Elks, you have to start with the drought.

The Elks have gone through the last four full seasons and put together an overall successful record, going 39-33 and only missing the playoffs in 2018. They played in the Eastern Final in 2016 and 2019 and made it to the Western Final in 2017.

Twice a crossover team coming out of a stacked West Division, the Elks have had relatively consistent playoff success while wandering a desert in one important facet of special teams. The last time Edmonton scored a kick return touchdown was on August 28, 2015.

It’s certainly not fair to tack on an un-played 2020 season — wouldn’t it be nice to just erase 2020 from our lives entirely? — so let’s generously put the drought at 1,543 days. That spans Kendial Lawrence’s 64-yard TD punt return run against the Toronto Argonauts going on six full years ago, to the Elks’ Nov. 17, 2019 Eastern Final loss to the Montreal Alouettes.

The good news for the Elks is that to go along with their new team name, there’s a new and lethal option in the return game that would absolutely love to put that horrible streak to bed as soon as possible.

“No way,” Terry Williams said to CFL.ca’s Don Landry last year, when the former Calgary Stampeders running back and returner learned of the streak.

“Oh wow. Now I’m even more excited to bring back a return touchdown.”

Williams told Landry he was something of a reluctant returner when Stamps’ special teams coach Mark Kilam pegged him for the job. Maybe like many of us, Williams imagined watching the ball go up, up, up and then amidst the sound of 23 galloping pairs of feet, could only envision chaos when he needed to keep his eyes on that descending ball. TDs in the 2018 preseason against BC and Saskatchewan helped him realize he had some ability amidst that chaos.

He went on to score three punt return TDs in 2018 and added a Grey Cup punt return record 97-yard score against Ottawa — in Edmonton, remember — that helped his team to a championship. In 2019, he was second in punt return yards and fifth in kick-off returns and had a 103-yard touchdown.

Williams is more than a capable running back and should contribute there as well. He has 120 carries for 704 yards (5.9 yards per carry) and five career touchdowns over three seasons. He could split return duties with Shakeir Ryan and Jordan Robinson, who handled some returns for Edmonton in 2018 and for a game in 2019 before he joined the Bombers. Edmonton traded for him in January of 2020 to get him back on the roster. 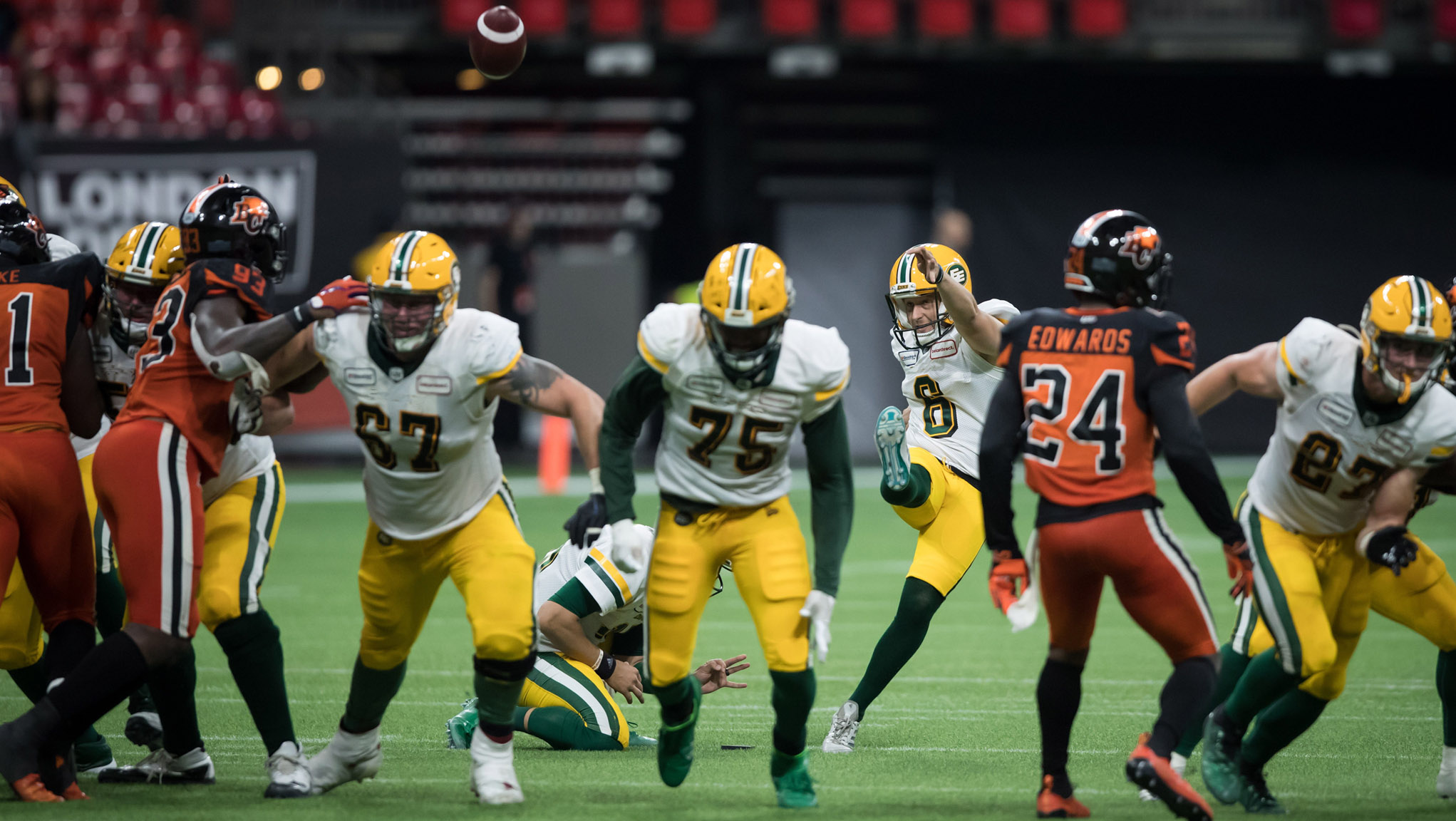 In spite of the absence of what can be game-breaking return touchdowns, Edmonton’s special teams unit is solid in its other components. Sean Whyte and Hugh O’Neill remain a strong kicking/punting tandem. Whyte, 35, led the league in accuracy (47-54) on field goals, including and made 33 of 35 extra-point attempts.

O’Neill, 31, missed six games due to injury in 2019 but put up 3,609 punting yards. A full season at that production would have had him second in the league behind Ottawa’s Richie Leone, just ahead of Saskatchewan’s Jon Ryan. He finished eighth in the league in kickoff yards (2,881; a full 18 games might have had him around sixth) and his 62.6-yard average on kickoffs was seventh and matched Lirim Hajrullahu’s in Hamilton.

Behind both veteran kickers is 23-year-old rookie Dante Brown. The Mississauga, Ont. native played at Fort Hays State and racked up awards in his two years there. He was the Don Hansen Football Committee national special teams player of the year in 2018 and 2019, as well as a two-time MIAA special teams player of the year. He was also a 2018 and 2019 All-American first-team D2CCA. A talented young player can learn from a pair of guys that know what they’re doing at this level.

Edmonton was led on cover teams by James Tuck‘s 15 special teams tackles last year. The team will need more production there with the departure of Godfrey Onyeka and the retirement of Mark Mackie. Kevin Brown comes in from Ottawa with 30 ST tackles in the last two seasons and could establish himself in his first year in Green and Gold. Tanner Green and Vontae Diggs (12 and 11 special teams tackles, respectively), could continue to grow in their roles on cover teams as well.

After two long off-seasons that saw a name change, two head coaching changes and roster moves, the biggest change for Edmonton’s special teams unit could come at one of its less glorious spots. Ryan King was the Elks’ long snapper for the past eight seasons and retired in the spring. King was a fixture on the field, in the locker room and a difference-maker in the community, winning the Tom Pate award in 2018 for his impact on his team, community and association.

Rookie Zach Greenberg will assume long snapper duties this season in Edmonton. It’s a big task for the 24-year-old in more ways than one.

In all, special teams coordinator and linebackers coach A.J. Gass will have a lot to work with in his first year coaching in the city that he spent 10 seasons as a player. If he can get his return game to turn a corner that’s been out of reach for years, it might feel like the world is opening up to the Elks.