A QB Fortress of Solitude: Lions aim to protect Reilly in ’21

A QB Fortress of Solitude: Lions aim to protect Reilly in ’21

VANCOUVER — Let’s start with where it all fell apart for the BC Lions in 2019.

If you dig through the CFL’s 2019 final stats and zero in on sacks allowed, you’ll see the BC Lions in the ninth spot, with a league-worst 58. There’s more that went into the Lions’ 5-13 finish, but on non-playoff teams, it tends to cascade down from the moment the ball is snapped back to the most important position on the field and the opposing d-linemen bear down on that player.

That the player is Michael Reilly, the 2017 MOP, a member of two Grey Cup championship teams and a likely hall of famer becomes irrelevant when he doesn’t have time to operate. Which, when you think about it, is the tragedy in the Lions’ 2019 campaign.

This isn’t the first time that Reilly has lost a season of greatness to inadequate protection. If you watched his first season in Edmonton in 2013 (that team won four games), his first season back in Lions’ orange six years later was eerily similar.

Fortunately for Reilly during his time in Edmonton and as he gets ready for his second season back with BC, one bad season of o-line play doesn’t doom a quarterback to a lifetime of running for his life. When you look at the Lions’ 2021 roster, the o-line looks to be have taken some steps forward. 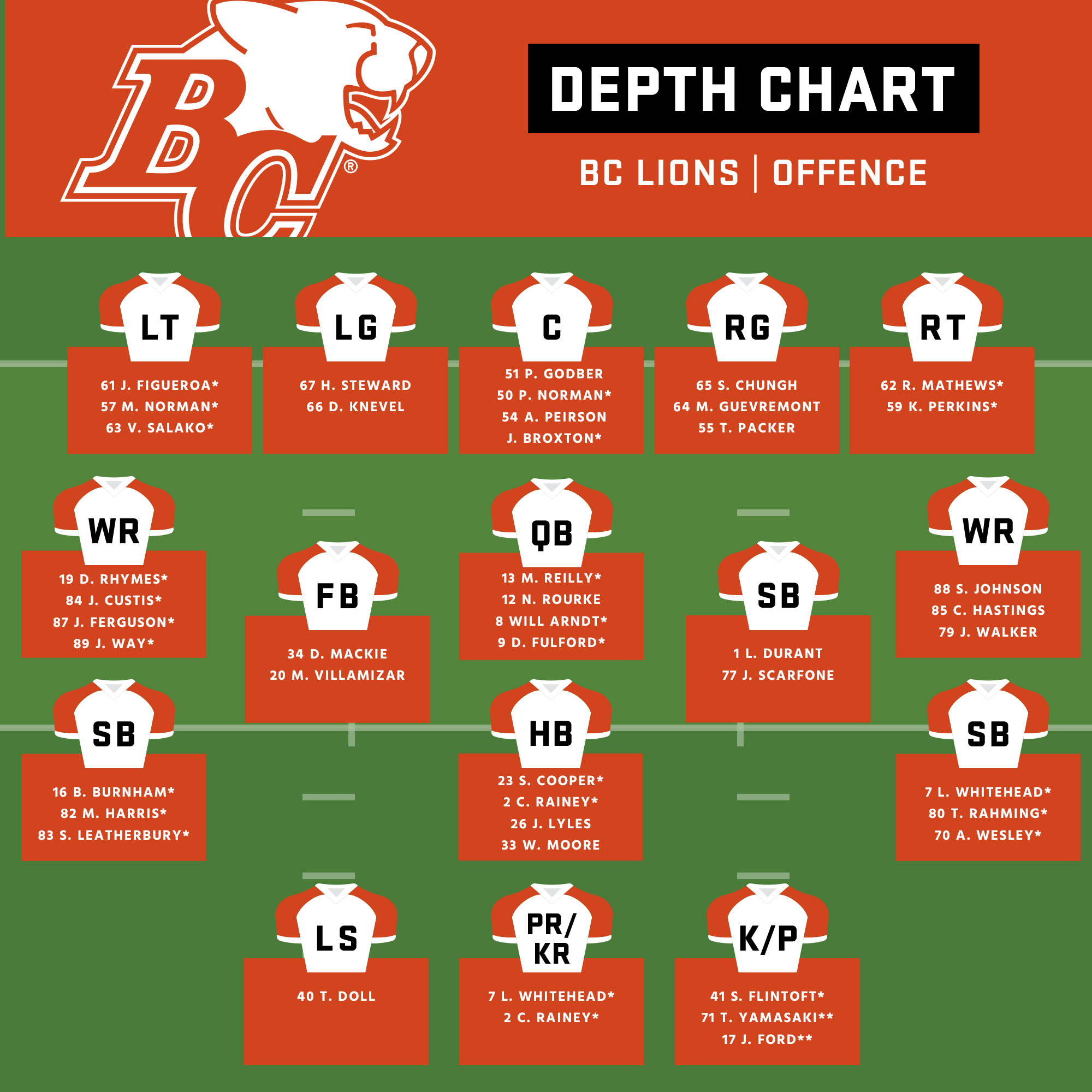 Joel Figueroa returns at left tackle, having followed Reilly over from Edmonton in free agency in 2018. The six-foot-six, 320-pounder started in 16 games in 2019. Hunter Steward should line up next to him at left guard, a spot he played at for 11 games. Peter Godber only worked his way into the 2019 lineup for the Lions’ season finale, but saw action at centre in 2018, prior to taking a season-ending injury. Sukh Chungh will return at right guard, fully healed from the fractured leg that ended his debut season with his hometown team.

The Lions offensive line is bookended with another hulking presence that should make life a little less stressful for Reilly. The Lions added Ryker Mathews in free agency in 2020, pulling in the six-foot-six, 320-pound right tackle from Hamilton. Mathews was a 2019 East All-Star and was part of a Ticats’ o-line that helped lead the CFL in net offence, points scored and first downs. That’s the kind of resume that should let watching Reilly play this year feel more like football and less like watching an old tape of Mick Foley’s greatest hits.

If Reilly can get the time to do what he does best, the Lions have a ton of talented options around him. Bryan Burnham was his No. 1 target in 2019 and despite all of the team’s offensive woes he still put up numbers (1,492 yards and 11 touchdowns) that had him on the fringes of the MOP conversation.

Lemar Durant (810 yards) and Shaq Johnson (597 yards) are two players that are capable of big things and when you add in Dominique Rhymes — speaking of receivers that thrived in less-than-perfect situations in 2019 — and Lucky Whitehead, Reilly will have his choice of gifted hands to target this year.

Reilly will add his own stats to the rush game, but Shaq Cooper and Chris Rainey can hold the run game down with the right openings provided. The Lions have looked at Jamel Lyles and Wayne Moore in the past and they should factor into their run game plans as well. 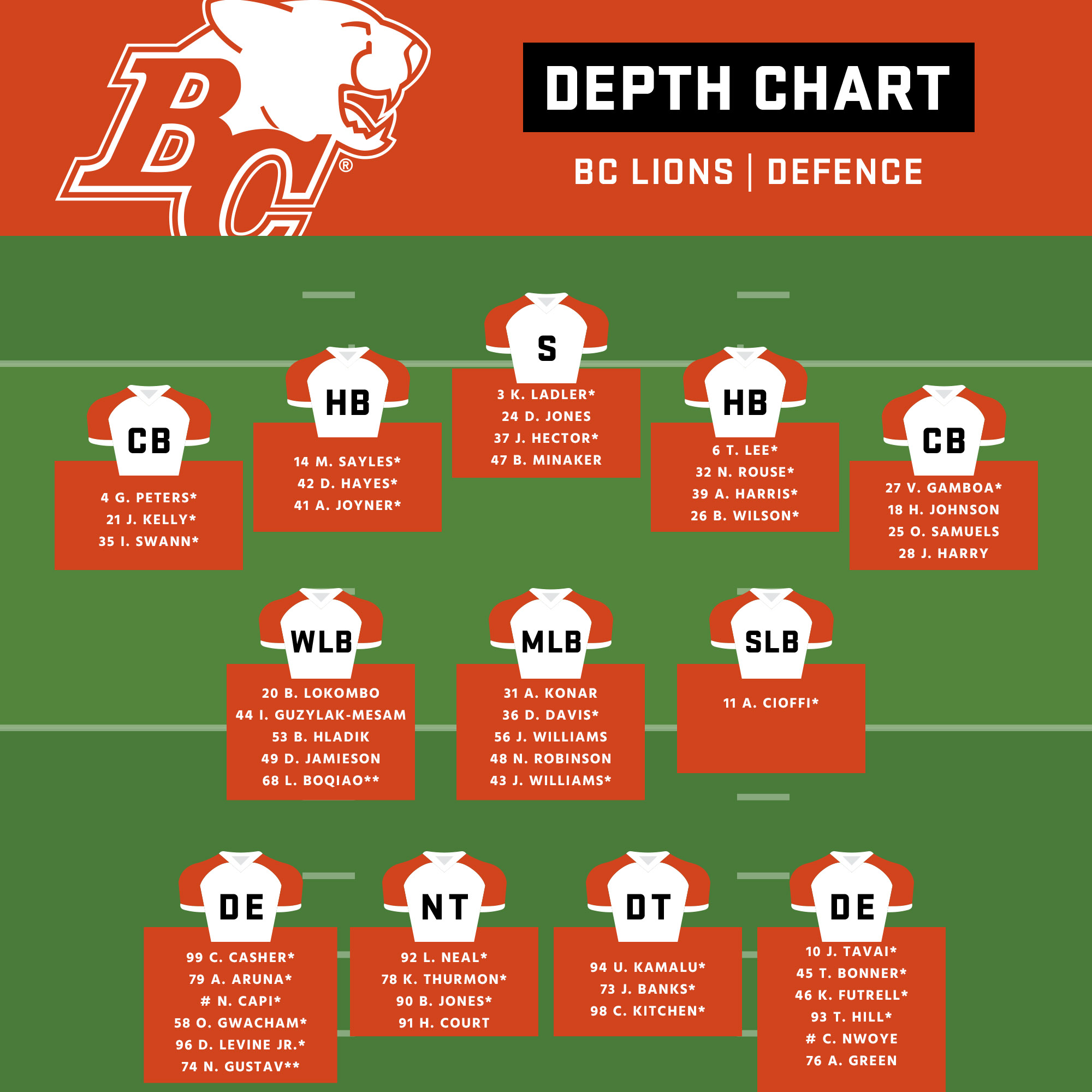 Defensively, the Lions will need to stage a turnaround to help pull the team out of the cellar in the always competitive West Division. The Lions gave up 452 points in 2019, which was the worst in the West and sixth-worst overall. They were seventh in sacks made (28) and second-last in knockdowns (81), but in most categories found themselves in the middle of the defensive pack. Playoff success doesn’t often come from the middle of the pack, but it might suggest that some tweaks could make a big difference for the team in 2021.

We won’t run through all of the middling stats, but a couple of bigger ones jump out that need to be addressed. First, the Lions’ defence managed 81 two-and-outs last season, the second-lowest total in the league. Second, teams loved to rush against the Lions, who gave up 106.7 yards per game (1,921 total yards). That was the third-worst total in the league.

So there will be a lot of pressure on the Lions’ front seven. Coach and co-GM Rick Campbell serves as a reminder of how much can change for a team during a pandemic and will have plenty of options in training camp as he evaluates his defensive line. By our count there will be 13 defensive ends looking for work when the team assembles in Kamloops, BC in a few weeks. Former Calgary Stampeder Chris Casher should bring a spark, as should former Ottawa REDBLACK J.R. Tavai. Behind them are a lot of question marks, with new-to-the-CFL signings and Canadian and Global picks filling out the depth chart.

The linebacking corps features a pair of Canadians that are heavy hitters, in Bo Lokombo and Adam Konar, at the will and mike spots, respectively. After a look from the New York Jets, former REDBLACK Anthony Cioffi joins the Lions and should line up at the sam LB spot. Behind Lokombo sits the talented Isaiah Guzylak-Messam, who started 11 games at the will spot last season. Behind him sit rookies Ben Hladik and Damian Jamieson, with Global pick Boqiao Li looking for a way into the lineup.

Dyshawn Davis returns to the Lions after spending the 2019 season in Saskatchewan and with 2020 first overall pick Jordan Williams, 2019 first-round pick Noah Robinson and an American LB also named Jordan Williams, will try to out-work Konar for the starting MLB spot.

The Lions’ kicking game will be raw to start the season, with American punter Stefan Flintoft, Australian kicker Jake Ford and Japanese kicker Takeru Yamasaki learning the CFL game. Special teams coordinator Don Yanowsky will look to find the man or men suited for kicking responsibilities. Tanner Doll returns for his second season as the Lions’ long snapper and his fifth overall in the league.

BC’s return game should have plenty of punch with the return of Chris Rainey, who was second in the league in kickoff return yards in 2019 with Toronto, with 1,196 yards. We all saw what Lucky Whitehead could do in Winnipeg when he got the ball in his hands. An impactful receiver with the Bombers, he added 596 yards on kickoff returns and had a 104-yard return TD against the Argos in Week 5 of the 2019 season.

If Reilly has better protection this season, his offensive teammates should shine. The Lions’ defence will have to be an aggressive, run-stopping unit that can at least duplicate the success it had defending the pass in 2019. And if Rainey and Whitehead can throw in some game-changing plays on returns, the Lions could complicate things in a West Division that seems to get more competitive by the season.