Not Done Yet: Ricky Collins Jr. back for more 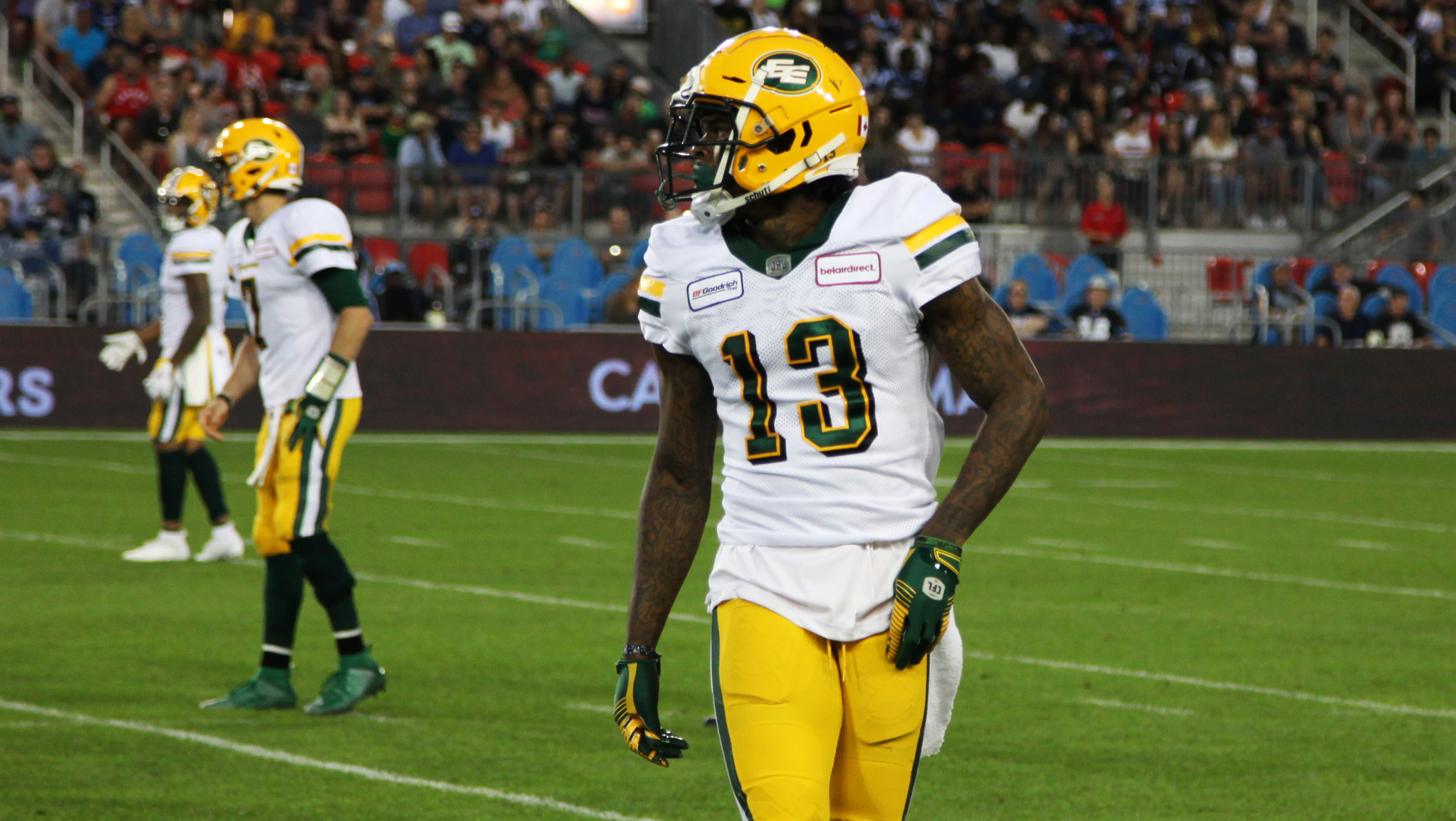 Not Done Yet: Ricky Collins Jr. back for more

In the end, Ricky Collins Jr. just wasn’t really done playing football, even though he’d insisted he was, when he announced his retirement last February.

His wife, Haley, knew it. So did some of the kids Collins was coaching down in his hometown of Tyler, Texas. And so did an unnamed player with the Toronto Argonauts, who got in touch with Collins, recently, to ask his friend if he was really, really retired.

“It just went from there,” says Collins. “My agent got on the horn and we made stuff work.”

And now the Argos have added yet another high-octane, game-breaking receiver to their training camp roster to go along with the embarrassment of riches that is their list of well-known veteran pass catchers.

Can’t keep ‘em all, you know. But that doesn’t faze Collins. “It’s football,” he says, matter-of-factly. “If you don’t want the competition, you’re playing the wrong sport.”

You’d not have expected the Argos – or anyone, really – to add Ricky Collins Jr. to their roster because he was no longer playing the sport, insisting that the retirement he’d announced last winter was final. At least, that’s how he felt at the time and made no secret that he was a man who’d be looking forward, not behind, as his life unfolded.

He was done, having placed his playing career in the rearview mirror after a disappointing winter that saw him languish, inexplicably, in free agency limbo, for weeks on end.

After a brilliant 2019 season with Edmonton, during which he finished 8th in the CFL in receiving yards with 1,103 (78 receptions, 3 touchdowns), Collins figured he was in a good and solid place with the Elks, under contract through 2021.

But, with a wiped out season in 2020, clubs across the league were shaving costs and restructuring contracts where they could. Some released players just before they were due bonuses and that’s what happened to Collins in January.

While that stung the four-season CFL veteran, you’d not have expected it to cause any long-term discomfort for him, contractually speaking. Surely he’d strike a deal with another team as a free agent, and being released to pursue a contract prior to the start of free agency could only have helped.

However, Collins did not receive what he’d term any decent kind of offer, and after spending more than three frustrating weeks as a free agent, he decided he would retire, which is just what he did, shortly before his 29th birthday. 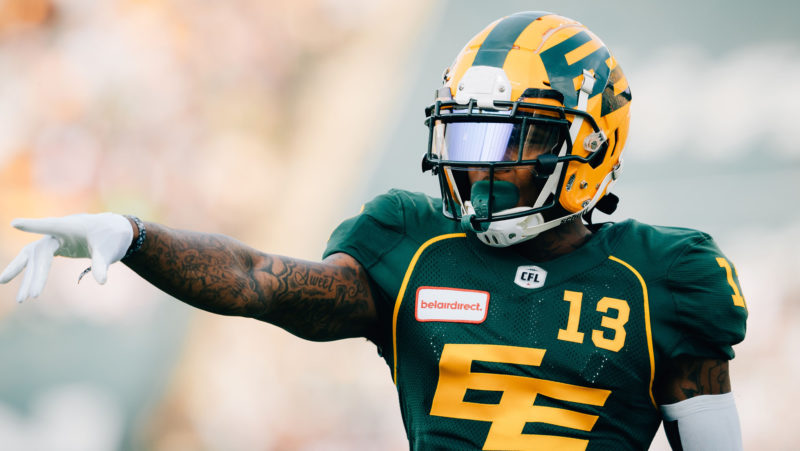 “Oh, yeah, it was definitely hard,” says Collins of the difficult decision he had to make in opting to put the next phase of his life in motion.

“Granted, I know what was going on with the CFL and COVID and stuff, but at the end of the day, you’re going to do what you need to do for who you need to do it for.”

“I waited as long as I could, he continues. “I have a family. I have a wife. I have four kids and we have bills, you know? Bills don’t stop.”

Back in Texas, Collins had offers he could take. Offers that kept him close to the game he loves. He’s been running a speed and agility program at a local gym and he’s been coaching receivers at a private school in Tyler. As well, he runs and coaches a seven-on-seven football team called the “Route Demons.”

“I was in the mindset that I was done with football,” says Collins, insisting that he’d shrugged off the inglorious finish to his CFL career, even if he did feel, as he says, disrespected.

“I was moving towards that second part of life which was still being around football but being able to separate from me being on the field as a player to, now, a coach.”

Some of the young players he’s been coaching played a part in Collins deciding to consider another pro contract. “The kids said ‘coach, you’re still young. Why are you retired?’” he recalls.

Haley, his wife, was wondering too, Collins says. “She was like ‘baby, you’re not done with football.’ She was one of those that motivated me to get back on the field, to go play more.”

With those seeds sprouting in Collins’ mind, that call from an old friend – whom Collins declines to name – came and the wheels for his return for a fifth season in Canada were in motion.

Collins informed his friend that he hadn’t yet filed his retirement papers. Then, he instructed his agent to put in a call to the Argonauts to see what was up.

It helped, Collins says, that he has a history with three current Argo coaches; Offensive Coordinator Jarious Jackson, Receivers Coach Markus Howell and Offensive Line Coach Stephen McAdoo, all of whom were on the Saskatchewan staff when Collins spent his first two years in the CFL, with the Roughriders. As well, Howell and Jackson were in BC when Collins spent a season with the Lions, in 2018.

In all, the Argonauts have 22 receivers on their roster right now, including Collins. He knows the competition at the position is broad and it is deep, as he rattles off the names of the well-known three-down studs and a couple of notable ex-NFLers who’ll be in the midst.

“We definitely have a loaded receiver corps,” he says. “I mean you think of some of the names. Eric Rogers, DaVaris Daniels, Juwan Brescacin. You have Martavis Bryant, Kendall Wright, Terrell Sinkfield. You have top-tier calibre receivers all in that one room. The competition? That’s what training camp is all about.”

“Whatever the name,” Collins says, casually, “the best man is gonna make the team.”

The kids he coaches. His wife. An old friend who decided to put in a call to check up on his buddy.

They all had a feeling Ricky Collins Jr. wasn’t really ready for retirement. Turns out he had that feeling too.