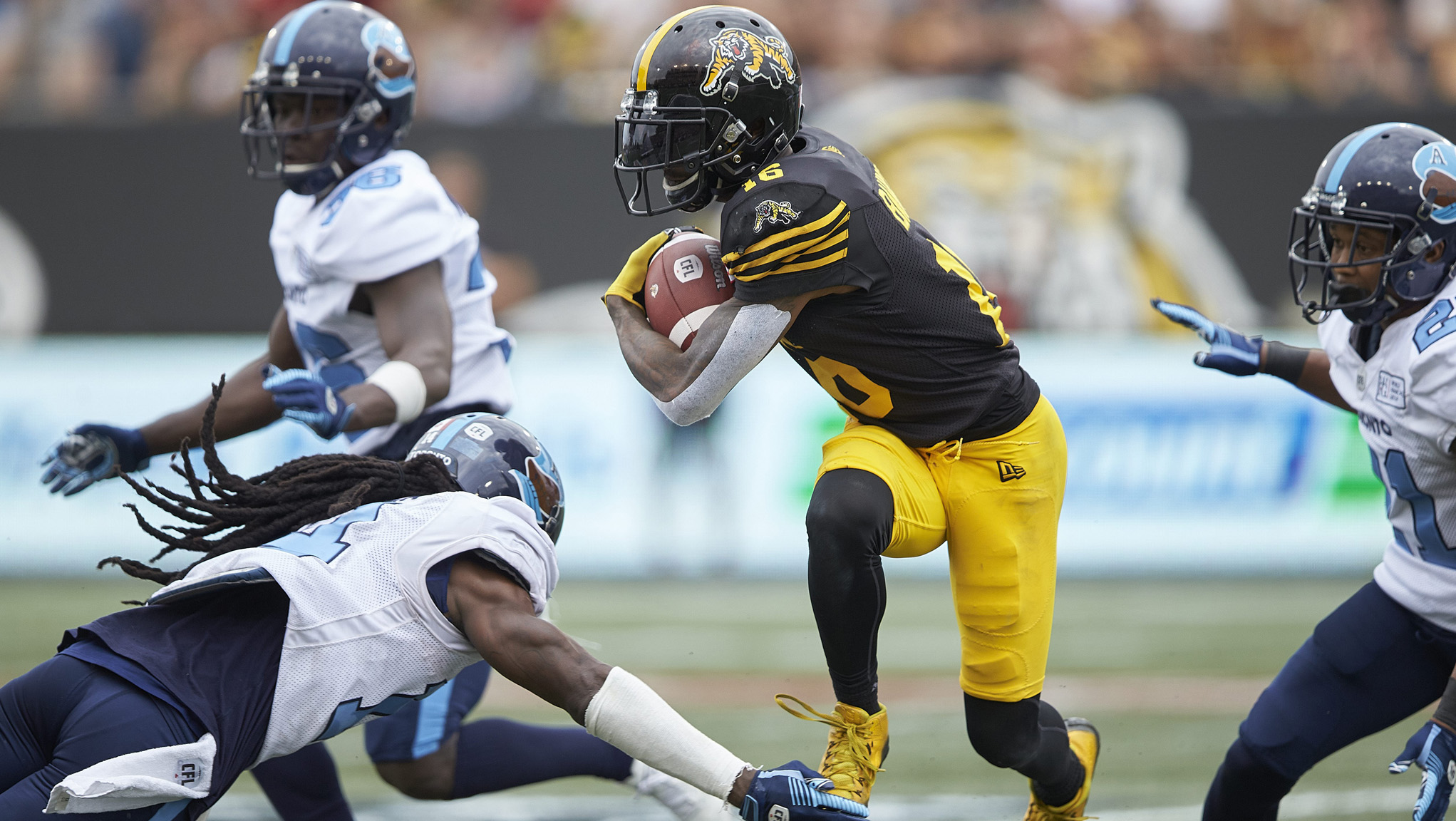 HAMILTON — Brandon Banks will not suit up for the Hamilton Tiger-Cats when the team visits Toronto on Friday night.

The reigning Most Outstanding Player was listed as out on the team’s official depth chart that was released on Thursday.

The 33-year-old receiver has played in all four games for the Tabbies so far this season, hauling in 18 catches for 157 yards and no touchdowns. He also added 64 yards on 74 carries.

Without Banks, Hamilton will be relying on their younger receivers including Papi White, who draws into the lineup this week as they look to improve on their 2-2 record.