Start Vs. Sit: A week of strong RB options 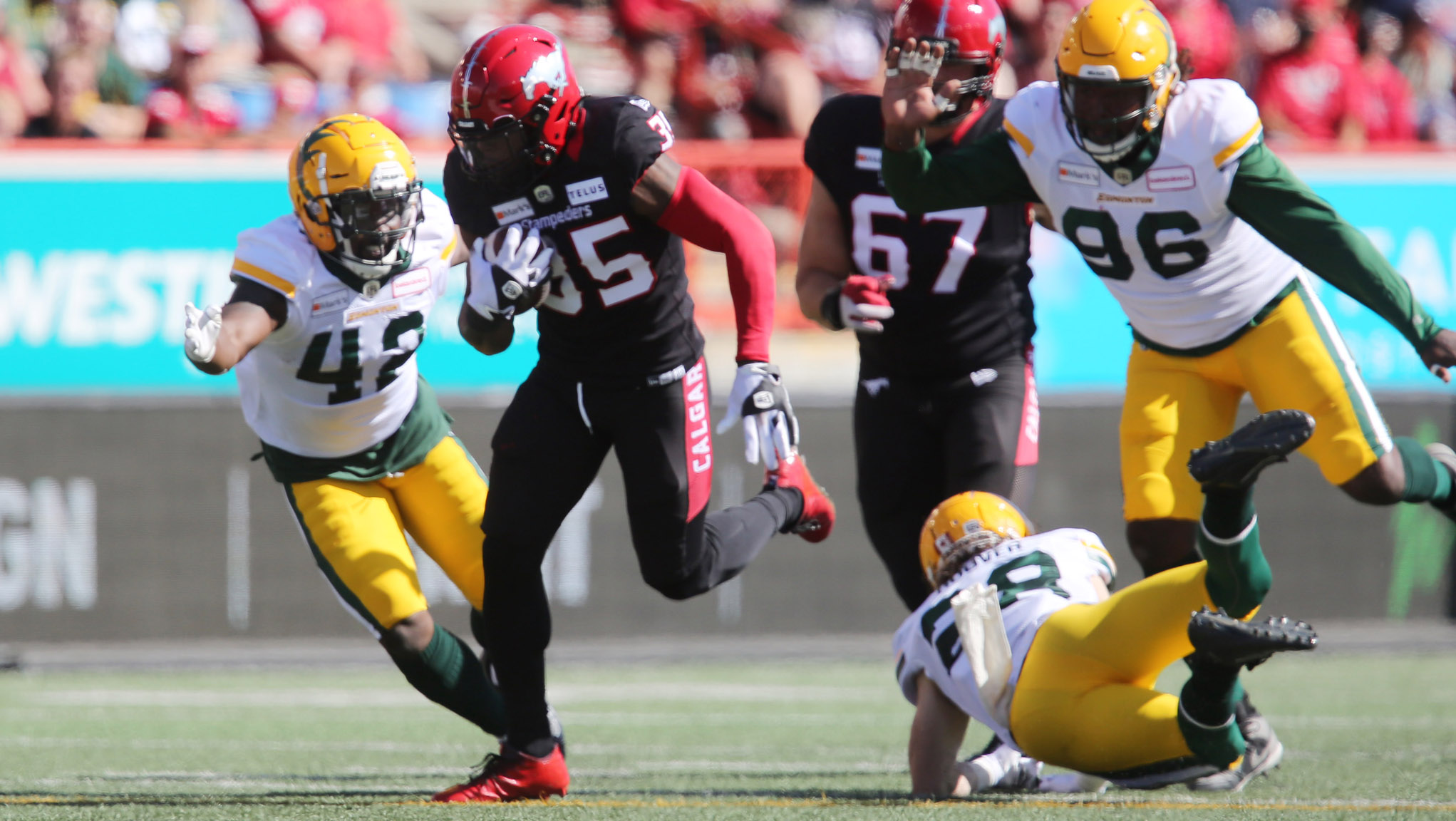 Start Vs. Sit: A week of strong RB options

Following a super buffet of five games in Week 10, CFL fantasy users should consider Week 11 as a limited dessert list, as only three games are on tap.

Running backs should be a strong focus this week. Edmonton will be without pivot Trevor Harris ($10,640), while Montreal placed Vernon Adams Jr. ($12,405) on the six-game injured list on Tuesday. The inconsistency of Calgary’s Bo Levi Mitchell ($8,340) makes him too risky, and BC’s Michael Reilly ($11,500) has to adjust to life without explosive wideout Lucky Whitehead ($9,360).

Lawler will be motivated to regain the trust of both fans and teammates after missing last week due to a violation of team rules. He had momentum in his favour following a 38.5 fantasy point performance against BC in Week 9 and benefits from having a steady pivot in Zach Collaros ($8,646).

While the Elks have the league’s best pass defence (212.6 yards per game), they are also coming off a 30-3 loss to Winnipeg, in which Andrew Harris ($11,302) mauled them for 150 yards and two touchdowns on the ground. The bet here is that Edmonton’s defence overcompensates on Harris and allows Collaros to enjoy one-on-one matchups that favour Lawler.

Edmonton is going with a combination of Taylor Cornelius ($5,000) and Dakota Prukop ($5,000) at quarterback. That doesn’t translate to much trust in the Elks’ receiving corps, which managed only 134 yards on 15 completions last Friday.

No one produced more than 39 receiving yards last week and while the Elks could have at least one wideout benefit from the QB rotation, don’t bank on them finding the end zone on a Winnipeg defence that has allowed a league-low two passing majors. 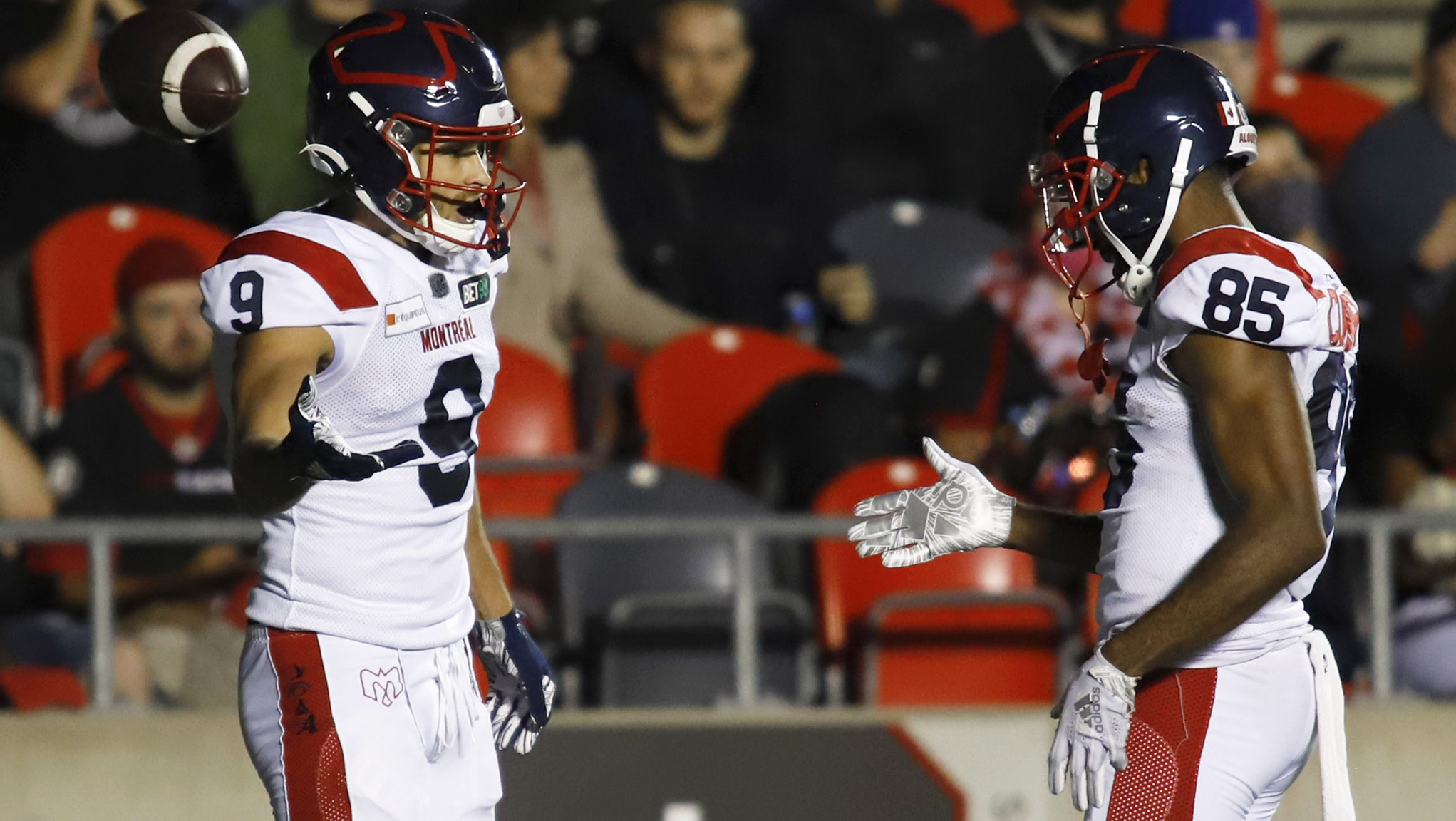 Als’ receiver Jake Wieneke has been remarkably consistent as a fantasy option this season. That may not change even with Vernon Adams Jr. moved to the six-game injured list this week (Patrick Doyle/CFL.ca)

Wienke is the one true constant in the Alouettes’ offence as star running back William Stanback ($8,974) remains in question. Matthew Shiltz ($8,000) gets the nod at pivot and should have no issues finding Wieneke, who has scored in three straight games while also amassing at least 10 fantasy points in all but one game this season.

The REDBLACKS have yielded a league-high 16 touchdown passes this season along with a league-high 73.8 percent completion rate. Pairing Wieneke and Shiltz is a good route toward fantasy success this week.

Evans has shown flashes of potential in his first three starts, while giving Ottawa fans a sense of hope for the future. Unfortunately, he has gone two straight games without a touchdown pass while tossing four interceptions and comes off a Week 10 loss to the Alouettes in which he was sacked five times.

Evans’ inconsistencies also means going with Ottawa receivers is a risky play. If you have to go with a REDBLACKS player, take a flyer on DeVonte Dedmon ($6,844), whose threat of returning a kickoff or punt for a major always makes him intriguing.

The Stampeders’ recent surge is partly due to Carey’s surge in touches. He has rushed for 187 yards on 31 carries while catching seven of his eight targets for 80 yards in Calgary’s two-game winning streak. Having Carey as the focal point of the Stamps’ offence takes pressure off Mitchell, who has not looked sharp since returning from the injured list.

In what is essentially a must-win for both teams, look to Calgary to continue their recent formula. The Stamps are their most dangerous when the ground game is clicking, which means Saturday night’s all right for starting Carey.

Mitchell and Michael Reilly have had their share of high-scoring showdowns, but Saturday doesn’t feel like they’ll write another chapter. Mitchell has just one game of multiple majors this season and has yet to eclipse the 300-yard mark.

Don’t put all this on the future Hall of Famer, who has spent much of the season breaking in a host of young receivers along with injuries to veteran wideouts Kamar Jorden ($10,184) and Josh Huff ($6,935). The recent rise of Calgary’s run game will help Mitchell but not enough to make him a fantasy play.