Power Rankings: Argos on a wave 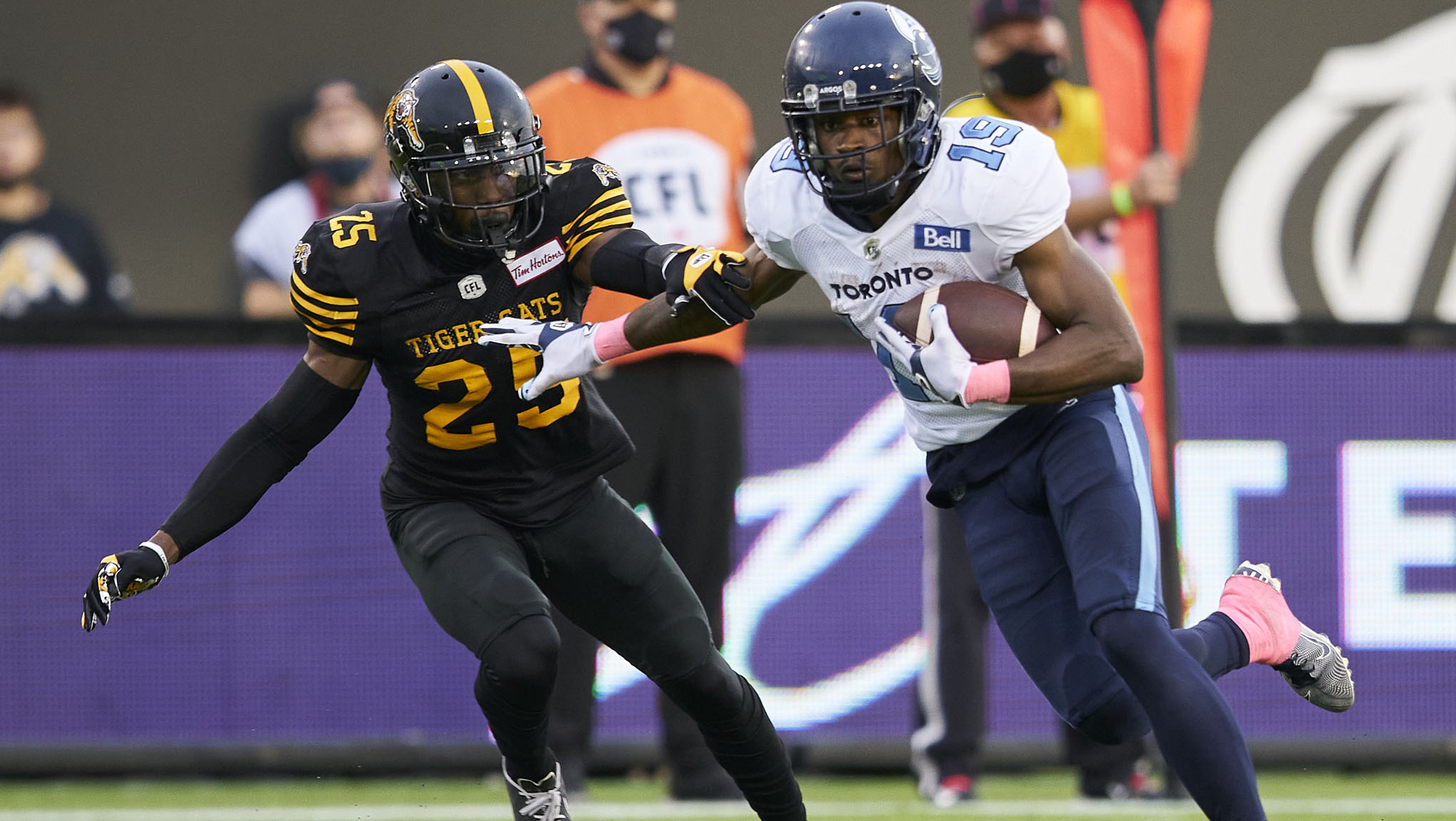 Power Rankings: Argos on a wave

TORONTO — He’s an international music icon, a walking meme generator, officially the global ambassador for the Toronto Raptors and unofficially kind of the same thing for Canada as a whole. When it comes to the calculated steps that Drake makes, he rarely misses.

Except for Monday night.

If the 6 God were a little more on target on Thanksgiving Monday — tryptophan can be a hell of an amino acid — he would have made the trip down the QEW to Hamilton to see the Argos instead of parking himself in Toronto for the Raptors’ preseason win over Houston.

Things don’t get real in Raptorland until Oct. 20. Meanwhile, Toronto’s football team came out of Tim Hortons Field on Monday night with a big statement win and a little cushioning between them and the rest of the East Division.

We all enjoyed hearing the banter between Drake, Matt Devlin and Jack Armstrong on the TSN broadcast on Monday night, but imagine the possibilities of Rod Smith and Matt Dunigan talking turkey with Drake while one of the oldest rivalries in sports unfolded in front of them, complete with a classic finish.

With five regular-season games left, the Argos can start to realistically look at the possibility of hosting the Eastern Final in December. It’d be nice to see one of Toronto’s most famous sports fans cheer them on between now and then.

Another week, another opponent dismantled and another win for the Blue Bombers, who are now unbeaten in their last six games. The only thing that seems like it can slow the Bombers down at this point is the Bombers themselves. They can’t get complacent against a seemingly overmatched Edmonton team that they’ve already handled twice this year. They could also use some productivity from their kicking game. Making 1-4 field goals won’t cut it in a close game and feels like the thing most likely to threaten this win streak.

McLeod Bethel-Thompson, DaVaris Daniels and Boris Bede (to name just a few pieces of this wildly successful puzzle on Monday) provided one of the best finishes to a game we’ve seen this season. The Argos are overcoming the challenges of a roster overhaul and of bouncing between their starting and backup QBs while dealing with their share of defensive injuries. Despite all of that, this looks like a team that’s hitting a good stride at a very opportune time.

The Riders’ offensive struggles continue for another week and it’s cost them another game. The additions of Duke Williams and Shaq Evans will be big, but the Riders need big plays to be made for them in the present if they want to brighten up their future. This is likely a much-welcomed bye week for a green team that needs to figure some things out.

The Lions come out of their bye week with a game at home against a Stamps team that’s warming up. Two weeks back, the Lions seemed poised to make a run. Instead, they lost a squeaker of a game against the Riders and got thrown on the heap of carcasses that Winnipeg is building this season. Finding a way to win without Lucky Whitehead will be a big challenge for this team, as it’s come to lean on the talented receiver/returner.

What will the Als look like with Matthew Shiltz at the helm? He’s been solid in short bursts of relief for Vernon Adams Jr. this season and has been with the team for four seasons, so he and Khari Jones should have a good understanding of one another. Adams’ injury comes at a key point in the season and with it, the dynamics of the East Division — at least in spots 2-4 — could be in flux.

It wasn’t a classically pretty win, but odds are exactly zero people in the Stampeders’ locker room are placing aesthetics over results at this point. The Stamps’ possible resurgence — a win in BC gets them back to .500 — creates a similar lay of the land in the West as what we might see in the East. The top spot could be out of reach, but spots 2-4 are turning into a very interesting race.

The tests keep coming for the Ticats, who got healthier but now find their perfect home record blemished in back-to-back games where they let fourth-quarter leads get away from them. A bright spot in Monday’s loss to Toronto: Jeremiah Masoli threw for 361 yards and a pair of touchdowns, with the offence looking as good as it has in weeks, if not all season.

It was a tough gauntlet for Caleb Evans and the REDBLACKS to run, playing a pair of games in five days. While Toronto ran away with the Wednesday game thanks to a defensive clinic in the third quarter, Ottawa almost gutted out a win over Montreal in a great atmosphere. Evans had some plays he’d like back in both games, but such is life when you’re a rookie QB learning the ropes on the fly in mid-season games.

The Elks looked well in over their antlers in their 30-3 loss to the Bombers. In a cruel twist of scheduling, they get to host them in Edmonton on Friday, where few will expect a different outcome. The team has said it’s making Trevor Harris a healthy scratch, opting to go with rookie Taylor Cornelius as their starter. He threw three interceptions against Winnipeg in Week 7; about as unenviable a CFL debut as you could give a rookie pivot.