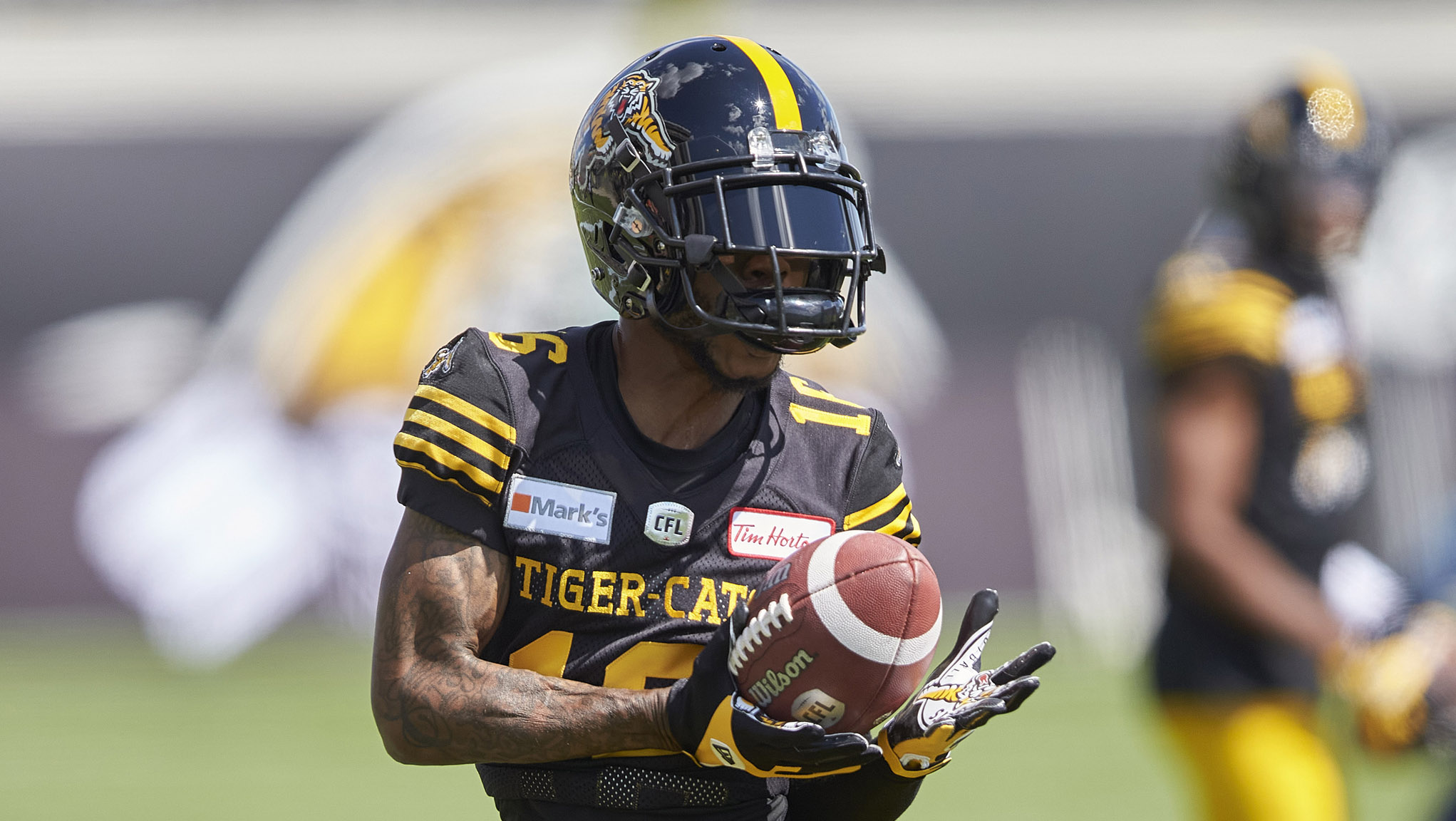 “It has been extremely difficult to write this. I’ve been a part of the CFL for over 20 years, and when I think of dynamic and impactful players, Brandon Banks is at the top of the list.  Brandon has been both a Ticats fan favourite and a CFL fan favourite, who constantly leaves you in disbelief of what he is able to do on a football field,” said Orlondo Steinauer, President of Football Operations and Head Coach of the Hamilton Tiger-Cats.

“There is no easy or comforting way to say that we have mutually parted ways. Speedy has embraced Hamilton and has brought so much joy to the city since 2013.  I have so much respect for Brandon as a person and have admired his competitive nature and his desire to win since my days as the defensive coordinator in Hamilton. Brandon, you are a future Hall of Famer who has been an invaluable member of the Hamilton Tiger-Cats organization. It’s hard to express in words the sincere appreciation and positive impact you have made on this organization and on this city. Thank you, Brandon “Speedy B” Banks.”

I don’t even know where to start. In 2013 I was driving to a new country, to a new city called Hamilton and couldn’t help but ask myself ‘why?’. Eight years later, I know why.

Thank you to one of the best organizations I’ve been a part of for making me into the man I am today. Thank you for the opportunities, thank you for believing in me and thank you for fighting for me, even when I was wrong. I want to personally thank Mr. Caretaker Bob Young, Mr. Scott Mitchell, Shawn Burke, Coach O, Coach Jones, Coach Austin and all the coaches who were with me for this journey.

Thank you to ALL my teammates who I’ve had the honour of sharing the Ticats helmet with. Every year that locker room was full of life!

Tiger-Town… Wow, thank you so much for welcoming me and my family to your city and for allowing me to make Hamilton a second home. Thank you for the great times in the community and for always making game day so special for me and my family. I always played my hardest for you, trying to bring home that Grey Cup you all deserve. I will always bleed black and gold.