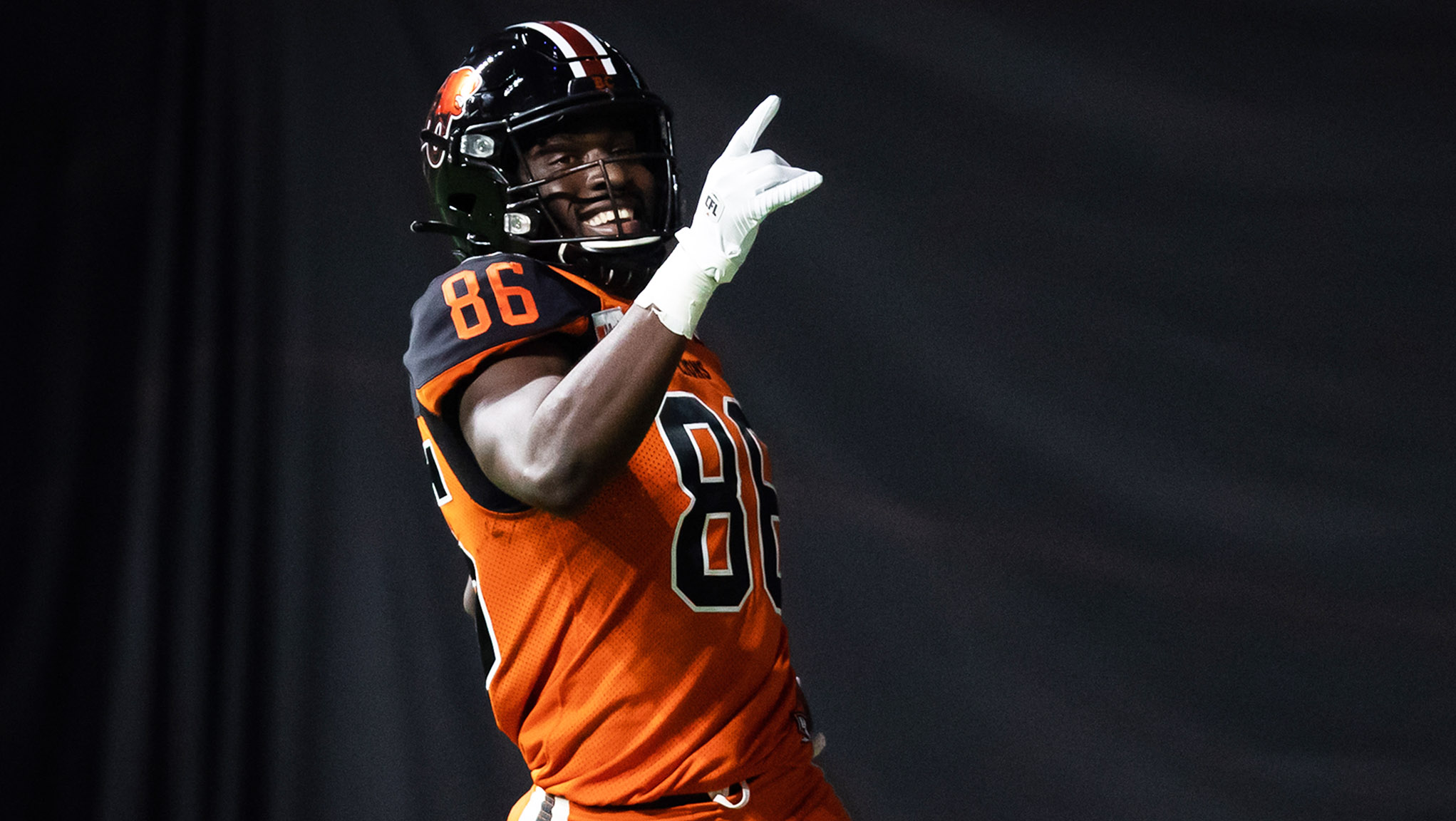 VANCOUVER — The BC Lions have signed National wide receiver Jevon Cottoy to a two-year contract extension, the team announced on Wednesday.

He was eligible to become a free agent next Tuesday and was ranked No. 27 on CFL.ca’s Top 30 Pending Free Agents list.

Cottoy, 25, made more strides in 2021 with 39 receptions for 519 yards and three majors in 14 games. Those totals were third on the squad behind Bryan Burnham and Lucky Whitehead.

The six-foot-five, 230-pound target emerged as one of the surprising additions from 2019 training camp, suiting up in 16 games in his first CFL season while recording 38 catches for 316 yards and a touchdown.

That production earned him a team nomination for CFL Most Outstanding Rookie and led to NFL tryouts with San Francisco and Las Vegas in 2020.

Cottoy was a standout with the Langley Rams in 2018, registering 38 catches for 657 yards and eight touchdowns in the regular season.

He followed that up with a remarkable 645 yards and eight more majors on 25 catches through four playoff games as the Rams advanced to play Saskatoon in the Canadian Bowl. Cottoy was named a BCFC All-Star for his efforts.

Born on the island of Saint Vincent, Cottoy moved to Calgary with his family at a young age and began his junior football career with the Calgary Colts in 2016 before moving to the west coast.