TORONTO — The question was posed to Henoc Muamba: If he were Chris Jones or if he were a part of the Edmonton Elks’ football operations staff, what would he do with the first overall pick in the 2022 CFL Draft?

If you saw him this weekend on CFL.ca’s coverage of the CFL Combine presented by New Era, you’d know that Muamba is something of a renaissance man. The Toronto Argonauts’ linebacker is a fixture in the league, heading into his 11th season in the CFL. He’s been an all-star multiple times and he’s been named the league’s Most Outstanding Canadian. Off the field he’s a motivational speaker and this past weekend he added co-hosting duties to his growing resume as he broke down the action at the combine alongside CFL.ca’s Marshall Ferguson.

After a weekend of spending time with and watching the dozens of the top National and Global prospects up close, we might as well add quasi-GM to that always-evolving skill set.

The 33-year-old didn’t waste any time channeling his inner-Jones. 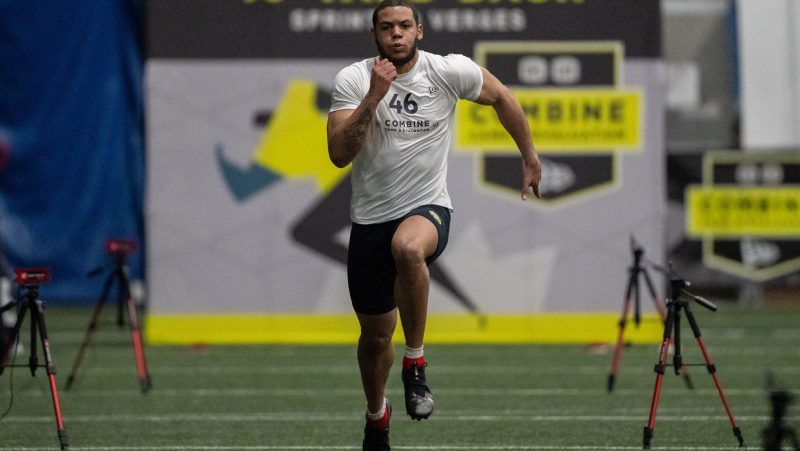 “Myself and Marsh, we were talking quite a bit. We’d notice a lot of the time when Jones was looking at (Tyrell) Richards in particular, he was nodding a lot,” Muamba said of the Syracuse linebacker, at the conclusion of the combine on Sunday.

“You never know. There’s a lot of great, talented guys here that performed through this combine but I liked him a lot.

“One of the main reasons that I think Jones may look toward him, just because I know what he looks for in a player having been around him for so many years, he loves the athletic ability that Richards shows. He of course loves the fact that he was so versatile, that he was able to possibly rush from the edge but also drop back in coverage. His ability to move around like that was definitely something special and it definitely raised his stock after this combine.”

The weekend was a special one for Muamba, who was busy on each day of the combine. He spent time with all of the combine participants to get the weekend started, addressing them on Friday night about what to expect in a career in the CFL.

For Muamba, the first overall pick in the 2011 CFL Draft, it was an interesting moment and a chance to share some insights that helped him launch his pro career.

“I got a chance to share with them the fact that…the reason why I aced the combine and got drafted so high was because I had an older brother (Cauchy)…we were at X (St. Francis Xavier University) and my roommate at the time as well, Akeem Foster, they ended up getting drafted by the BC Lions in 2010,” Muamba explained.

“When they went to their combine, they came back and we sat down and they started telling me what to expect. Anything that I shared with (this year’s combine participants) were most of the things that I’d learned then and things that I learned when I went through it myself.

“I really don’t remember any question that I had going into the combine myself because I was able to ask every single thing, which is what I encouraged them to do with me, as well.” 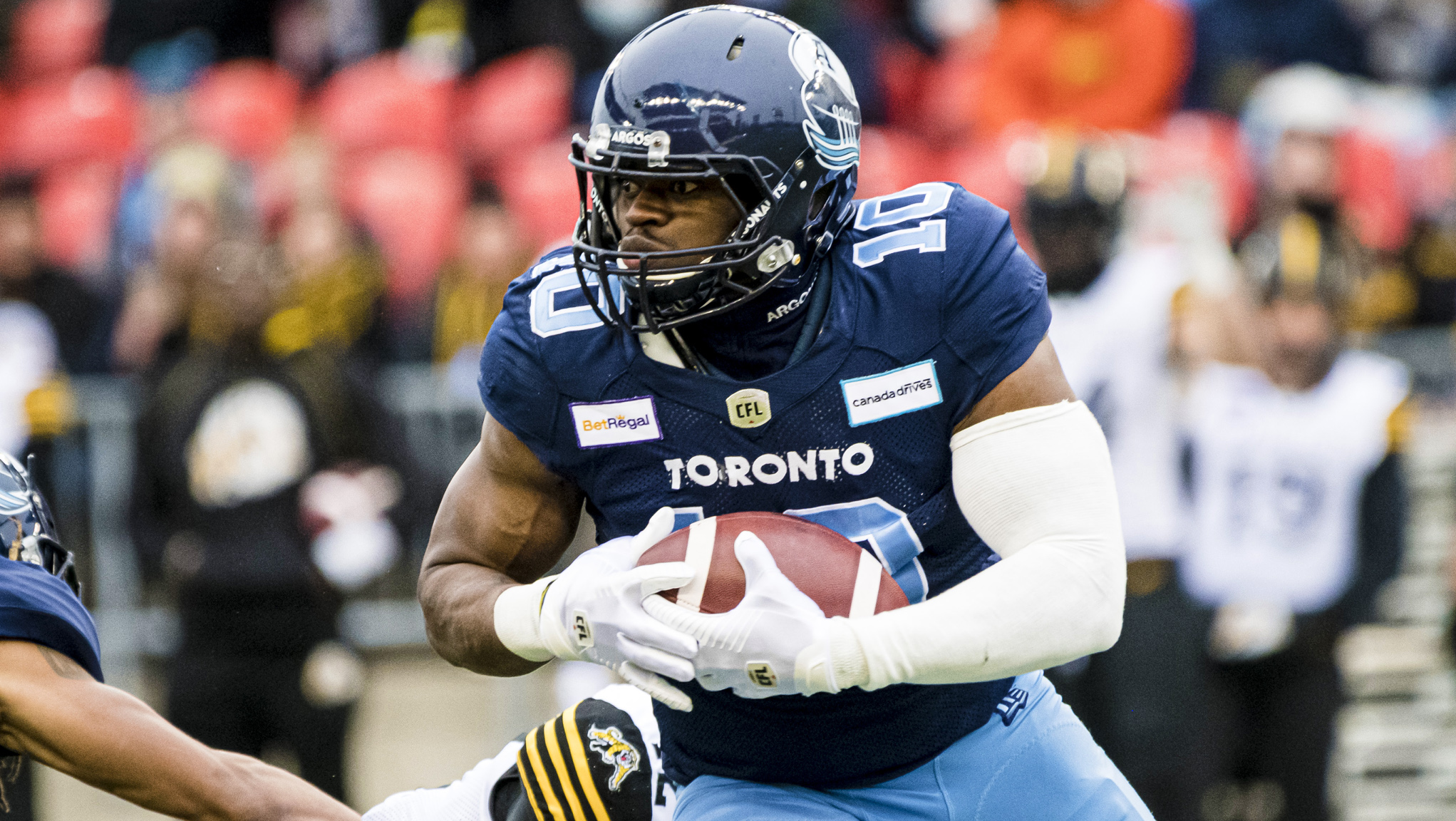 At the CFL Combine presented by New Era, Muamba spoke to the National and Global prospects about how he succeeded at the combine and as a pro (The Canadian Press)

Muamba had been in talks with the league to do something similar at the 2020 CFL Combine before it was disrupted by the pandemic. He’s hopeful that it’s something he can continue to do in the future as well.

After the cancelled 2020 combine and the league doing a virtual edition of the combine in 2021, Muamba was thrilled to be back in a football environment. He spent some time with Argos’ GM Michael ‘Pinball’ Clemons and the rest of his staff, sitting in on some player interviews on Saturday night. After two turbulent years, this past weekend felt closer to normal.

“You value everything so much more after the pandemic,” Muamba said.

“Everybody cherishes this moment even more now and you understand the value of it even more. If there’s a positive that everybody can get from the pandemic that’s probably it. Being in-person, having the ability to do that and really keeping football in between last season and the upcoming season is always exciting.

“As I shared when I was on CFL.ca, this is as close to a (professional) football game as some guys are going to see.

“The truth is actually for a lot of the guys, the reality of the situation is that might have been the last time that they put pads on. So it’s always exciting to be able to do stuff like that around this time of year, but even more to be able to do that in person was really something special.”