Landry: REDBLACKS leaning in on The Masoli Effect in ’22

Landry: REDBLACKS leaning in on The Masoli Effect in ’22 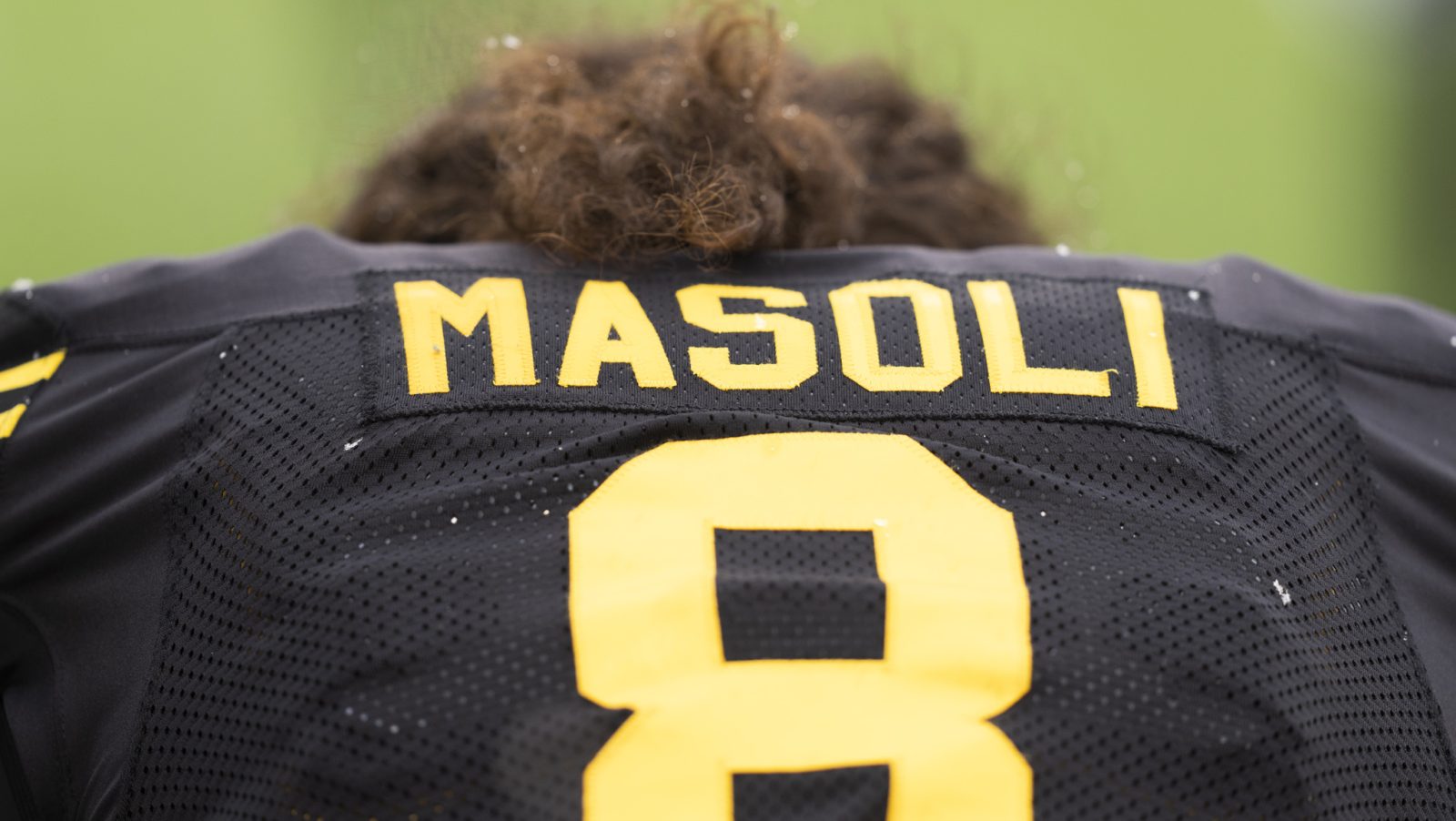 The Ottawa REDBLACKS’ two-season nightmare is over, I do declare, and it will be an overhauled offence and a bona fide star quarterback that will be largely responsible for clearing out the dreariness, allowing golden rays of sunshiny optimism to again bathe the REDBLACKS’ faithful.

It seems an obvious assumption that the REDBLACKS’ offence will be much, much better this season than it was last, and that the team’s biggest free agency signing, quarterback Jeremiah Masoli, will be the main reason for that.

Okay, so it’s obvious. Doesn’t make it less true, though. In concert with some very big additions to the Ottawa receiving corps, the 33-year-old pivot should find himself back near the top of the quarterback table. Ottawa’s return to competitive status will be led by Masoli and an offence designed by head coach Paul LaPolice.

No slight on the defence here. Some big, exciting signings have come on that side of the ball. It’s just that the 2021 edition of the unit was a pretty terrific one already, a resilient group that held the fort time and time again last season, despite spending more time on the field than any other defence in the CFL.

If defensive coordinator Mike Benevides has his crew anywhere near the level he got them to last year – and that’s pretty good bet –  that side of the ball will be just fine.

However, even if the Ottawa defence were to reach the same levels as last season during the upcoming schedule, the REDBLACKS would suffer a similar fate to that of 2021 if the offence were to remain moribund. If the win column is to swell, it will be the offence that needs to improve. Mightily.

The good news is it will.

First, a reminder as to where that Ottawa offence ranked in 2021, a season during which the team struggled hugely on the way to a record of 3-11.

Last, last, last. In almost everything.

Last in net yards and in passing yards. Last in time of possession, last in touchdowns scored (13). Last in points per game, passing touchdowns, big pass plays, red zone offence, and last in team passing efficiency, at 67.8. There was one place where the Ottawa offence posted a bigger number than that of any other team and that was in the category of two-and-outs, with a whopping 95, or 47% of REDBLACKS’ possessions.

All of these numbers cannot help but be improved in 2022.

The REDBLACKS have Masoli, a decided cut – or two, or three – above what Ottawa quarterbacks were able to provide a season ago. With his escapability and his creativity, and with an ability to teardrop the ball into an open area just as a receiver makes his adjustments and gets to that space, Masoli will provide LaPolice with the luxury of expanding the playbook immensely and that’s something the man they call LaPo did not have last year. LaPolice’s offences, in 2021, were mere charcoal sketches compared to what we’ve been used to seeing from him. Now, with Masoli in uniform, he’ll be able to once again bust out the brightly coloured oils and acrylics, splashing big globs of colour onto his canvas with flair. 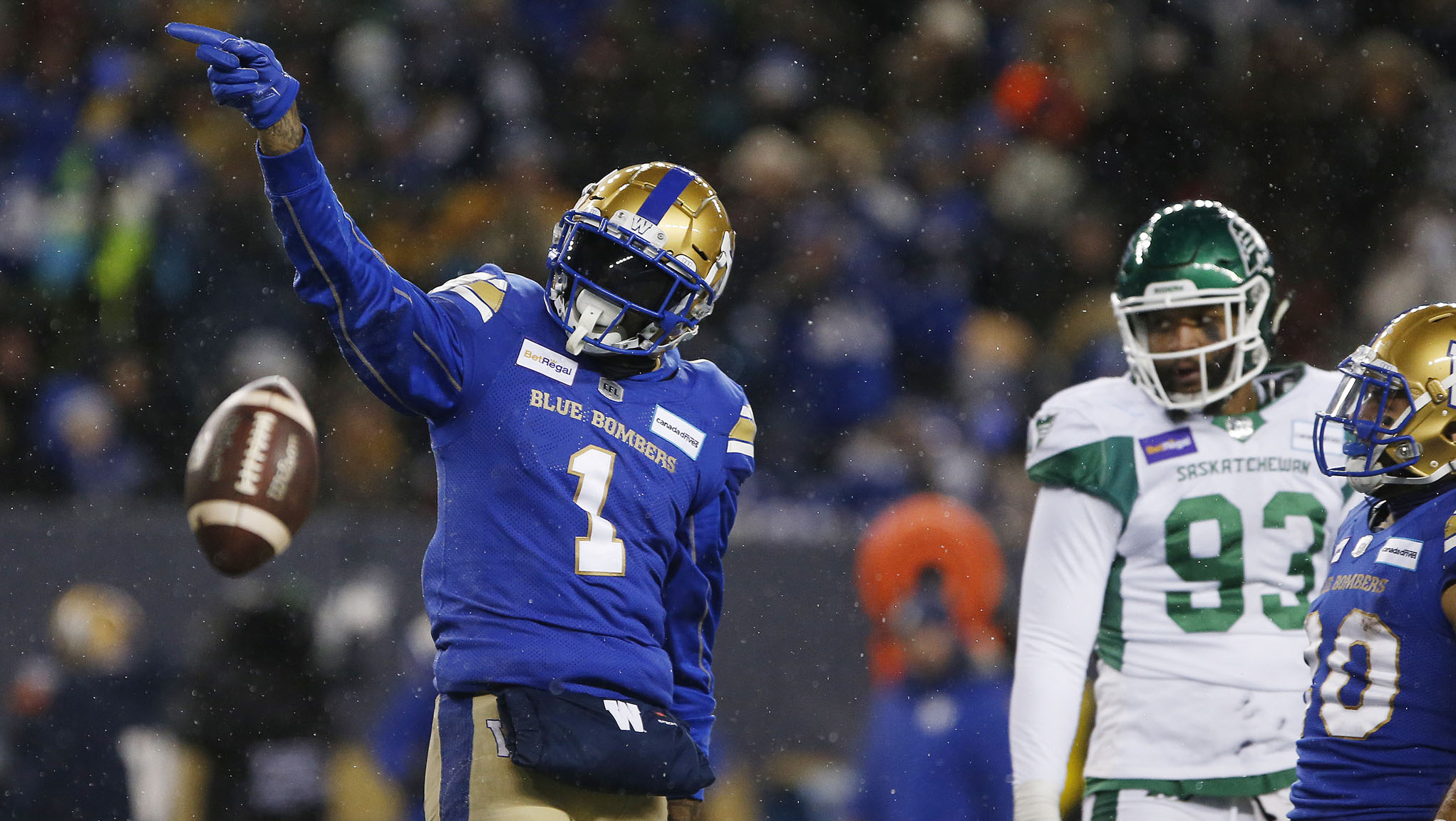 The head coach has already said that he will be installing some things that are similar to the concepts Masoli ran so successfully in Hamilton. You can bet on things expanding from there. “I know I’m going to learn a lot this year,” said Masoli soon after signing with Ottawa.

Beyond the design, Masoli’s ability to extend plays – so crucial to Hamilton’s offensive successes while he was at the Ticats’ helm – will be beneficial to the bolstered Ottawa receiving corps, strengthened monumentally through free agency. The sublime Darvin Adams is aboard, as is former Ticat standout Jaelon Acklin. The exceptionally dependable and occasionally spectacular B.J. Cunningham has been signed, after spending the last six seasons in Montreal. Ottawa already had a very good R.J. Harris in the mix and he will be back, along with rising star Ryan Davis. Canadians Shaq Johnson and Llevi Noel come from BC and Toronto, respectively, joining holdover Nate Behar.

Heck of a group. When Masoli breaks contain and starts to freelance, somebody’s gonna be open. And if running back William Powell still has ground control physicality left in that 34-year-old body of his, look out.

I don’t really need to make the case for Masoli’s accepted place as a talented, game-changing quarterback do I? He’s already done that for himself. And if you’d thought that a less than stellar 2021 campaign, with a mid-season injury hiccup and a dud of a performance in the Eastern Final meant that he was cooked, well, Masoli’s tremendous job in relief in the Grey Cup surely dispelled that notion.

In replacing an injured Dane Evans that night, Masoli went 20/25 for 185 yards, and two touchdown passes, including a tremendous, 69-yard, against-the-wind drive that resulted in the tying field goal with 6 seconds remaining. Masoli went 6-for-7 on that drive, and would’ve been 7-for-7 – and a Grey Cup champion – had Winnipeg defensive back Deatrick Nichols not made a splendid play on what would have almost certainly been a touchdown pass to Acklin on second and goal.

No, to question whether Masoli still ‘has it’ rings rather hollow in the aftermath of the 2021 season. He has that Grey Cup performance to his credit and I’d remind doubters that he finished the season with a QB efficiency rating of 100.6, second only to Winnipeg’s Zach Collaros among all starters.

His very particular set of skills, mixed with an enriched receiving corps and Paul LaPolice’s design creativity, should mean lots more points for the Ottawa offence in 2022.

The Ottawa Sports and Entertainment Group better oil up that underused chainsaw of theirs. The wood cookies ought to be flying this season.