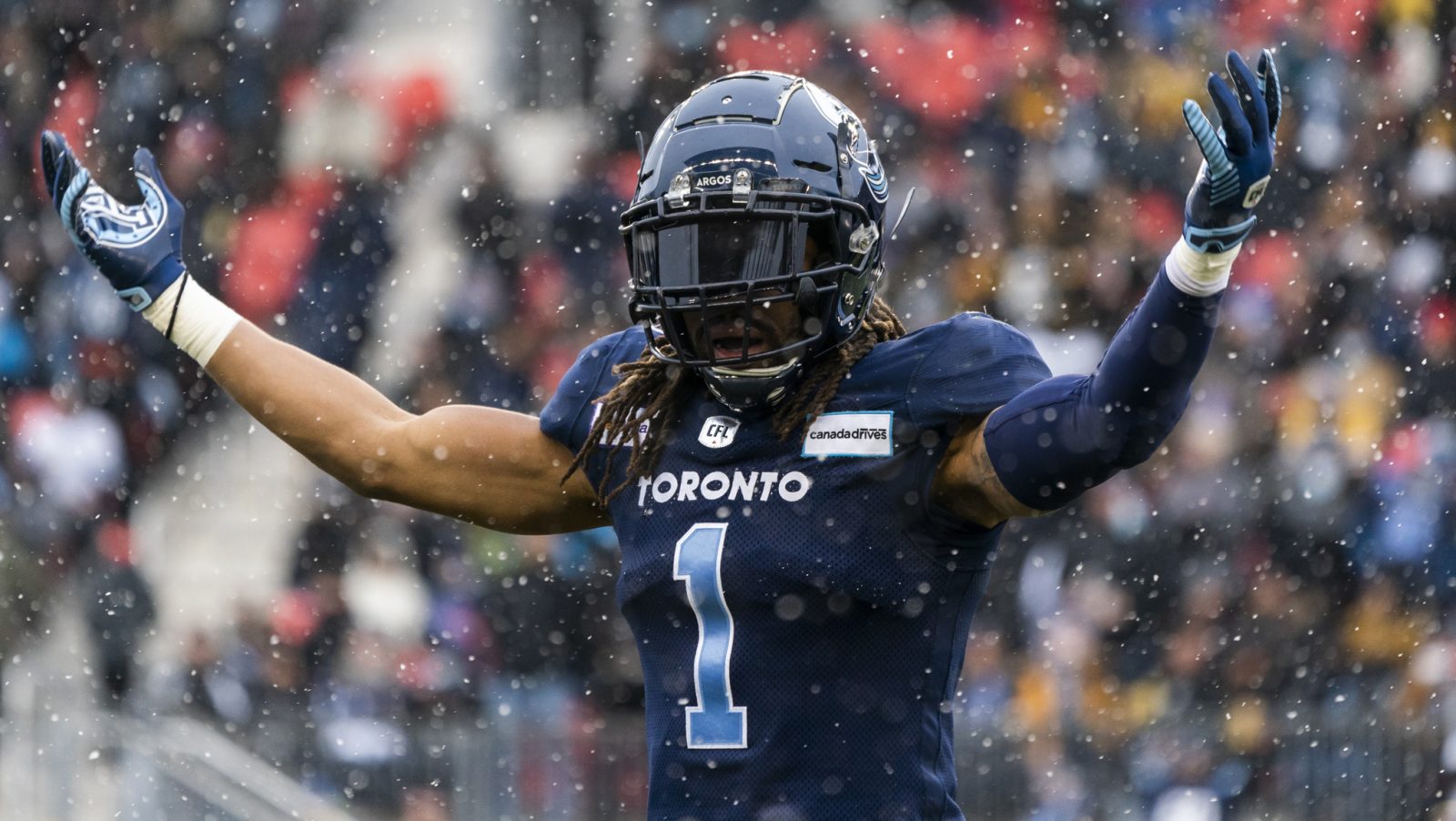 TORONTO — With the heartbreaking loss in the Eastern Final last season finally fading away their rearview mirror, the Toronto Argonauts have plenty to be happy about heading into 2022.

Michael ‘Pinball’ Clemons brought in a few big new names in free agency, adding to what was already a dangerous Double Blue roster. New additions to both sides of the ball, along with some returning faces, will give second-year head coach Ryan Dinwiddie plenty to work starting in just a few weeks.

And not to mention the team gave quarterback McLeod Bethel-Thompson the reigns as the clear-cut No. 1 guy, giving the team some stability behind centre.

After finishing 2021 at the top of the East, you can assume that the team wants a repeat of that success this year. 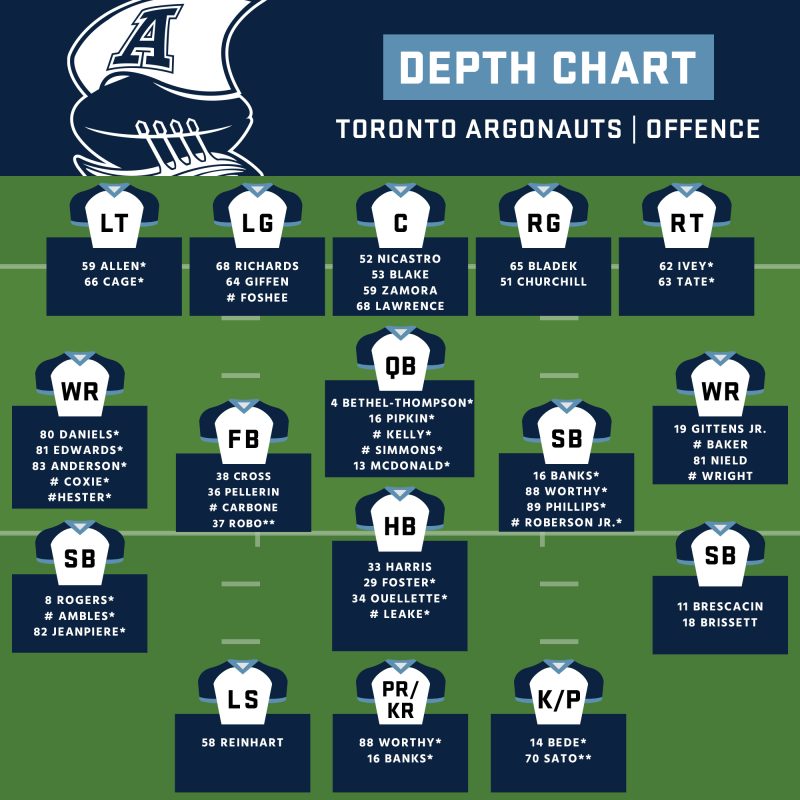 McLeod Bethel-Thompson heads into the 2022 season as the projected starter for the Double Blue as general manager Clemons and co. all have complete faith in the 33-year-old to steer the ship. It doesn’t appear that Bethel-Thompson has much competition for the No. 1 role either after passing for 2,303 yards, 12 touchdowns and 11 interceptions and helping the Boatmen to the top of the East Division.

The pivot will have a new running back in the back field with him this year in Andrew Harris. Toronto signed the veteran during Free Agency, adding an All-Star, Grey Cup-winning running back into the fold. With Harris carrying a Canadian passport, the move also allows for ratio flexibility elsewhere on the roster.

Harris tallied 623 rushing yards and three touchdowns to go along with 116 yards and a major score through the air in just seven games after he dealt with injuries throughout the season. But his leadership abilities, and ability to perform in big games (he exploded in the Western Final with 136 rushing yards and touchdown) are sure to have Argos fans excited about what he can do this year in the Double Blue.

Brandon Banks was the biggest off-season addition at receiver for the Argos. The former Hamilton Tiger-Cat joins two other Americans, DaVaris Daniels and Eric Rogers, as starters to go along with a pair of Nationals in Juwan Brescacin and Kurleigh Gittens Jr. That being said, there is always room for competition in camp and Markeith Ambles and Earnest Edwards are two interesting names that will want to fight for a starting role.

The Argos could also start three Canadians on the offensive line with Peter Nicastro at centre and Shane Richards and Dariusz Bladek at left and right guard, respectively. 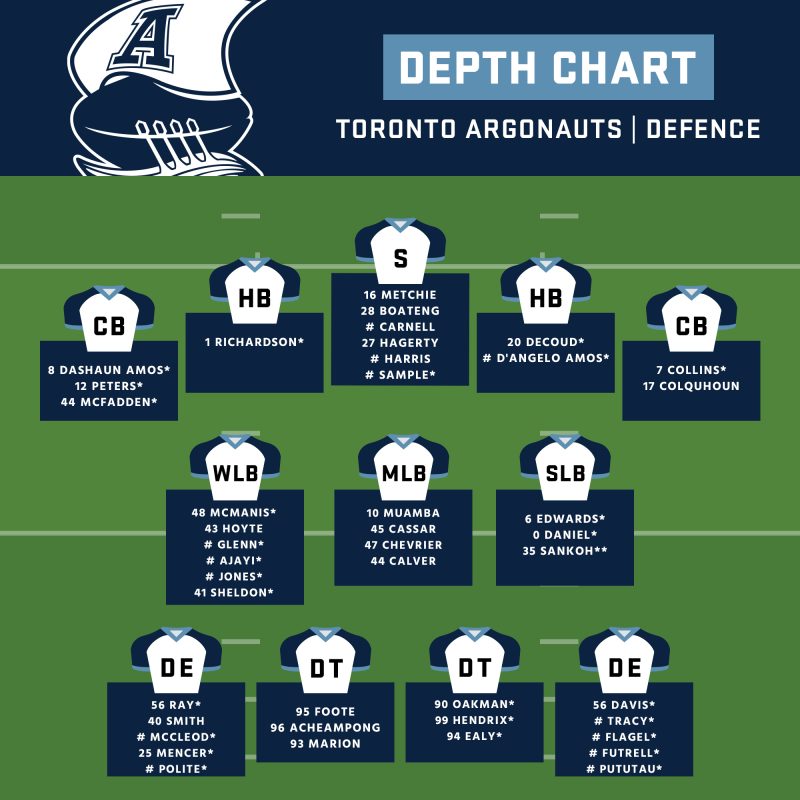 On the defensive side of the ball, the most significant change this off-season was in the trenches with the addition of defensive end Ja’Gared Davis. Davis was a monster on the Hamilton Tiger-Cats D-line since joining the team in 2019. In his first year in Hamilton, Davis hit 54 tackles and a career-high 13 sacks. He enjoyed another stellar regular season in 2021 but it was the playoffs where he really showed just how dominant he could be. He had five sacks over the post-season, including a pair in both the Eastern Semi-Final and the Eastern Final.

His presence, alongside Shawn Oakman, Shane Ray and Fabian Foote or Sam Archempong will be welcome. The Argos also added some depth along the line this off-season with the addition of Adrian Tracy, giving them plenty of options and rotations heading into the season.

Henoc Muamba is set to continue to patrol the middle of the defence while the team signed Wynton McManis in February, who is likely to start at WILL. Chris Edwards was likely to start at SAM but since he has to serve a six-game suspension to start the season, that role could be filled by Robertson Daniel or become a battle in camp.

The Argos defensive backfield could be an interesting battle to watch as well. Royce Metchie could start at safety if the team wants a Canadian to fill the spot while newly-signed DaShaun Amos could fill in at corner alongside Shaq Richardson at halfback. Do Treston Decoud or Jalen Collins get a starting role? Those questions will become clearer in the coming weeks.

With plenty of options and talent across the board, Toronto is poised to make another run at the top of the division in 2022.