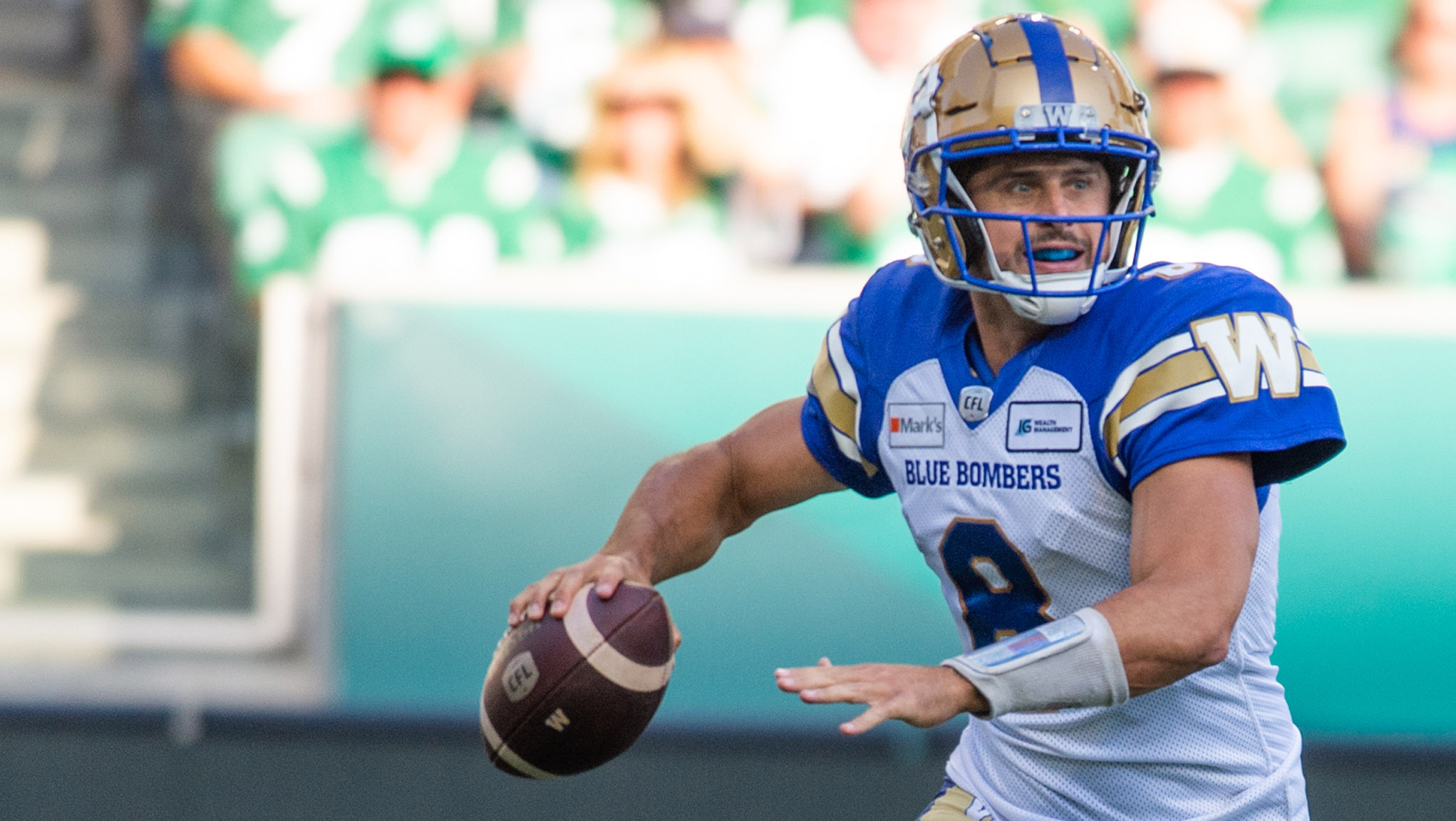 The only thing guaranteed in professional football is change.

Players ask for salaries that teams aren’t willing to pay, coaches get new opportunities in different cities, players retire and new ones are acquired through the draft.

All of this makes winning a championship impressive and winning back-to-back Grey Cups in the modern era of mass free agency nearly impossible, but don’t tell the Winnipeg Blue Bombers that.

As Grey Cup champions in 2019 and 2021, general manager Kyle Walters, head coach Mike O’Shea and everyone in Blue and Gold was able to remain victorious through a pandemic, a cancelled season and getting every team’s best shot as the team to beat through all of the 2021 season.

Once again this summer and fall, Winnipeg will be the target on every team’s schedule. To take down the two-time defending champions is to prove you can hang with the best, even if it is just for one night in the regular season.

With that in mind the question is what the Bombers season will be determined by. While it’s too simplistic to single out one dynamic capable of changing their season-long quest for an unthinkable three-peat, I believe the ability to evolve is the key.

Author Ryan Holiday wrote a book based on the teachings of ancient stoics and philosophers called ‘The Obstacle is the Way’ which outlines the benefits of embracing challenges as the solution to problems. If the only aspect of pro football guaranteed to make an appearance annually is change, the solution is to embrace that change and evolve to discover what the next version of the Winnipeg Blue Bombers looks like.

While that all sounds great in grand themes, what does it mean in real terms?

With Darvin Adams, Andrew Harris and Kenny Lawler gone, the ball will have to find new targets — or perhaps an increasing number of targets for already familiar faces.

Nic Demski should be primed to have a career year as will Brady Oliveira, Drew Wolitarsky and perhaps even Johnny Augustine.

In Bailey, the Bombers have an up-and-coming playmaker that showed he deserved more work in 2021 but was constantly playing second fiddle to Lawler. Now moved to the boundary wide receiver position, Bailey should get many more looks and as a result, chances to prove he can be as — or more — productive than his predecessors.

Jalen Saunders‘ signing was a surprise to many. A short stint spent back south of the border following a standout 2018 Ticats season, Saunders was signed by Ottawa but never played due to injuries sustained in a serious car crash. Now lining up potentially as a boundary slotback next to Bailey or field slotback next to Demski and Wolitarsky, Saunders will be given every chance to prove he can once again be one of the CFL’s more versatile deep ball threats.

Greg Ellingson arrives in Winnipeg after somehow maintaining a level of production uncommon to his Edmonton teammates. With time spent alongside QB Zach Collaros way back in their Hamilton days, the potential for Ellingson to be as or more productive than Kenny Lawler was in the same role last season is very real, at a much more reasonable price tag. 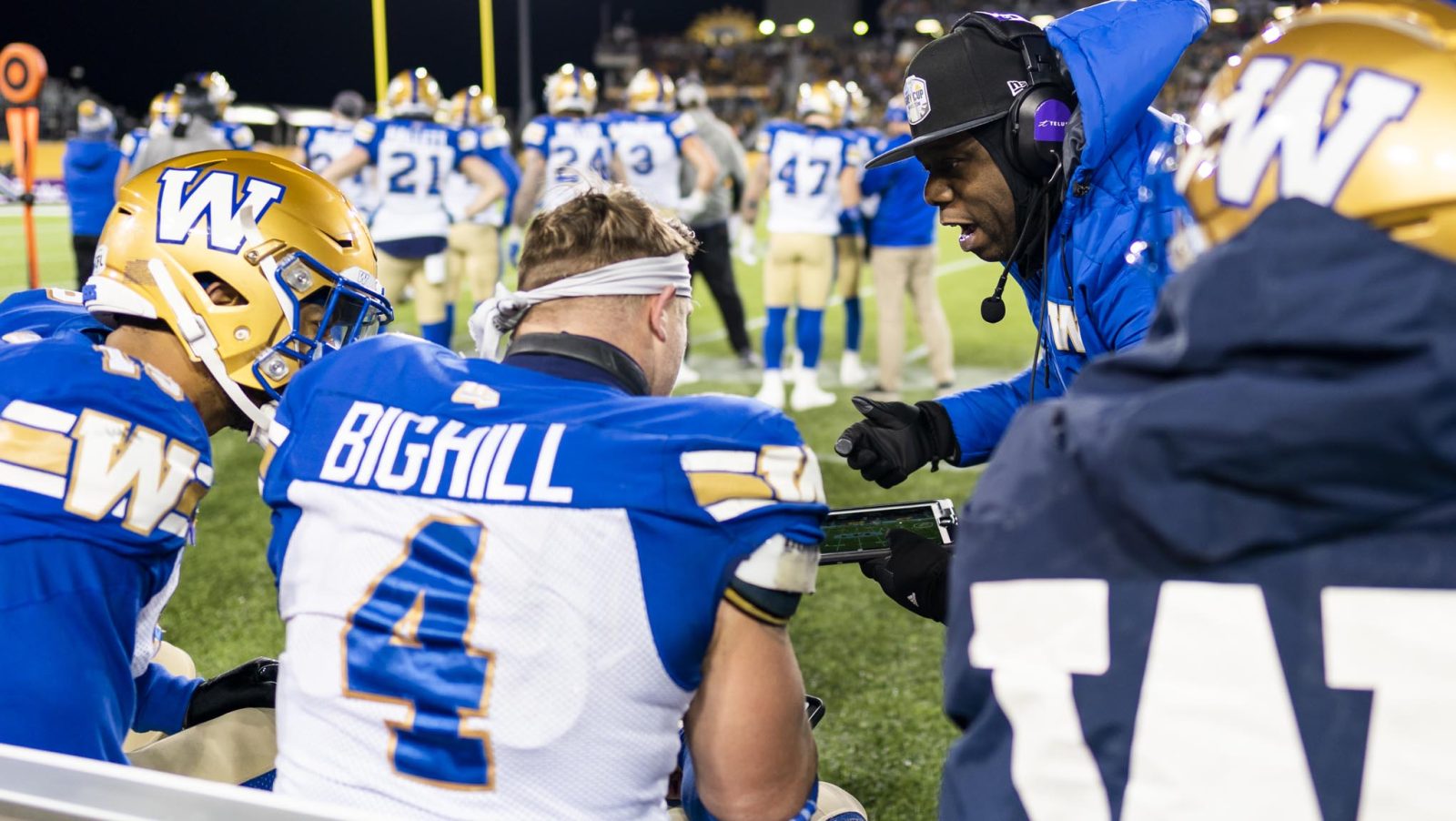 The Bombers will still have veteran linebacker Adam Bighill to count on as an anchor for one of the most ferocious defences in the league (Thomas Skrlj/CFL.ca)

On defence, changes are minimal with a core of Jackson Jeffcoat, Willie Jefferson, Adam Bighill and more back. The boundary defensive backfield will evolve, Tyrell Ford could get the rare chance to play corner as a Canadian but the real obstacle here is other CFL teams using years of film on this group to better understand how to attack.

With more ways that don’t work than those that do on film, Winnipeg is in control of its defensive future, but injuries and unforeseen challenges will undoubtedly arise when least expected.

Embracing change isn’t an option for the 2022 Bombers, it’s a necessity. If coaches and players are ready for the challenge and don’t just try to re-create previous success, the Blue and Gold are more than talented enough to once again stand atop the CFL’s largest podium come November. It’s a journey that will be equal parts mental, physical and emotional if they are to achieve it.