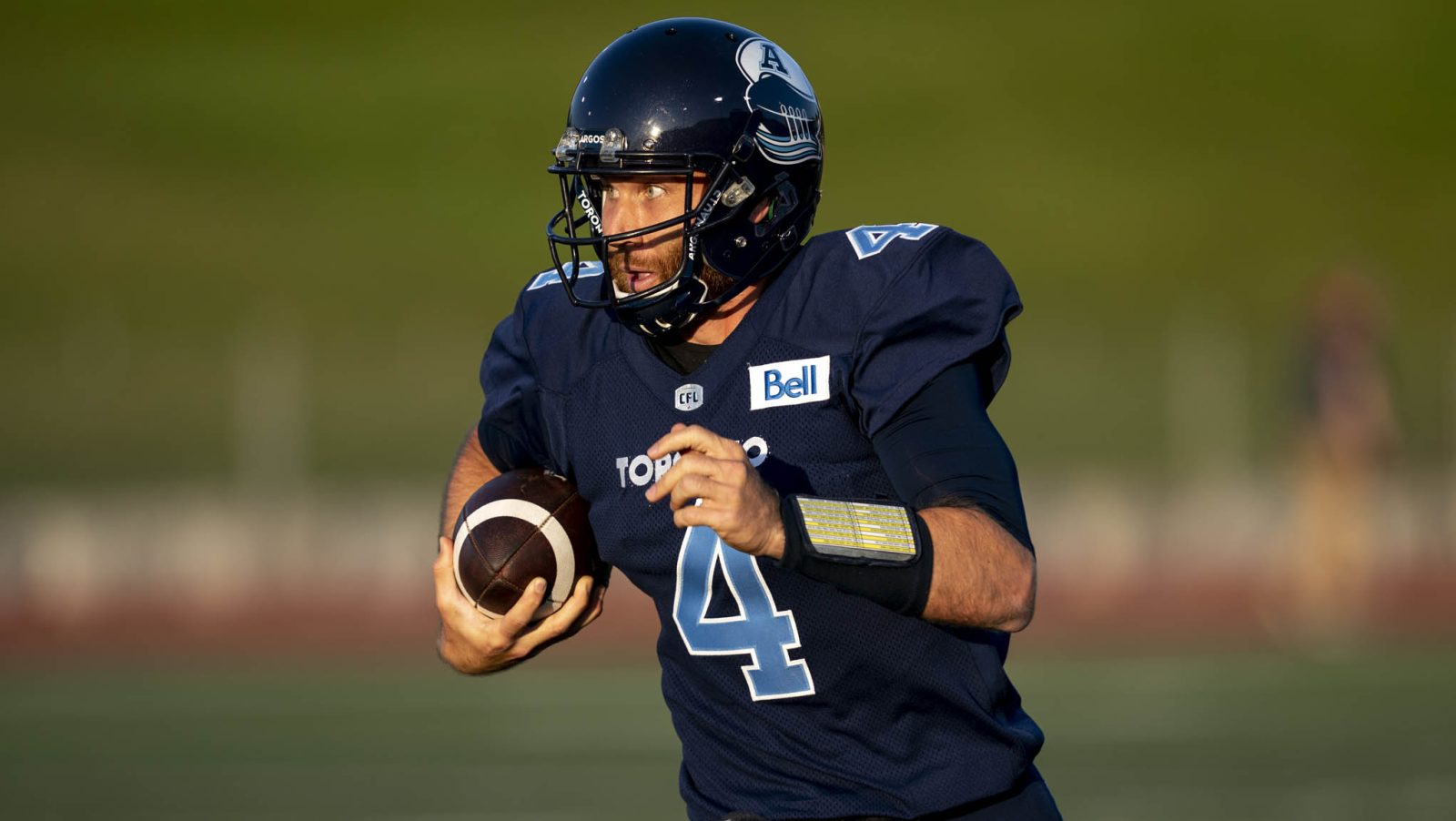 TORONTO — It was cruelly fitting in a way that McLeod Bethel-Thompson had to wait an extra week.

Bethel-Thompson has carved out a 12-year pro career that’s taken him all over North America on a journey that’s been laced with a full rainbow’s worth of uniforms and all of the highs and lows that come with that. The Argos’ training camp this year was the first as a pro that he’s gone through as his team’s clear cut No. 1 quarterback. At the conclusion of that, ready to dive into this season, hoping to lead his team to a Grey Cup, the Argos had a Week 1 bye.

What’s one more week when you’ve waited 12 years for something?

“We were kind of jealous. We wanted to get out there,” Bethel-Thompson said on Sunday, as he could officially shift into regular-season mode, with the Montreal Alouettes coming to BMO Field on Thursday.

“We were also thankful for the rest at the same time.”

At 33, finally at the top of the QB pecking order on his team, he admitted that this camp has been different for him. You could see it in snippets that came out of camp through the Argos’ social networks, that he was putting his stamp on the team, the way a good quarterback does.

With the Argos hosting the Alouettes this week, Bethel-Thompson seemed like the perfect person to talk about the challenges that come with playing the highest-profile position in the game. Our conversation has been edited and condensed.

Chris O’Leary: What was camp like for you this year? This is the first time you’d gone into a camp with it as your team.

McLeod Bethel-Thompson: It was definitely different. This is the first time that’s been “my team” and coming back off of last year we have some…bad feelings in our stomach from the way that ended. We won a lot of games last year but we didn’t play really good football. We didn’t do it consistently last year. We’re ready to be a lot better team and not chase results like we did last year and be really process-oriented. I’m excited for this year. We don’t know what the adversity is going to be but I think this team is ready to face it when it comes.

CO: I think every quarterback has their own thing they’re dealing with this year. Vernon Adams Jr.‘s storyline is different from yours and Cody Fajardo‘s is different than yours, on and on. That quarterback spot is so magnified and high-pressure. Do you ever get used to it?

Ricky (Ray) was so good at watching him operate, he was such a Zen…he didn’t talk, he was so insular, he was so quiet and calm and he did that to protect himself from that pressure. Not that he was ever going to be replaced or anything like that but just the general pressures of having that performance, the team riding on your back. He did it in such a quiet and meditative way and other guys do it in different ways. Everyone finds their groove and finds the way to do it authentically themselves. 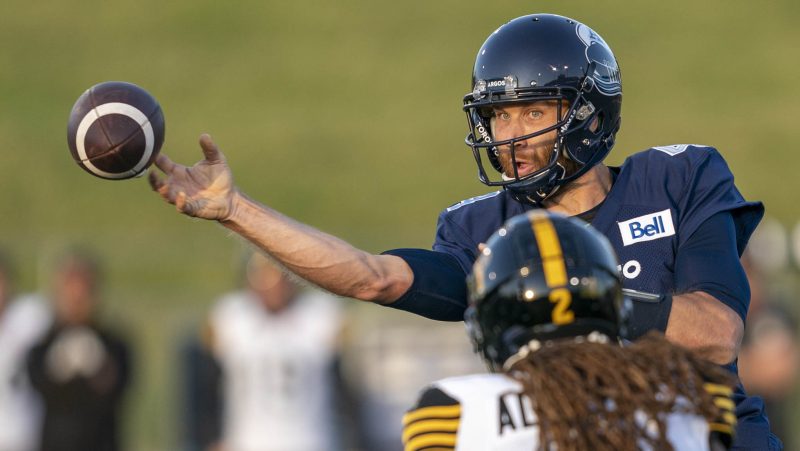 Bethel-Thompson wants to take the Argos past the Eastern Final this year, after missing out on a trip to the Grey Cup in 2021 (Kevin Sousa/CFL.ca)

CO: I read a story on Bianca Andreescu and how she needed to take a break from tennis to be sure that she loved it. She alluded to tying her results to her self-worth and trying to get control of that. In your path to this point you had your share of rejection and doubt. Can you relate to that?

MBT: I remember when I was leaving the NFL, that was my dream. I felt like since we were 14-years old even younger than that sometimes, we don’t say we play football. We say we are football players.

So if you get cut, or you’re told you failed, you know…you don’t fail, you become a failure. That’s definitely internalizing and that’s your identity and it’s all-consuming. I think there are healthier ways to do it.

I think as we’re professionalizing kids at a younger and younger age — there are so many kids at parks in California, there’s a private coach on every street corner. They put so much intention on you’ve got to be a professional, you’ve got to do this because the pros are doing it. They’re 11-year-old kids, they don’t need to be like the pros. They need to be 11-year-old kids.

There’s a great book, Range, that talks about that, comparing Tiger Woods and Roger Federer. Tiger Woods, who had that (intense coaching from a young age) and you can see his kind of explosion and internally, he took those demons into a very negative place. Whereas Roger Federer was allowed to be a kid, he played multiple sports, he had that range, he had that experience. He’s been able to live what seems like a pretty well-rounded life. That kind of dogmatic intensity can create some pretty ugly demons inside of yourself.

CO: Have you dealt with that, tying results to your self-worth?

MBT: For my journey, I had to love myself outside of the game and it took a long time. That took a partner who loved me and a family who loved me, and for me to recognize it as something that I’m not my performance on the field. That doesn’t determine who I am.

It took me dying on the field and and it’s happened multiple times in the CFL where I literally imploded myself and thrown multiple interceptions and just completely collapsed on myself, not having anything to do with the defence or anything that anyone did but me, exploding myself and dying on the football field and coming out the other side of that.

Who am I if this game were to be taken away from me? Who am I beyond that? What values do I want to represent? I think I did it the wrong way. I hope that for any kids coming up, they can do it in a little healthier way and separate themselves, maybe have their football self be an avatar. And that person, name them something. I’m Johnny. Johnny can go fail and Johnny can mess up and then he can fall apart and then I can be my own self off the field. I think that could be a healthier process to go through. But I don’t know, I’m not a sports psychologist.