The Long Road: McCallum’s 24-year path to the Hall 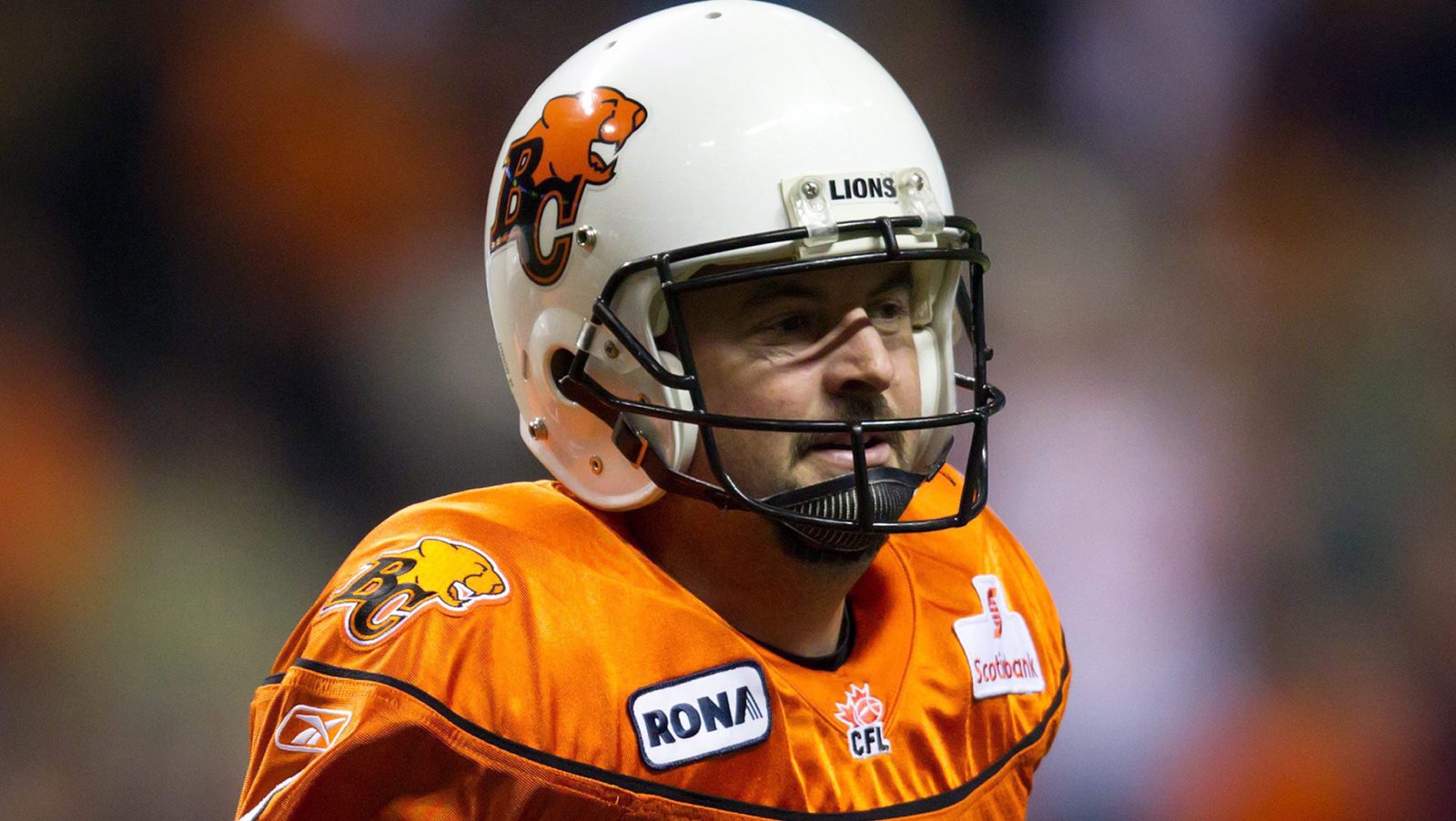 The Long Road: McCallum’s 24-year path to the Hall

As a young player in his first season with the Saskatchewan Roughriders one of the first things Paul McCallum did each morning was check the weather conditions, especially how strong the wind was blowing.

“I think things changed a little bit for me when I realized to stop doing that because it doesn’t matter,” McCallum said. “It’s going to be windy.

“It had a huge impact on my career. The things that I went through in Saskatchewan, good and bad, dealing with the elements, it makes you mentally a lot tougher.”

McCallum, one of the CFL’s best placekickers who played in 340 games over 24 seasons with the Riders, Ottawa Rough Riders and BC Lions, will be inducted into the Canadian Football Hall of Fame as part of the class of 2022. 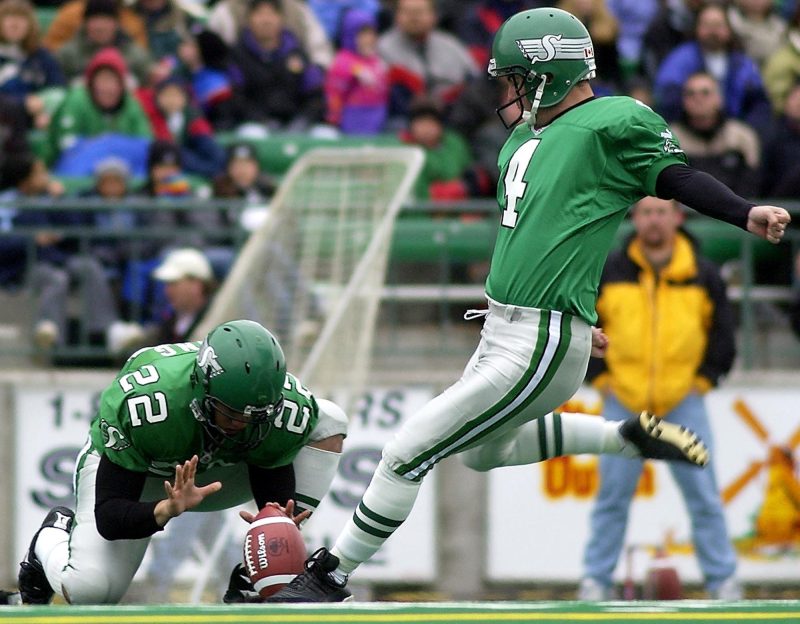 Paul McCallum in 2002 with the Saskatchewan Roughriders (The Canadian Press).

The 52-year-old, who played his junior football with the Surrey Rams of the BC Junior Football League, said being named to the Hall of Fame “means a whole heck of a lot.”

“I’ve never really been one for personal rewards,” said McCallum. “I’ve always done things hoping it would be beneficial for the team. Looking at the people who are in the Hall of Fame, it’s quite an honour to be considered at the same level of these other players.

“That being said, there’s still a lot of good players that aren’t in it, so it makes it that much more special.”

The telephone call informing McCallum of his induction came on what would have been his mother’s birthday.

“My mom was a huge supporter,” he said. “I’m just sad she’s not here to experience it and share it with me.”

The Vancouver native was a talented youth soccer player who played at the Canada Summer Games and national tournaments. At 19 he travelled to Scotland to play professionally in the Scottish Third Division. After returning to BC, he joined the Rams and spent time practicing with the Lions as a junior player.

“It was quite a journey,” said McCallum. “There was a lot of sacrifices when I was young to do what I had to do. It was a long time ago but it seems like yesterday.”

Originally signed as a free agent by the Hamilton Tiger-Cats, McCallum spilt the 1993 season with BC and Ottawa. He spent 12 seasons with Saskatchewan but most of his career highlights came in 11 years with the Lions.

In 2016 McCallum signed a one-day contract with BC to officially retire as a Lion.

McCallum still holds the CFL record for the longest field goal, a 62-yard kick made on October 27, 2001, in Regina against Edmonton.

He was the CFL’s Most Outstanding Special Teams Player in 2011 and a CFL All-Star in 2010 and 2011. During the 2011 season, when the Lions overcame a 0-5 start, McCallum set a then CFL record by kicking 30 consecutive field goals. 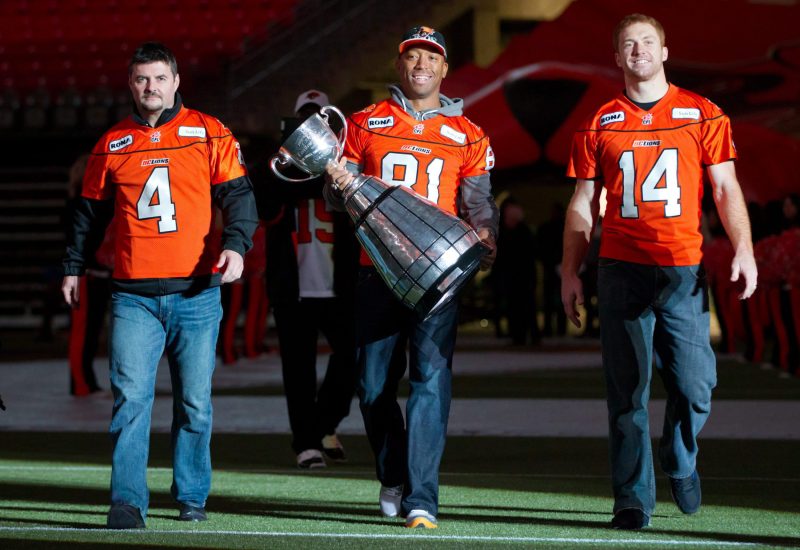 He credits Lui Passaglia, a CFL Hall of Famer and former BC Lion, who holds the all-time record for games played (408) and points scored (3,991), as being a mentor.

McCallum remembers being a rookie at a Lions training camp and going out for an evening with Passaglia.

“The next morning, I would come dragging my butt,” he said. “ Lui would have run four laps before I even got to the field.

“He made a point of telling me, know your priority. If you want to go and have some fun, just remember in the morning to get to your job, you’ve got people that are relying on you. It taught me to be very unselfish.”

In a career of many high points, one of the lowest came in the 2004 West Final. Playing for Saskatchewan, McCallum missed a 18-year field goal in overtime which allowed BC to advance to the Grey Cup.

McCallum received death threats from disgruntled Rider fans and his home was vandalized. It was a life-changing experience. “That had a huge impact on my life,” he said. “It trigged something in me.”

McCallum responded by making 45 of 46 field goals in playoffs and Grey Cup games for the rest of his career. His lone miss resulted in a 57-yard single in the 2011 Grey Cup.

While some placekickers are regimented about where they walk onto the field to make a kick or what they eat the day of a game, McCallum shunned any superstitions.

“I never ever want to have that because, if I have a routine and something happens that breaks that routine, I’m worried more about having a ritual broken than actually going out and doing my job,” he said.

“I just never wanted to have an excuse in my head that there was something that didn’t go right prior to actually playing.”
McCallum credits two factors for being able to play as many years as he did.

The first is flexibility. In 2006 he started practicing yoga.

“I thought it would be more of a relaxing thing,” he said. “I had no idea on the strength you have to have to do it.”

Being a competitive person also drove him to succeed.

“Just to win, to always get better,” he said. “It doesn’t matter what I do, I want to get good at it. I think it’s just in my nature.”