Weekly Predictor: Siding with the Alouettes 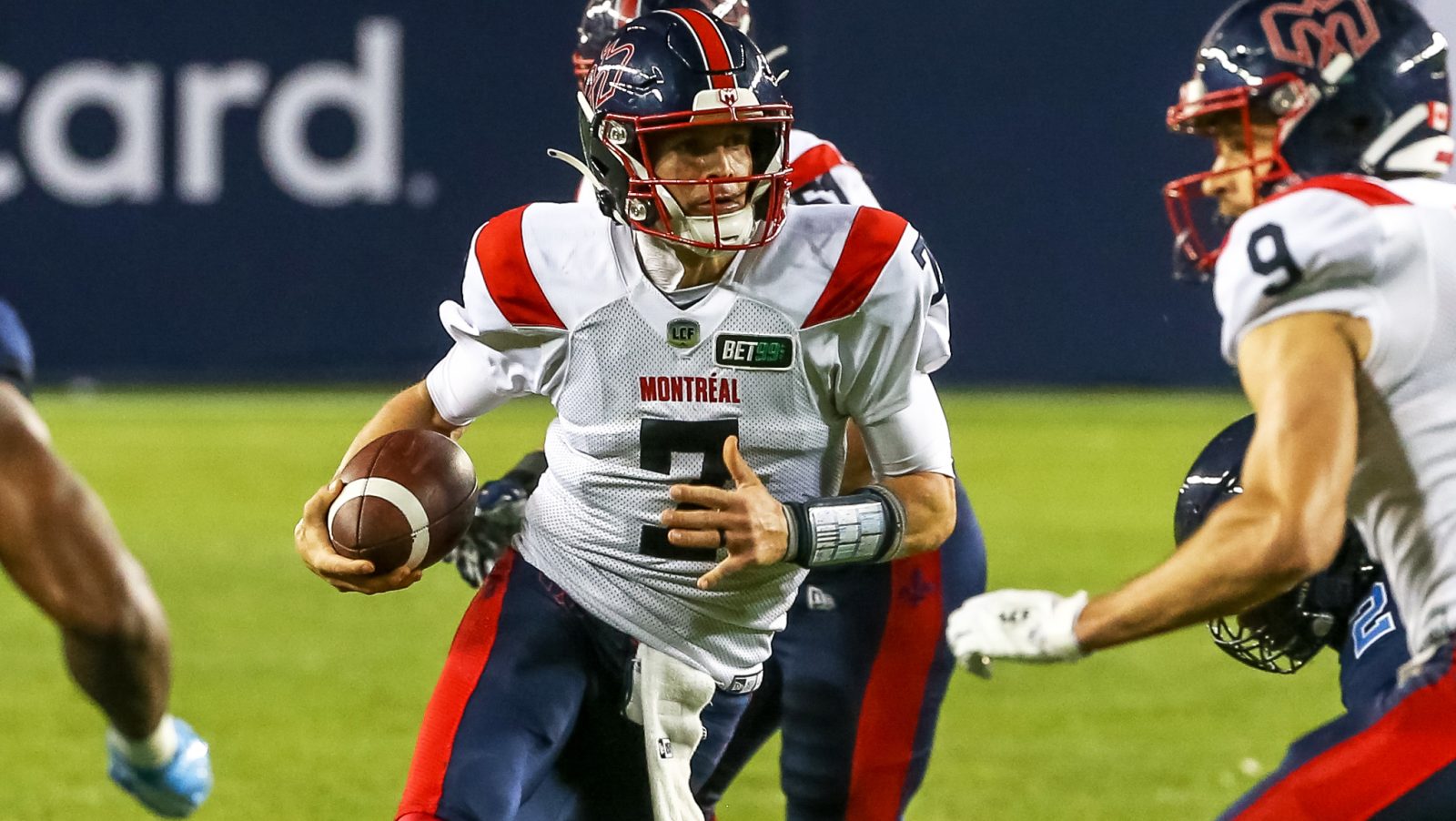 Weekly Predictor: Siding with the Alouettes

I’m expecting to find out a lot from Week 3 in the CFL.

There are so many questions from so many teams that are both 2-0 and 0-2. Calgary, Saskatchewan and Winnipeg are all 2-0 and because many predicted they’d top the West Division, you feel comfortable that they are good.

Calgary has needed two dramatic comebacks to win. Saskatchewan’s offence waits until the fourth quarter to turn up the heat and Winnipeg has won back-to-back close games against a team that was at the bottom of the league last season.

The 0-2 teams playing this week are the Montreal Alouettes, who should have won both their games. And the 0-2 Tiger-Cats, who don’t want to look at their fourth quarter scoring differential but their first three quarters of both games were fantastic defensive efforts.

For my picks, I’m playing a lot of hunches this week and that – to be honest – rarely goes well. 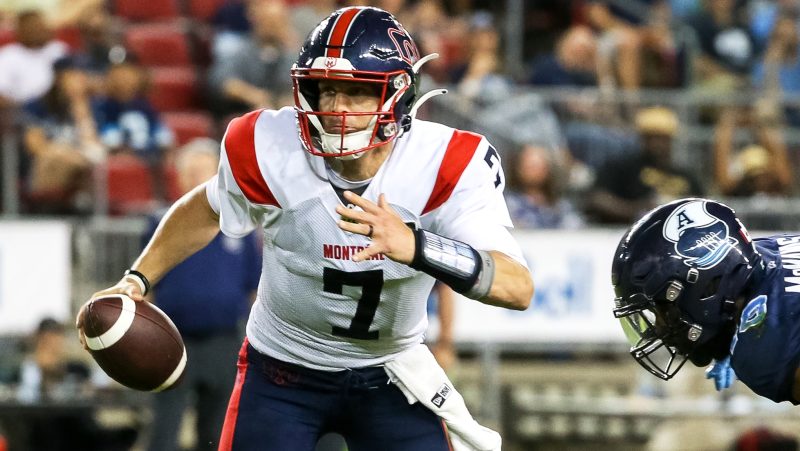 Trevor Harris takes the reigns this week as Vernon Adams Jr. is out vs. the Riders with an illness (Chris Tanouye/CFL.ca)

The Saskatchewan Roughriders defence has been unbelievable to start the season. 13 sacks in their first two games is extremely intimidating for the Montreal Alouettes to game plan. The Riders keep their defensive linemen fresh with a rotation that involves future Hall of Famer Charleston Hughes playing less than 50% of the snaps. You know you’ve got depth when…

Now, the Alouettes get the Riders at the right time with Saskatchewan on a short week; getting one full practice in and travel from Edmonton to Regina to Montreal in the span of about 100 hours.

They also get the Riders with a banged up Duke Williams (questionable) and now a team captain in centre Dan Clark out with a broken leg. Again, the Riders have one practice to get the newly restructured offensive line up to speed.

The Alouettes find themselves in a bit of quarterback conundrum between Trevor Harris and Vernon Adams Jr. to begin the season and they’ll be without top running back William Stanback.

Montreal could very well be 2-0 and get to play with the energy of a home crowd behind them for the first time this season. The Riders are the better team and I’ll likely be picking them next week, but this will be a difficult game for some banged up players and a lot travel. 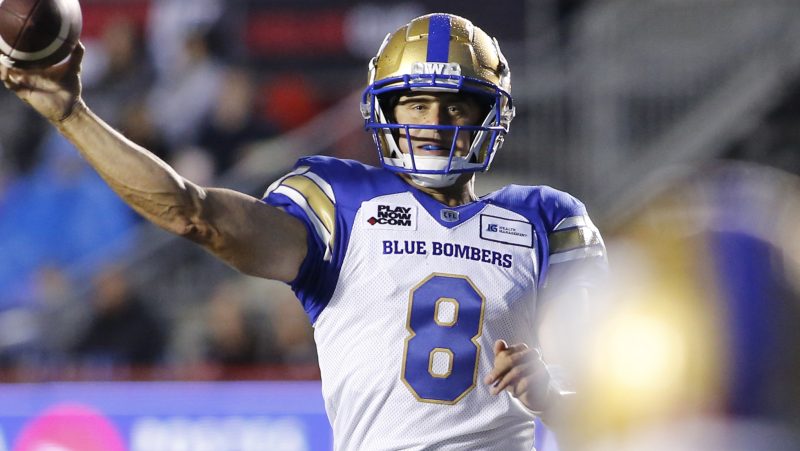 Zach Collaros and co. will look to go 3-0 this week against the Hamilton Tiger-Cats (Patrick Doyle/CFL.ca)

This is a Grey Cup rematch as Dane Evans and the Tiger-Cats square off against their nemesis, Winnipeg Blue Bombers. The bad news is that the Tiger-Cats have a damaged Evans, who hurt his knee late in the game against Calgary but toughed it out to finish.

The Tiger-Cats offence did start to piece things together after a woeful debut against Saskatchewan in Week 1. Papi White looks like a playmaker who could become a bigger piece in the game planning. The Tiger-Cats defence is still a strong group, although they’ve worn down late in games to start the season.

I believe Winnipeg hasn’t found their groove yet on offence, while their defence will continue to keep them in games until they can find a big play or big drive to do what’s necessary to win some football games. 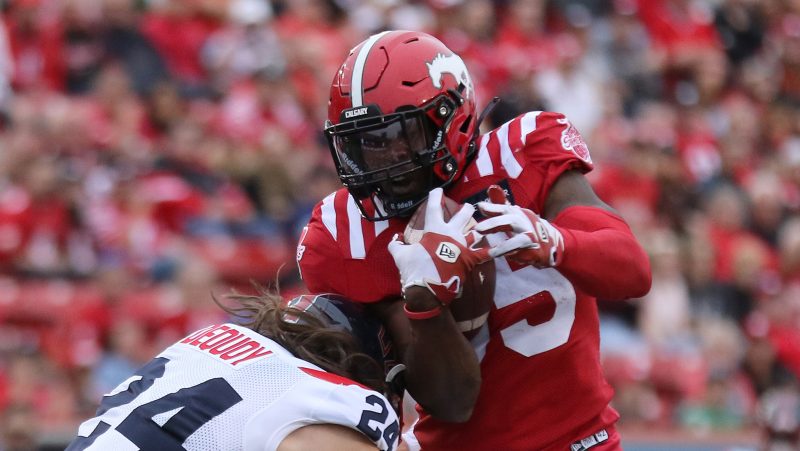 I’m sorry to the Edmonton Elks but they’re going to have to show they can stop the run before I’d have faith picking them to win a game.

Both the Lions and Riders had huge success running the ball and now the Elks have to face a team that stays committed to the run maybe more than more teams (not named the Bombers).

While losing Ka’Deem Carey definitely won’t help the Stampeders, Calgary will always have the next man up ready to go. Oh, and Bo Levi Mitchell looked charged up and knows Jake Maier is waiting in the wings so don’t expect another slow start from Mitchell in Week 3.

Elks quarterback Nick Arbuckle would love to beat his old team and he did show improvement last week, but the Elks still have a way to go yet before Chris Jones figures out which 45 guys are the best 45 to have on the field each week. 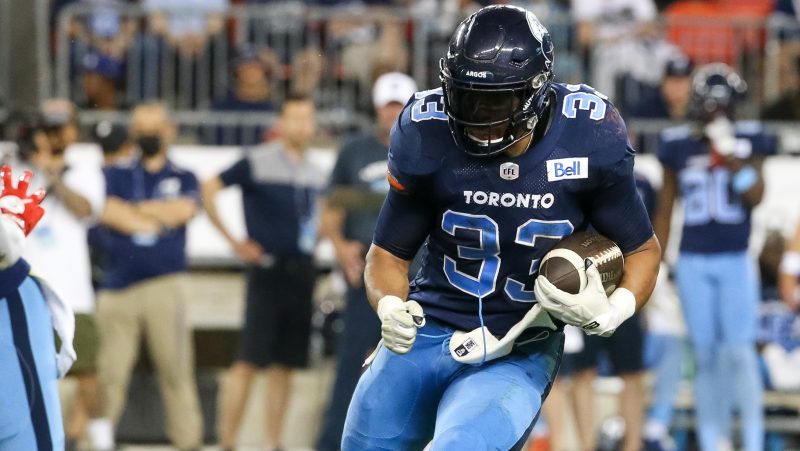 Andrew Harris had 110 all-purpose yards in Week 1 against the Montreal Alouettes in his Argos debut (Chris Tanouye/CFL.ca)

This game is a brain teaser as the Toronto Argonauts should have lost last week, while the BC Lions have to roll in after a bye week and try not to feel too confident after that 59-15 win over Edmonton in the home opener.

Hopefully BC Place has a similar buzz to game two as there was for game one of the season in Vancouver, but what will keep the fans coming back is a great product on the field.

The Lions do have that with Bryan Burnham, Lucky Whitehead and James Butler on offence but in comes the Double Blue after an intriguing win over Montreal.

The Argonauts defence will be in tough but we know they’ll put up a tougher challenge than Edmonton did. And that’s why I’m siding with the Argonauts. The Argos have already had one test that they passed while BC, I believe, will be shocked by the difference Toronto will come out with Andrew Harris pounding the ball compared to that of the Elks.