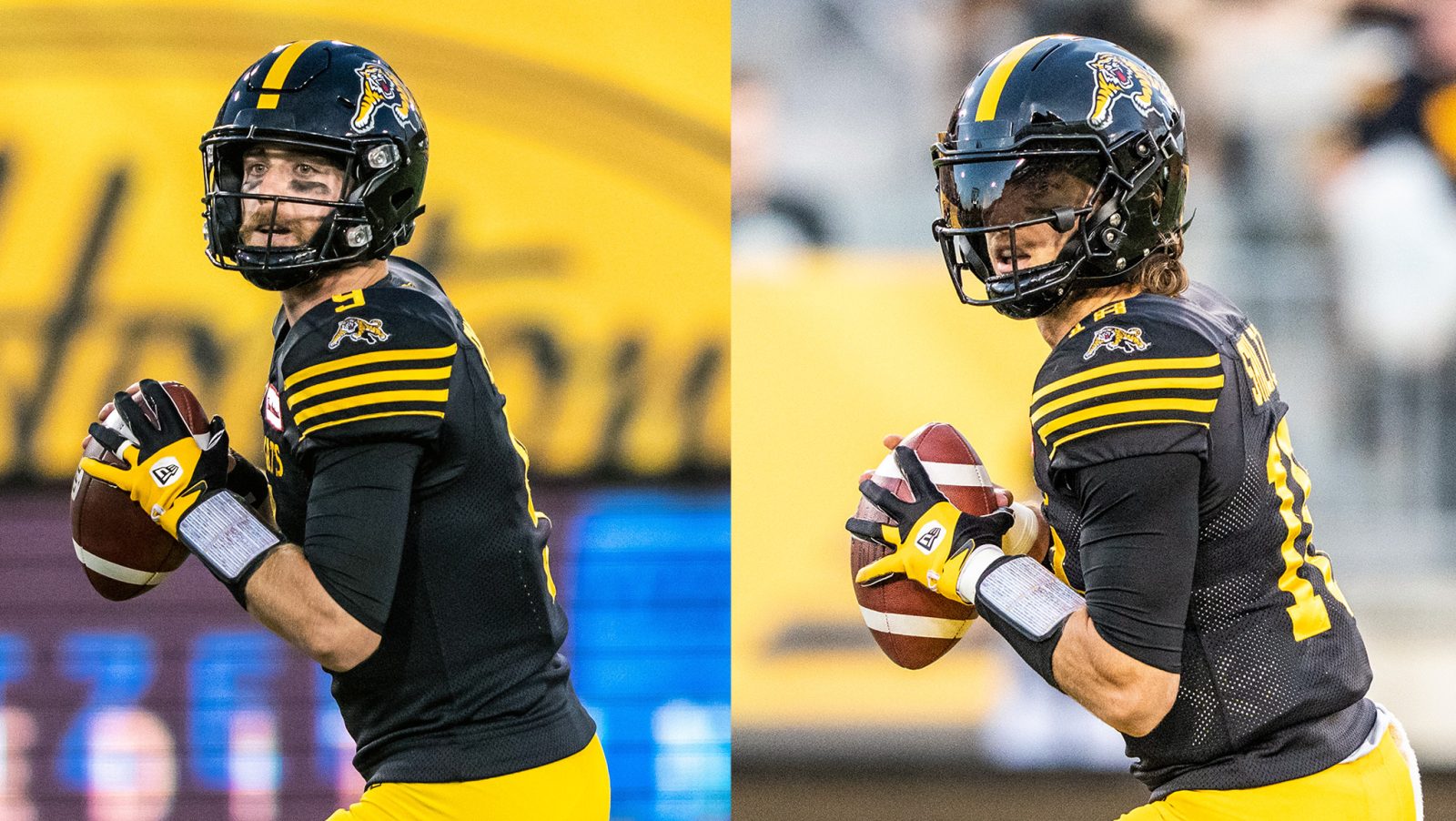 TORONTO — You may notice something different in this week’s QB Index. For the first time this year, we have two quarterbacks from the same team in the rankings, with Dane Evans and Matthew Shiltz making their way into the pivot-al (sorry, bad pun) conversation.

It’s not the first time this year that teams have gone to two quarterbacks in a game, but this was the first game we’ve seen this year where a team has given a backup enough reps to substantially impact a game when the starter is still available.

Going into last week’s game against Montreal, Hamilton was sitting at 1-5 and in dire need of a win against a divisional rival. As we’ve discussed at length here in recent weeks, Evans has a lot of positives to go with the struggles he’s had this season. He’s third in passing yards (1,926) and tied for third in touchdowns with Cody Fajardo, with both sitting at nine this year. He also leads the league in interceptions (nine) and his efficiency rating is the lowest in the league amongst starters.

That could be what led to Shiltz seeing his workload increase.

The 29-year-old made 7-10 passes against his former team last week for 44 yards and rushed four times for 42 yards.

“It’s huge,” Shiltz told The Hamilton Spectator after downing the Als. “Definitely something we should get momentum from. We always say it’s four points: two we got and the two they didn’t.”

For a two-QB system to work, you need complete buy-in from both quarterbacks, your starter in particular. Evans had spent essentially the entirety of his CFL career splitting QB duties with Jeremiah Masoli before the team inked Evans to an extension after the 2021 season, which paved the way for Masoli to sign with the Ottawa REDBLACKS. After an off-season of hearing (mostly from media and fans) that he was finally the clear-cut No. 1 guy, some shared responsibilities can pose a challenge.

With Evans, that doesn’t seem to be the case.

“Matt is a fantastic quarterback and this is the ultimate team game,” Evans told the Spectator after the win last week.

“So if there’s a way to get him on the field, like having two quarterbacks as we’ve been doing the past couple of weeks, or letting him go on himself, and helps us win, it’s great. I’ll sit there and signal things in for him.”

Evans was seen fist bumping Steinauer after he went to the sidelines to let Shiltz get into the game; it’s a small thing but a positive gesture for everyone else on the sideline to show that their star player is on board with the coach’s decisions.

“We knew that Matt was going to play some,” Ticats’ head coach and president of football operations Olrondo Steinauer told reporters after the game.

“That was a plan going in. Where we sprinkle it in is always ongoing. Sometimes things keep rolling, sometimes it’s the plays we want to run in that area of the field. We knew (Shiltz would play) but it wasn’t cookie cutter scripted.”

When Steinauer met with the media on Tuesday, he said that as a coach, he and offensive coordinator Tommy Condell believe in being multiple in all three facets of the game. It’s still Evans’ show, ultimately, but the Ticats clearly like being able to throw QBs with different abilities at their opponents.

“Matt’s got some unique talents and special things that he brings to the table,” Steinauer said. “So we’ll look to utilize those the best we can. Some weeks you’ll see it, some weeks you may not.”

If the Evans-Shiltz tandem helps the Ticats climb up the East Division standings, this two-headed monster is something we could see through the rest of the 2022 season.