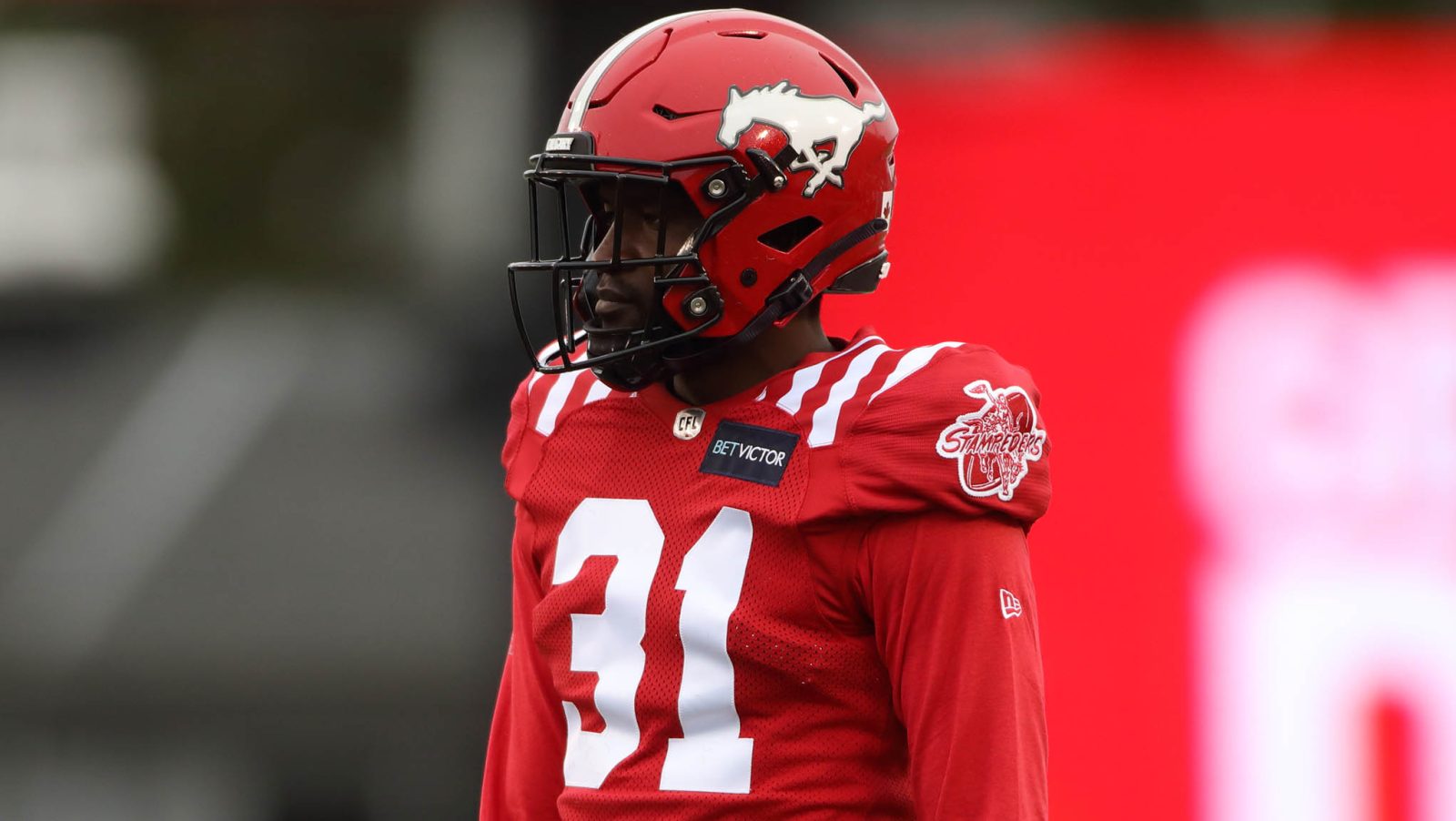 UPDATE; On his weekly show on @770CHQR coach Dave Dickenson announces DB Tre Roberson has undergone surgery and will miss the balance of the season.

Roberson, 29, left the Stamps’ Week 8 loss to the Winnipeg Blue Bombers with a knee injury and was placed on the team’s six-game injured list the following week.

He had 17 tackles and an interception through five games this season. Roberson was a West Division and CFL All-Star in 2019, when he was second in the league with seven interceptions and had a pair of touchdowns (one interception return and one fumble recovery). That strong season led to an NFL opportunity with the Chicago Bears in 2020 and 2021. He re-joined the Stampeders on Oct. 19, 2021, playing three games and starting in all three at cornerback. He had nine tackles and a forced fumble last season.

Dionte Ruffin started in Roberson’s place last week for the Stampeders’ 17-3 win over the Ottawa REDBLACKS. Ruffin had seven tackles and an interception.

The Stamps will host the BC Lions on Saturday.