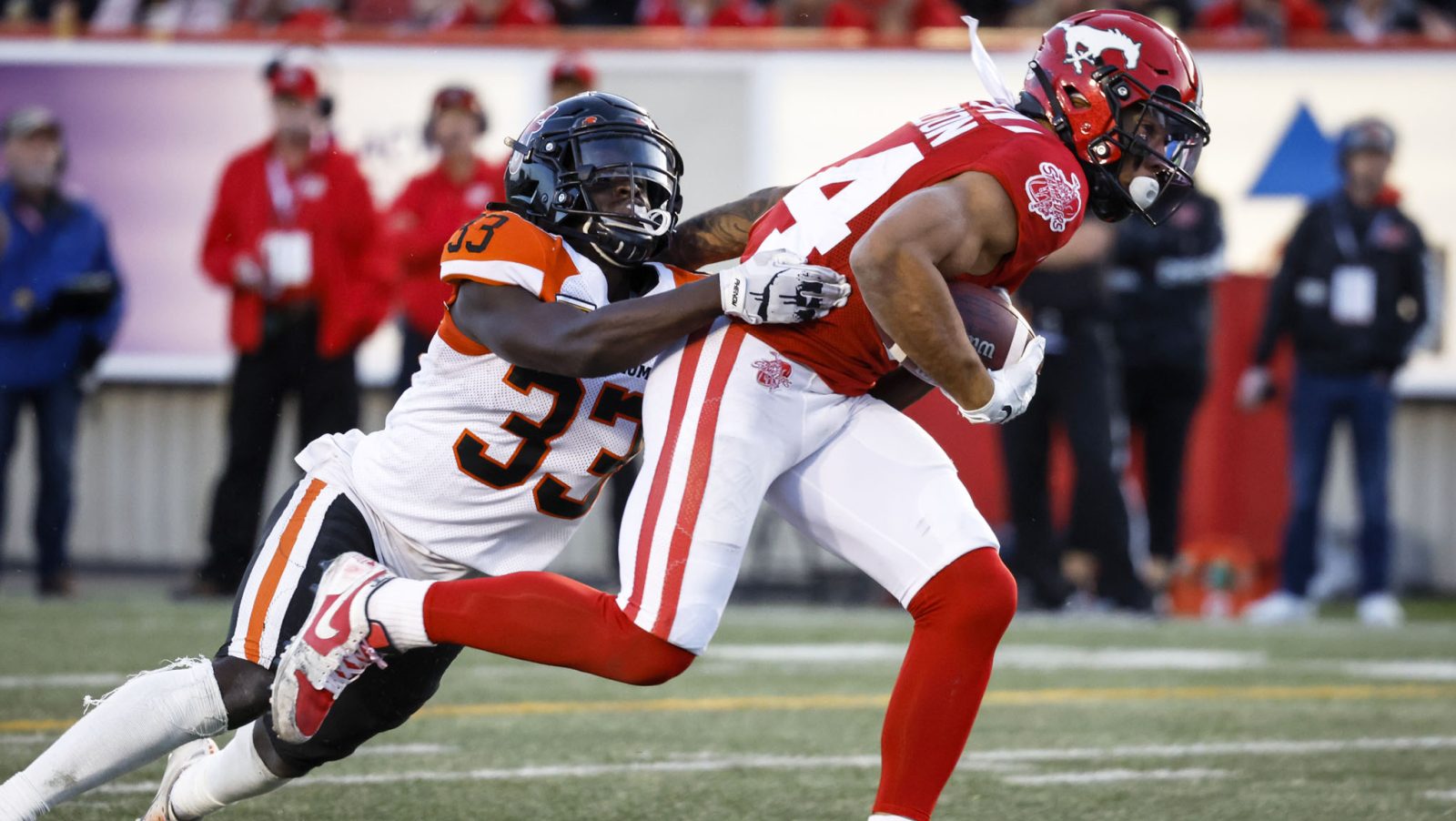 Twice this season the BC Lions have gone into McMahon Stadium in Calgary and left victorious, albeit under very different circumstances.

The first matchup was all about the clash of the student and the teacher as Bo Levi Mitchell did his best to hold off Nathan Rourke’s late game surge of brilliance to no avail. The most recent battle between these two West Division foes came last Saturday as now Calgary starter Jake Maier formed his own late game surge to equalize the now Vernon Adams Jr. led Lions before a failed Stampeders two-point conversion attempt would ultimately seal their fate.

In each game, the Lions’ defence and special teams played a key role. Naturally when a Canadian quarterback consistently puts up the numbers Rourke did when healthy, that’s going to rightfully get all the headlines but the TEAM built around Rourke is now attempting to show its worth in his absence.

With a third and final regular season head-to-head coming this Saturday at BC Place in Vancouver, the Lions are once again tasked with finding a new way to win against an extremely talented Calgary roster in what would solidify the unlikely BC sweep of a Calgary team whose only other losses this season have come at the hands of the CFL standings leaders from Winnipeg.

This game is about much more than just a regular season sweep, though. It also plays a major role in deciding West Division playoff seeding as BC attempts to prevent its assumed fall from grace after Rourke’s injury was confirmed and Calgary aims to earn a home playoff date in the Western Semi-Final.

The quarterback matchup is relatively fresh, but from studying both Maier and Adams over the last two years, it’s easy to see the contrast in styles. Maier is as steady and calm a passer as there is in the CFL right now. He still puts the ball in tight windows and challenges defences vertically when needed, but for the most part his game is built on getting to the right player at the right time through a systematic approach at the line.

Meanwhile Adams’ game has been built on deep ball prowess, chemistry with Montreal’s Geno Lewis and feeding off a dominant ground game. All of that is in flux now without Khari Jones, who Adams clearly had a kindred connection with in Montreal. VA looks very much like a quarterback learning how to work inside a new framework right now.

A couple small misses in Calgary last week were the obvious result of body language miscommunication and lack of reps with receivers Bryan Burnham, Lucky Whitehead and Dominique Rhymes. As VA settles in I expect his growth to show, but from a year he expected to push Montreal to an East playoff home game to playing the role of BC Lions’ saviour has to be quite a shock to the system. He’ll justifiably need some time to recover from that shock before really looking like himself. 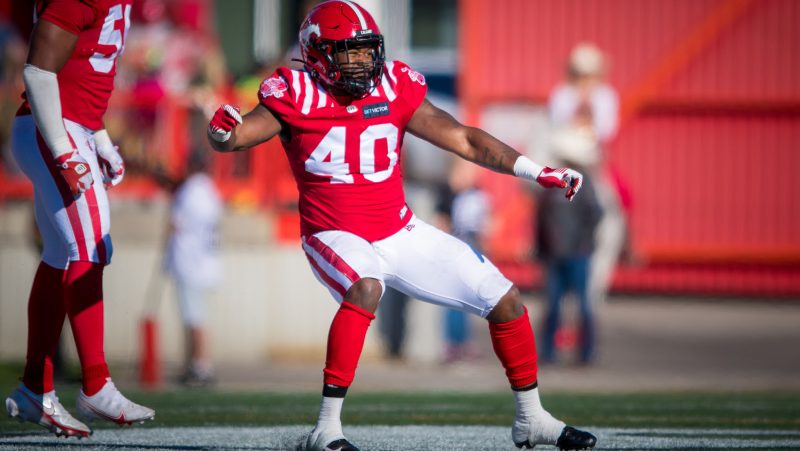 A sack master and as someone exceptionally skilled at forcing fumbles, Shawn Lemon will key in on Vernon Adams Jr. this week at BC Place (Stampeders.com)

Calgary’s defence won’t make it easy. Their first-down pressure/second-down patience mentality challenges the best passers in the game and even with Cameron Judge out of the lineup this week, you know the likes of Mike Rose, Shawn Lemon, Jameer Thurman and company will make it tough to operate up front.

Meanwhile, BC’s defence continues to quietly chug along under the radar despite holding CFL offences to a league-low 20.2 points per game and allowing a minuscule 304.1 yards of net offence per game. That’s 32 yards better than second place Winnipeg.

The one major difference in this game for a QB finding his way like Adams is turnovers. Calgary is plus-17 in turnover ratio, a number that will only continue to rise as Maier takes care of the football on offence. Calgary has a CFL-best 134 points off turnovers.

For the Lions to complete the sweep, hold strong to their West playoff seeding and build momentum down the stretch they will have to maintain possession of the football, prevent Calgary from getting short fields and begin to tap into the downfield passing game that was setting the CFL on fire before Rourke’s injury.

It’s a delicate balancing act and it’s a lot to ask for the third time this season, but it’s the perfect way to simulate playoff pressure as these two teams seem destined to meet a fourth time in a winner-takes-all scenario.