‘Go get what I want’: Elks’ Torraville reflects on groundbreaking year 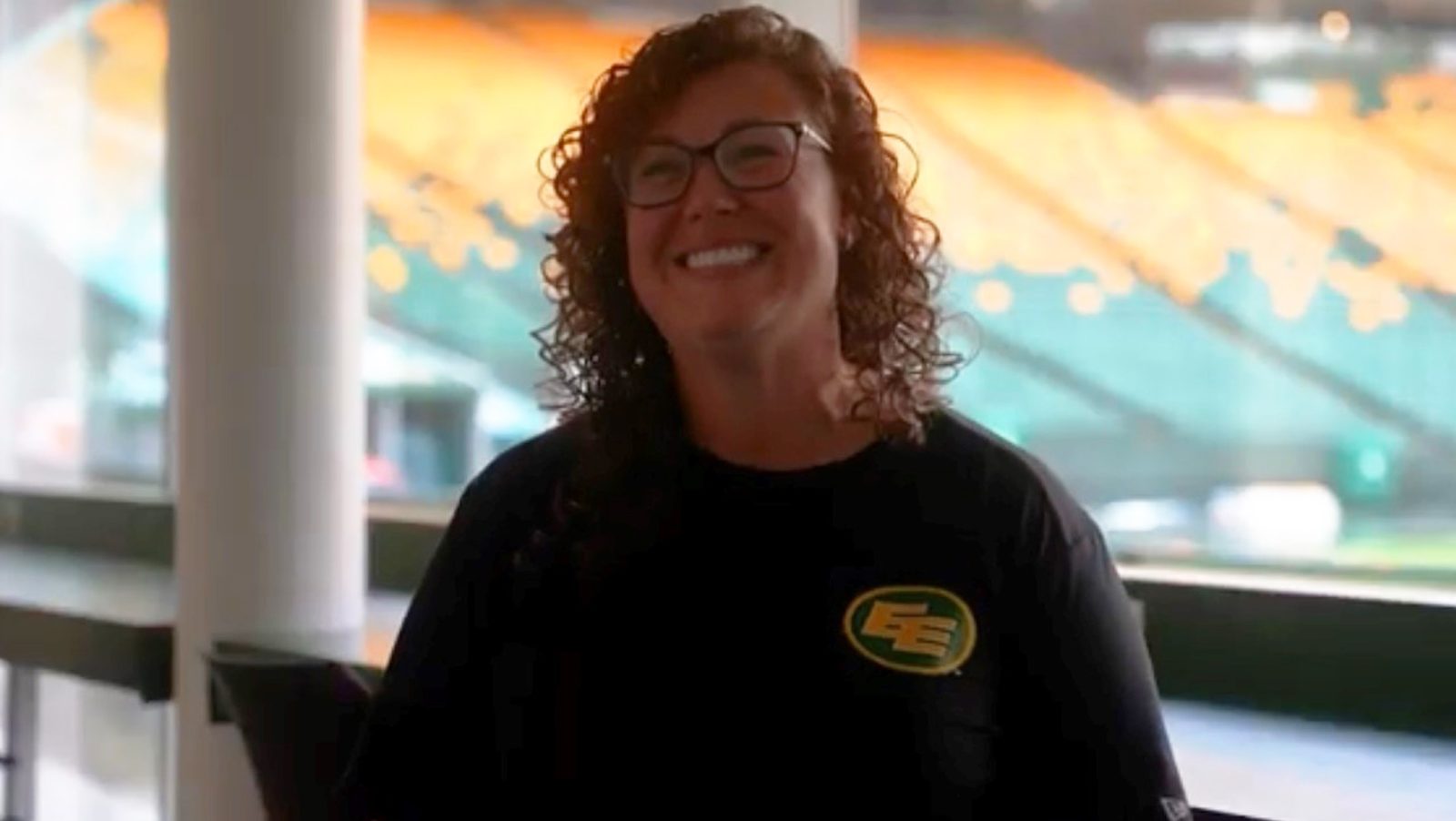 ‘Go get what I want’: Elks’ Torraville reflects on groundbreaking year

In the final days of her month-long internship with the Edmonton Elks, Elisha Torraville was running through the same conversation in her mind, over and over again.

A Calgarian via Hamilton, Torraville was grateful for the foot-in-the-door opportunity she’d gotten – she was one of nine participants in the first-ever Women In Football Program presented by KPMG – but she wasn’t ready for that time to come to an end.

“The idea of it was not something I’m not used to. I’m not used to being like, ‘Just go get what I want,’ and so I really did have to talk myself into that conversation,” Torraville recalled.

As she found herself up against the clock, she went first to Elks’ assistant general manager Geroy Simon, who then approached the team’s GM and head coach, Chris Jones. They initially offered her some part-time remote work from Calgary, about 10 hours a week where she’d be helping to book the team’s travel for the 2022 season.

When the role of manager of football operations became available in July, she was offered the full-time gig. She’s been working out of Edmonton since.

Torraville became the first participant in the Women In Football Program to be hired by a CFL team. With her first season with the Elks nearing its conclusion, the last few months have provided both a steep learning curve but also a remarkable journey.

“I wouldn’t trade it for anything,” she said.

Having played tackle and touch football in Calgary, the game has been in Torraville’s blood for a long time now. She’s worked tirelessly over the last few years developing women’s football through a company she started that runs football camps for female athletes.

As the director of female football for the Calgary Bantam Football Association, she launched an under-18 all-girls tackle football league in Calgary and works to validate the idea that there is a place in football for women, whether they want to play, officiate, be fans or work in and around the game.

“There’s enough thirst for it. There are so many girls out there that want to play and are either just not necessarily wanting to join a boys team or a co-ed team,” she said, while adding that she’s only seen support for girls joining boys and mens teams.

“But I think there’s just a different dynamic about having an all-girls team. It’s definitely something that they want and so it’s been really fun to watch it grow and develop. I actually just got an email the other day from someone that wants to grow it to Red Deer. So now I’m looking at can we next year get central Alberta into this?”

Her passion for the game, combined with the organizational skills it takes to get a league off the ground, running and growing, all made her a natural fit with the Elks. While Torraville wasn’t sure of how to get to working at the professional level, it was always a goal of hers. When she saw the news of the Women In Football Program this year, she immediately applied.

“I always wanted to (work at the CFL level), but I didn’t know how to start because the football community is very much…your coaches hire the coaches they know. And the staff, it’s not like you can ever really find these jobs just pop up or anything. It’s all about trying to get your foot in the door and who you know,” she said.

“I always hoped that one day I would work for a professional football team. Being a huge fan of CFL, obviously that was my dream. I didn’t imagine that I would be in this position in Edmonton right now, but I feel very, very fortunate.” 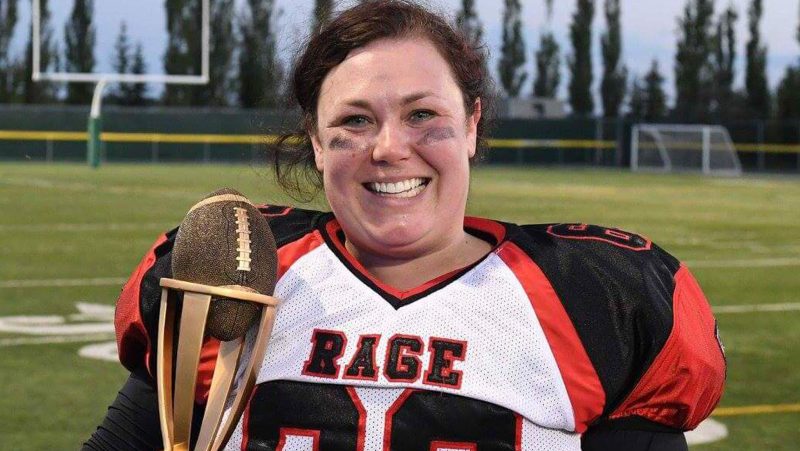 Elisha Torraville in uniform as a member of the Calgary Rage of the Western Women’s Canadian Football League (GoElks.com)

“The ultimate goal of that program is to have women hired. Coming into the first year I didn’t think we’d have any hires because clubs didn’t budget for that,” said Laurence Pontbriand, the manager of football and officiating development at the CFL and a catalyst in the launching of the Women In Football Program.

“She gave her stipend from the program to charity,” Pontbriand said. “It shows how much of a great human being, a big-hearted person that she is. I’m really happy for her and for the Elks. They got a quality person to work there and it happens to be a female.”

Torraville has had to hustle and sacrifice this season to make things work for her and her family. She’s seen her husband and their children on weekends since relocating to Edmonton to take the job. She mentioned her husband numerous times and the support he’s given, both with the job – he’s the one that pushed her to have that end-of-camp conversation with the team – and in getting the kids back to school this fall.

Torraville has gotten her feet under her this season, joining after the games had started and dealt with the learning curve that a new job will bring to anyone. She’s been able to spend time around the Elks and seeing how Jones and Simon work, is intrigued with their roles. Simon, she said, has been especially helpful with her and has offered to show her the ropes of scouting.

It’s a key component of becoming a GM and that’s a chair that Torraville would love to sit in one day.

“I would love to work up to that,” she said. It’ll obviously take quite a while and I have a lot of learning to do about the league and about scouting and about football in general.

“But I have the passion of loving football and I love this league and I really want to see the league succeed. I think in time and in learning from the right people, too, I think that’s a big thing. I think that yeah, GM. That’s where I’m headed.”