Cauz: Appreciating the greatness of the Bombers 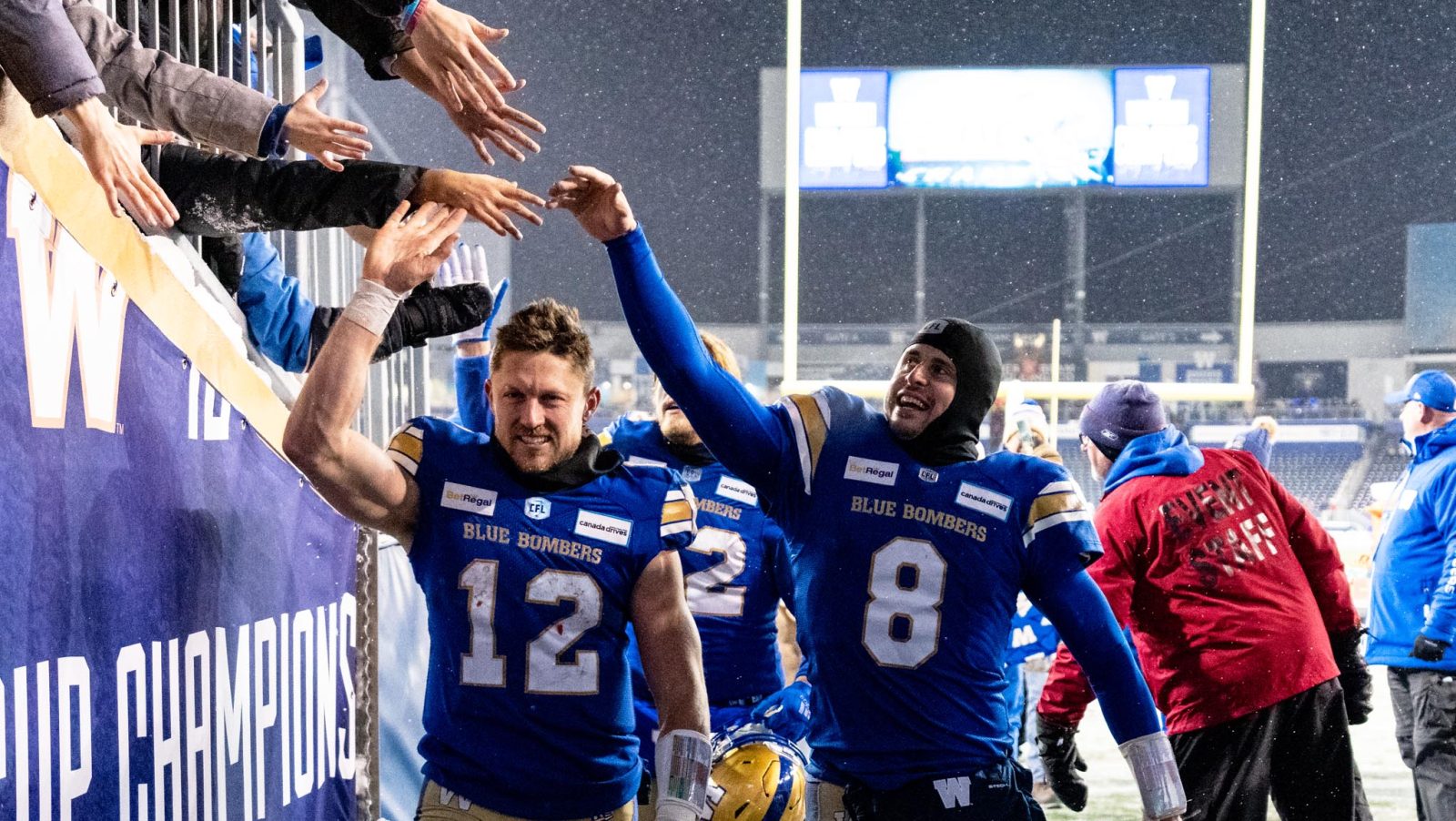 Cauz: Appreciating the greatness of the Bombers

There is such a wide range of motivations behind who you are rooting for in the Grey Cup.

The simplest is of course geography. If you spend much of your time complaining about traffic, I bet you’re cheering for the Toronto Argonauts, while if you days are spent convincing people that in fact there are many Canadian cities that get more snow than “we do,” I feel good guessing you’re currently wearing a retro Milt Stegall jersey.

If you are not from Winnipeg or Toronto it gets a bit trickier. If you embrace the “the enemy of my enemy is my friend” philosophy then that would mean the province of Saskatchewan has hopped on the Argonauts’ bandwagon and I have a hard time believing that western Canada is now embracing the city of Toronto.

For everyone in Canada on the fence about who to cheer for on Sunday, you still have time to make peace with whomever you decide to align yourself with. Yes, some of your friends may judge you but you must pick a side, those are the rules.

I am not here to tell you who to cheer for, but can I make one suggestion? If you are going with the Argonauts, please don’t do it because you are tired of Winnipeg winning.

I understand it can be difficult to back the favourite. The underdog story is often the sexier one and after doing so much winning and being in the spotlight it can be difficult to get excited for a team you know so well, whose story has already been told. It is quite natural to take a team like the Winnipeg Blue Bombers for granted. I am here to tell you to do your best to resist this urge because we are so close to witnessing history on Sunday.

The last team to win three Grey Cups in a row were those great Tom Wilkinson/Warren Moon/Dave Fennell Edmonton teams that won five straight from 1978-1982. Since then, we only have had two teams that have won back-to-back Grey Cups, the Doug Flutie Argonauts, and the Anthony Calvillo Montreal Alouettes. Neither made it back to the big game the following season.

I have a tenuous relationship with dynasties in sports. I’m not a fan when they are constantly in our lives making entire seasons rather predictable. Think the NBA from the Chicago Bulls to the Kevin Durant-led Golden State Warriors. On the other side, the odd dynasty is great for any league. It gives every other organization something to aim for and there is a greater sense of a gravitas around any game when these behemoths finally do lose. I like my dynasties like how I enjoy paprika: throw it in the stew for flavour but not too much, because it will overwhelm everything else around it.

This Winnipeg team is one win away from hitting undisputed “Dynasty” status (note the capital D). This organization is so close to reaching a level of excellence we haven’t seen in ages. It can be difficult in the moment to realize we are potentially watching history as it happens but that is where we are at.

I was thinking about the history of this edition of the Bombers on their grinding, nine-play touchdown drive to start the third quarter of their 28-20 Western Final win over the BC Lions. Six of those plays were runs, most of them up the gut for at least five yards. On every play you saw so many familiar faces helping the new guy, running back Brady Oliveira.

At tackle, Stanley Bryant and Jermarcus Hardrick are overwhelming on the edges, while Patrick Neufeld is pushing around all those who dare oppose him. Those three linemen represent 21 total years of service in Winnipeg, 11 All-Star teams and Bryant winning the Most Outstanding Offensive Linemen Award three times. For over half a decade these three have been protecting Zach Collaros and helping produce 1,000-yard rushing efforts from Andrew Harris to now Oliveira.

On the defensive side, Winnipeg made life miserable for Nathan Rourke and the entire Lions’ offence. Not to be a broken record but the theme of familiar faces is not restricted to just the offence. Willie Jefferson forced a James Butler fumble, Jackson Jeffcoat sacked Rourke late in the fourth quarter, thwarting a promising Lions drive and the final two tackles were made by Brandon Alexander and Adam Bighill. All four defenders have been a part of the last two Grey Cup victories, all while amassing individual awards to go with team glory.

Finally, there is Collaros. Wow, have we come a long way in his football journey if we are at the point where his continued excellence is now viewed as nothing more than the accepted norm. The 2021 MOP put up career high numbers this season, but it wasn’t that long ago when his football career was in jeopardy of being cut short due to injury.

In 2015 Collaros was on his way to being the biggest quarterback in the game. A torn ACL would cut that dream short. Two years later his 0-8 record led to then coach June Jones benching him for Jeremiah Masoli. Think about that for a moment. A player who now has a reputation for always finding a way to win to going nearly half a season without a single victory to his name.

Injuries would plague his time in Saskatchewan and Toronto and his low as a professional had to have been when the Argonauts traded him to Winnipeg in 2019 for a third-round pick and a conditional first rounder. I understand how as a sports fans we can get numb to winning but again, consider the not-so-distant dark valleys that Collaros found himself in and compare it to where his career is today as he gets set for a possible Grey Cup three-peat!

The one caveat to all of this? What if Toronto wins? No one should be shocked if Ryan Dinwiddie’s team pulls off the upset. The Argonauts’ offensive line held strong against the Montreal pass rush, Andrew Harris looked great, McLeod Bethel Thompson had one of his best games as an Argonaut and the defence is filled with playmakers.

If Toronto does win, the dynasty conversation is put on hold. It will take nothing away from all the work that general manager Kyle Walters and head coach Mike O’Shea and his coaching staff have accomplished over the years, but it will deny the Bombers’ place in history.

There is so much at stake this Sunday. Just remember to not take any of it for granted. This Winnipeg team is already something special trying to make history but if there is one constant in sports, it’s that you never know when organizational greatness will come to an end.