MMQB: The anatomy of a Grey Cup win 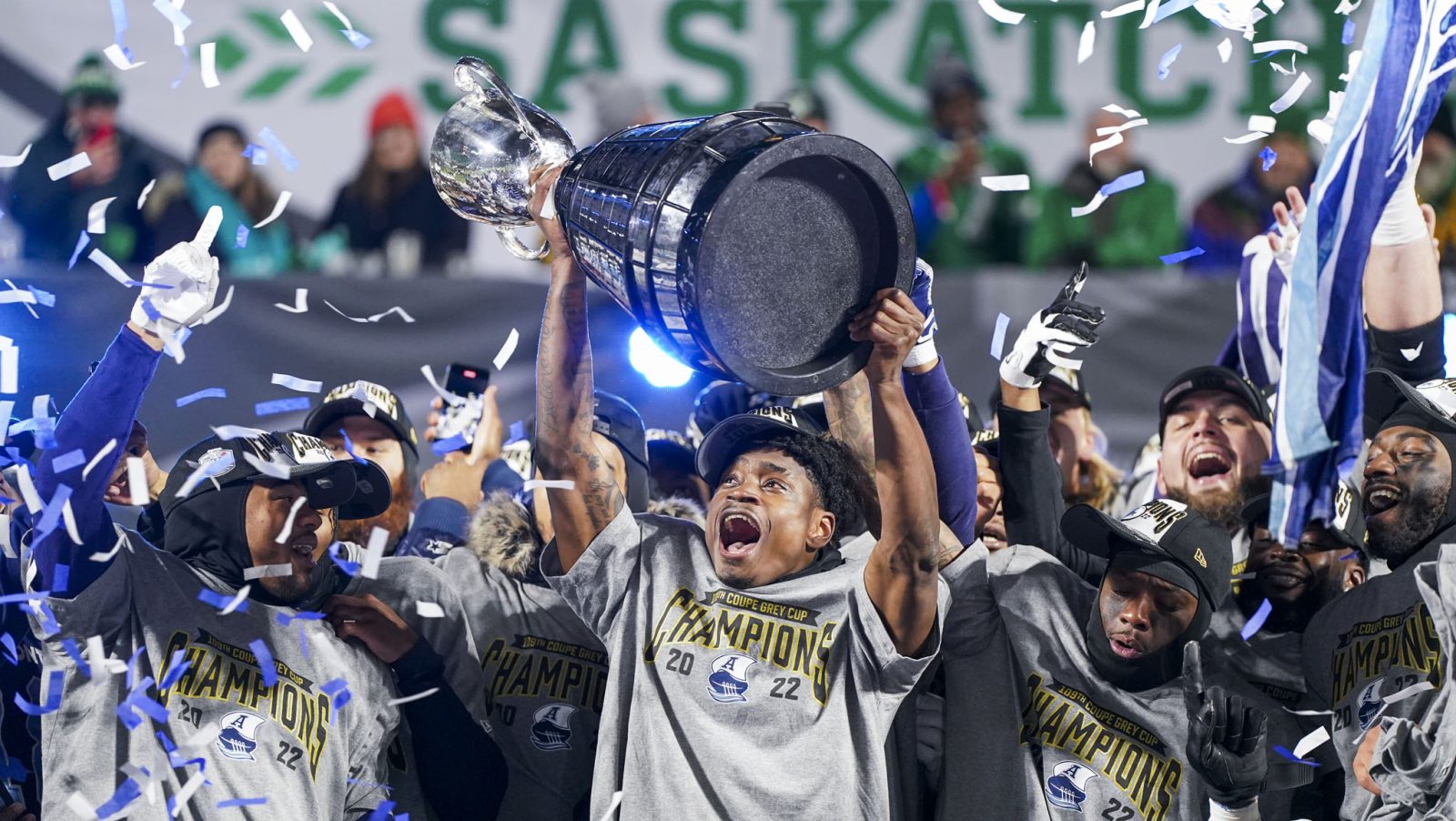 MMQB: The anatomy of a Grey Cup win

As I was watching another incredible CFL championship game play out, I was also thinking about the little things that make the difference. In a contest as close as Toronto’s 24-23 triumph over Winnipeg was, small elements that can be easy to overlook end up making as much of a difference as the big, highlight reel moments.

En route to winning the 109th Grey Cup, the Argonauts made sure just slightly more of those things went in their direction. Three of those elements I can’t stop thinking about following as hard fought a win as you’ll ever see.

One of the ready-made storylines of Grey Cup week was Harris’ opportunity to win a third straight title and this time around, do so against his former team. That story came on the heels of Harris’ incredible return to game action one week prior in the Eastern Final against Montreal.

As we now know, Harris completed the three-peat as he and fellow running back A.J. Ouellette played key roles in Toronto’s triumph. Harris ran for 55 yards on 10 carries while Ouellette added 24 more on six carries and punched in two crucial touchdowns, including the eventual game winner.

And yet, I wonder what happens if things had played out slightly differently during the season. Harris went down with a torn pectoral muscle in Week 10 and was at one point ruled out for the rest of the season. With Harris on the shelf, Ouellette stepped in and steadied the ship for the Argos and turned into one of the breakout stars of 2022.

Had Harris stayed healthy, I’m quite confident Toronto still would have been advanced as far as they did. But his absence in the second half of the season allowed head coach Ryan Dinwiddie to learn even more about Ouellette and gain confidence in him at the same time. The confidence to hand Ouellette the ball in two scoring situations knowing he’d bruise his way to the end zone. 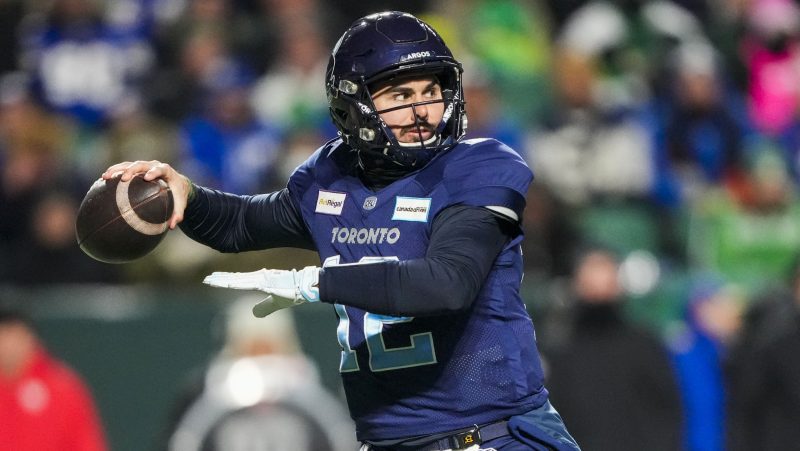 After McLeod Bethel-Thompson dislocated his thumb, Chad Kelly stepped in and helped get the Argos a crucial touchdown (Thomas Skrlj/CFL.ca)

When McLeod Bethel-Thompson was forced to exit Sunday’s game in the fourth quarter, I had no idea what to expect. But I’m not sure my first inkling would have been what we saw from Chad Kelly. With urgency levels near their peak, Kelly stepped in and made multiple plays that culminated in Ouellette’s touchdown to put Toronto up for good.

It turns out Kelly was exactly what the Argonauts needed at that time. His energy and quick strike passing was a drastic change of pace and the Bombers defence took time to adjust. Kelly’s mobility added a different wrinkle to Toronto’s offence, too, and was on full display with his 20-yard scamper to extend the game winning drive.

Again, none of this is to say the Argos wouldn’t have found a way to win had Bethel-Thompson not gotten hurt. But Kelly’s entrance into the game and the timing of the quarterback change ended up being a crucial moment in the game. It’s moments like those that define championship teams.

Somewhat overlooked in the immediate aftermath of Janarion Grant’s record setting 102-yard punt return touchdown early in the fourth quarter was what happened on the very next play. Marc Liegghio missed the ensuing extra point and thus didn’t extend Winnipeg’s lead to 10. As much as we’ll be seeing highlights of Liegghio’s late field goal getting blocked down the road, the miss early in the final frame was probably more impactful.

Aside from the obvious fact that Toronto won by one point, not being tied in the final minutes changed everything. Bombers head coach Mike O’Shea and offensive coordinator Buck Pierce had to call a far more aggressive game playing from behind as opposed to managing in a more conservative fashion with the spectre of overtime looming. That can lead to forcing it, which can also lead to mistakes.

Did Liegghio lose the game for Winnipeg? Of course he didn’t. His missed extra point was just a small part of a back-and-forth contest full of mistakes and big plays. But it’s a perfect example of how little separated these two teams on Sunday night. That’s football for you.