Finding a Way: The resiliency of the Rouge et Or 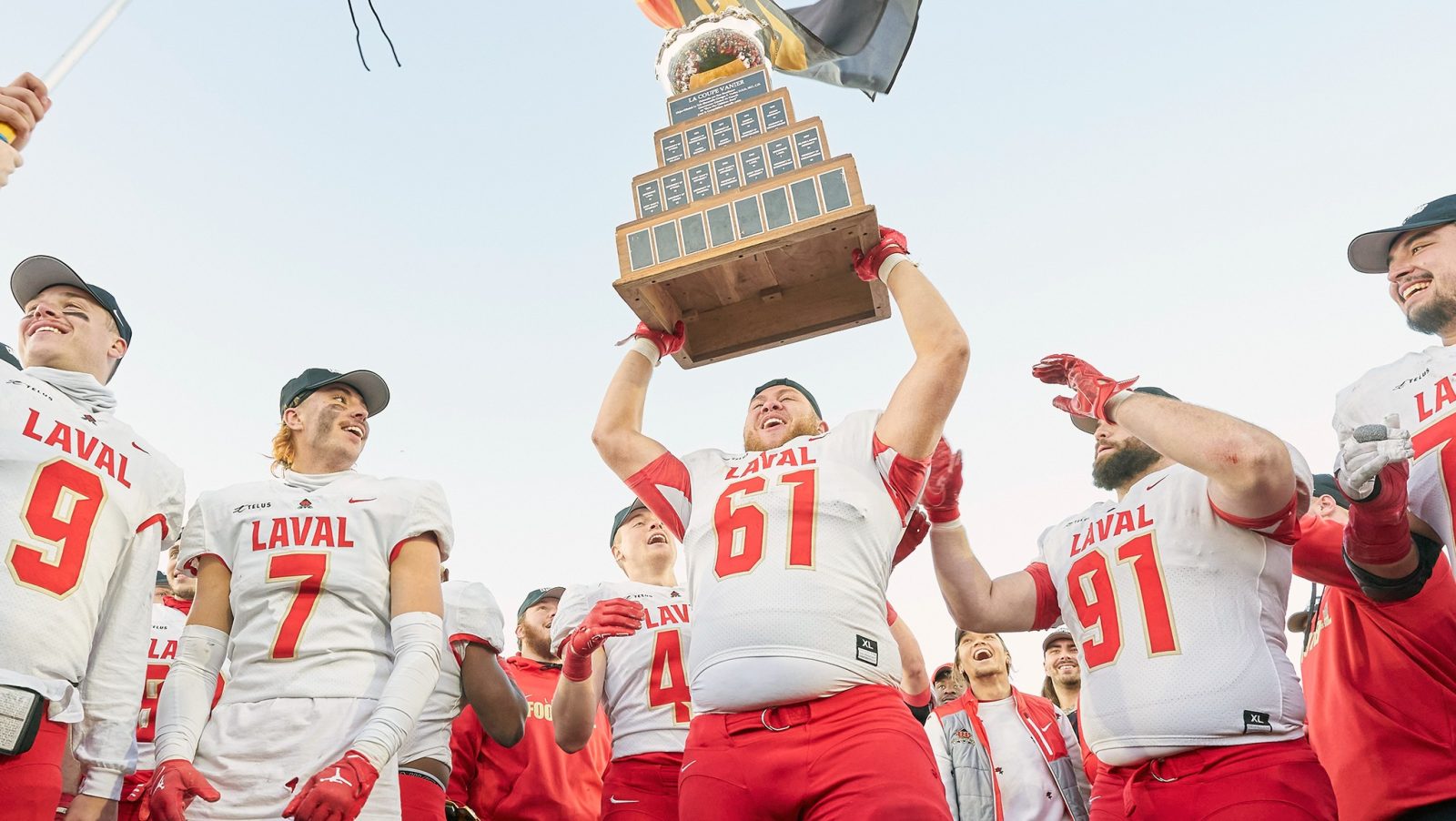 Finding a Way: The resiliency of the Rouge et Or

The golden rule of Canadian university football since 1996 has been that either the Laval Rouge et Or are crowned Vanier Cup champions, or they are inches away.

The Rouge et Or machine rolls on despite bumps in the road against the always stingy Montreal Carabins. The two best RSEQ conference teams sharpen each other’s blades each regular season with only four quarters in a Dunsmore Cup left to determine who gets the chance to absorb the other’s strength and carry it forward to national competition. 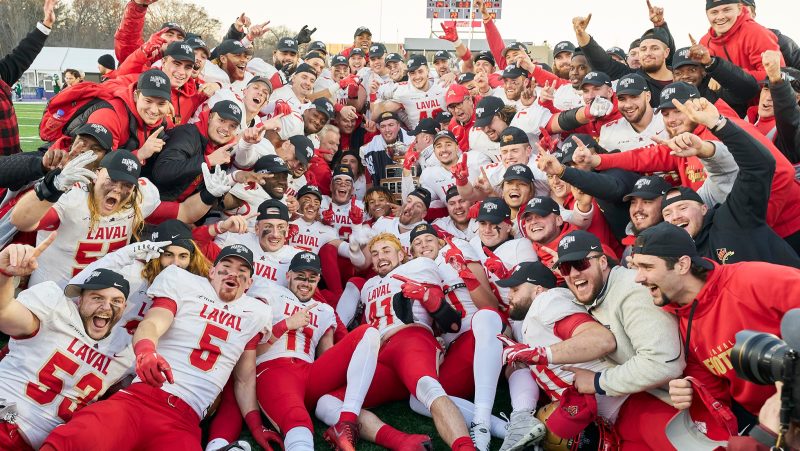 With a 30-24 win over the Saskatchewan Huskies, the Laval Rouge et Or captured their first Vanier Cup win since 2018 (The Canadian Press).

When Montreal comes out of the conference they are better off for having faced Laval. When Laval advances through Montreal as they did this season with a 25-24 win on a mind-bending missed field goal which inexplicably resulted in a single point for the Rouge et Or as time expired… watch out.

From there the Quebec City powerhouse travelled to London, Ontario to take on the Western Mustangs at Western Alumni Stadium, a week after Western had run all over the Queen’s Gaels. Laval would have to bring their physical game to Ontario, not to worry, they packed for an extra week with the confidence that they weren’t going home.

Over four quarters the battle tested Rouge et Or did what they almost always seem to do in a Mitchell or Uteck Bowl. They found a way to win.

The bags were allowed to stay unpacked, the All-Canadian banquet was set and Laval had once again travelled into enemy territory for the biggest game of the year and crushed their opponents’ hopes for a crowning achievement.

This victory being extra sweet as Laval was able to ruin Western’s hosting duties in what could have been a purple party for the ages. Payback for the 2017 Vanier Cup loss to Western at Tim Horton’s Field. Nevermind Laval getting payback against the Mustangs in 2018, the Rouge et Or have a long memory.

On Thursday night Laval standout playmaker Kevin Mital was named the first receiver to be crowned as the Hec Creighton Award winner since Andy Fantuz for, guess who, Western in 2005.

Mital and his Rouge et Or teammates were off to the Vanier Cup on Saturday, extending Laval’s ridiculous streak of not missing three consecutive Vanier Cups since 2000 to 2002. 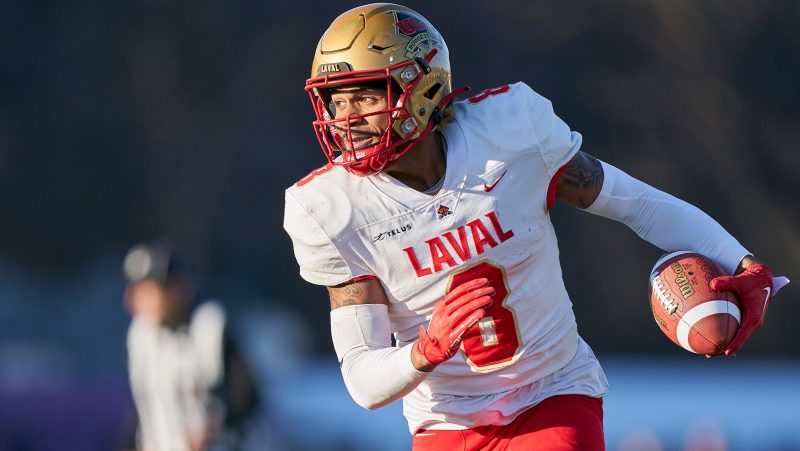 Laval Rouge et Or receiver Kevin Mital led the game with 142 yards on eight receptions, while also completing a touchdown pass in the win (The Canadian Press).

As expected, Mason Nyhus and the Saskatchewan Huskies were valiant foes. A program built from the ground up, the right way from Brian Towriss to current head coach Scott Flory. A team balanced in power and speed, capable of running the football with prairie pride or airing it out with the nation’s best quarterback based on yards per game.

Whether it be the Montreal team attack, Western’s rushing game or Saskatchewan’s Nyhus and the diverse receiving talent, the Rouge et Or always seem to find a way. On Saturday in a back and forth matchup it was the smallest of differences from the Huskies quarterback’s right hand that created the largest of Rouge et Or swings.

Midway through the fourth quarter trailing by 10-points Saskatchewan was set up with first-and-goal from the Laval six-yard line. Nyhus rolled to his right as he had earlier in the game for a touchdown pass. This time he missed just slightly high on the intended receiver who jumped to make the athletic play, but couldn’t haul in what was a makeable catch if thrown into his numbers. A throw Nyhus had made in his sleep for years as the Huskies stellar Saskatoon starter.

It was all Laval needed. One misstep, one big play gone wrong and the Rouge et Or will slam the door shut on your championship hopes.

A true gauntlet of Canadian football excellence all conquered in successive weeks as Laval once again found a way to win with a 30-24 win over Flory’s Saskatchewan side, improving their U SPORTS leading number of Vanier Cups to eleven, with no end in sight.