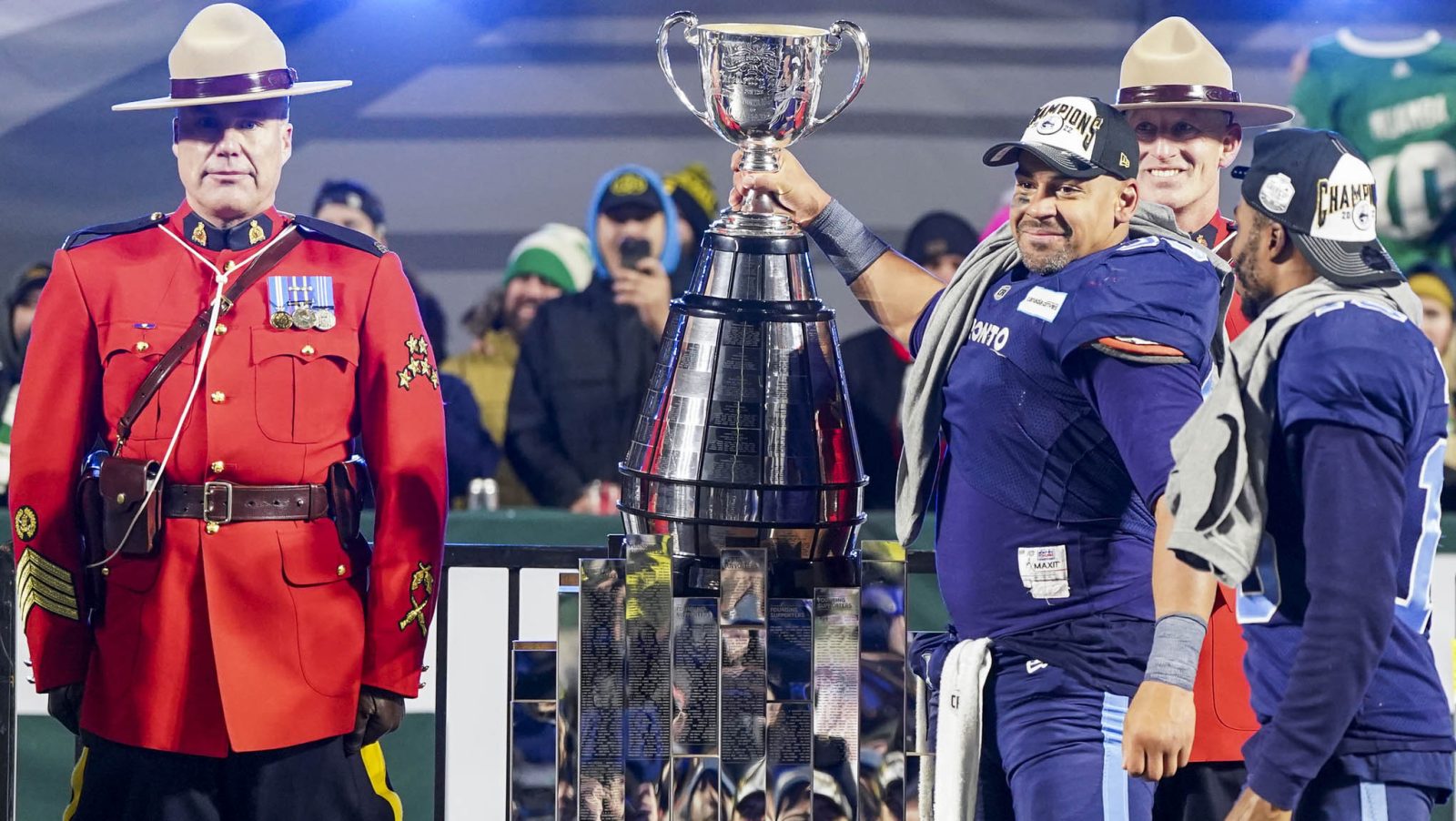 The dust has barely settled after Toronto’s thrilling 109th Grey Cup triumph and yet it’s already hard not to get caught up in the buzz of the off-season. Free agency is still more than two months away, but we’ve already seen a frenzy of activity as team’s prepare for 2023. It’s going to be a busy winter and here are some of the top storylines to track over the next few months. 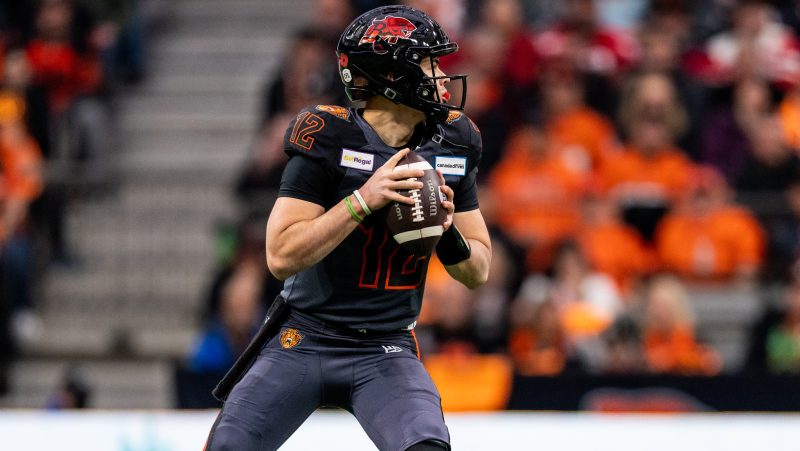 Nathan Rourke fought back from an injury to finish his incredible 2022 season on the field, trying to lead the BC Lions to the Grey Cup game (Christian Bender/CFL.ca)

The 2022 Most Outstanding Canadian has a hectic stretch ahead of him. After a breakout season with the BC Lions, the superstar quarterback is going to pursue his dream of playing in the NFL. At the same time, Rourke has very emphatically kept the door open for a return to Vancouver to build on a successful campaign.

“I never had a true opportunity at the NFL level, not as a quarterback,” Rourke told reporters earlier this month. “And that’s always been something that I’ve wanted to at least try for a very long time. I’m fortunate to have an opportunity and see where that goes and understand that I have a heck of an opportunity still here with the Lions. And so, to me, it’s a win-win, really.”

BC’s approach to its off-season, specifically free agency, will obviously hinge on Rourke’s fate south of the border. And let’s not forget: even if NFL contract offers are presented to Rourke, his opportunity with the Lions may still be the desired option. We saw something similar play out a few years ago with Bo Levi Mitchell when he ultimately opted to return to Calgary instead of pursuing an opportunity with the Minnesota Vikings.

A Rourke return makes BC an instant Grey Cup contender. The opposite makes the Lions one of the team’s to watch in the following section.

We already know Mitchell isn’t returning to the Stampeders. It seems as if Dane Evans could be looking for a new home after a frustrating 2022 with Hamilton. Cody Fajardo and the Roughriders seem to be moving toward a separation. With multiple teams unsettled at the position, the quarterback carousel is set to be a huge off-season story once again.

The best way to illustrate how this could play out is to identify which teams are set heading into 2023. Calgary is feeling good with Jake Maier on top of the depth chart. After helping them to a championship, McLeod Bethel-Thompson can be back as Toronto’s starter if he chooses to do so and Winnipeg’s Zach Collaros isn’t going anywhere after earning a second straight Most Outstanding Player nod.

Beyond that, though, there are question marks for every team with varying levels of severity. Will Rourke be back in BC? After re-establishing himself as a CFL starter, will Trevor Harris return to the Alouettes? Where’s Ottawa at with Jeremiah Masoli after an injury cut his season short? Edmonton, Hamilton, and Saskatchewan are also anywhere but settled at the game’s most important position.

I’m looking forward to seeing how everything lands. 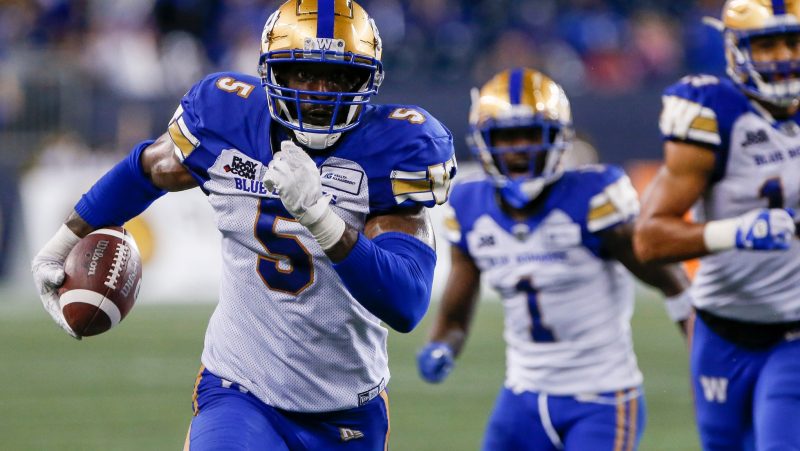 Willie Jefferson signed a one-year contract extension over the weekend to stay a Blue Bomber, joining Patrick Neufeld as surefire returnees for 2023 (The Canadian Press)

The Winnipeg Blue Bombers were denied a third straight title, but they’ve still been the league’s gold standard for the last two-plus years. Coming off their Grey Cup loss to Toronto, the Bombers face some interesting decisions this off-season, with one central theme: are they bringing the band back for another run?

It starts with head coach Mike O’Shea, who needs a new contract for next season. Widely considered the driving force of Winnipeg’s ascension and prolonged success, O’Shea seems like a no-brainer to bring back. Most seem to believe this is a foregone conclusion, but until it’s done, it’ll remain a question mark.

Then there’s player personnel. The first dominos have already fallen, as defensive end Willie Jefferson and offensive lineman Patrick Neufeld have agreed to contract extensions. If that’s a sign of things to come, you can expect several other high-profile names to follow suit, especially if O’Shea does the expected and re-ups.

The most interesting decision surrounds Stanley Bryant, the most successful offensive lineman in league history. He’ll be 37 to start next season but has also shown next to no signs of slowing down. Not having Bryant in 2023 would be significant, but if he’s up for an eighth season in Winnipeg, I see no reason why the team wouldn’t bring him back.

Other big name Blue Bomber free agents include Jackson Jeffcoat, Adam Bighill, Nic Demski, Jermarcus Hardrick, Alden Darby and Jake Thomas. I won’t lie, a Winnipeg redemption arc and a quest for a fourth straight Grey Cup appearance would be a fun one to watch play out.

As Andrew Harris was chasing a personal Grey Cup three-peat, many on the outside were wondering if his 2022 championship appearance would be his last in the CFL. The best Canadian tailback in league history, and one of the best ever of any nationality, Harris has nothing left to accomplish in his Hall of Fame career. But that doesn’t mean he’s ready to hang up the cleats, either.

On the one hand, Harris will be 36 when next season starts and has had trouble staying healthy over the last two years. This season saw Harris play in eight regular season games before his miraculous return for the Eastern Final against Montreal. The prior year Harris got into seven regular season games before returning for the playoffs. If he were to retire, it would be an understandable decision and we’d look forward to his Hall of Fame induction.

On the other, however, Harris lives to compete and can still do so at a very high level. Harris went for over 100 yards twice in eight regular season starts with Toronto and was a significant factor in their two playoff wins. If Harris wants to return for a 13th CFL season, you can bet he’ll find a landing spot.