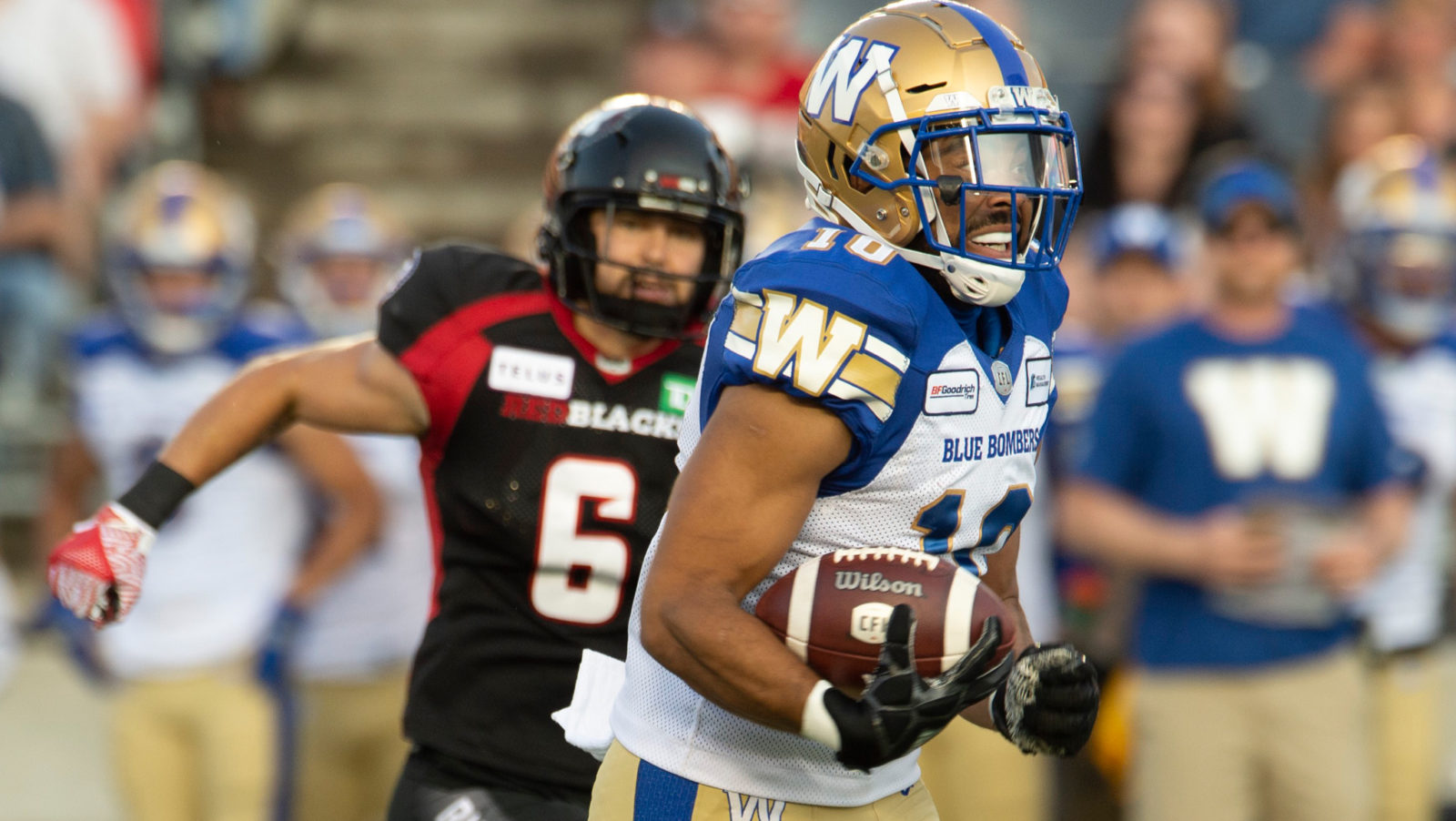 TORONTO — We’re a month into the CFL season and the Winnipeg Blue Bombers are the team to beat.

From a savvy veteran special teams unit and a diverse, explosive offence to a defence that’s allowed just one offensive touchdown all season, the 3-0 Bombers are as complete a team as you will find.

On offence, quarterback play has been critical — whether it’s Matt Nichols or Chris Streveler throwing the football — as the Bombers have a CFL-best quarterback rating of 116.3.

On defence, no team has taken the football away more than Winnipeg, whose 10 takeaways have led to a CFL-best turnover ratio of plus-five.

And if that’s not enough, it was the special teams making the biggest game-changing play in a Week 4 win over Ottawa, when Justin Medlock deflected his own punt out of bounds for a game-changing recovery.

Can anyone stop the Blue and Gold? More in the Nissan Titan Power Rankings:

Adam Bighill, Matt Nichols and Chris Matthews were all on the sideline at one point in Week 4, but it didn’t matter as the Bombers allowed just 236 yards and controlled possession for two thirds of the game in a 29-14 win over Ottawa. You can feel the power shifting in the highly-competitive West. It’s Winnipeg’s to lose.

Already leading the CFL with 485 yards per game, the Esks’ offence could get even more dangerous in Week 5 if DaVaris Daniels returns out of the bye week. So far Daniels’ absence hasn’t affected them as Trevor Harris, C.J. Gable, Ricky Collins and Greg Ellingson have formed the league’s most dominant attack through four weeks.

Nick Arbuckle proved his 9-for-9 performance in Week 3 was no fluke, completing 86 per cent of his passes in a decisive win over the Riders. Winning at Mosaic is no easy task for a first-time starter, but Arbuckle is showing that no moment is too big in the absence of Bo Levi Mitchell. Don’t write this team off just yet.

The Ticats had no answer for William Stanback, letting him rush for 203 yards and three touchdowns in an Alouette victory. It’s a concerning trend for the Tabbies, who are giving up a league-worst 144 yards per game on the ground. On the other side, the absence of injured tailback Sean Thomas Erlington looms large.

The REDBLACKS had a tough time against the top-ranked Bombers, failing to find the end zone on offence while barely managing 20 minutes of possession. We know what Dominique Davis can do, but week to week consistency might be a question all season long for the first-time starting quarterback.

Sometimes it really is a game of inches. If Sergio Castillo’s game-winning rouge hits the upright, or Chris Rainey fields the football a half step forward, perhaps the BC Lions are still seeking win No. 1 of the 2019 season. They’ll take it though; the question now becomes what do they make of the momentum?

Khari Jones might just be on to something in Montreal. In his third game as head coach the Alouettes racked up a season-high 456 yards, 265 of which coming on the ground. William Stanback is the star they’ve been looking for, and Vernon Adams Jr. looks like he might be the answer behind centre. Things seem to be looking up for the Als.

Cody Fajardo faces his first bit of adversity as a CFL starting quarterback, coming off an 89-yard, two-interception game in a loss to Calgary. Of more concern might be the defence, which has forced a league-low three turnovers in the absence of the departed Chris Jones. The bye week has come at the right time in Regina.

From a competitive standpoint the Argos were much improved in their Week 4 battle with BC, losing on the game’s final play following a rouge. Still, the offence continues to struggle, having converted just seven of their second down attempts in the loss and amassing 23 minutes of possession. By the way, has anyone seen Derel Walker?