Growing up in the United States southern cultural, and geographic area of Georgia, there was a time when a youthful neophyte named Joe Hagins had a thirst for learning to play football.

Unpredictable back then as a kid, Hagins had deep inward feelings, spent a great deal of time thoroughly studying the game and also emulated the professionals. Not knowing that he was wildly talented, Hagins would soon find out that he had all the makings needed to reach the big leagues.

With a winning personality, fondness and endearment for football would, one day, go beyond putting on a uniform. Try, coaching. 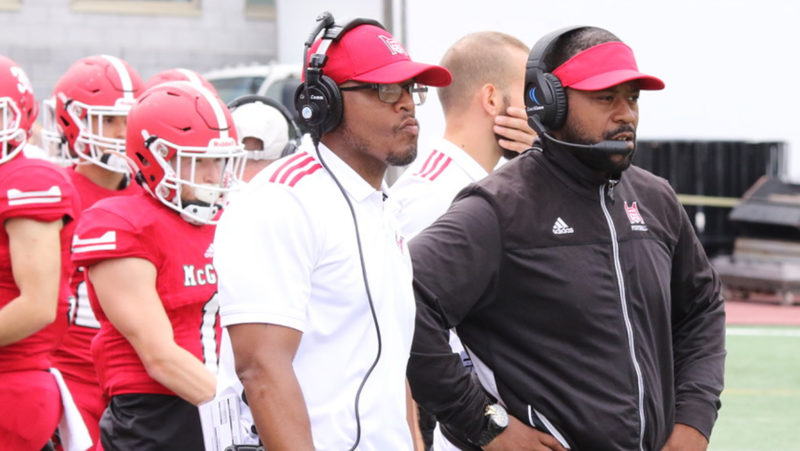 After his senior high school year, when he added Most Valuable Player to his repertoire and was tapped as an all-State linebacker, interest spread quickly among recruiting coaches in the National Collegiate Athletic Association.

It didn’t take long for NCAA scholarship offers to roll in. Proud of his grades that hoisted him to the academic honour roll, Hagins, like many American teens left home in Folkston, Ga. after accepting a full package from Purdue University.

A 14-hour drive to West Lafayette, Ind., Hagins knew it had to be done to continue his preference: academics and to play football at Purdue. Now, at a prominent school, on the gridiron, he played several positions – linebacker, safety, running back and even returned punts. In his rookie Purdue season, Hagins was named freshman athlete of the year.

The journey was also closer to Canada – the place where, in 1998, he started his first professional game with the Hamilton Tiger Cats. A year later, Hagins became a local hero after an acrobatic catch against Montreal which helped the Tiger Cats reach the Grey Cup –one they went on to win.

Like all pros, Hagins, young, versatile and confident, had big plans. But, the following year, the un-expected happened.

It was in a pre-season game against the Winnipeg Blue Bombers when Hagins, while making a tackle, sustained an injury. Dealing with severe pain, he had to be golf-carted off the field, and was later informed of nerve damage.

A huge blow, not thinking of career ending at the time, Hagins would ponder his future from a bed at the Hamilton General Hospital.

“I thought it was the mother of all stingers, that’s all,” recalled Hagins.“I remember the tackle, throwing my body and didn’t think much of the injury until the paralysis set in. In time, I knew my strength and mobility was not good enough to play football.”

In 2000, having gone through a rehabilitation program after the serious neck and shoulder injury, Hagins chose to retire from playing, and focused on regaining feeling in his arm.

But, he wasn’t through with football. Next on his list, was that craving to coach.

“My perspective was to switch, take everything that I learned and adapt to a teaching mode – help others,” said Hagins. “Injuries happen in everything. I was determined to not let it end my devotion to the game of football. (Football) has given me something and I had this urge to mentor.” 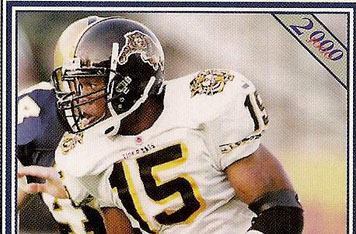 Hagins is pictured as a member of the Hamilton Tiger-Cats

Hagins stayed in Steel Town and coached at Cathedral High School, then did the same with the Hamilton Ironmen of the Ontario Varsity Football League – both championship contenders. It was then off to the university game with Guelph, followed by Waterloo, before a term with Royal Imperial Collegiate of Canada, a prep school in St. Catharines.

In 2018, the 45-year old Hagins, who is married and the father of three girls, was invited to Montreal to coach the defensive secondary at McGill, a school that has one of the oldest university football programs in Canada. It also proudly boasts having 59 players who played in the Canadian Football League.

“(McGill) was a great opportunity for me – and, from my perspective, doing the job of coaching was more than just going out on the field to play football,” said Hagins. “Everyone wants to win, but winning, to me, also means in the classroom.

“The world is full of guys with no grades. I need to know my players are getting their grades and are not liabilities. Then, for football, (they) have to absorb what I teach and perform understanding that careers continue long after playing.”

Passionate about coaching, Hagins was a training camp guest coach with the Tiger Cats back in 2006. What he learned as an athlete, a coach and working with pros, has rubbed off successfully by motivating and inspiring players to look beyond being average.