The Canadian Football League takes its CFL Global Combine roadshow to Florence, Italy on Saturday, January 25 and working with the Italian Federation of American Football, FIDAF, will set up the fourth of six European combines in January.

The crew has already held combines in Finland, Sweden and France and in addition to Italy this weekend, CFL staff will be in Bristol, England for the CFL-UK Combine and then the entire group will be moving on to Germany Sunday, January 26. 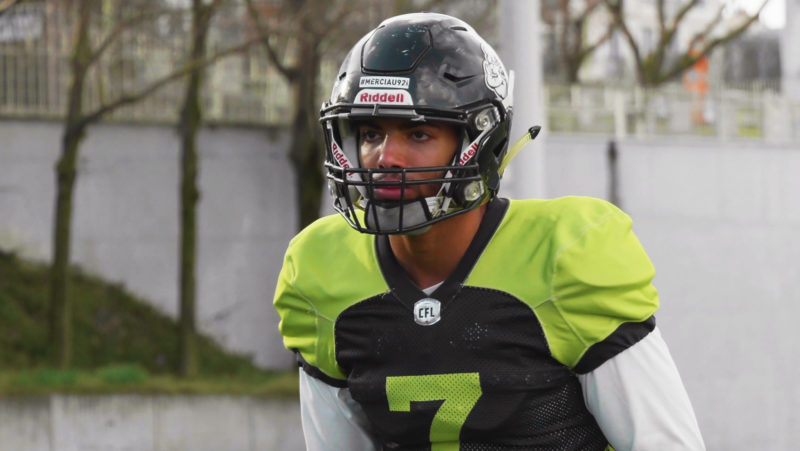 A number of the standouts taking part in the historic event include six-foot-two, 225-pound linebacker Kevin Khay from Milan, Italy who has led his team, the Milano Seamen in tackles for the past two years and helped them win back-to-back Italian titles. Another competitor who could surprise is Austrian defensive end Leon Balogh. The six-foot-four, 235 pounder from Vienna was the runaway sack leader in the Austrian Football League with 14 in 11 games while playing for this hometown Dacia Vienna Vikings who reached the final this past season.

These combines are being held not just throughout Europe but in Mexico, and Japan as well and are designed to assess and measure the size, speed, athletic ability and football skills of top players from outside Canada and the United States who have aspirations of playing professionally in Canada.

“This is a great opportunity for Italian players, and a unique event that opens an important window onto the world of professional football for our game. But it is also a fundamental moment of growth for our federation as Florence sees us taking another step toward consolidating an important partnership, namely our partnership with the Canadian Football League. The FIDAF-CFL Combine offers the chance to showcase our players’ talent in the hope that some of them can, one day, step out onto the prominent stage of the Canadian championship and also enable the many Italians living in that country to experience the joy and pride of cheering on their fellow countryman.”

On hand from the CFL in Florence will be CFL Director of Global Scouting Greg Quick along with Senior Director of Football Operations Ryan Janzen as well two other members of the CFL.

Quick said they are looking for more than players who can run, catch, block and tackle:

“We know that the skill players will stand out some in the testing, but we are trying to make sure we find athletes who will impact the success of a team on and off the field. Thiadric Hansen is a perfect example. He could do more than jump 38″. He was also a great teammate and understood his role. In other words, we want to make the intangibles, tangible.”

The top players will be invited to Toronto from March 26-28 for the 2020 CFL Combine presented by New Era, which will feature international prospects competing alongside their young Canadian counterparts from U SPORTS, the NCAA and junior football. The league’s biggest scouting event will be followed by two separate drafts in the spring – one for global players and one for Canadians. These combines represent a tremendous opportunity for these players who would otherwise never had a chance to showcase their skills in front of professional scouts.

In 2019, the CFL featured designated ‘global players’ from countries outside the U.S. and Canada on its nine member clubs – a first for the league. Next season, the number of global players per team (on game and practice rosters) will grow from three to five with two allowed on the gameday roster and three on practice roster.

As the CFL continues to deepen its international footprint and introduce new pathways for Canadians to play, it has also partnered with the leading gridiron football federations and leagues in Austria, Great Britain, Denmark, Finland, France, Germany, Italy, Japan, Norway, and Sweden.

So far, five players have been chosen from the CFL Global Combines held in Finland and Sweden. From the Finnish combine, Micky Kyei and Sebastien Sagne were selected and from the combine in Sweden, defensive back William James.

The French combined produced receiver Anthony Mahoungou and defensive back Tony Anderson, both who have attended NFL camps.