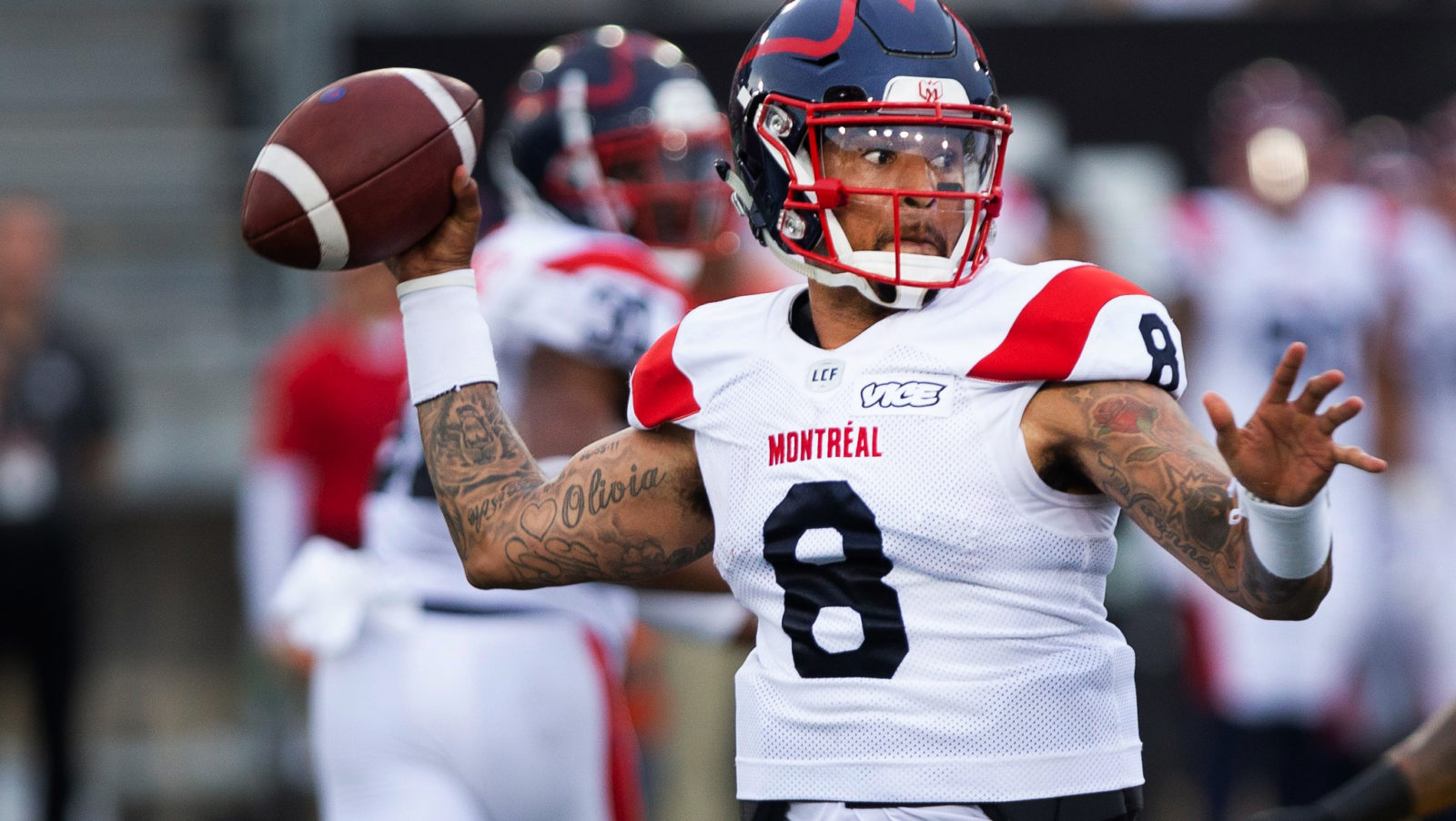 We’re navigating very strange times right now, whether it’s in this country or worldwide. I have no idea what’s going to happen, or when sports will resume the way we’re accustomed to. I am confident we’ll be watching CFL football in the not-so-distant future, though, coming off the heels of a really exciting 2019 season.

To help distract you from the unpleasantness of the world, and to help you look forward to the 2020 season, I’ve got you covered for a few minutes. Here are three trends from last season I’m curious to watch progress this year.

2019 saw the emergence of four fresh faced quarterbacks who now have huge opportunities in front of them this season: Vernon Adams Jr., Cody Fajardo, Dane Evans, and Nick Arbuckle. It’s an exciting time in the league for the game’s most important position.

Arbuckle is the most unique of this foursome, mainly because he’s on a new team. Traded from Calgary to Ottawa and subsequently signed to a lucrative deal, Arbuckle is looking at his first chance to truly be on top of a depth chart. Sure, he started seven games with the Stampeders last season, but there was never any doubt Bo Levi Mitchell would retake the reins once healthy again. Despite that, Arbuckle did more than enough as a starter to get an opportunity with the REDBLACKS.

How will Nick Arbuckle do as the No. 1 guy in Ottawa? (OttawaREDBLACKS.com)

The other three have a lot more in common. Each one of Fajardo, Adams, and Evans shared something entering the 2019 season: they weren’t opening day starters. Fajardo was backup to Zach Collaros in Saskatchewan before the latter went down with an injury on his first series. Similarly, Adams took over in Montreal’s first game of the season when Week 1 starter Antonio Pipkin went down with injury. Evans was the latest to get his shot; he entered the fray when Jeremiah Masoli of the Tiger-Cats sustained a knee injury in Week 7.

Much like all three quarterbacks entered last season as understudies, they finished 2019 leaving no doubt about their status. Evans knew he was the guy the minute he took over, as Masoli’s injury was season-ending. He did a pretty good job with his opportunity, too; Evans went 9-2 as a starter and led Hamilton to the 107th Grey Cup before bowing out to Winnipeg.

Fajardo and Adams emphatically staked their claim quickly, to the point neither Collaros nor Pipkin were considered options in Sask or Montreal again. Fajardo led the league with 4,302 passing yards and finished with 28 total touchdowns en route to the West Division’s Most Outstanding Player nomination.

Adams, on the other hand, led the league with 36 total majors and got at least one first place vote for East Division MOP (mine). He was explosive and dynamic all season and was the biggest reason for Montreal’s impressive resurgence.

Each of the four quarterbacks had slightly different journeys, and now face the same thing in 2020: the pressure of being THE guy right from the get-go. The expectations will be high, the pressure will be intensified, and now we get to see how Arbuckle, Evans, Fajardo, and Adams will perform the second time around.

Reilly was the biggest free agent addition in the winter of 2019 and his return to Vancouver was supposed to bring the Lions back into title contention. Instead, Reilly’s first year back where it all started was a nightmare. BC started the season 1-9 and Reilly’s offence looked discombobulated and out of sync. The team was a mess going into their Week 12 bye, but things took a turn for the better from that point forward. 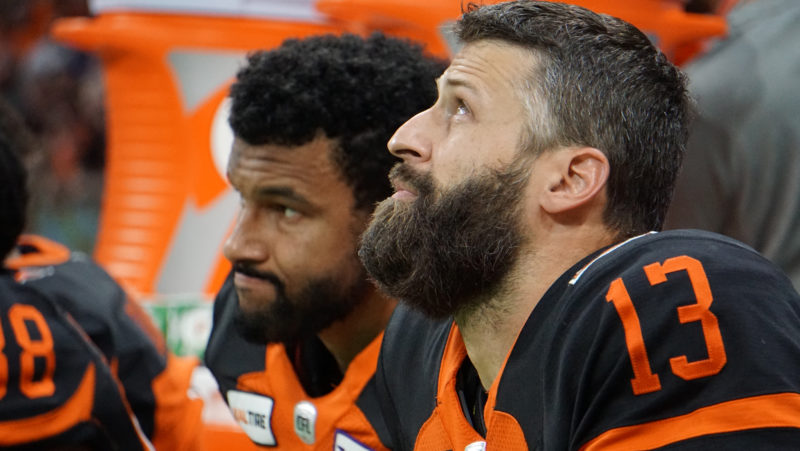 Mike Reilly and the BC Lions finished 2019 with a 5-13 record and will look to improve this season (BCLions.com)

The Lions brought in Kelly Bates as their offensive line coach and things improved right away. Reilly had significantly more time under centre and started to look like the elite MOP candidate we were accustomed to. BC went 4-1 in their first five games after the bye and Reilly looked great. He was back to averaging almost 300 yards passing per game and totalled 12 touchdowns in those five games.

The run came to an end in Week 18 when Reilly sustained a wrist injury early in a game against Edmonton. It ended his season, but not before things started looking a lot more optimistic. The Lions have a new head coach this season and, in Rick Campbell, one with a solid track record of running effective offences.

If Reilly picks up where he left off and forms a good connection with Campbell, BC’s offence has every opportunity to hit the ground running. That’s the exact opposite of how things went to start last year.

3. The age of the returner

We had 18 return touchdowns in the CFL last season, which is a high number. It’s a really high number when you consider those touchdowns were divided evenly between punt returns and kick returns. It’s the latter of those categories that moved the needle and I’m curious to see if that was a one-year anomaly or something we’ll be seeing more of going forward.

Punt return majors were actually down a bit in 2019 compared to recent years. Last year’s nine was a lower number than the year prior (11) and four off of the 2017 total of 13. Only five teams saw a punt return go for a touchdown last season: Winnipeg, Hamilton, Toronto, Ottawa and Montreal.

The crazy thing is how many teams saw kick returns go the distance, though. Nine different players on six teams went for kick return majors last year, including seven of them for 100 yards or more. That number really becomes bonkers when you consider the highest number we saw in the previous five seasons was four.

I’m not sure why 2019 saw so many kick returns go for touchdowns. I’ve talked to a few people in the league who think the return talent being employed is better than ever. Others think the coaching of special teams is at the highest level we’ve seen. Whatever the reason, I’m all for it. A kick return is as exciting a play as you’ll find and if we can average one every two or three weeks, you can sign me up.