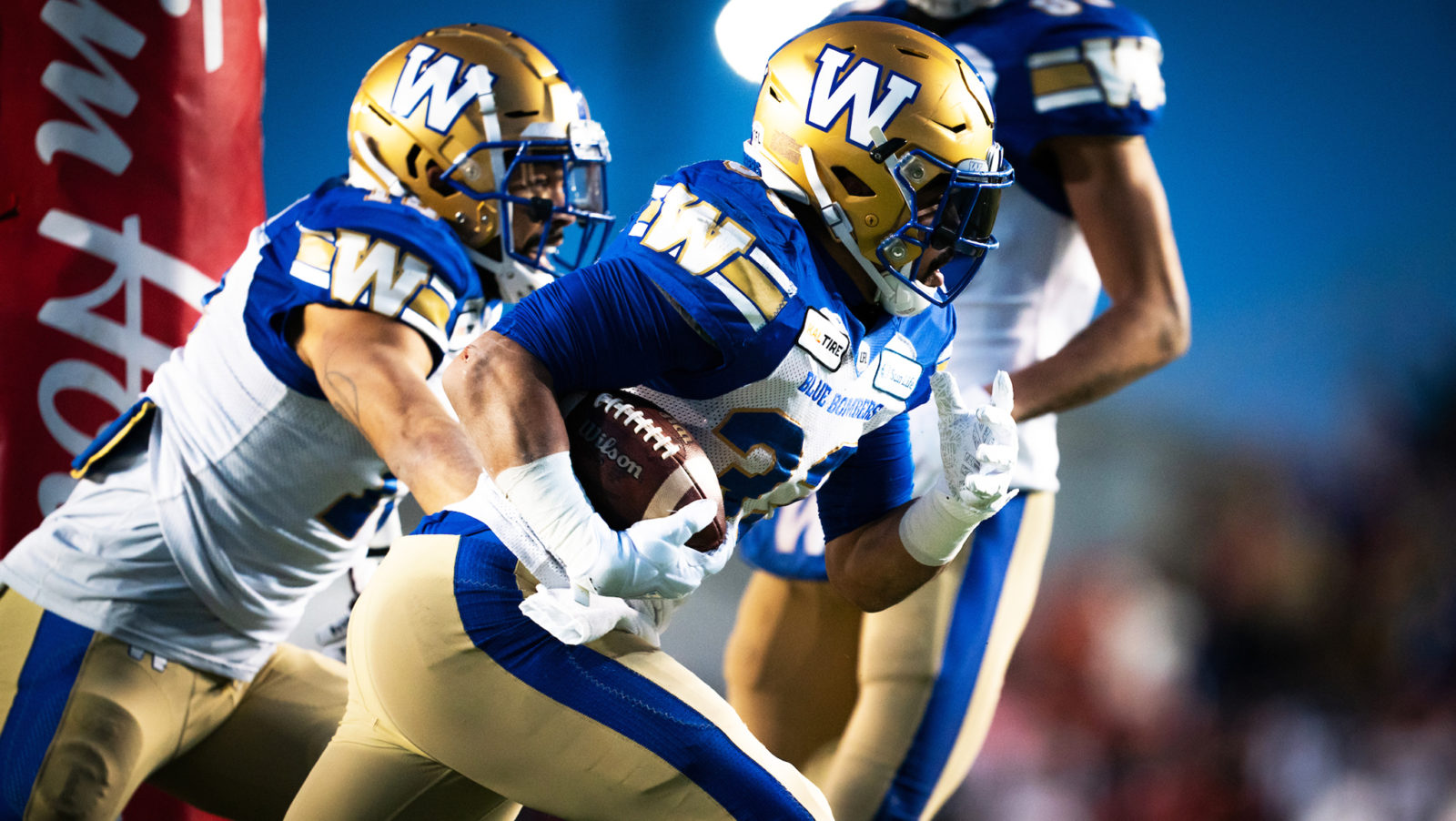 What a week in sports.

For sports fans like me, it was mind blowing to see league after league postpone or cancel events. I’m a sports nut that watches everything.

All of a sudden, it was all gone as the world reacted to COVID-19.

The Canadian Football League had to cancel its regional combines as well as the national combine, free agent camps and public appearances.

So as we all sit back and absorb the reality of what’s going on, we need to know that our sports will come back.

There will be a light at the end of the tunnel and stands will fill, the sounds will return and we’ll talk again about wins and losses rather than a virus that continues to spread across the world.

RELATED
» One in the same: Jackson pursuing passion for football, music
» Landry: Scary Terry set to bring electricity to Eskimos
» Holley making the jump from Anchorage to the Lions’ den

We have plenty to be excited about. This past week we’ve seen teams counting down the days to kickoff as we’ve moved past the 100-day mark. Yes, the CFL is scheduled to kickoff the regular-season on June 11.

I’ve been jotting down the storylines I’m intrigued to see play out in 2020.

Here they are, to get you started thinking about sports returning, our favourite entertainment that helps serve as a distraction to such things as we are experiencing right now.

1. The number is symbolic of what is right in front of us: Rules committee meetings. While these meetings will now be done in boardrooms around Canada instead of one in Toronto due to COVID-19, they will go on. And the rouge, the precious single point, is something that will be debated after it was kicked around by the fan base recently. There were many different ways fans (and I) have suggested to amend the rouge, while there are plenty as well who want to keep it the same. It’ll be interesting to see if there is an appetite to change it among the committee that suggests changes.

2. There will be other rule changes that will be kicked around and I’m always curious on what the coaches, players and managers in these meetings think of changing. Will we see more amendments to video review and coaches challenges? What about player safety when it comes to quarterbacks? The rules committee meeting is always a great time for debate for all fan bases of the CFL.

3. The CFL Draft will likely go ahead, despite the cancellation of the combine. These young men have delivered plenty of film for teams to assess over the course of their college careers and the league will attempt ways to gauge them leading into the draft, outside of the regular combine. The Calgary Stampeders have the first overall pick, after Nick Arbuckle came to terms with the REDBLACKS. It reminds me of the Stamps getting the first overall pick from Ottawa when Pierre Lavertu went first overall in 2014. Lavertu was a very good offensive lineman until injuries ended his career. Look for Calgary to find another solid Canadian at the top of the draft.

5. Let’s get back to the aforementioned Nick Arbuckle. Is he the next great quarterback? Ottawa certainly hopes so. They’re banking on it. I always want to see the next star. It’s fun to see a Mike Reilly or Bo Levi Mitchell become the new face of the league. We’ll see if what we saw in Calgary was being part of a solid system or if Arbuckle has the stuff to be a major player in the league.

6. That brings us to Paul LaPolice back on the sideline as a head coach in the CFL. LaPolice has deserved another chance since what I still feel was an unfair situation for him as a head coach in Winnipeg. He’s climbed back to the position after building an incredible system as the Bombers’ OC, that could see a quarterback step into it and win a Grey Cup in four weeks. What LaPolice did with Zach Collaros and Chris Streveler was nothing less than masterful at the end of 2019.

7. I believe in Zach Collaros! I did going into 2019 and Simoni Lawrence appeared to put a quick end to that. However, Zach proved he could win and succeed in the right situation and he found that in Winnipeg. Now all the eggs are in the Zach basket for the Bombers to try to repeat. When healthy, Collaros is as good as anyone. Can he do it for a full 18?

8. Will the Andrew Harris revenge tour continue in 2020? Was his double award win at the Grey Cup enough for him to shove it to the ‘haters’ or is he after a double award that he feels he was robbed of in 2019 after his positive PED test? Some have asked for a rule change on this topic, eliminating a player with a positive test from award contention. Time will tell on that one.

9. Speaking of revenge tours, what do Mike Reilly and the B.C. Lions have in store for the CFL after a disastrous start to 2019? Many were blaming the coaching staff for the Lions’ awful season, so they brought in a proven winner in head coach Rick Campbell and plenty of new coaches. They did keep Kelly Bates around along the offensive line after his work improved the line play drastically. If Reilly rises to the top again, it’s a tremendous story for him and the Lions’ organization.

10. What the heck is going to happen in the West Division???????? Can I use the ‘get your popcorn ready’ line for this race out west? You can make an argument for every team in the West climbing to the top of the division. Whether it’s player changes, coaching changes, or other moves this off-season, the West is wide open. BC and Edmonton should be better but are the Riders, Stamps or Bombers any worse? I don’t think so. I feel all five teams could be within two or three wins from each other at the end of the year.

11. The Riders are hosting the 2020 Grey Cup, which brings back memories of them winning at home in 2013. Cody Fajardo in Year 2 has many in Rider Nation thinking of a repeat of  the host team winning it all. Fajardo gets Jason Maas as an offensive coordinator and I’m more than intrigued about what these two could do together. With a young, up and coming receiving corps and William Powell, we could see fireworks out of the Riders offence this season.

12. The other team in the 2013 Grey Cup game was the Hamilton Tiger-Cats. They enter the 2020 season as Grey Cup favourites. They had a league-best 15 wins last season and have kept much the same and stable for 2020. A team you could say was the quietest and maybe more underrated, underappreciated 15-win teams in CFL history. They noticed the lack of love last season but will be more motivated by a Grey Cup loss.

13. I’m a believer Brandon Banks has 2,000 yards in him. The reigning MOP has averaged 100-yards per game over the last two years and I’d love to see a 2k receiver again. Mookie Mitchell was the last to do it, back in 1998.

14. Touchdown Atlantic is going to be a party. I can’t wait to get there and feel that East Coast hospitality. As a prairie guy, I do love our coasts in Canada. My trips to Halifax have always been memorable and whether it’s the pubs, the music or the history, those going to this game will be treated well. It’s great to know a full stadium is waiting there to meet the Argonauts and Riders in July. 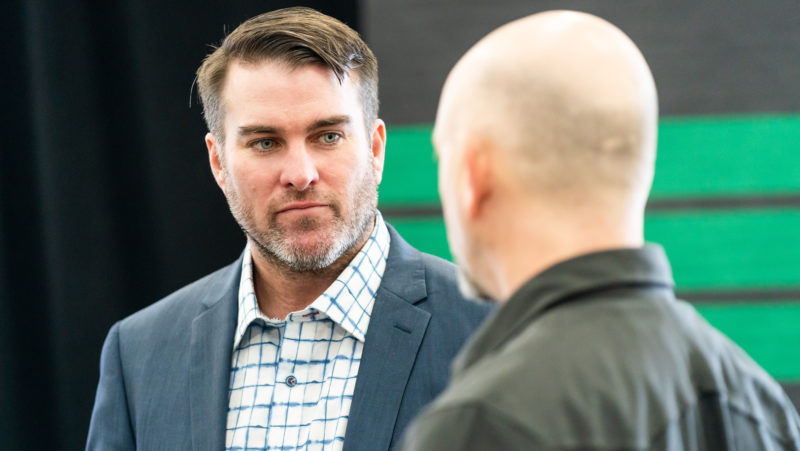 In his first season as a head coach, Ryan Dinwiddie will try to steer the Argos away from back-to-back four-win seasons (Kevin Sousa/CFL.ca)

15. But will the Argonauts be any good? Ryan Dinwiddie has a big job ahead of him. Give him credit for hiring a veteran coaching staff behind him and having a quarterback battle in training camp to start the season. Nobody’s job should be safe in Toronto and it’s that type of competition in camp that can trickle into success on the field. Let’s hope so. The woeful Argos’ storyline has been exhausting the last two seasons.

16. I’m using #16 for Bryan Burnham. What type of catch does he have in store for us this season? I can’t wait to see it!

17. Who is the next star? I’m always ready to see a new name come in as a free agent signing and become an instant sensation. Ricky Ray, Weston Dressler, Derel Walker, Cam Wake…who’s it going to be this year?

18. Oh, yeah, Derel Walker. Where will he play this season? Because where ever it is, they’re going to get a huge addition close to the season or into the season.

20. For my final point, how about 2.0? I became more of a believer in Randy Ambrosie’s vision for CFL 2.0 and the global players after seeing the enthusiasm of the group of international football executives that came to Grey Cup in Calgary to help promote the CFL’s initiative and the new International Alliance of Gridiron Football. I’m encouraged more global players will make an impact, although maybe not as big as an impact that Thiadric Hansen delivered on Frankie Williams in the 2019 Grey Cup.

These are 20 of the things I’m looking forward to. What are yours?