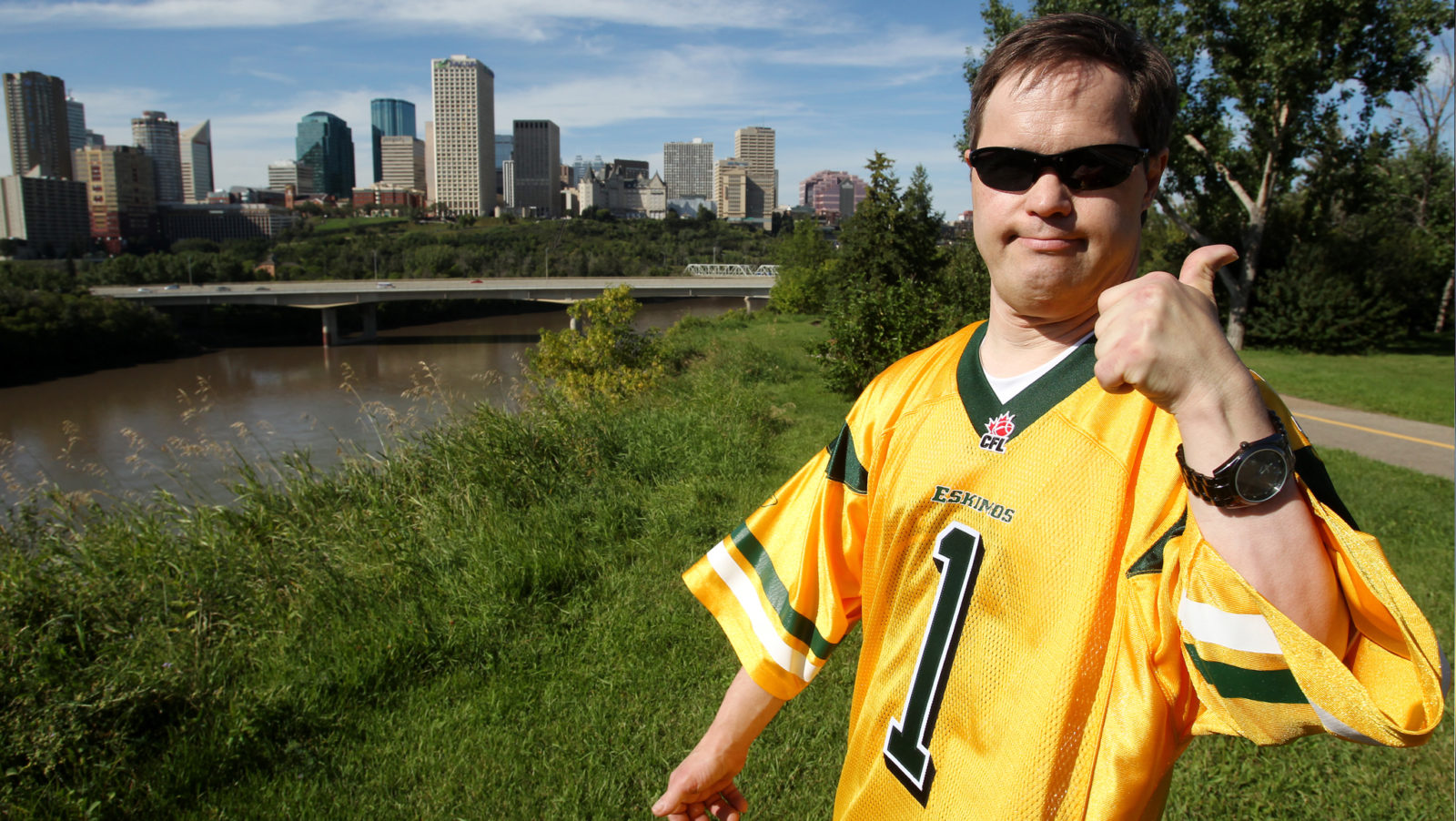 One of the toughest parts of pro sports, football in particular, comes when one of the dozens of athletes that share a locker room get cut.

You can see the full range of emotion, from someone sobbing at their stall to them yelling and wanting to throw things. It’s an impossibly difficult time and the vast majority of the people in the room don’t know how to handle it.

Joey Moss wasn’t like the vast majority of us.

“He sees guys get cut and he knows that they’re upset and he’ll go over and put his arm around them and tell them that it’s going to be all right,” Dwayne Mandrusiak, the football team’s former equipment manager and the man that welcomed Moss into the football fold told the Edmonton Journal in 2015.

“We’re all afraid and we think, ‘What do you say to a guy like that when something is going on?’ and Joe walks over and talks to people.”

Moss, the locker room attendant for the Oilers and Edmonton’s football team, passed away on Monday. He was 57.

He joined the Oilers in the 1984-85 season and found his way to the football team in 1986, becoming a local celebrity and a flag bearer for people with Down syndrome.

RELATED
» From 2018: How Joey Moss worked his way to become an Edmonton legend
» CFL community mourns the passing of Joey Moss
» Lions and the CFL mourn the passing of David Braley

Moss’ in with the two teams came through Wayne Gretzky, who formed a tight friendship with Moss and brought him along for the bulk of the Oilers’ five Stanley Cup run. Through the rest of Gretzky’s career, their friendship endured. Moss would be at Gretzky’s golf tournaments and events in Las Vegas in the summers. When the Oilers retired Gretzky’s No. 99, it was Moss that helped him raise it to the rafters.

“I think (the relationship) changed Wayne more than it changed Joe,” Mandrusiak said to the Journal.

“Watching Wayne and Joe (in 2014) at Wayne’s fantasy camp, they’re still as tight as ever. Wayne took Joe and did everything with him. Wayne wanted to spend as much time with him as he could. That is an amazing relationship.

“Nobody forgets Joe. I’ve had guys who have been here who will call me just to find out how Joe is.”

Moss seemed to be able to bring the soft-natured, compassionate feelings out of everyone that he spent time around. Athletes that appeared to be made of stone could turn and melt into buttery kindness when they saw Moss. We talk about whisperers, those who are masters of being able to crack difficult tasks or people in a way that no one else can. Joey Moss was a people whisperer, even if he didn’t realize it.

“We talk about whisperers, those who are masters of being able to crack difficult tasks or people in a way that no one else can. Joey Moss was a people whisperer, even if he didn’t realize it.”

As he further cemented himself into the city of Edmonton, Moss became a fixture around town. Joey’s brother and legal guardian, Stephen, who passed away last year, said in an interview two years ago that as Gretzky and the Oilers’ popularity took off, people started recognizing Joey more, too. He started getting invites to make appearances, to sing the national anthem (something he loved doing). He won the NHL’s Seventh Man Award in 2003, for being an NHL member that made a difference in people’s lives behind the scenes. In 2008 a mural of him went up on 99th street in Edmonton that greets traffic as it drives north. He was inducted into the Alberta Sports Hall of Fame in 2015.

In that 2018 interview, Moss’ brother Stephen laughed at the memory of Joey’s 50th birthday party, saying it lasted three weeks. The Oilers threw one for him. The football team brought him out to centre field and he got a standing O from the crowd at Commonwealth Stadium. There was cake in the locker room.

“It was like a never-ending birthday party. The whole city embraced him,” Stephen said.

There’s an incalculable value in an entire generation of sports fans watching Moss work away in the background of their sports teams, endearing himself to both organizations and its players. He became a valuable part of those teams’ ecosystems and in turn, he became a valuable part of Edmonton’s. You can say that people with special needs deserve more, are capable of more, but seeing your good intentions go from the back of your mind to reality is a different parallel. Moss bridged those two. That may be his legacy. It’s on us to continue to grow it.

Talking about Moss upon news of his Alberta Sports Hall of Fame induction five years ago, Mandrusiak said that every fall Moss would leave to join the Oilers for the winter, he’d always take the time to address the team.

“When he leaves here, he gives a very passionate speech about winning,” Mandrusiak said. “Play hard and love each other and work hard for everybody. Then, at the end, he says, ‘I looooove you,’ and then he walks away.

“The guys love him to death. It’s a sad day when Joe leaves here. He’s a fixture as much as he is there with the Oilers; in our hearts, he’s a huge fixture, too.”