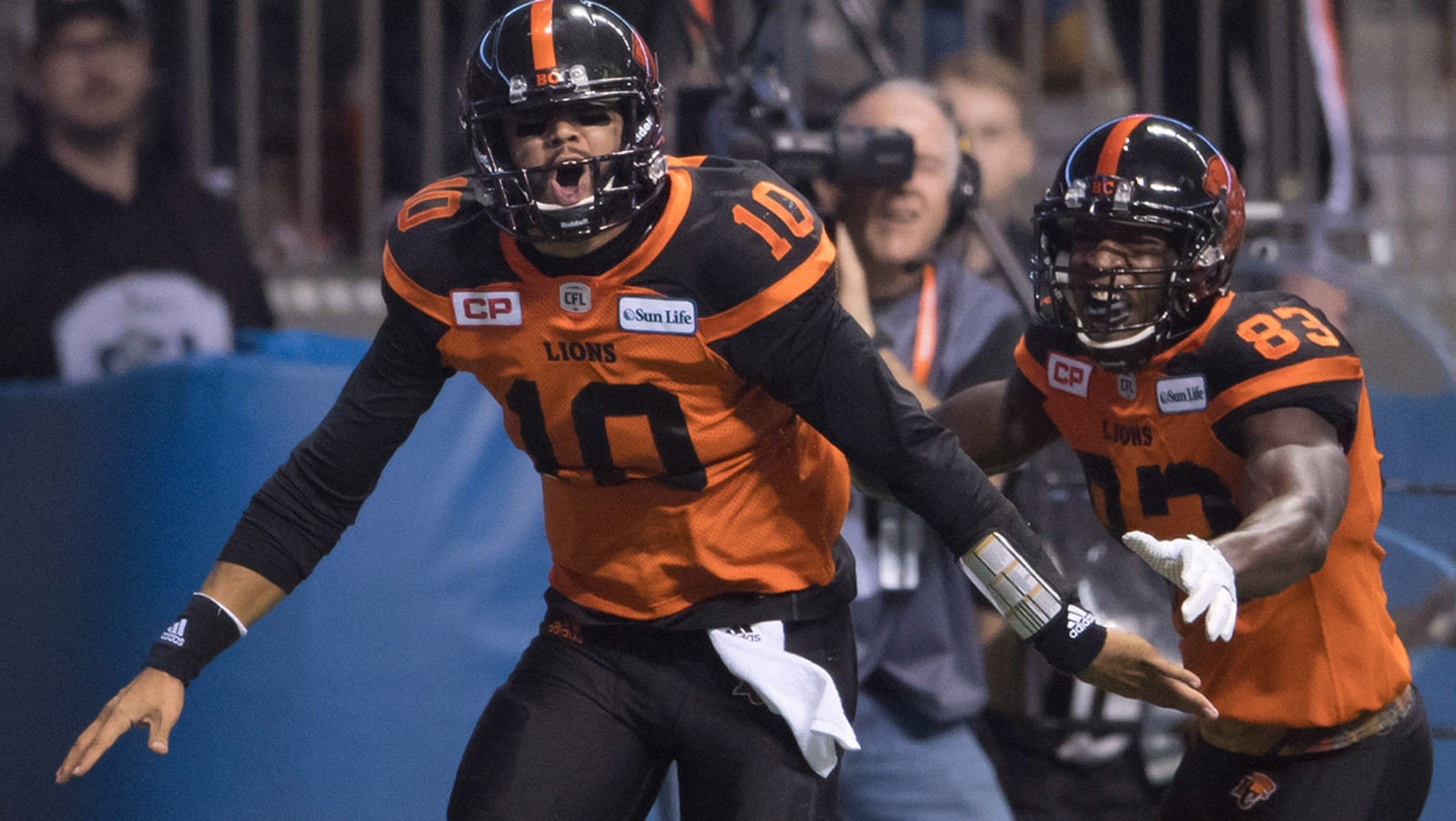 The clocks have been turned back, the leaves continue to fall and most of us are getting over the annual Halloween candy hangover. Side note: it’s amazing how much less willpower you have when you can raid your toddler’s stash.

Anyway, all of that is normal for this time of year. Where it gets different is when you check the calendar and realize we would have had Division Semi-Final weekend in the CFL playoffs. Hold up. Where the heck has the time gone?

After missing the playoffs in two of the previous three seasons, Lions fans were anxious to see this team push toward a return to the playoffs, and potentially do some damage in the month of November. Would they have been playing on Semi-Final Sunday? We’re optimistic by nature, so we’ll say the 2020 squad would have been headed for a first place finish and a bye to the Western Final… But hey, we’ll never know.

Instead, we turn back the clocks again and look back at five memorable Division Semi-Final victories in Lions history.

The Backdrop: 2008 was an emotional campaign for a Lions squad coming off its best regular season in franchise history in 2007 (14-3-1), only to stub a toe against Saskatchewan in the Western Final at home. After an 0-2 start to 2008, team president Bobby Ackles passed away suddenly at the age of 69. In the Waterboy’s honour, they rallied to win three in a row and then went on a post-Labour Day run by winning seven of nine to finish 11-7. Yet it was only good enough for third place and a trip to hostile Taylor Field for the Western Semi-Final. It would be the fourth playoff meeting against Saskatchewan in five seasons.

The Game: The Lions built a 16-6 lead before halftime, and never looked back. Buck Pierce and Jarious Jackson each threw touchdown passes, to Lyle Green and Geroy Simon respectively, while the defence made life miserable for Michael Bishop all afternoon. Ryan Phillips intercepted two passes, including one taken 54 yards to the end zone that sealed a 33-12 win over the defending Grey Cup champions. This won would also be remembered for the likes of Angus Reid, Rob Murphy and a few of the other offensive lineman raiding an end zone hot tub after the final whistle.

The Aftermath: It was Calgary’s stout defence making a difference in a 22-18 Lion loss in the following Sunday’s Western Final. The late Mike Labinjo was a thorn in the offensive line’s side, making a couple of big plays to stuff the visitors inside the two-yard line and they would have to settle for six Paul McCallum field goals on the day. It was a disappointing end to a roller-coaster season.

4. Defensive Stand Leads To Win Over The Bombers

The Backdrop: The 1970s were not a memorable decade in club history. Things took a turn 1n 1977 when Jerry Tagge and the Cardiac Kids engineered four come from behind wins to finish 10-6 and second place in the Western Division. This would set up the first home playoff game since the 1964 Grey Cup championship season. And it would be memorable.

The Game: Rain-soaked Empire Stadium was the backdrop for the first-ever playoff meeting between the Lions and Winnipeg Blue Bombers. It was a back and forth affair decided by an outstanding defensive play by Joe Fourqueran who knocked down a Ralph Brock pass in the dying seconds. 33-32 was the final.

The Aftermath: Unfortunately, the magic didn’t carry over in a 36-1 loss to Edmonton in the Western Final. Hugh Campbell’s squad, of course, would begin a run of five consecutive Grey Cup wins the next season. But the Lions provided fans with some great memories in 1977 and provided an appetizer to what would be a memorable playoff rivalry in the 1980s.

The Backdrop: 2016 was a surprise turnaround for many outside observers. The return of Wally Buono to the sidelines plus a 5,000-yard season from quarterback Jonathon Jennings helped propel the club to a 12-6 record and first home playoff game since 2011. Standing in their way was an up and coming Blue Bomber team that had prevailed in both regular season meetings.

The Game: By CFL standards, this one had it all. Jennings overcame a couple of early miscues, but the home side still found themselves trailing 31-19 early in the fourth quarter. Jennings hit Terrell Sinkfield for a touchdown to put them within five with 7:15 to go. After the defence did its job, the young quarterback engineered another brilliant drive, capped off by his own nine-yard touchdown scramble with 1:06 on the clock. A failed two-point convert attempt kept it a one-point Lions lead, but the defence held serve and forced Justin Medlock to attempt a 61-yard field goal that fell short and punched the Lions’ tickets to Calgary. 32-31 final.

The Aftermath: Calgary was far and away the best regular season team in 2016, posting a record of 15-2-1.  And it showed at McMahon Stadium in the Western Final. Bo Levi Mitchell and the Stampeders showed no rust after a week off and ran away with a 42-15 victory. For Jennings and the Lions, it was initially a gut punch but with time came more of a perspective that 2016 provided a lot of great memories after a dismal 7-11 mark under Jeff Tedford the previous season.

The Backdrop: It’s hard to believe we are approaching the 20-year anniversary of the historic Grey Cup run led by Damon Allen, Sean Millington, Robert Drummond, Daved Benefield and a scrappy bunch that was hard to beat when it mattered the most. Despite an 8-10 record and mid-season coaching change that saw Steve Burrato take the helm, they travelled to Edmonton for the start of the playoffs boasting some confidence. They also wanted to send kicker Lui Passaglia out a champion.

The Game: The Lions looked to be in good shape when Allen hit Jimmy ‘the Jet’ Cunningham for a touchdown to start the second half and they would extend their lead to 31-14 early in the fourth quarter. But hey, nothing with this 2000 squad was ever easy. The Green and Gold battled to get to within three late before Sean Fleming’s game-tying field goal attempt in the late stages went wide; his second miss of the afternoon. The Lions never trailed – and wouldn’t in either the Western Final or Grey Cup – and escaped with a 34-32 win.

The Aftermath: Complimentary football was the theme as Allen and company cruised past favoured Calgary 37-23, then took over the Stamps’ home locker room for Grey Cup week. Time of possession and the strong backfield duo of Millington and Drummond were the major cogs in a 28-26 win over Montreal. They were the first team in league history to win it all despite a losing regular season record. 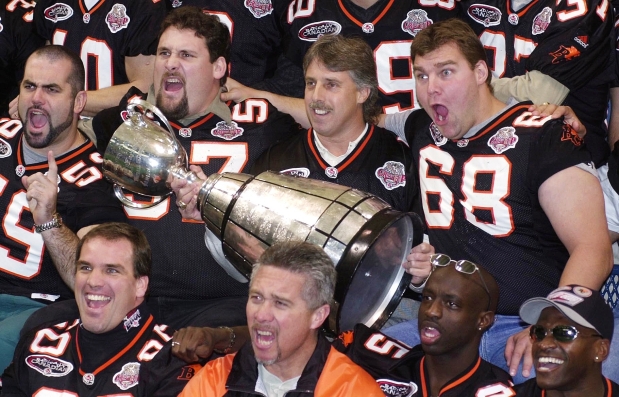 The Backdrop: Six years earlier, Allen was on the other side of this playoff rivalry. After roaring to a 7-1-1 start and hitting a bit of wall after Labour Day, the Lions finished with 11 wins that were only good enough for third place in the competitive West Division. With the Grey Cup being played in Vancouver, expectations were still sky-high regardless of standings.

The Game: Starting quarterback Kent Austin was recovering from a separated shoulder and started this one on the bench. When Danny McManus went down late in the first half, Austin was then pressed into service. Right before that, the Lions scored a touchdown off a Charles Gordon blocked punt to that helped negate a lacklustre start. Still, they trailed 23-21 when Gordon made an even bigger play. His interception of Allen at the goal line was returned to the Lions’ 40-yard line and set them up for Passaglia’s eventual winning field goal. 24-23 Lions in the first Semi-Final meeting between these two squads since way back in 1959.

The Aftermath: You know the rest. McManus and Darren Flutie did their thing to stun Calgary 37-36 the following week and Passaglia was the hero as time expired against Baltimore at home in the Grey Cup. 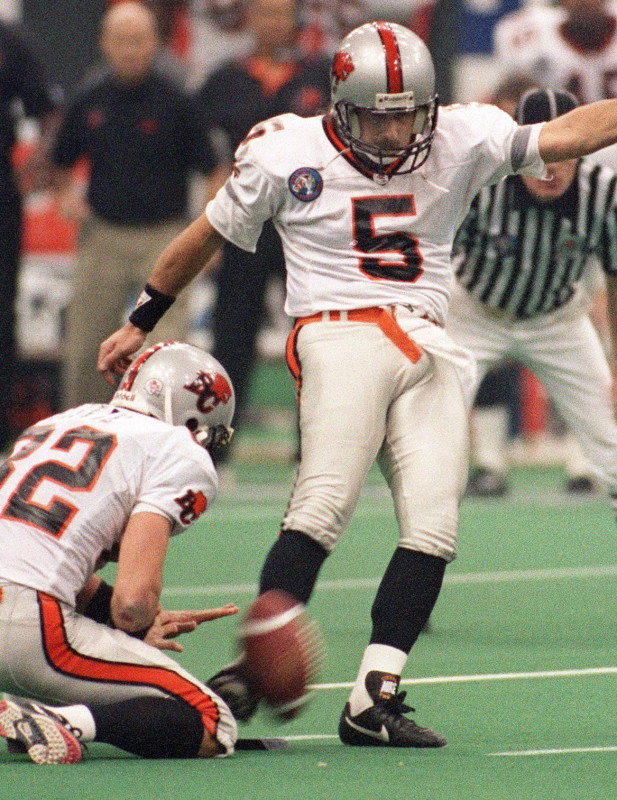 Honourable mention to the 2009 Eastern Semi-Final victory in Hamilton where Casey Printers led the squad to an overtime upset at old Ivor Wynne Stadium. The Lions have played a Semi-Final game as the Eastern crossover team a total of five times. Outside of 2009, there were losses at Montreal in 1997, Toronto in 2003, Montreal in 2014 and Hamilton in 2018 to close out Buono’s illustrious coaching career.

Everyone remembers those crazy times in the 80s when the Lions and Blue Bombers met in three straight division finals from 1983-85. They would also meet at BC Place in the 1986 Division Semi-Final, the Lions prevailing 21-14.

Here’s one from the quirky stat department. Since their inception in 1954, the Lions have only finished second in the West and had home field for the Semi-Final on three occasions. Those were the aforementioned victories against Winnipeg in 1977, 1986 and 2016.

There was a time when all playoff games before the Grey Cup were a best of three series. The only Semi-Final best of three the Lions ever played was the loss to Edmonton, a two-game sweep, in 1959. They won best of three division finals in 1963 and 1964.