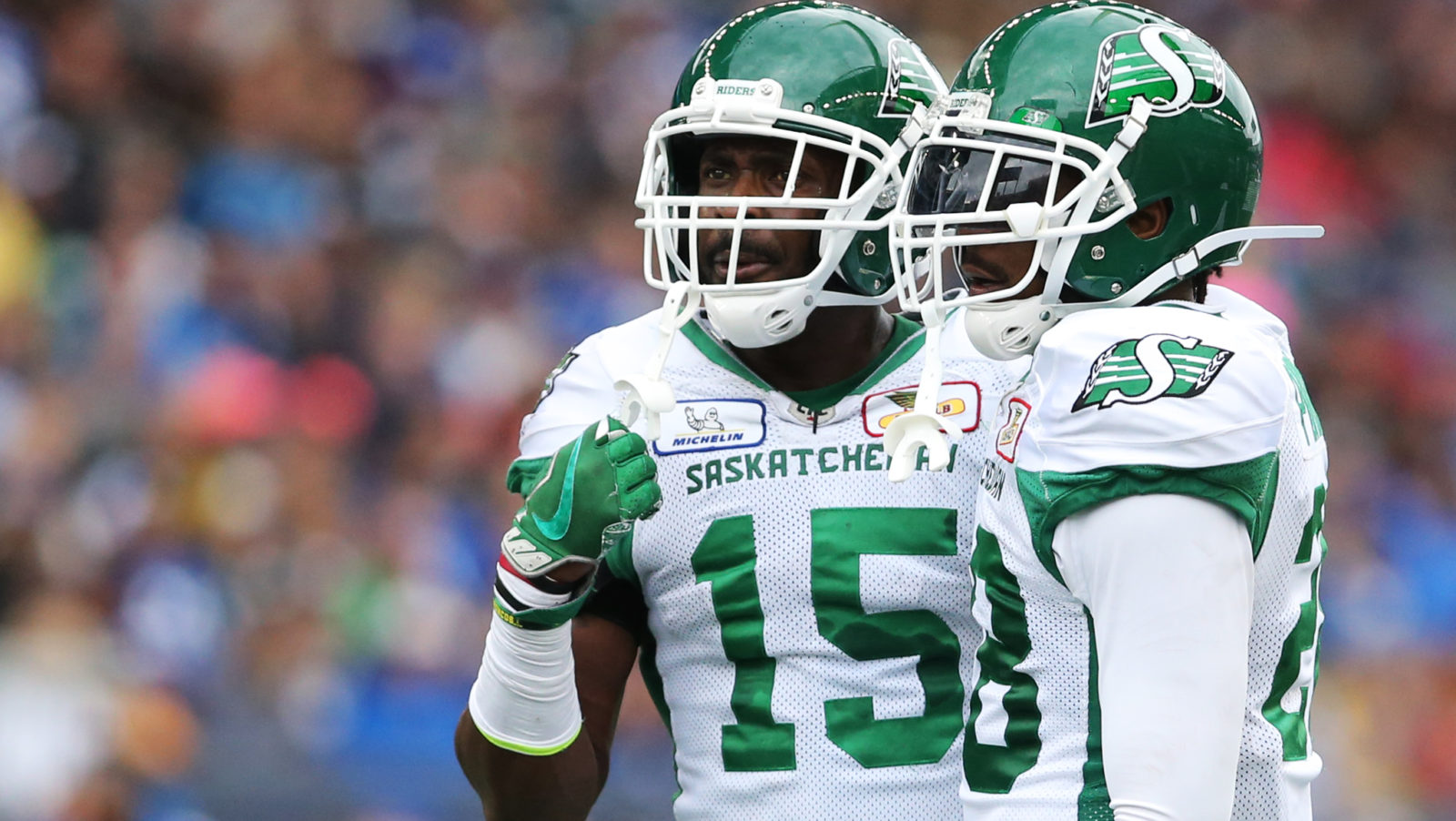 Both were eligible to be free agents on February 9, 2020.

Mike Edem will enter his fourth season with the Green and White after a 2019 season that saw him named a West-Division All-Star. The 6’1, 210 pound defensive back played in all 18 regular season games, plus the West Final, and collected 69 tackles, seven special teams tackles, three sacks and one forced fumble, knocking out the best season of his career.

Edem was selected by the Montreal Alouettes in the 1st round (3rd overall) of the 2013 CFL Draft. After three seasons in Montreal, Edem was acquired by the Hamilton Tiger-Cats in October of 2015. He went on to spend 2016 with the B.C. Lions before joining the Riders via trade in spring of 2017.

Jorgen Hus has played in 81 career games for the Green and White making 15 career special teams tackles and one defensive tackle. He is entering his sixth CFL season, all of which have been with the Riders. The 31-year-old Saskatoon native was initially selected by the Edmonton Eskimos in the 2013 CFL Draft, but the Riders acquired his rights prior to his 2015 signing. Before returning home to Saskatchewan, Hus (6’1–230lbs) spent time in the NFL with the St. Louis Rams, Seattle Seahawks and Kansas City Chiefs.

Off the field, Hus is committed to the province he grew up in and works closely with the Red Cross and the Saskatchewan Roughrider Foundation.