Steinberg’s MMQB: ’21 Draft set to be more interesting than ever 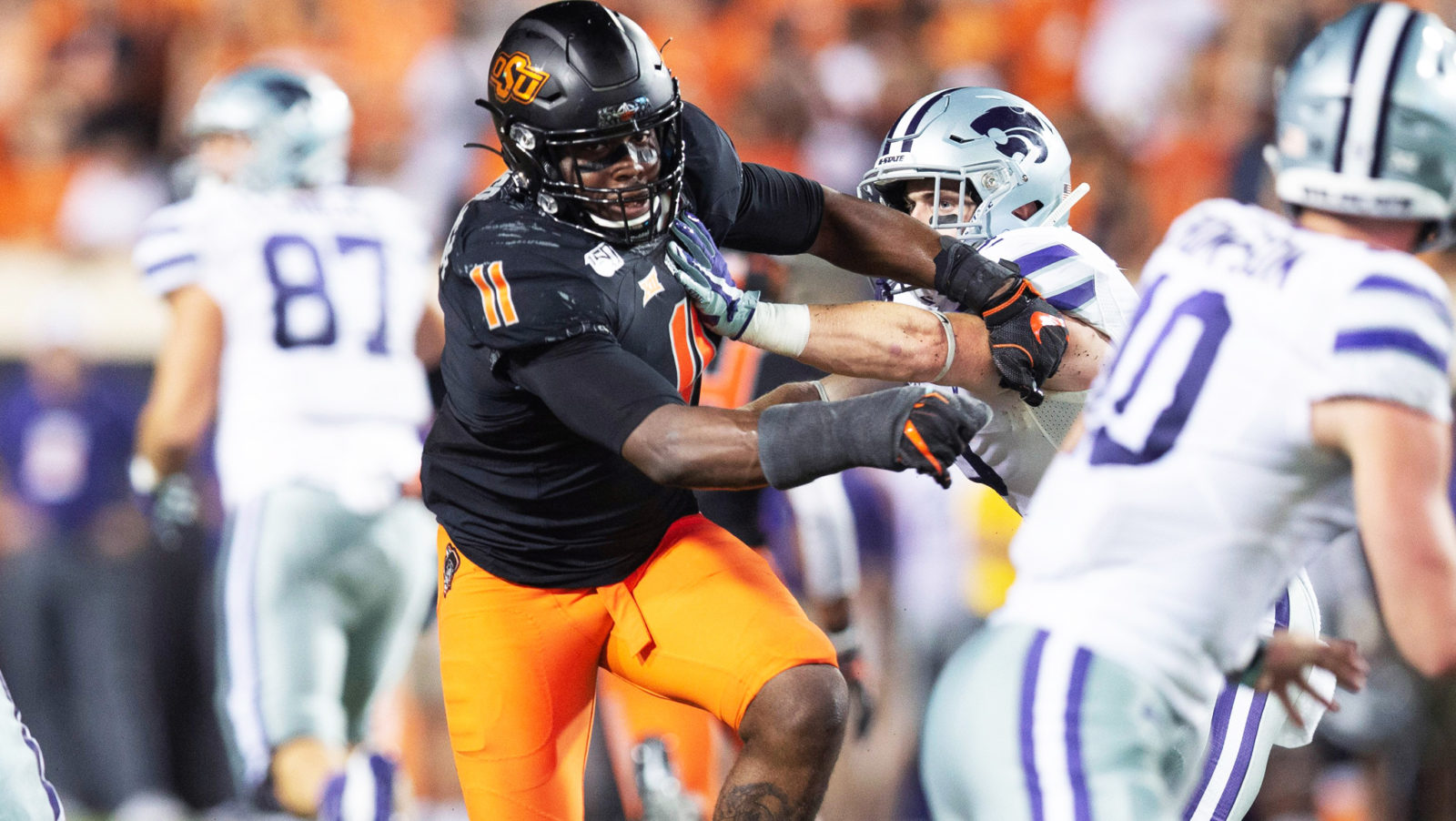 Steinberg’s MMQB: ’21 Draft set to be more interesting than ever

It has become even more clear over the last week the 2021 CFL Draft is going to be the most interesting one we’ve ever seen. The CFL Scouting Bureau released their winter rankings, which give us some real insight into what the draft order might end up looking like. Additionally, news about this year’s combine adds an important wrinkle to how things will play out.

Even before these news items last week, I was pretty convinced this was going to be the most fascinating draft we’ve seen. The league had already announced a random order and a snake format for 2021, owing to the fact teams didn’t get any on-field action the last calendar year. With the latest pieces of news, though, the countdown for this year’s event is on.

The Scouting Bureau’s Winter Rankings had some interesting notes to dissect. More than anything, you’ll see a heavy concentration of NCAA prospects, and understandably so. While U SPORTS wasn’t able to run a 2020 season, many conferences south of the border went through with some sort of a schedule. That gave CFL front offices and scouting departments recent film to go off of.

We had two debuts in the top five, highlighted by Sherwood Park’s Chuba Hubbard (RB, Oklahoma State). He and teammate Amen Ogbongbemiga, another Alberta product (Calgary), are ranked third and fourth respectively, although we know the CFL’s final draft order rarely mirrors the bureau’s rankings. Coquitlam’s Jevon Holland (DB, Oregon) debuted at five; he didn’t play this season after opting out to prepare for his professional career.

16 of the top 20 spots on the winter rankings are occupied by NCAA products, a number aided by the 100+ Canadian college players who opted to defer their draft year to 2022. Four players who didn’t defer, however, still cracked the rankings despite not playing last year.

Montreal offensive lineman Pierre-Olivier Lestage ranks highest amongst U SPORTS players at number ten, while lineman Logan Bandy (Calgary, 16th), defensive back Nelson Lokombo (Saskatchewan, 19th), and lineman Bryce Bell (Laurier, 20th) round things out. All of them are in interesting spots having declared for the 2021 Draft despite having not played since late 2019.

“I think it was the best decision for me,” Bandy said last week. “I think that I’m ready, I’m prepared, and it’s the best opportunity for me to go and achieve my dream of playing pro football. So that’s the way I looked at it.”

For U SPORTS products who have declared for 2021, the CFL Combine presented by New Era becomes that much more important. Unlike their NCAA counterparts, guys like Lestage and Bandy don’t have recent tape, which makes their combine opportunity absolutely crucial.

We found out last week the 2021 Combine is going to be held virtually, for reasons we all understand. But despite no in-person viewing for scouts and executives, this is going to be a more even playing field than what we saw last year. Remember, the COVID-19 pandemic started right as the 2020 combine season was starting and only certain players were able to participate in the one regional event that went forward.

One year later, everyone is on an even playing field. There has been ample time to plan and map out the best possible way to get this done. So while prep for the 2020 draft was very much thrown together last minute due to shock adjustments of a worldwide pandemic, this year allows for more information for CFL teams.

Because of how starved we are for football in this country, I find myself fired up about almost every single piece of news we get on a daily basis. With the 2021 CFL Draft just a few months away, what we learned this week only adds to the intrigue.

Speaking of excitement and optimism: that seems to be the theme here in late January when it comes to a 2021 season. Of course, nothing is guaranteed during this uncertain time, but it feels like a quiet confidence exists about running a successful campaign starting in June.

“Here’s our bottom line: we plan to play CFL football this year, and lots of it,” wrote Commissioner Randy Ambrosie in a letter to fans on Friday.

“We’re watching closely the pace of the virus, and the progress of the vaccination efforts. And they will ultimately affect our ability to get our great players back on the field and our wonderful fans back in the stands. We’re in constant communication with medical experts. We’re working to be ready when public health officials give us the green light. But we are determined to play.”

Ambrosie was one of two league figures who provided updates about the coming season late last week. Joining him was Edmonton Football Team CEO Chris Presson who added some context about what’s happening behind the scenes. In an exclusive interview, Presson confirmed how much work has been done since the league cancelled the 2020 season.

“We work on it every day,” Presson told 630 CHED’s Morley Scott. “We have weekly phone calls. We talk about it. We share plans across the league. We have our return-to-play plan written and we’ve had it written for quite some time.”

Most interesting is what Presson had to say about the possibility of fans in stands. As Commissioner Ambrosie mentioned, the vaccine rollout has begun in Canada. That will have a massive impact on the ability for teams to allow in-person attendance this season, even if it’s limited to start.

Presson discussed modelling from ten percent capacity all the way to full buildings and what each scenario would like. He also mentioned different revenue streams for teams to explore in the event they aren’t able to maximize their main source of cash flow: fans.

All of this is encouraging for me, as it gives off the feeling the league has plans in place for a number of eventualities. So much of this remains completely up in the air, but the fact we’re not hearing definitive statements like “there must be this in place for us to play” is positive.

We’re still living in a messed up time, which is why nothing is set in stone. But the recent buzz from the league is promising and allows for realistic optimism. We’re not out of this thing yet, but a 2021 CFL season is definitely something palpable to look forward to.