O’Leary: Als hope local flavour will pay off on the field

O’Leary: Als hope local flavour will pay off on the field

On Wednesday, the Montreal Alouettes made the announcement of a homecoming.

In the second day of free agency, the team pulled in five Quebecers, bringing them back to continue their CFL careers in their home province. It was an impressive haul of players that had either suited up for GM Danny Maciocia when he was on the sidelines for the Montreal Carabins or that had come up through the local minor football systems and played their U SPORTS ball in Quebec.

Since he took the GM job a year ago, Maciocia has been clear about his fondness for local content and what he thinks it can do for the Alouettes. 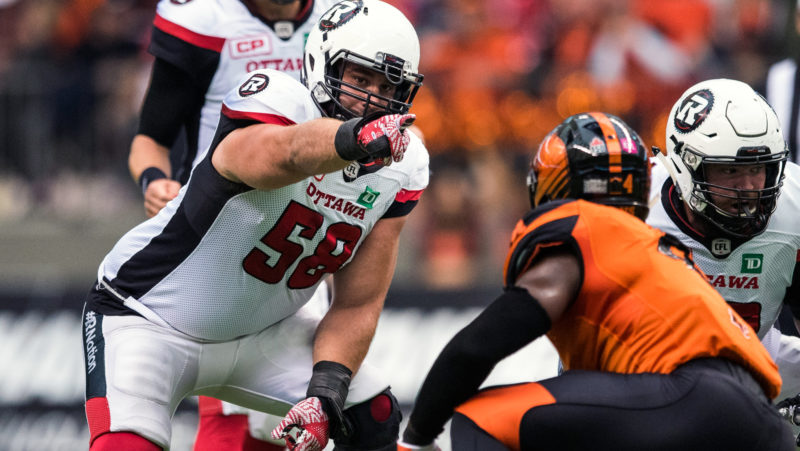 Jason Lauzon-Seguin was a CFL East Division all-star in 2017 and won a Grey Cup with the REDBLACKS in 2016 (Jimmy Jeong/CFL.ca)

“The pool of players that come out of this province that are able to earn a living at the next level…every football team (in the CFL) has got some kid that played here and had success here that’s on their roster,” Maciocia told me after he’d been hired in January of 2020.

“So the question becomes how do we keep these homegrown players in our backyard? That’s something that we’re going to have to do a better job with as far as the scouting department is concerned.

“More importantly, once you develop relationships with these institutions and these head coaches, they’re going to keep you abreast of what’s going on. They’d love to see these players stay home and have success for their local team.”

Maciocia took that philosophy into last year’s free agency and into the CFL Draft, where five of his 10 draft picks came from Quebec schools. The signings of long snapper Pierre-Luc Caron, linebacker Alexandre Chevrier, receiver Regis Cibasu, defensive back Kerfalla-Emmanuel Exume and o-lineman Jason Lauzon-Seguin at this point should come as no surprise.

“We have always said that it is important for us to give our local players the opportunity to proudly wear the Alouettes’ uniform,” Maciocia said on Wednesday.

“Today, on top of giving them just that, we have acquired talented players that will make our team better.”

The talent doesn’t stop when you look at the non-Quebec players on the roster, though. The Als loaded up on defensive players on Tuesday, highlighted by the signing of veteran defensive tackle Almondo Sewell. His signing was announced with the arrival of linebacker Chris Ackie, defensive back Patrick Levels and d-linemen Nick Usher, Woody Baron and Michael Wakefield.

Passports and provincial places of birth aside, it was a defence-focused free agency for Maciocia and just a couple of days in, he’s gone aggressively in that direction. That Als team of 2019 that shocked the league will be an intriguing one in 2021. It also has its key offensive pieces there, with Vernon Adams Jr. at quarterback, RB Will Stanback rejoining the team in December and receivers like Eugene Lewis, Jake Wieneke, Naaman Roosevelt and B.J. Cunningham, playing with a big, beefed up offensive line. It gives Khari Jones, one of the most promising coaches in the league, a lot to work with.

“We need a feel good story in this city,” Maciocia said on Tuesday.

“We think with their presence that they can offer on and off the field, we can give ourselves a chance to compete to win a championship.”