Nye: A sneaky good FA21 signing for every team 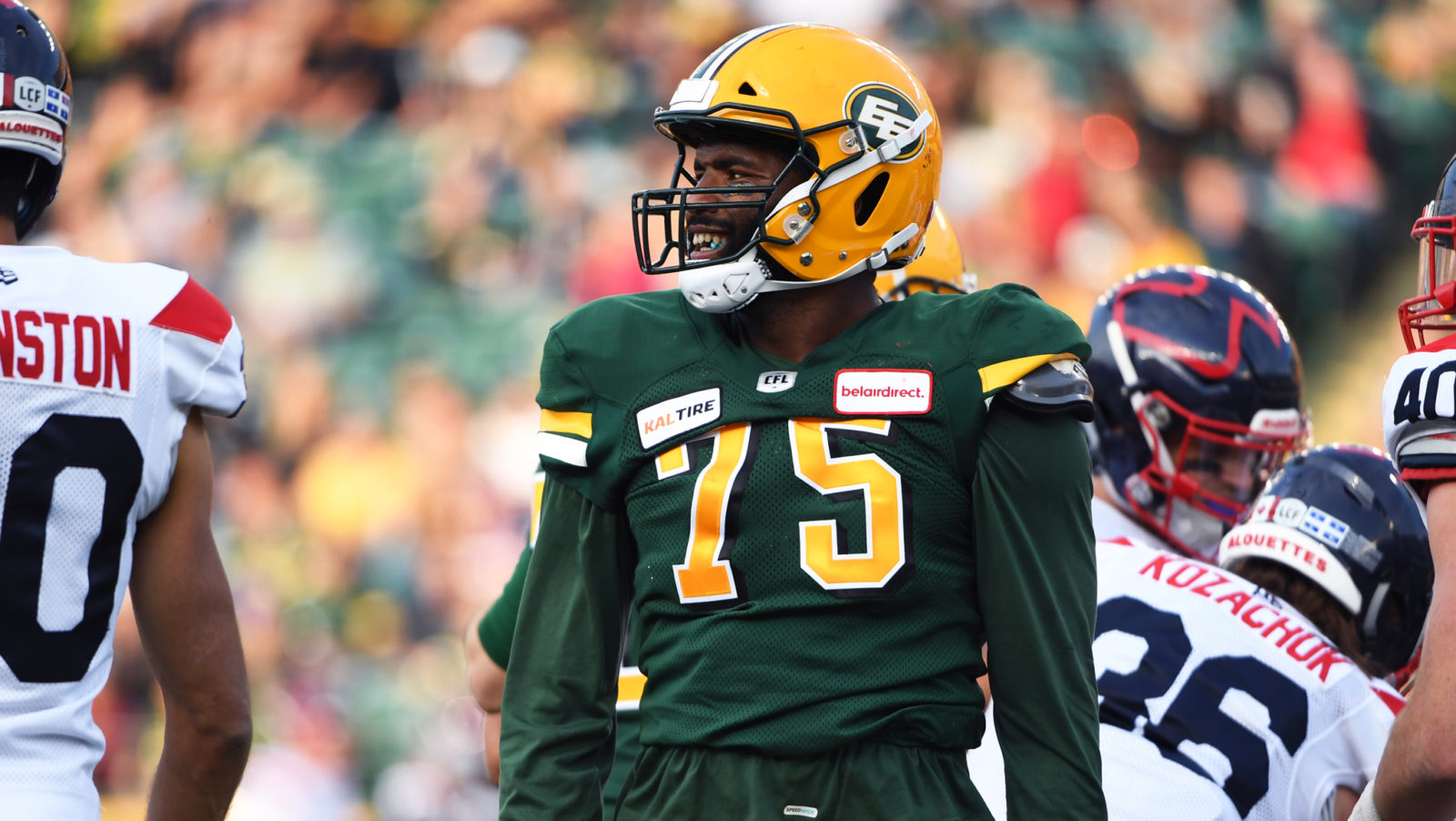 Nye: A sneaky good FA21 signing for every team

CFL free agency is always a great time to sit back and watch the drama!

Alouettes getting some familiar faces back under their wings with Chris Ackie and Patrick Levels.

Those are some of the big headlines deals done, but I always like going through those under-the-radar signings.

The ones that make you say quietly to yourself, ‘oh, that’s a sneaky good signing.’ They aren’t front page news but they help a team solidify depth or special teams or they may be the next rising star.

I’ve come with examples of those sneaky good signings for each of the teams, because it would be rude to leave anybody out. Here they are, from West to East:

I may be cheating on this right out of the gate, but the Lions did a tonne of work rebuilding their roster last year during free agency, especially on the defensive side.

So they were quieter this year but when you only have 500 yards rushing in your first two years in the CFL, you’re hardly a household name. Late in 2019 Shaq Cooper started to appear to be the next great one coming out the backfield and the Lions snatched him up this time around.

He’s probably the biggest name you’re going to find on this list, but with almost 400 yards in just five games last time out, the Lions aren’t taking much of risk of landing the next potential CFL rushing leader.

There are three pivotal spots on special teams: Snap, hold and kick.

The Stampeders took care of the snap with the signing of Aaron Crawford after the Tiger-Cats released him ahead of free agency. 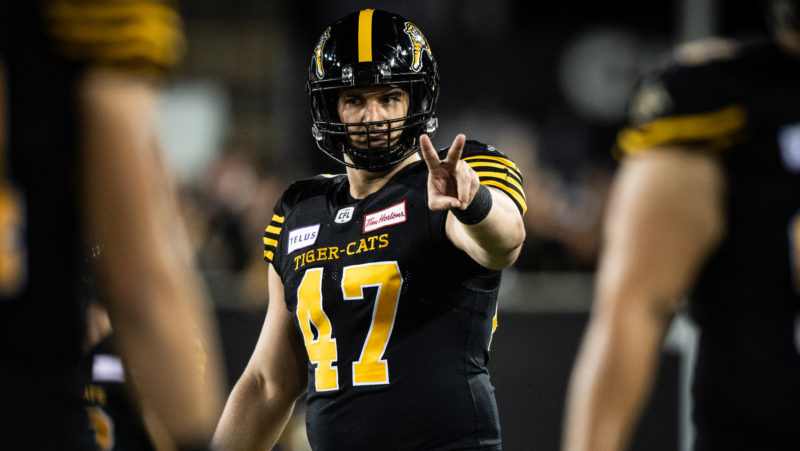 After the Ticats released him, Aaron Crawford signed a deal with the Calgary Stampeders (Johany Jutras/CFL.ca)

Once you have a long snapper that is as dependable as Crawford, you want to hold on to them as much as possible. And when one comes available and you need one, like the Stampeders did, you ‘snap’ them up.

That’s the thing about this signing. Odds are you’re barely hear Crawford’s name mentioned on the broadcast. And that’s a good thing! The joke among long snappers is the only time they get air time is if they screw up.

The signing that jumped out to me is Kevin Brown II. The underrated Ottawa linebacker comes in combining for over 70 tackles split between defence and special teams over the last two years and with the departure of a few linebackers since 2019, like Jovan Santos-Knox and Larry Dean, the 27-year old, fourth-year CFLer can take another step.

He’s a player Brock Sunderland would have scouted in his time in Ottawa, the GM will know what the ceiling is for Brown. I always love to see a team take a player who has flown under the radar and potentially jumps into a massive role for the improving Edmonton Football Team.

The idea for this piece came the moment the Riders signed Francis because he gave the me the ‘oh, that’s a sneaky good signing.’ I wanted to write about how under appreciated this signing could turn out for the Roughriders, especially with a few Canadians who have contributed on special teams departing.

If Francis can stay healthy in his fifth season with the Roughriders, he’ll definitely fill the holes left behind on the special teams. He’s always one of the first guys down field. Francis was one of the offensive players Chris Jones converted to defence and has still been trying to get comfortable but a veteran presence, who has the body type, at six-foot-five and 220 pounds, that can move from linebacker to safety and be a very creative option for Jason Shivers, if he does want to rotate him in on the defensive side of the ball.

OK, we can’t load this up with long snappers but with the savvy veteran Chad Rempel not re-signing and as I wrote about Aaron Crawford, you need a reliable guy to get the ball back to the kickers.

The local Winnipegger returns home after bouncing around the CFL for the past few seasons. The signing will ease Mike O’Shea’s mind that the special teams coordinator and head coach won’t be scrambling to find someone to replace one of the best long snappers the CFL has had over the last decade.

I mentioned the Edmonton loss of Jovan Santos-Knox and I feel like this can be classified as an under-appreciated signing because after an 80+ tackle season in 2018, Knox was injured in 2019 and seemed to fall down the list of top free agents in this class.

I think what we saw in Winnipeg in 2018 was exactly what the Tiger-Cats will need as a steady presence but a player that flies around the field.

And remember, he added six sacks that season and with the Tiger-Cats defence enjoying blitzing from anywhere, Santos-Knox has shown the ability to sniff out the quarterback.

OK. Has there been an under-rated signing in Toronto?

They’ve been making headlines for the last two weeks with the trades and signings of some recognizable names in the CFL including Charleston Hughes, Cameron Judge, Odell Willis, Eric Rogers, Cordarro Law, Nick Arbuckle and John White. 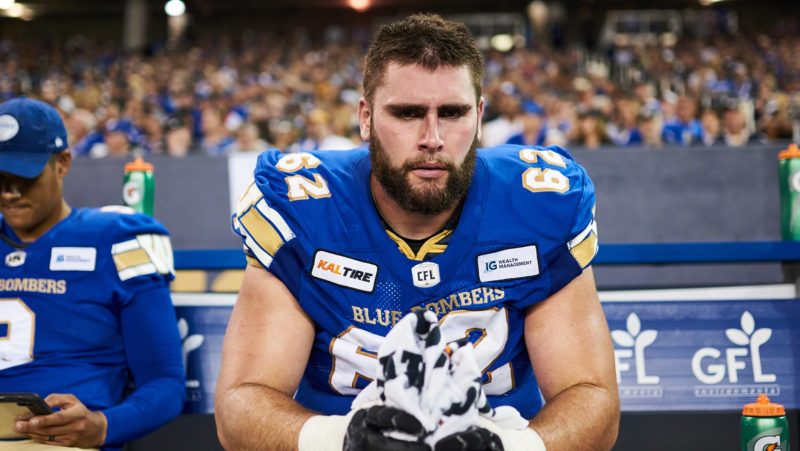 Cody Speller was traded to the Argonauts from the Blue Bombers earlier this year (BlueBombers.com)

So to answer the question. No. There’s no under-rated free agent signings in Toronto.

As for the biggest under rated move, I’ll cheat with the trade and signing of Cody Speller, who was to be a free agent from the Bombers.

Being bold ahead of free agency to ensure they got their hands on a good interior offensive lineman and potential decade long centre is going to pay off. Especially after Sean McEwen left to Calgary a year ago.

Davon Coleman was barely mentioned going into free agency as he has been out there for over a year. He was an All-Star in 2018 with the BC Lions and the player Toronto got for Shawn Lemon in 2019.

Maybe it was the fact Toronto wasn’t that great of a football team in 2019, but Coleman arrives in Ottawa with a tremendous amount of talent. He’s a hard nose tackle to move and a big plug up the middle for the Ottawa defence.

He shouldn’t be under-appreciated but he seems to be, as not much noise was made about Coleman when the REDBLACKS signed him in the week leading into free agency.

The Montreal Alouettes, as noted above, added Chris Ackie and Patrick Levels to their defence. It was clearly the objective of Danny Maciocia to bring up the talent on defence.

Almondo Sewell, the perennial All-Star defensive tackle, should provide some leadership on that side of the ball.

But the pass rush improved on day one of free agency when the Alouettes signed defensive end Nick Usher. Usher’s six sack season in Edmonton in 2019 got the attention of the NFL where he attended training camp with the Las Vegas Raiders.

Usher was sitting and waiting for more NFL opportunities but when those weren’t coming up, the Alouettes signed a 26-year old defensive end that looks like he has a lot of potential to grow those six sacks to double digits in the years ahead.