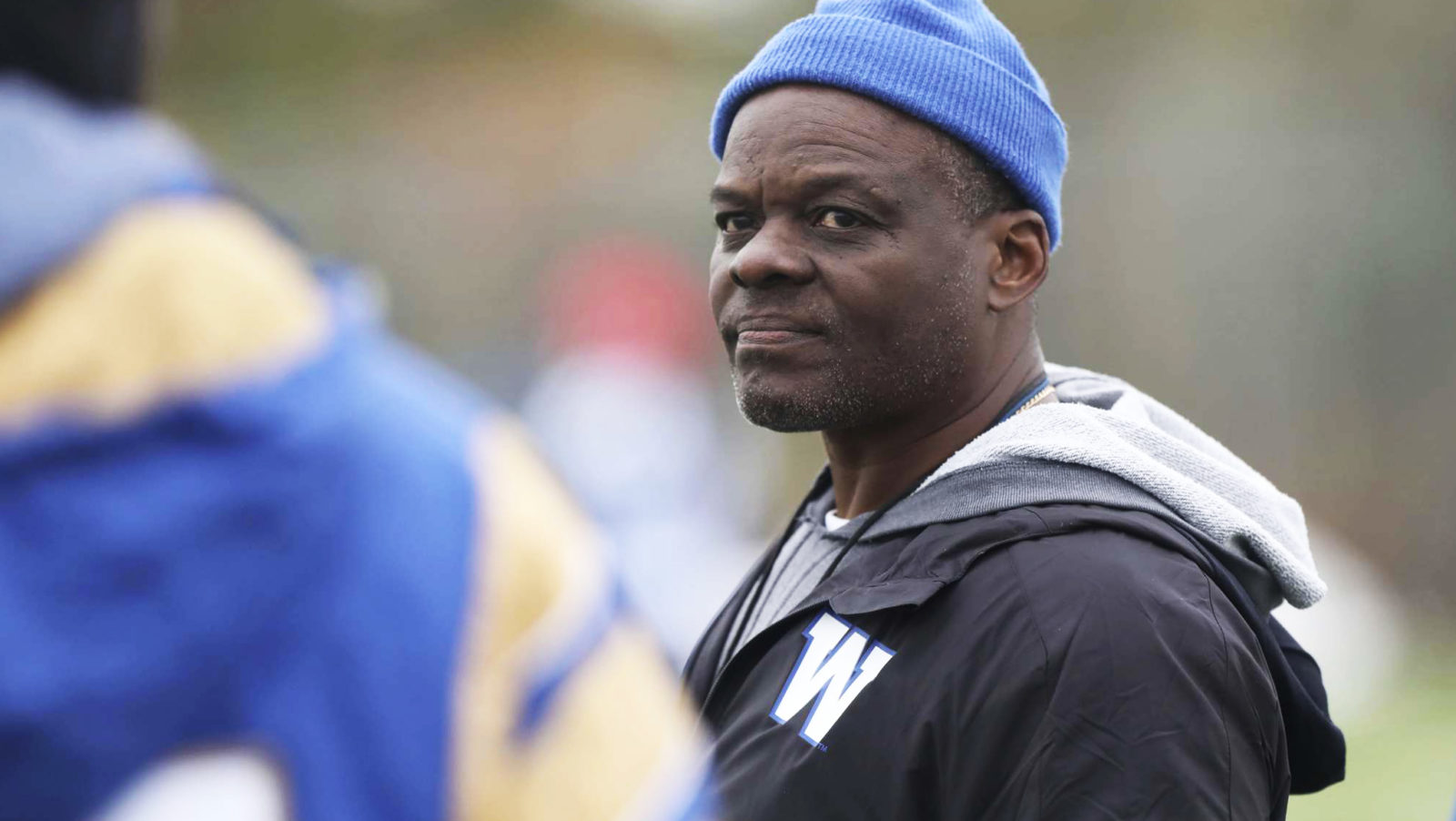 In a football world dominated by towering oak trees, the five-foot-six, 155-pound Hall was a sapling but still managed to play nine CFL seasons as a defensive back and punt returner for the Calgary Stampeders and Saskatchewan Roughriders.

Since his playing days ended, Hall has enjoyed a successful career as defensive coach with the Riders and Winnipeg Blue Bombers plus spent two years as head coach in Edmonton. Even then Hall believes he had to work harder to prove himself.

“I’ve overcome odds in everything in my life it seems like,” he said.

“Me, being a black man going out there and competing in the world, I have to do something special that separates myself from my competitor. That’s what has always propelled me. As black man, do I stand an equal chance from the get-go? No, I don’t think so, because society isn’t controlled that way. Society is controlled by the white man. For me, I have to go there, and I have to be better. I have to do something that separates myself from other people, whoever they are.”

It would be easy to paint Hall as being bitter or frustrated. He’s actually the opposite, happy and enthusiastic about life.

“I try to control what I can control, go out there and do the best I can and understand that I don’t have the final say regarding if they hire me, if they don’t hire me,” said the 60 year old who was a walk-on player at Colorado State University, where he majored in social work.

Hall has taken the opportunity and coached 468 games, making him the active leader in the CFL.

“The funny thing about it, I never had a desire to coach professional,” he said. “I was wanting to work with kids. I knew I wanted to coach but I always thought that I would coach high school and maybe college.

“That’s kind of where I saw my life. It kind of took a detour.”

Hall’s defence played a major role in the Bombers winning the 2019 Grey Cup. During the regular season Winnipeg was fifth in points allowed (409) and second in forced turnovers (45) and interceptions (24).

In three playoff games the Bombers allowed just 39 points. In the Grey Cup, a Hamilton Tiger-Cat offence that led the league in scoring with 551 points was held to 12.

“It’s not so much what we devised, it’s what the players did,” said Hall. “They executed their responsibilities, they played at a high level. I wouldn’t say they were perfect, but they were near perfect in everything that they did.”

Hall said there’s no easy answer for what makes a good coach. Being able to communicate with the players is important. So’s respect. The players don’t have to like you, but they must be willing to play for you.

“I’m able to communicate to the players that I’ve been around,” he said. “For what ever reason they’ve always played hard and worked hard for me. I listen to them. I don’t know everything, but we were able to find out what’s the best situation for us.”

Hall doesn’t buy into the notion that today’s athletes have to be treated differently than those in the past.

“I still treat them the same because I don’t think I have changed,” he said. “I’ve adapted.”

Hall doesn’t believe in swearing at or belittling players. He wants discipline but understands rules should be guidelines, not harnesses.

“Like a schoolteacher, you adapt yourself to the students you have,” he said. “I’ve always been flexible enough (that) it’s not so much my way or the highway.  It’s my way, but how can we integrate my way in the way that you do things to make it what’s best for the situation.”

Hall began his CFL career with the Stampeders in 1983 and was named a CFL All-Star with four interceptions and two fumble recovers. He also returned a punt for a touchdown. He was traded to Saskatchewan in 1988, where he won a Grey Cup with the Riders in 1989 and received the Tom Pate Memorial Award in 1990.

Hall was released by the Riders after the 1991 season. Having graduated with a social work degree, he found work at a Regina school for high-risk kids and coached high school football. 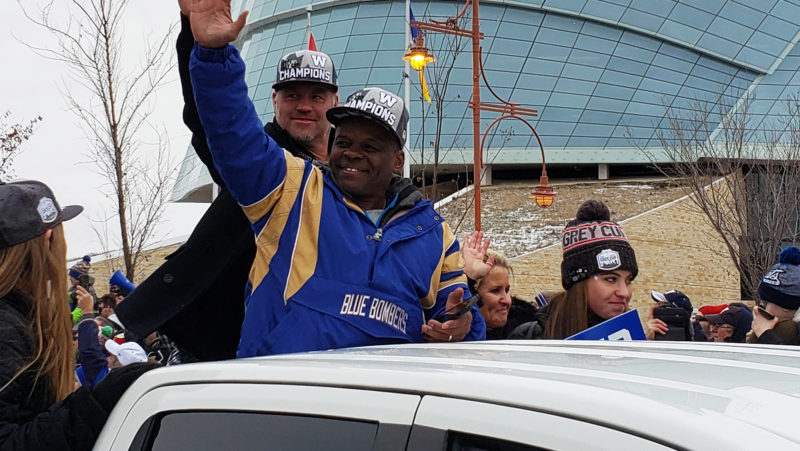 “They’re all special but they all have different meanings,” he said.

The 2019 Cup ended a 29-year drought in Winnipeg. It also followed the death of Hall’s brother who died suddenly in October.

“He would have been very happy for what we accomplished,” said Hall.

Many coaches lead a nomadic life. Their resumes can read like a road map.

Hall considers himself lucky having spent his career in three cities.

“I’ve been around a lot of good people and a lot of great players who have played hard for me,” he said.

“I could never in my wildest dream think . . . I would still be coaching in 2021. When you look at the coaches, they come and go. There’s a lot of good coaches that are no longer coaching for what ever reason. I’ve been blessed to still be here.”