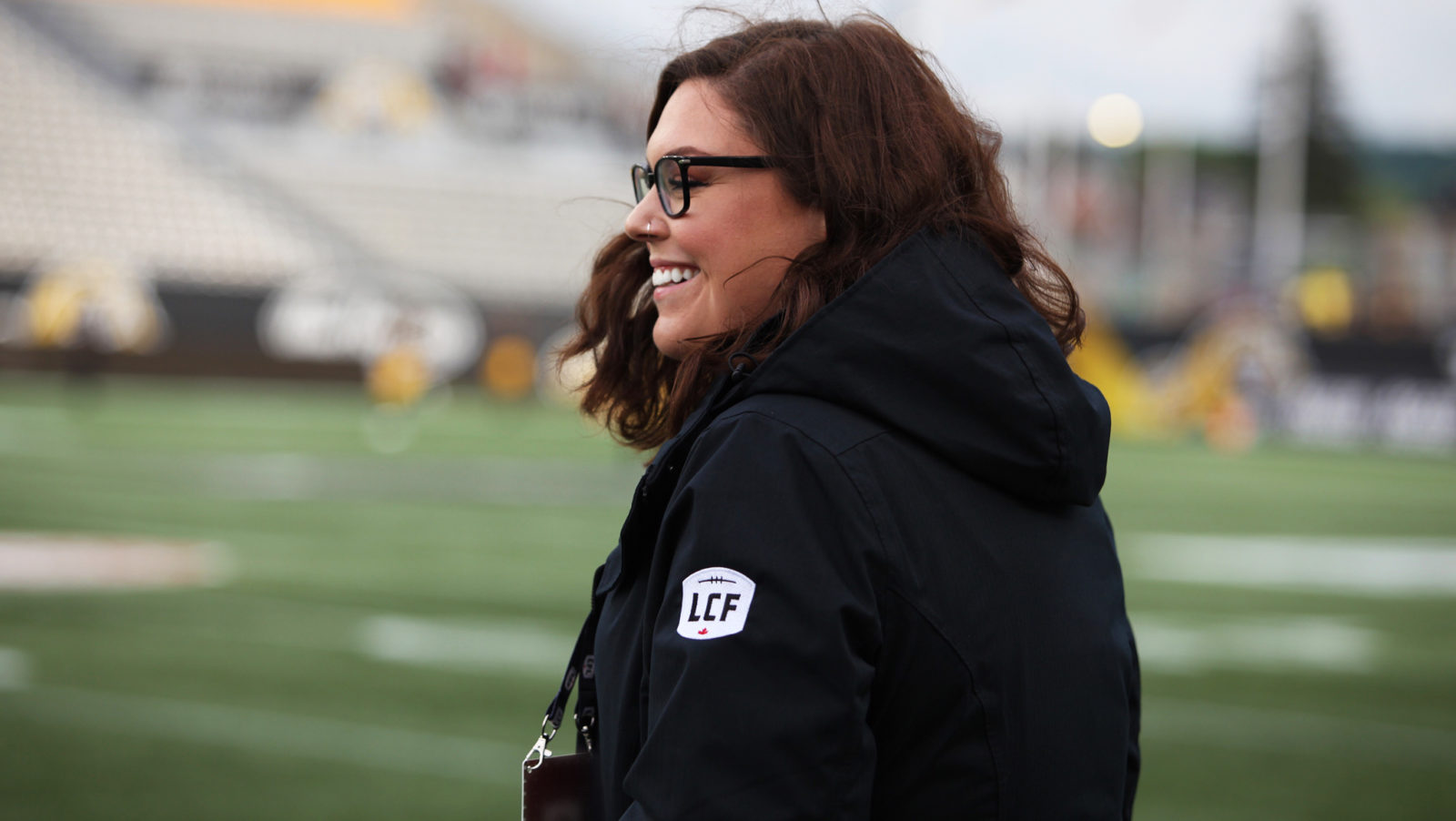 Had you asked Kristina Costabile in the early 2010’s what she saw herself doing in ten years, you can bet it wasn’t what she’s doing now. The current Deputy Editor of CFL.ca started her career path in nursing school, which isn’t a typical prerequisite for running one of Canada’s largest sports websites. On this International Women’s Day 2021, I can’t think of a better person to shine the spotlight on.

We’re still in the midst of a global pandemic and the CFL hasn’t played a game since November 2019. And yet, have you seen a noticeable decline of fresh, original content from this website over the last 15 months? I know I certainly haven’t. I can speak with knowledge that much of that credit belongs to Costabile.

“My day-to-day consists of so many things,” Costabile told me from Toronto. “Meeting with our content team to discuss the weekly cadence of storytelling. I pitch ideas to freelance writers for what I think we should be covering that week and then edit and publish their work. I put together the content schedule for our team for the week, making sure it’s balanced between all nine teams. I also manage a team of about 10 freelancers (writers, photographers, etc.) and work games during the season.

“I write my own stuff as well.” 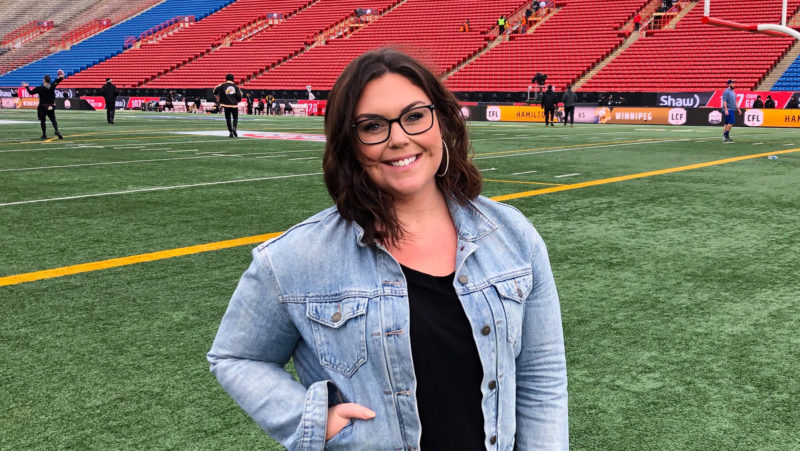 I’d need multiple hands to count the amount of times Costabile has gotten me out of a writer’s block. She pitches ideas my way on a regular basis, which has saved me from staring blankly at a screen on many occasions when inspiration was hard to find. That has been true ten-fold without games to write off for the last year and a bit.

Knowing how well content is driven at this website, it’s hard to believe Costabile didn’t always have her eye on this type of position. A sports fan her whole life, Costabile jumped into nursing school as her first foray into the working world.

“I loved science so I thought working in healthcare would be the way to go. Unfortunately, it wasn’t the right fit for me, but it was for the best because I decided to combine my love for sports and writing and got into journalism school.

“I originally wanted to work in hockey. That was the case until I covered my first year with the Canadian Junior Football League’s Hamilton Hurricanes and it completely changed my idea of what I wanted to do. That year the CFL and CFJL had a partnership and there was a day where after a Ticats game, the Hurricanes would hit the field and fans could stick around to watch. I got to Tim Hortons Field early and the entire Hurricanes team and I got to stand on the sidelines and watch the second half and it was one of my favourite experiences, ever.”

Costabile had grown up watching Tiger-Cats games with her dad, but had never been that close to the action. From that point on she was hooked and kept her eye on the prize while breaking into the industry at Mohawk College in Hamilton. Costabile did internships all over the place, working in junior football, hockey, baseball, and more. But getting to the CFL was the ultimate goal.

“I remember watching the Grey Cup in 2015 with my dad and I had sent a tweet saying: one day I’ll be reporting at the Grey Cup #CareerGoals. And then the very next year I was on the sidelines in Toronto ready to work my first Grey Cup.”

Looking up to accomplished sports personalities like fellow CFL authority Sara Orlesky and Andi Petrillo, Costabile says she feels incredibly proud to have gotten to a point where those career influences are now colleagues.

“I’m not one to brag and boast about myself so I sometimes forget to pat myself on the back for what I’ve accomplished. I’m also just really proud to be working for the CFL in general, woman or not. This league means so much to so many people and to be a part of that is something I really value and appreciate so much.”

CFL.ca has been pumping out regular content throughout a pandemic that caused the league to cancel an entire season. With all Costabile has learned and adapted to over the last year, imagine where this thing could go when CFL football returns later this year.

Saying goodbye to the big man

There was a time not all that long ago when TSN and Sportsnet weren’t sworn frenemies. You only have to go back a little less than a decade for when I had the chance, while working at a Sportsnet radio station in Calgary, to interview TSN’s Chris Schultz ever single week on our Football Friday program. It seems foreign now…but this was actually a thing. 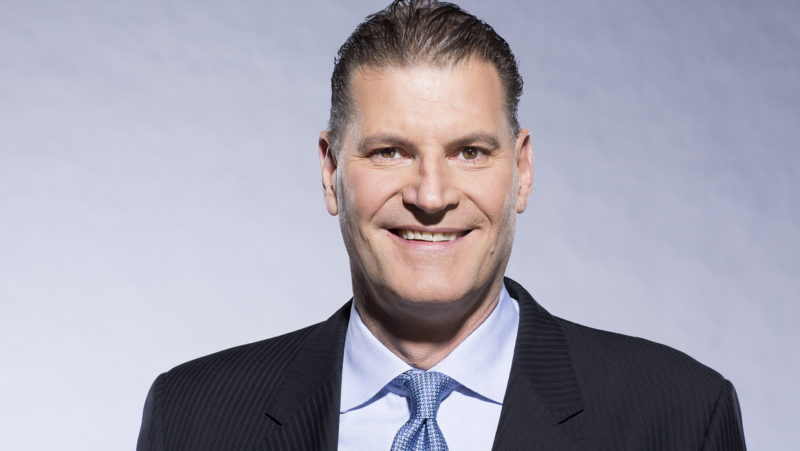 Schultz will be terribly missed by many including the CFL community (Photo: TSN)

Schultz was our regular CFL Insider and Friday’s were always a day I looked forward to as a result. For a sports talk radio host, Schultz was the perfect guest: opinionated, well spoken, conversational, and completely dialled in. It’s that final point that seems to be the biggest theme since Chris’s shock passing late last week.

We’ve heard countless stories of how tirelessly Chris researched, prepared, and worked at honing his craft following his playing career. I have numerous examples of times when Schultz didn’t miss a beat when I threw him a curveball or asked him about a lower profile player.

Without naming names, I remember asking Schultz about an obscure third-string Calgary Stampeders quarterback in a question I still feel bad about to this day. I unintentionally set the guy up to look bad in asking about a guy that very few people could speak knowledgeably about. It turns out I asked my bad question to the right guy.

Schultz gave a two-minute answer about this player’s college career, his path to the CFL, and his ability to move the pocket with his quickness. It blew my mind at the time, as I had immediately felt bad for potentially sewering one of our regular guests. Instead, Chris didn’t blink an eye and gave a typically outstanding answer. I still remember it to this day.

I started watching Schultz on Friday mornings doing Risky Business on TSN before going to school…and before I knew what -3 or +10.5 meant. That’s why it was so cool to be able to interview the guy on a weekly basis for a few years. The CFL wouldn’t be where it is today without the TSN panel. Those guys helped vault this league to a new stratosphere. And always sitting right in the middle was Schultz.