Steinberg’s MMQB: 3 questions ahead of the 2021 CFL Draft 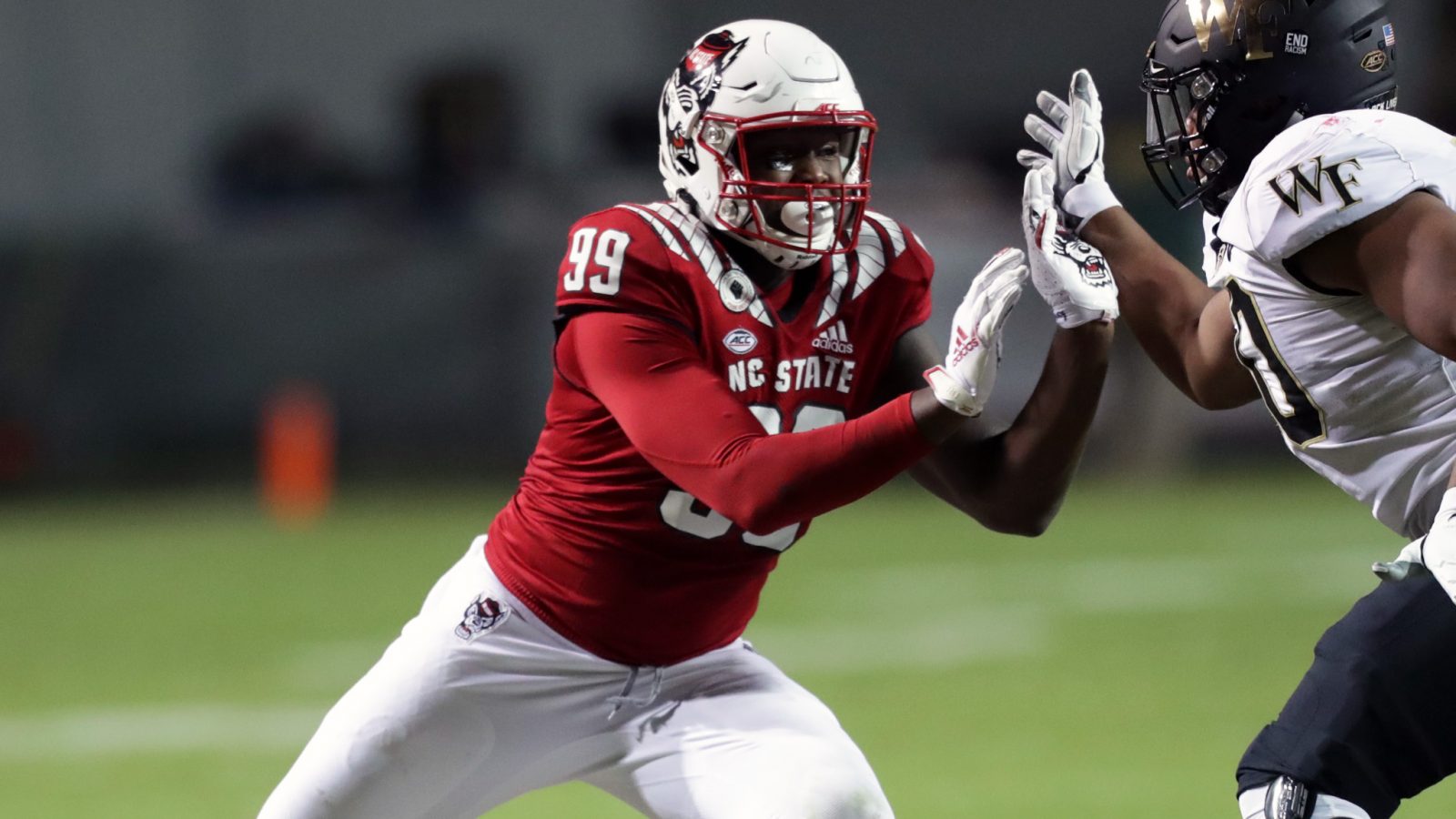 Steinberg’s MMQB: 3 questions ahead of the 2021 CFL Draft

We found out a crucial date on the calendar this past week when the league announced May 4 for the 2021 CFL Draft. It’s more familiar timing as we move closer to the traditional start of training camps and the current start date to the 2021 season. And, knowing all that has transpired the last year or so, it shapes up to be the most interesting draft we’ve ever seen.

With a date set, here are my three biggest questions heading into next month.

What team is best situated?

This one is easy for me, as the Hamilton Tiger-Cats are in a great spot. Not only do the Ticats have four picks in the first three rounds, they’re also spaced out nicely. Hamilton ended up with the first overall pick when the random draft order was determined, which is exciting. But a trade made almost three years ago puts them in an even better position.

When the Tiger-Cats sent Johnny Manziel to Montreal in July 2018, they received a pair of first round picks in return, including one this year. Well, the Alouettes ended up with the ninth pick in the 2021 order, which means Hamilton will now select first, ninth, 18th and 19th in the first three rounds.

For anyone that plays fantasy football and is familiar with the snake format, you know how big this is for the Ticats. By also owning the ninth overall pick, Hamilton avoids the dreaded waiting period between their first pick and their next, which is the last selection of the second round. At the same time, the Tiger-Cats keep their two picks on the “turn” at the end of round two and the beginning of round three.

No one saw the first-ever snake draft coming, so it’s not like Hamilton planned for this. But with the way things have shaken out, it couldn’t have worked out much better for them. 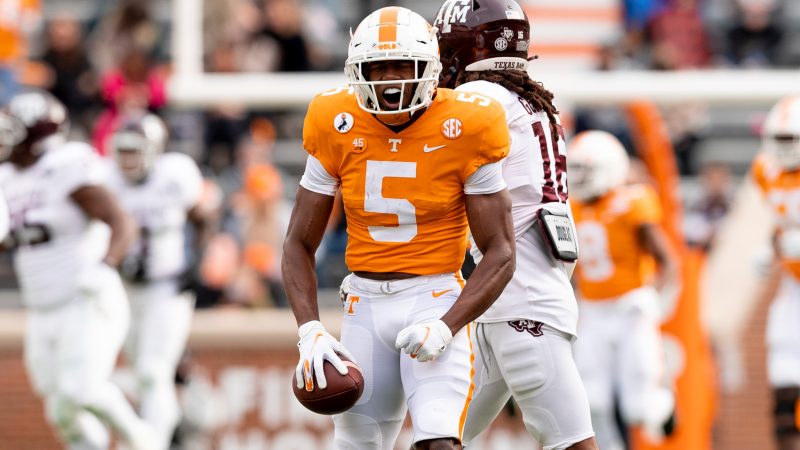 Tennessee receiver and Brampton, Ont. native Josh Palmer has NFL buzz around his name. His NFL fate will undoubtedly impact where a CFL team takes him in the May 4 Draft (Photo: University of Tennessee)

What top prospects go in the NFL Draft?

The 2021 NFL Draft goes over three days between April 29 and May 1, which means we’ll see a three-day gap before Canadian teams go about making their selections. And, as always, how things go south of the border will impact how the CFL Draft order shakes out a few days later.

Does the snake draft even the playing field?

Our Jamie Nye wrote on this more in depth over the weekend, but my simple answer is yes, it does very much even the playing field. For a draft being held following a season that wasn’t played, it would have been unfair to repeat the same order from 2020. To keep getting the top (or bottom) pick in each round based on standings makes the most sense in normal circumstances, but as we know, this is anything but a typical year.

By randomizing the order and employing a snake format, the league has done the only two things they could have done to make the 2021 draft as equitable and even as possible. Nothing was going to be perfect or satisfy every team, but in an imperfect situation, trying to find the best-case scenario is the way to go. 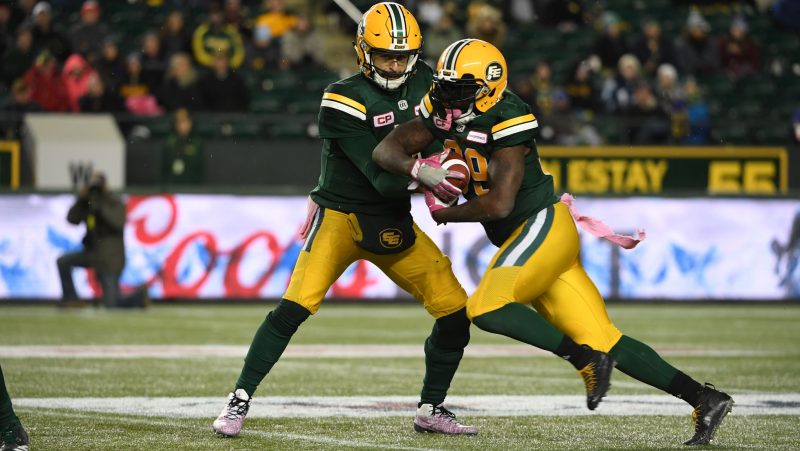 A tip of the hat

Congratulations to C.J. Gable on a great CFL career. Gable retired after seven seasons late last week and signed a one-day contract with the Hamilton Tiger-Cats to go out the same way he entered the league: In black and yellow. But it’s funny, because for me, the most memorable stretch watching Gable play came immediately after he left Hamilton.

When Edmonton acquired Gable in October 2017, they brought in something that was missing from their high-octane offence: a consistent running back. Instantly upon arriving, Gable balanced an attack that boasted Mike Reilly in the midst of a 5,830-yard season and receiver Brandon Zylstra, who would lead the league with more than 1,600 receiving yards.

But Edmonton simply did not have a running game. Until Gable, that is. In his first game in green and gold, Gable went for 111 yards and two touchdowns. He followed that up with two more 100-yard games and three more rushing touchdowns. All of a sudden, the league’s best passing offence had another facet.

Edmonton was 7-6 and had lost six straight before Gable arrived in 2017. They finished the season 12-6 and on a five-game win streak with Gable on the depth chart. Knowing how the season was going at that point, it was anything but a coincidence.

The following two years in Edmonton, Gable racked up the only two 1,000-yard seasons of his career. He was as reliable and consistent as you could find in his last two CFL seasons, but was an unsigned free agent prior to the cancelled 2020 season. At 33, the former USC star opted to retire.

Let’s not forget it was in Hamilton where Gable truly established himself in this league, though. The Ticats gave Gable a shot after he was cut in the NFL and released in the Indoor Football League, and for that he’s forever grateful.

“You guys are family,” Gable told Ticats.ca. “You guys gave me an opportunity to play again. I was down. I knew I was good but I was questioning myself and why I’m not playing. Then I prayed on it and you guys came along and gave me a shot.”

Gable was a monster in his first CFL season with Hamilton. He racked up 782 rushing yards and seven touchdowns. Gable added 600 receiving yards and five more majors. And, after a couple seasons marred by injury, he bounced back with three great seasons in 2017, 2018, and 2019 to finish his career.

Well done, C.J. It was a pleasure watching you play.