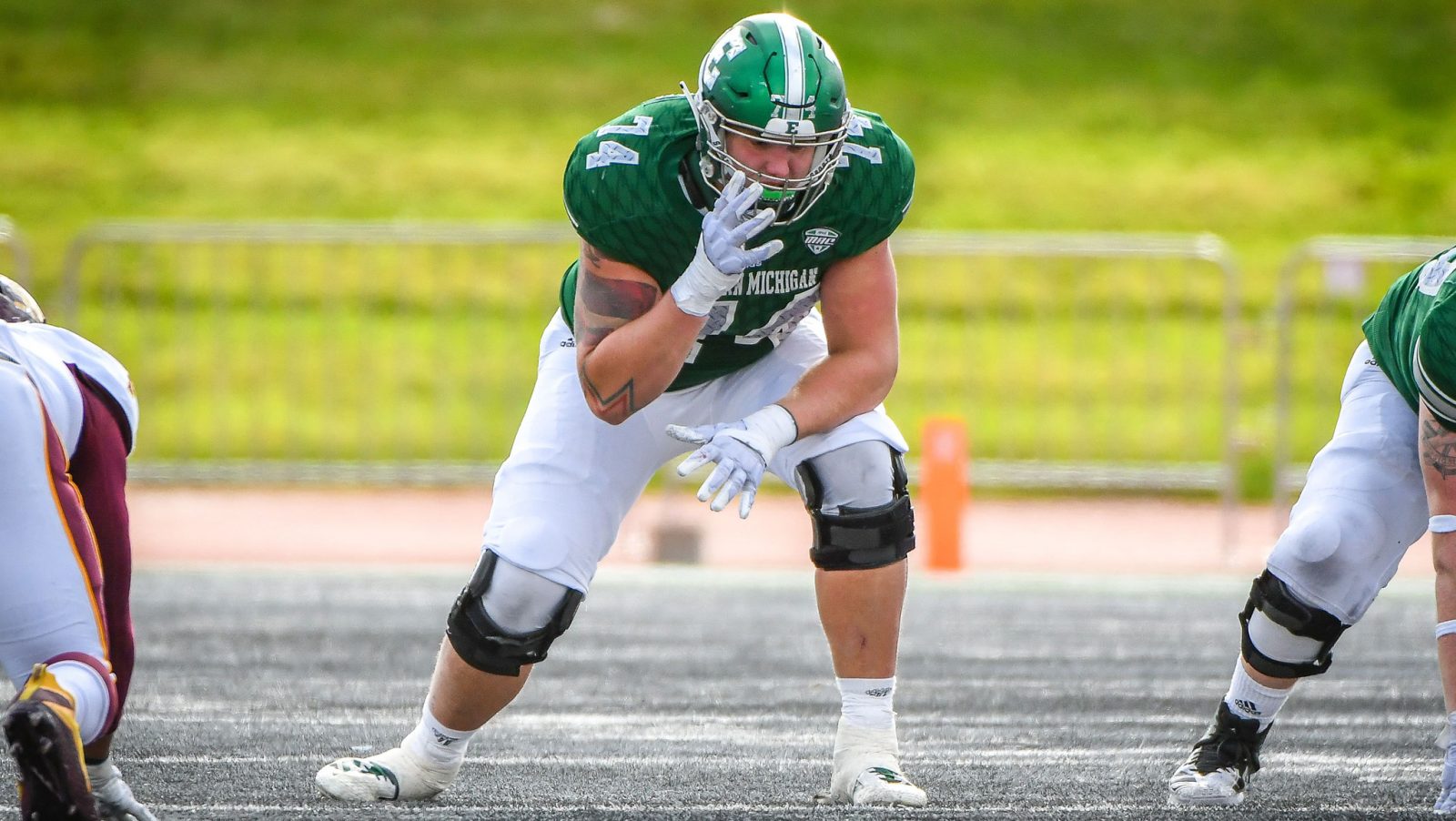 As Steven Nielsen continues to train and prepares himself for the possibility of traveling across the Atlantic to play Canadian football, he’s surprisingly comfortable with what’s in front of him.

When it comes to traveling to pursue his football dreams, the almost six-foot-eight, 323-pound tackle from Denmark has plenty of experience there.

He learned about football from his older brother, who also played offensive line. When he got serious about the game as a teenager, he wanted to get the best competition that he could find. So he packed his bags and moved to La Porte, Indiana, where he played two years of high school football at La Lumiere High School.

“It was difficult in the beginning, just being away from my parents,” Nielsen told reporters this week on a conference call,

“Then football-wise, of course. In Denmark we practiced twice a week, and they had practice every day, weightlifting in the morning. That definitely helped me transition into college as well. It wasn’t that huge of a jump from high school to college, as it would have been if I came straight from Denmark.”

Nielsen’s experience with the American game should help both his comfort level and his positioning on CFL teams’ mock drafts as they get ready for the April 15 Global Draft. He played well enough at the high school level in Indiana to have multiple options for a collegiate career.

He chose Eastern Michigan and went on to play 49 games for the Eagles, where he started in 39 of them. He played in three bowl games (Bahamas in 2016, Camellia in 2018 and Quick Lane in 2019) and helped Eastern defeat three consecutive Power Five opponents — Rutgers in 2017, Purdue in 2019 and Illinois in 2019 — while being named an MAC Distinguished Scholar Athlete and was named to the All-MAC Academic team twice.

From the college ranks, Nielsen spent some time with the Jacksonville Jaguars, signing as an undrafted free agent in late April, 2020. While the team cut him a few months later in August, the fire was lit for Nielsens’ desire to have a pro career. If he’s drafted, he’d arrive in training camp on a path very similar to many Americans that will be trying to win a roster spot with him.

“Playing Division I college, it’s going to give me an advantage,” he said. “I’ll be playing some of the same guys that (I was) facing in the CFL (that I was) in college. So I know what it takes and I know how much hard work it is. 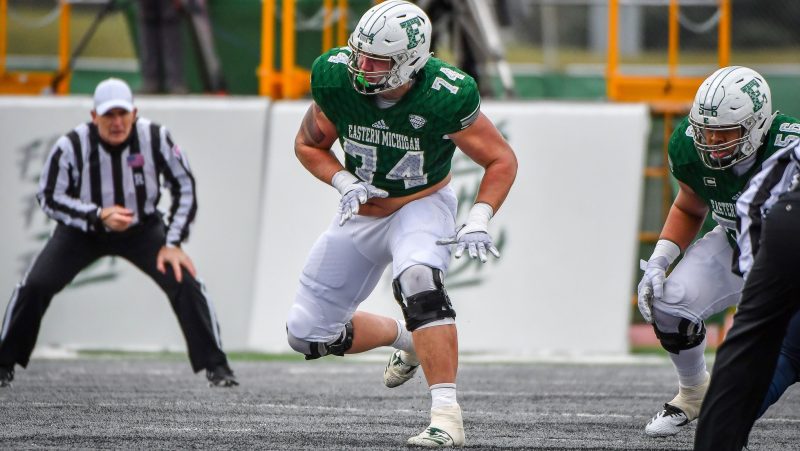 Nielsen recently submitted his virtual combine to the CFL and fared well. He had 26 reps on the bench press, jumped eight-feet, three and a quarter inches in the broad jump, 7.73-seconds in the cone drill, 4.67-seconds in the shuttle and posted a 5.43-second 40-yard dash. He was happy with his times, especially the clocked ones, considering he’s put on 30 pounds while training over this past year and improved almost all of his numbers from his 2020 pro day at Eastern.

“I just felt I was way too light when I was 286 (pounds),” he said. “I wanted to prove that I could put on weight and still move like that.”

It was much different from any combine he’d been a part of in the past, making sure everything was recorded properly.

“It was difficult, but it was kind of interesting to do as well,” he said. “It was definitely a challenge but it was something I enjoyed doing and as I said, I thought I did pretty well. I was happy with the results.”

Nielsen is eagerly waiting for next week’s draft. He’s studied the CFL and knows about the differences in the game and the challenges that come with playing a yard off of the ball on the offensive line. Like the combine process this year, it’s a challenge he’s happy to take on. After turning in one of the notable performances in the combine, he’s hoping to hear his name called quickly on April 15.