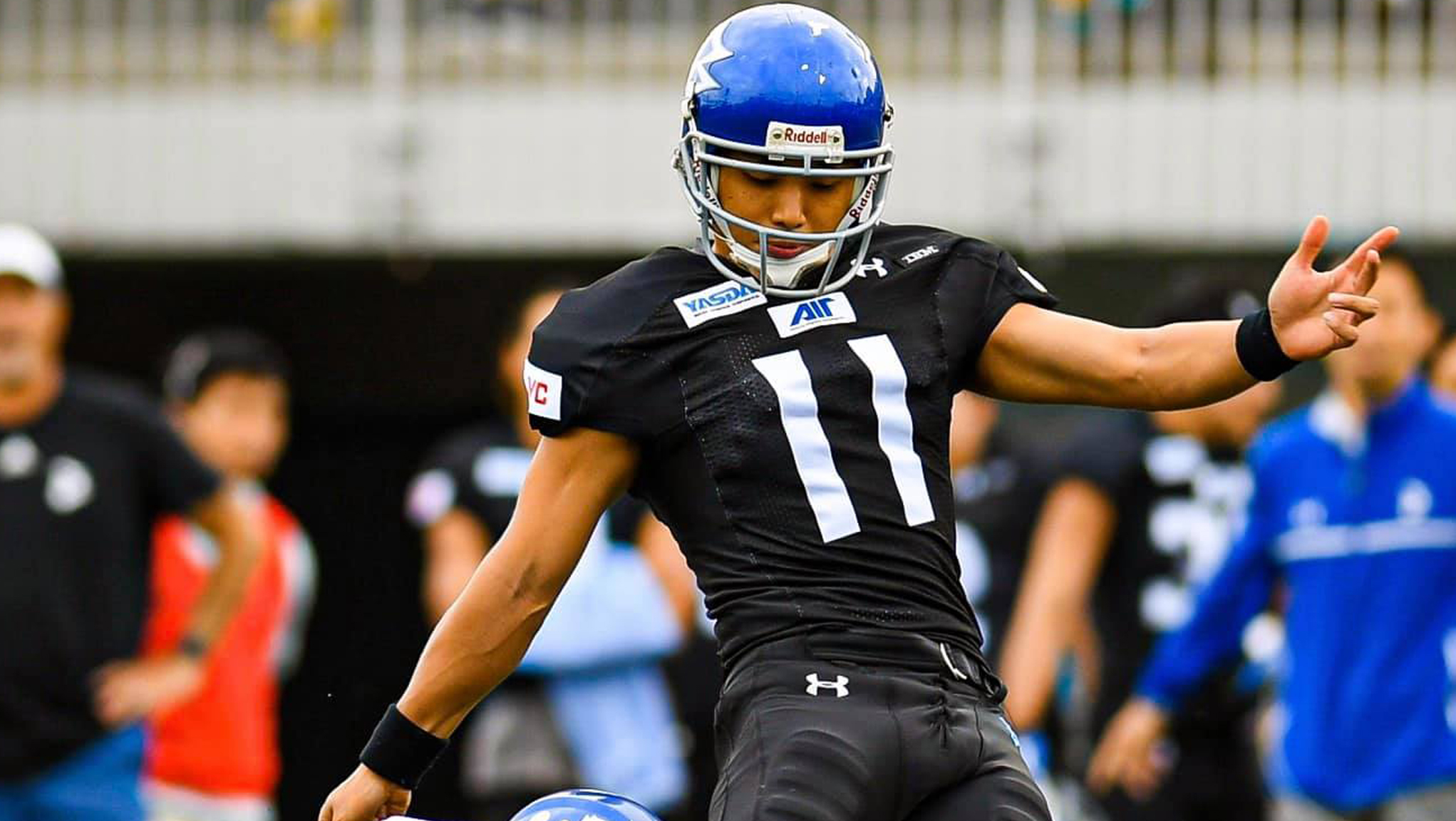 Sankoh signed as a free agent by the Cleveland Browns in 2018 as part of the NFL’s International Player Pathway Program and spent the next couple seasons on the team’s practice squad before being released at the beginning of 2020. The 5’11, 214-pounder had five tackles, a sack and a forced fumble during the 2019 NFL pre-season. Sankoh was born in Sierra Leone but grew up in Maryland before his family moved to London, England when he was 15. Sankoh would play DB for the London Warriors of the British Football League before an invite to train at IMG Academy in Florida as part of the Pathways Program.

Sato, 27, was chosen in the second round (16th overall) and played in Japan’s X-League for the IBM Big Blue, where he ranked first in accuracy in back-to-back years and tied the Japanese record for longest field with a 58-yard boot. The kicker is a product of Waseda University and helped his team to the Koshien Bowl, Japan’s college football national championship game, in 2015. Sato has been training in Southern California with former NFL kicker Nick Novak.