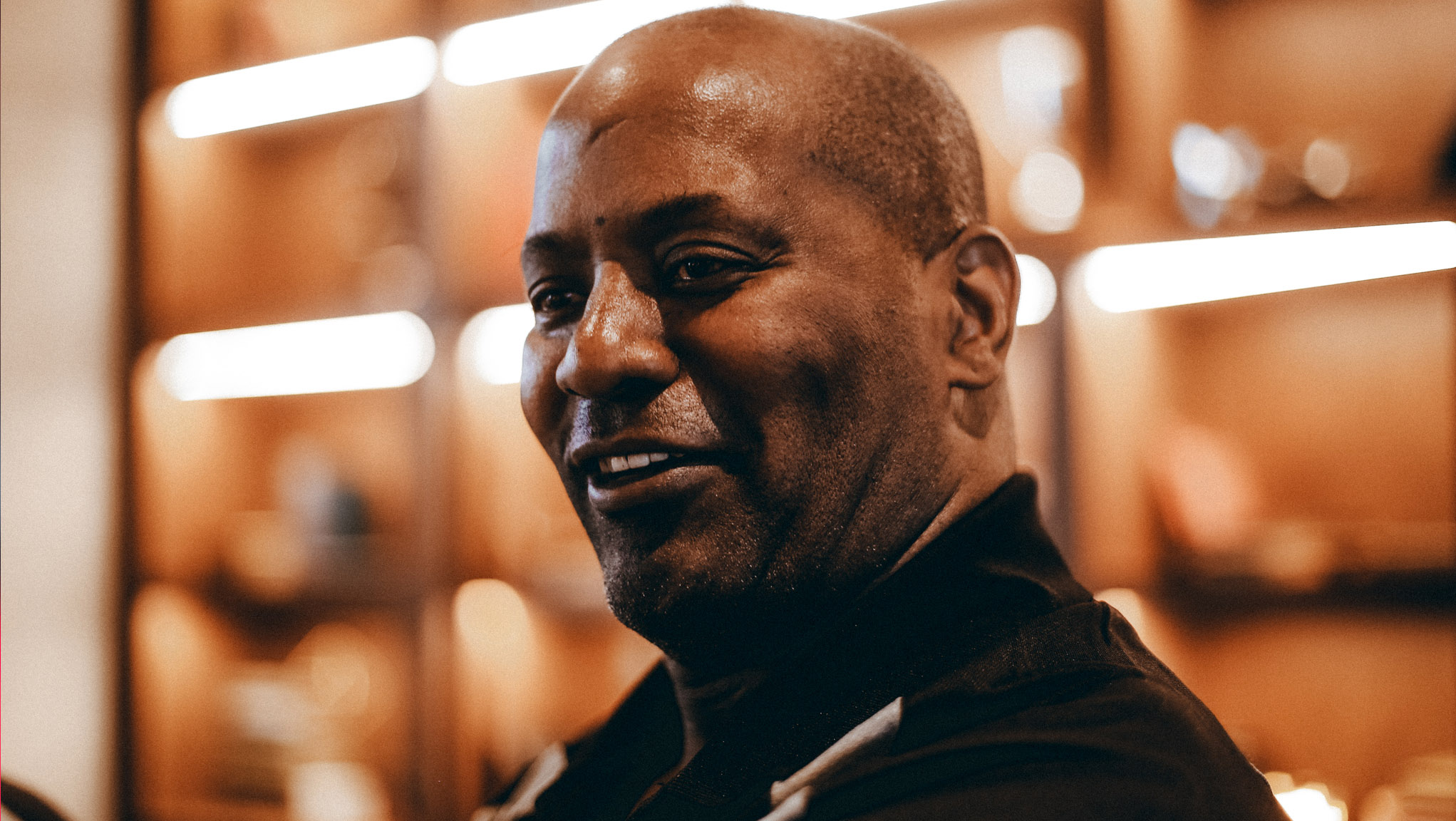 The start of every CFL season brings about a little bit of uncertainty for at least one position group. For the 2021 Lions, that’s where Leroy Blugh comes in. Hired as defensive line coach by his old friend Rick Campbell in January 2020, Blugh himself brings instant credibility.

A veteran of 15 seasons as a player with Edmonton and Toronto, Blugh was twice named a CFL West All-Star, sipped from the Grey Cup in 1993 and took home the CFL Most Outstanding Canadian Award in 1996. He was then enshrined into the Canadian Football Hall of Fame in 2015. As for the players he will be leading in his long-anticipated first season in the den, let’s just say one word comes to mind: potential.

Outside of CFL veterans Chris Casher and J.R. Tavai, the list of defensive linemen coming to camp probably won’t be viewed as household names just yet. The good news? Some of the great players this league has ever seen once entered camp as just names on a depth chart. Blugh joined 1st and Now to talk about his excitement to have such a solid mixture of CFL vets and those getting their first exposure to this league.

“Some of these big-name guys can really play and in my mind, I just don’t want to mess it up,” said Blugh with a chuckle.

“They know a lot about football, they’ve learned a lot about our system and guys like Obum Gwacham, guys that have experience, they want to learn what it is we’re going to do. But as I’ve said previously, they can help our guys and our guys can listen to them.”

Gwacham is a 6’5, 250-pound defensive end with 15 games of NFL experience split between New Orleans and the New York Jets between 2015 and 2017. Ufomba Kamalu is another CFL newcomer who starred at the University of Miami and went to appear in regular season action with both the Houston Texans and New England Patriots.

Blugh also cited Lewis Neal who suited up at LSU before an eight-game stint with the Dallas Cowboys in 2017. Recent addition Ade Aruna was a draft pick of the Minnesota Vikings. Moral of the story? Not all of these names might be recognizable to the average fan. But that means some may be pleasantly surprised at the amount of talent on the defensive line set to report to Kamloops later this year.

“They’re play-fast guys that can really churn things up, be disruptive. As I said, I want to coach them up but I don’t want to mess them up,” added Blugh.

It should lead to some intense camp battles up front. 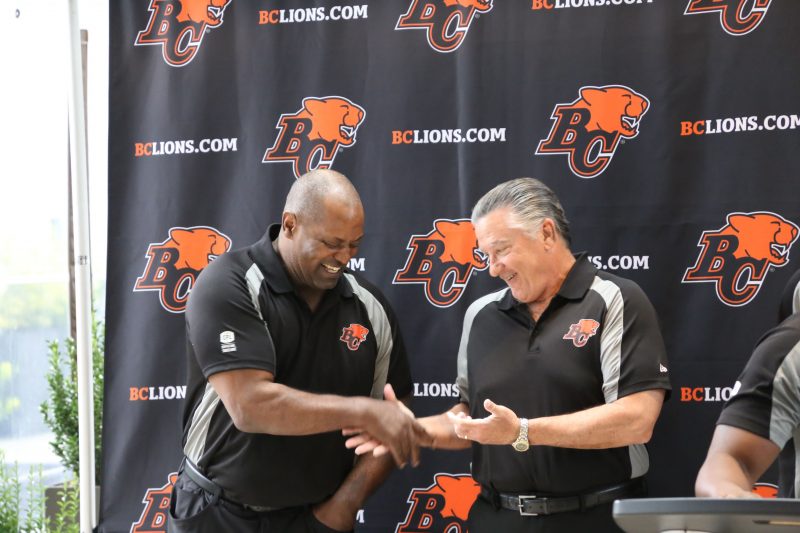 Following his playing career, Blugh made the seamless transition to the sidelines, eventually landing as head coach of Bishop’s University from 2005-10. After serving as Edmonton’s defensive line coach in 2013, Blugh joined Rick Campbell with the expansion Ottawa REDBLACKS and would help build that franchise into Grey Cup champions in year three. He then jumped at the opportunity for a reunion on the west coast.

“I like the opportunity to join his staff. I like the way he does things. Coming out here to BC, it’s a new opportunity to kind of re-load and get things the way we want them; to be able to play vertical, play smart, play fast. I really enjoyed that opportunity previously in other places. Those are things that you had to evolve. We had to do that with a lot of young players (in Ottawa). With more veteran guys that get it, I really enjoy that aspect of it and coaching here in BC with everybody and, of course, coach Rick.”

Continuity helps in the football world and the 2021 Lions will be better off for that familiarity within the coaching staff. 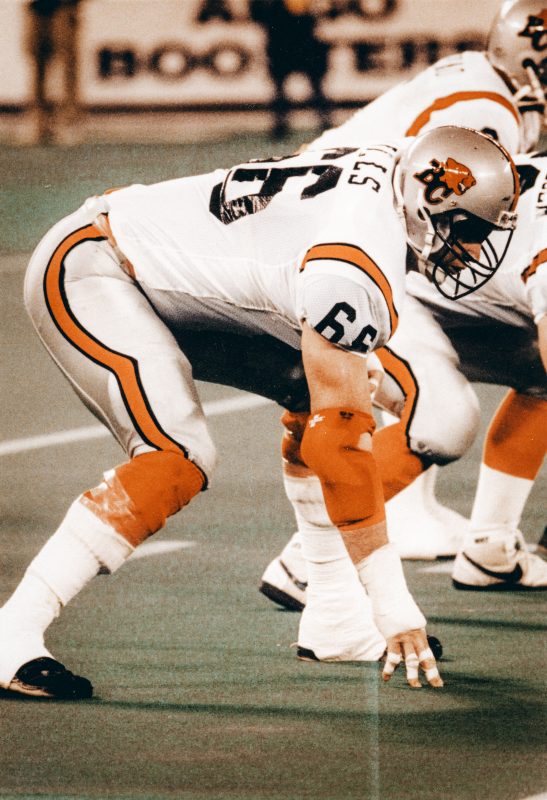 Over the course of his playing days, Blugh certainly had to tough it out in the trenches with many elite offensive linemen. When asked to recall the one he loved playing against the most, he didn’t hesitate. It was none other than Lions legend Jim Mills, a three-time CFL All-Star and winner of the 1990 league Most Outstanding Linemen award.

“He’s a big, tall guy. Long arms. He would sometimes have a season where he wouldn’t give up a sack,” he remembers.

“He was very good. As a young player starting out, he was a big-time foe to get used to playing against. I just thought he was a great player. He’d play the run, he could pass block and it was challenging playing against this guy and trying to pass rush and get pressure on the quarterback. Jim Mills is a guy I’ll never forget. He played that position very well.”

Talk about earning your spot in the Canadian Football Hall of Fame. Now Blugh gets ready to develop his current defensive linemen for battle with the big men on the other side of the line of scrimmage.