Steinberg’s MMQB: One TC question for every East team 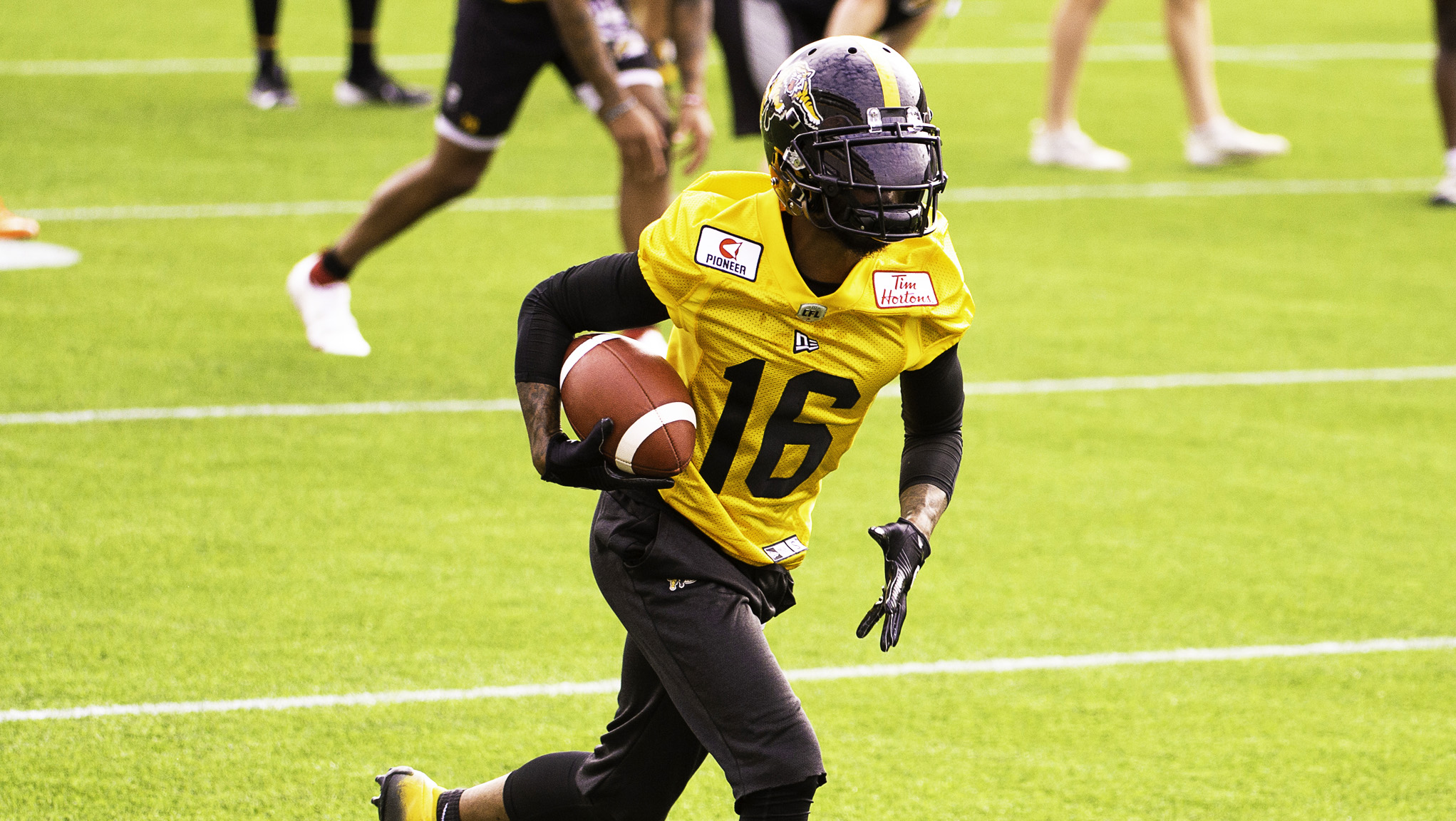 Steinberg’s MMQB: One TC question for every East team

It was awesome to see training camp get underway across the country this weekend.

We’ve been anticipating and preparing for this season for a long, long time, but to see players back on the field made it feel real. Last week we asked one camp question for all five West Division teams, so this week we’re focusing on the East.

RELATED
» Equipment managers ready for new challenges ahead of camp
» Steinberg’s MMQB: One training camp question for every team in the West
» Checking Down: News and notes from the first few days of camp

Toronto Argonauts: Can all those additions get them back to the top?

Charleston Hughes. Cameron Judge. DaVaris Daniels. Nick Arbuckle. Ricky Collins Jr. Henoc Muamba. Eric Rogers. Drake Nevis. Cordarro Law. Juwan Brescacin. Odell Willis. I think I hit all the high profile additions made by the Argos since we last saw them in November 2019, and mass apologies if I missed anyone. Either via trade or free agency, Toronto is set to be a drastically different squad this season. But how will that translate on the field?

With all those superstar names added to the fold, the Argonauts should be fighting near the top of the East Division this season. This type of roster turnover is unprecedented, which means there’s not a lot to compare it to. Winnipeg went hard in 2016 free agency, which is the closest example I can think of. That paid off immediately and laid the building blocks for a 2019 Grey Cup title. If it all comes together for Toronto, this should be a very strong squad. If it doesn’t, you can’t say they weren’t aggressive.

Hamilton Tiger-Cats: How will they manage the highest of expectations?

2019 was almost as good as it gets for the Ticats. They finished with a franchise-record 15 wins. Brandon Banks was the CFL’s Most Outstanding Player. Orlondo Steinauer was named Coach of the Year. Chris Van Zeyl (Most Outstanding Offensive Lineman) and Frankie Williams (Most Outstanding Special Teams Player) also won major awards. But it all felt a little hollow for Hamilton when they were beaten 33-12 by Winnipeg in the 107th Grey Cup.

After falling one win short of their ultimate goal, the Tiger-Cats enter the 2021 season with the highest expectations anywhere. So much is remaining the same, starting with Steinauer on the sidelines. Save a few departures, Hamilton is also returning almost their entire core. From their elite defensive line to a crop of game-breaking receivers and more, the Tiger-Cats look virtually identical. That means anything short of a Grey Cup title is out of the question in Hamilton. I’m fascinated to see how they deal with those type of expectations.

I was pretty happy for Paul LaPolice when Ottawa named him the second head coach in franchise history in December 2019. This guy earned his second opportunity to run a CFL team and didn’t cut a single corner in getting back to the top of the mountain. After more than a decade of grinding, LaPolice got less than three years as a head coach in his first go-around with Winnipeg. Then, after some time as a television analyst and a return to the Bombers as offensive coordinator, LaPolice is finally back where he wants to be.

Of course, the journey is only part of the battle. Now LaPolice is tasked to get results with his new team. After a difficult 2019 campaign, there’s nowhere to go but up for the REDBLACKS. A few late retirements will take some adjusting to, but LaPolice has a ton of familiarity with quarterback Matt Nichols, which is a positive right off the hop. Ottawa has also made key defensive additions in Cleyon Laing and Don Unamba. Perhaps expectations shouldn’t be sky high in Ottawa, but the key for LaPolice is to take a step forward from 2019 and lay new groundwork. That’s exactly what I think he’ll do.

Montreal Alouettes: Can they take another step after a resurgent 2019?

It was awesome to see the Als return to relevance and prominence last season. Led by breakout star Vernon Adams Jr., Montreal finished second in the East with a 10-8 record and returned to the playoffs for the first time since 2014. Even though they fell just short against a veteran Edmonton squad in the Eastern Semi-Final, there was a lot to build on. Now the Alouettes will strive to use that foundation to take the next step. They’re in a good spot to do just that.

Unlike his first year, head coach Khari Jones has time to truly prepare for a season this time. Remember, he took over for Mike Sherman less than a week before the 2019 season. There’s automatic continuity with Jones at the helm right from the get go, and that’s aided by the return of key offensive pieces Adams, William Stanback, B.J. Cunningham, and Eugene Lewis, among others. Montreal also added on their defensive line by signing Almondo Sewell and Nick Usher. 2019 saw the Als lay important groundwork and they’ve got really nice building blocks. I’m intrigued to see how it all comes together this year.